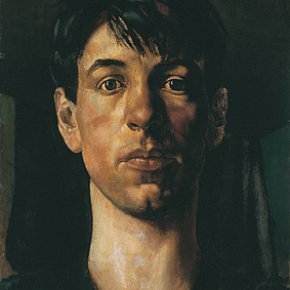 Sex fascinated Stanley Spencer. But so did angels, the transcendence of the spirit through faith, and life in his home village of Cookham where, as a child, he believed biblical events had taken place and been witnessed by local folk.This confluence of religious and rural influences, and his belief that sexual and spiritual desire were entwined, were resolved in an intellectually energised... > Read more 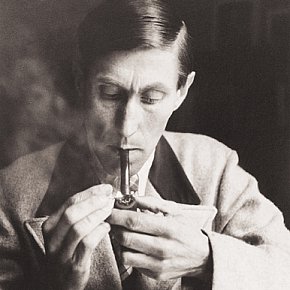 Lazlo Moholy-Nagy would argue that our eyesight was defective and limited. He would cite the pioneering 19th-century German physiologist Hermann von Helmholtz, who told his students if an optician made a human eye and brought it to him he would say, "This is a clumsy piece of work".The punchline for Moholy-Nagy would be that we have a better optical instrument than the human eye: the... > Read more 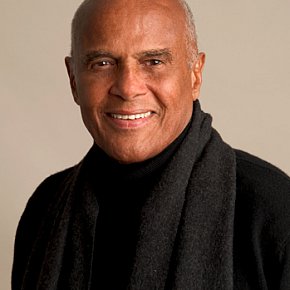 Harry Belafonte’s voice has been his passport. It was his passage out of poverty as a young man and has allowed him access to the hearts of people as he tirelessly articulates the struggle for human rights.As he stood alongside Dr Martin Luther King, Eleanor Roosevelt and Nelson Mandela as a friend and confidant, his was a compassionate voice for equality, justice and the rights of... > Read more 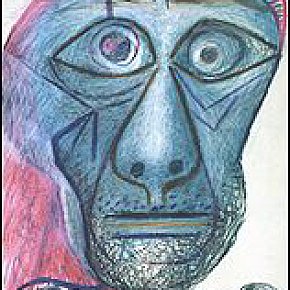 In his last self-portrait -- a crayon on paper work done nine months before his death in 1973, at age 91 -- Pablo Picasso created a disconcerting image: the eyes wide as if terrified, the mouth taut and drawn tightly over the teeth, and the face gaunt with defined cheekbones quite unlike what his bowling ball face actually looked like. It is a portrait of the man within, the image of a man... > Read more 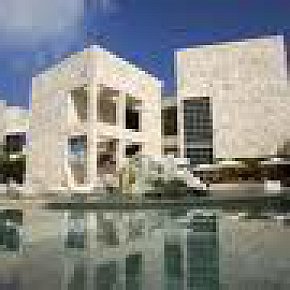 High in the hills overlooking Los Angeles, The Getty Centre offers a commanding view. “Yeah, on a clear day you can see smog forever,” says a droll Angelino as he stares into the blue-grey gauze which lies lightly over his city on this typically perfect, dry day. That said the Getty, as it is commonly known and which opened 18 months ago, is beautifully appointed on a... > Read more 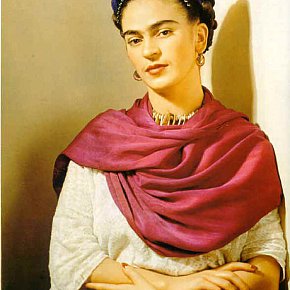 Pain. The word rings like a refrain in any discussion of painter Frida Kahlo. Her pain is writ large on the pages of even the most meagre of biographies: the crippling polio at age 6; the horrific bus accident at 18 and the more than 30 operations she endured as a result; the emotional wounds in her marriage to the great Mexican muralist Diego Rivera, 20 years her senior, whose serial... > Read more 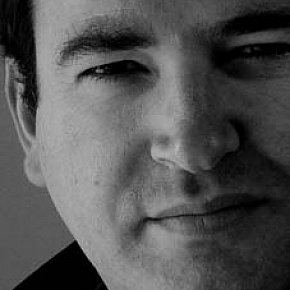 After John Psathas won best classical album of 1999 at the New Zealand Music Awards in March, nothing happened. No arts writers called wanting to profile this prolific composer, sales of the album Rhythm Spike on the independent Rattle label didn't jump, and no critics decided to belatedly acknowledge this exceptional album which, on initial release, had only one print review. Even... > Read more 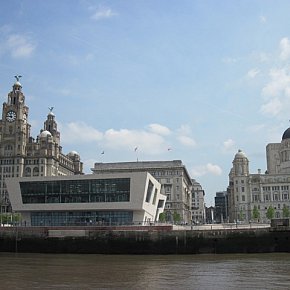 As the vessel pulls away from the pier, the soundtrack is predictable: the 1964 hit by Gerry and the Pacemakers Ferry Cross the Mersey, Gerry Marsden’s paean to this, his hometown of Liverpool. What is less expected on this short trip across the River Mersey and back is the commentary which sketches in the fascinating history of the Wirral Peninsula opposite where thousands once came... > Read more 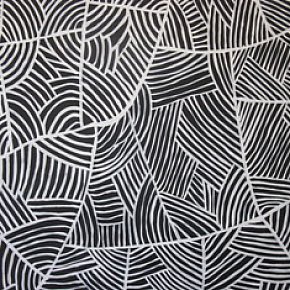 For a quiet suburban street in Waterloo where small workshops sit alongside brick homes and the occasional eatery, there are a few meters of Sydney’s Danks Street fascinating for their art -- and the flinty undercurrent of gossip and innuendo. When John Ioannou opened his Agathon Galleries opposite the Danks Street Depot with its excellent restaurant and art arcade -- which includes... > Read more 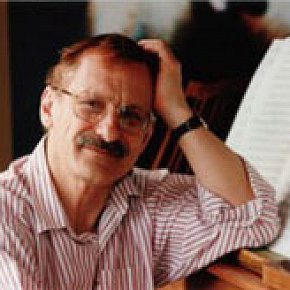 The music skitters off the disc as the Greek fiddle player takes to the tune at alarming speed, the notes slewing into each other. The piece is Horos Serra, recorded for a 1973 collection, and it captivated Wellington composer Jack Body so much that he transcribed it. No mean feat, given the density and difficulty of the piece which lasts a little over three minutes. "The rhythmic... > Read more 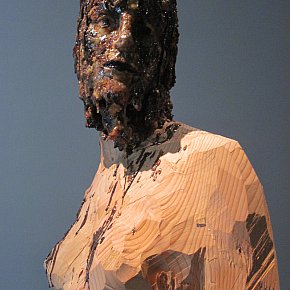 Should Venice sink beneath the sea, it is possible the city could be reconstructed exactly by referring to the millions of photographs tourists have taken of every palazzo, piazza, corner and calle. On any given day -- in bitter winter or the smelly humidity of summer -- Venice is crammed with visitors snapping and filming.  Venice’s decaying elegance, arguably an art... > Read more 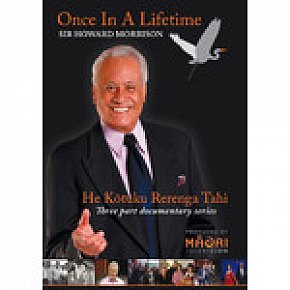 In my blog at Public Address I noted the sad coincidence: I started watching this three-part interview with Sir Howard Morrison on Tuesday. On Thursday night I heard that he had died. I also noted there that among the things I had scribbled in my notebook while watching just the first part where he speaks of his childhood was, "When Sir Howard, now [?], passes on we will perhaps... > Read more 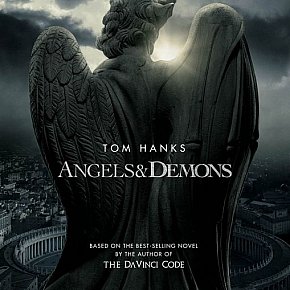 Dan Brown's Vatican-based thriller Angels and Demons typically raises lots of questions: notably why would you buy the book now when you can just go see the movie? But to give Brown his due, he writes a cracking story which in the film fairly belts along -- and has as its backdrop the arcane mysteries of a Papal Conclave, the time when old red-frocked cardinals get behind locked doors and... > Read more 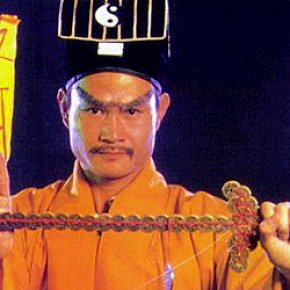 Those who knew Hong Kong actor Lam Ching-ying describe him as disciplined and often severe, generous to his colleagues, but so private that when diagnosed with liver cancer in mid-1997 he didn't even tell his closest friends.  He died that November, aged 45, and his pallbearers included actor/director Sammo Hung and Jackie Chan. At his request, his ashes were flown to the United States... > Read more 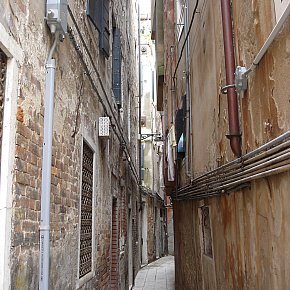 Pity the Welsh, and not just for their poor rugby team. At this year’s Venice Biennale their artists were at a site so removed you probably only found it if you got on the wrong boat heading out of town. In a city of bewildering lanes, many exhibitions were as elusive. Even those from Iran and Afghanistan -- their banners draped along the Grand Canal -- proved difficult to locate.... > Read more 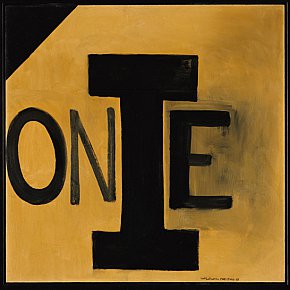 It can happen anywhere: in Miami you hear OMC's How Bizarre, on late-night television in London Smash Palace turns up, in a Japanese park you come across Maori carvings, in Hong Kong a woman is wearing a bone pendant of familiar design ... This not the shock of the new, rather the frisson of the familiar.Our culture, inchoate some say, resonates powerfully to us as New Zealanders in these alien... > Read more 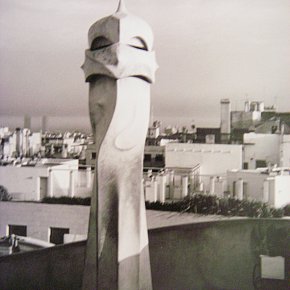 We should expect to suffer for our art. God knows I have for mine -- although standing in the rain outside Madrid's famous art gallery the Prado on a bitterly cold day might just have be taking it too far. It was. I quit the queue and headed back to my tiny hotel room for a warm shower, then jumped puddles to the nearby bar where I cheerfully wasted both myself and a wet Sunday. That... > Read more 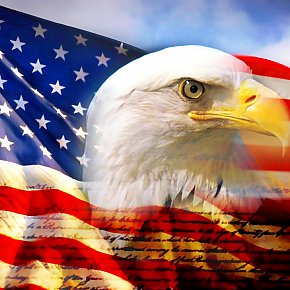 The cover of New York's weekly Village Voice in early June encapsulated the feeling in a single image. It was a variation on Grant Wood's famous painting American Gothic, the portrait of the elderly, pitchfork-bearing Iowan farmer and his spinster daughter. But rather than representing the Puritan ethics and hard-working dignity of the Midwest as Wood's 1930 painting intended, in the Voice... > Read more 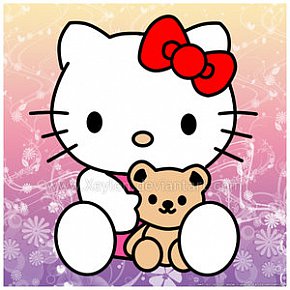 If you took the idea to the marketing department it would go nowhere. Imagine the pitch: “Hey guys, here’s an idea, just run with me on it for a minute. We create this little blue cat thing for, I dunno, comic books, magazines and who knows, maybe even movies. Then we put its picture on every piece of merchandising we can think up.” But blah-blah? “Yeah, good... > Read more