New Zealand's annual APRA Silver Scroll awards, held this year at Vector Arena in Auckland on Tuesday October 15, acknowledge the strength and diversity of New Zealand songwriters, but also include the Sounz award for contemporary classical works (the finalists, with musical examples are here) and the Maioha award for Maori songwriters. The finalists for the 2013 APRA Maioha Award are . . .... > Read more 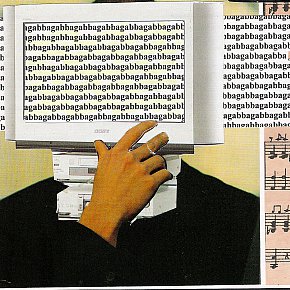 In recent years the annual APRA Silver Scroll award night for songwriters has expanded into acknowledging New Zealand finest contemporary classical compositions, and to acknowldge these composers we include their work here. “SOUNZ is thrilled that APRA provides this opportunity to recognise recent New Zealand compositions and highlight their outstanding levels of creativity and... > Read more 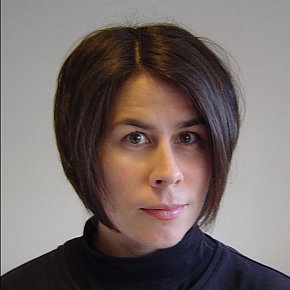 Australian set and costume designer Zoe Atkinson explodes with laughter, mock horror and a frisson of fear when I tell her she has just given me my headline. “No, you can't say that,” she shrieks. We'd been talking about how her seven-year old son hadn't been able to see her very adult previous production of Richard Strauss' Elektra for the West Australian Opera... > Read more 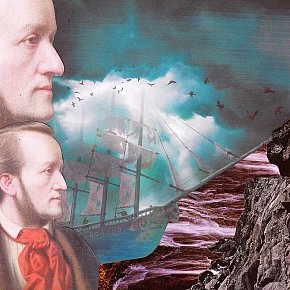 Some years ago when I interviewed Paul Simon, I brought up a topic I knew he'd be uncomfortable with. His Broadway play The Capeman. The show – which had cost US$11 million by some estimates – was savaged by critics, the public stayed away and the thing folded after just 68 performances. It was by no means the biggest flop on Broadway –- Kelly in '65 lasted just... > Read more 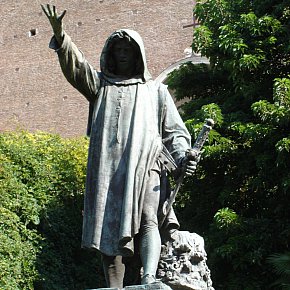 Rome hadn't seen anything like him before, this strutting little fanatic who was so gifted with words he could move a crowd to mass action. A born propagandist, he was often invited into the homes of the wealthy for their amusement as they listened to him rant over the dinner table. But when he finally took complete power---without a hand raised against him---he ruled with ruthless... > Read more 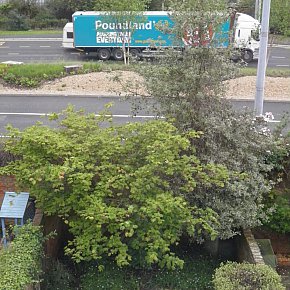 The end of the back garden at Charles Dickens' birthplace (right) in Portsmouth was shaved off in the Seventies for the M275 which aims north to the A3 for London. A shame – although Dickens, a “navy brat” in current parlance, only lived here for five months – but perhaps emblematic. By coincidence, the cul-de-sac in front of Dickens' first home -- then... > Read more 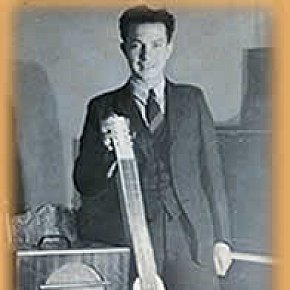 The wonderful Bill Sevesi is 90 as I write, and he has two compilation CDs out, each from a different record company. And each compiler -- working with Bill -- had plenty of music to choose from so there is no overlap . . . and room for quite a few more collections from this genius of lap steel guitar. Bill Sevesi has been featured at Elsewhere previously (notably in this profile) so... > Read more Odds are Mark Cross was among the oldest in the audience at the recent concert by American nail-hard metal rockers Tool. And probably the only artist. More than a decade ago he heard Tool's Enema and was taken by the lyrics “I'm praying for waves . . . flush it all away . . . learn to swim” which related to conversations he was having with the American writer Brad Matsen... > Read more In the on-going American discussion about "the right to bear arms", the flashpoints usually come from another shooting in a high school, a lone gunman on a rampage or what the Founding Fathers actually meant to say when they drafted the Constitution. Perhaps an interesting point of focus might be what happened in the late Sixties/early Seventies which is recent history . . . but... > Read more John Pule pushes aside another tangle of thick branches, steps through the ankle-grabbing undergrowth, scans the ground which is strewn with coconuts then peers closely into the green canopy above. We're in thick and humid bush but he pushes on across the slippery limestone, further and further away from the narrow track which has lead him here. After more fruitless searching he... > Read more 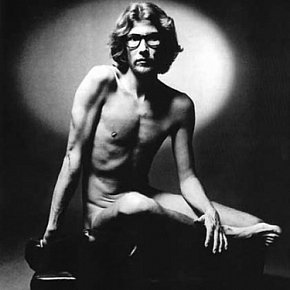 While there's no argument about the genius of fashion designer Yves Saint Laurent, the jury is still out over his artwork. In my family, at least. After a visit to Jardin Majorelle in Marrakech – one of his former homes with partner and business manager Pierre Berge – I observed his posters in the Galerie Love (heavily laden with the word “love”) looked like... > Read more 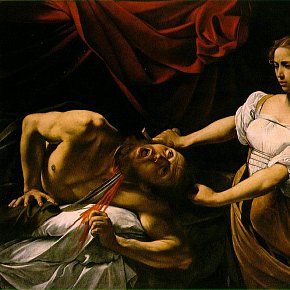 Few 17th century artists engage the modern audience in quite the same way as the man known as Caravaggio. He was, by contemporary accounts, an aggressive knife-carrying and swaggering figure, an innovative but volatile painter who spent time in prison for various assaults and profanities. Then – while painting some of the most exceptional work of his period – he murdered a... > Read more 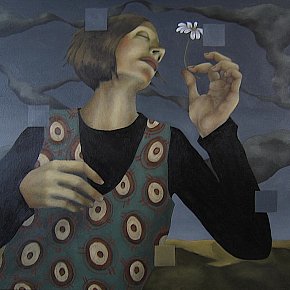 For more than 20 years Auckland artist Viky Garden has worked away from the mainstream of the New Zealand art world. Hers isn't a name that crops up regularly in general arts coverage and yet her self-portraits in solo exhibitions and group shows have won her a dedicated following. She has gallery representation in New Zealand, Britain and the US, and in 2011 she was a finalist in the... > Read more 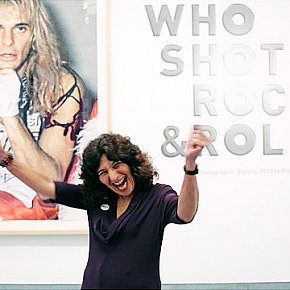 Chrissie Hynde of the Pretenders – appropriately wiry and driven, often in black, her signature fringe below her eyebrows – once said, “presentation is half of it in rock'n'roll. It's not just the music – there's music and there's attitude and there's the image”. From the uninhibited Elvis Presley captured by the camera when lost in the moment on stage in... > Read more 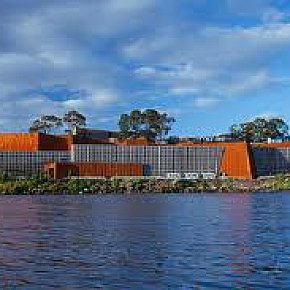 The afternoon I arrive in Hobart to visit the Museum of Old and New Art (MONA), Germaine Greer is at the Queensland launch of the Brisbane Writers Festival claiming half of those in the state couldn't read a newspaper of follow the instructions on a medicine bottle. Twitterworld gets frenzied, writer Les Murray says he wouldn't “turn aside from a good urination to listen to... > Read more 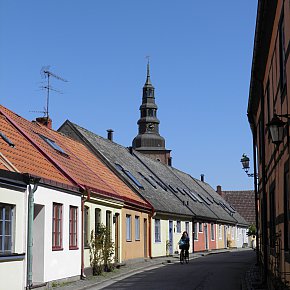 So this is where the killings took place. All around here the bloody brutalities were acted out under this vast sky hanging like an ever-changing canopy over these golden fields of rape plants in bloom, tall pine forests and the dramatic, wind-blown coastline. Lone wolves and serial killers walked through this photogenic landscape and along these orderly streets of tidy, well-kept... > Read more It was Joni Mitchell who said it first - and Counting Crows thought it bore repeating: "They paved paradise and put up a parking lot." It wasn't exactly paradise which disappeared under the wrecking ball in Auckland city, but for rock fans plenty of places that took them pretty close to heaven. When it comes to knocking down buildings, Auckland has an impressive track... > Read more 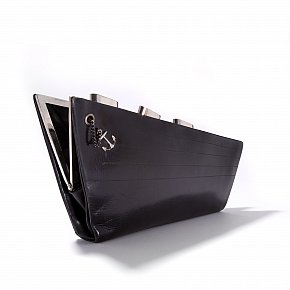 Behind a rather ordinary door off a quiet canal-street in Amsterdam is one of the city's most extraordinary museums, and this in a city which isn't short of museums. From the Rembrandt-stacked Rijksmuseum and the enormous Van Gogh collection to the ever-popular Sex Museum and one given over to tattoos (more interesting than you may think), Amsterdam seems awash with collections,... > Read more New Zealand poetry has mostly existed on the margins of available technology. In the days of records, James K. Baxter had some of his poems on the Barney Flanagan EPs, there was a 1974 collection of contemporary poets in a striking Pat Hanly-painted beer bottle cover and Sam Hunt's Bottle to Battle to Death album. But not much else, until Auckland University Press weighed in with... > Read more 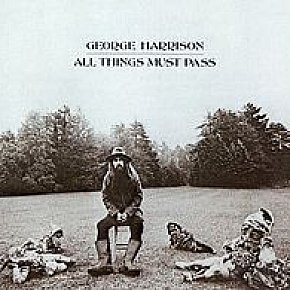 Since I first seriously reviewed an album about 40 years ago (the George Harrison triple set All Things Must Pass) I guess I have written in excess of maybe 6000 reviews of records/CDs/tapes etc -- and of course I have heard many, many more than that. Some people are well-read, I am well . . . Hmmm, there must be a word for it. In that time I have also reviewed hundreds of books, maybe... > Read more