The story is such an improbable cliché it can only be true: one night in the late 70s while driving between Stuttgart and Zurich, the famous jazz producer Manfred Eicher heard music on the radio so entrancing he had to pull over to listen more closely. Eicher – founder of the ECM label which has a reputation for music of often profound austerity – was so enthralled by... > Read more 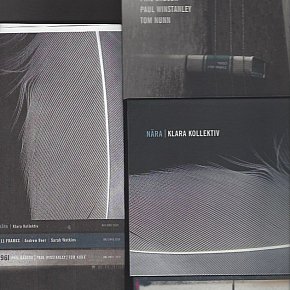 On paper the idea seems implausible and if it were a pitch for a movie the resulting film would either be a comedy, farce or tragedy. It goes like this: “We're going to start a record label which will be at the high end of production values. The recordings will be presented in full colour hardcover CD sleeves with photos and liner notes. None... > Read more The Beatles' story is one of coincidence, chance, luck and irony. What were the odds of McCartney meeting Lennon and them hitting it off, of them meeting photographers in Hamburg who could document the young band before fame struck, of Brian Epstein being interested in a scruffy pop group playing in a cellar, of classically trained producer George Martin at the minor league Parlophone label... > Read more Many people will know the story behind the cover of the Beatles' 1965 album Rubber Soul, a distorted image which by chance captured the slightly woozy atmosphere around marijuana and the Beatles' changing music at that time. This was the album which rescued the band from being hidebound by Beatlemania. The previous album Help! had hinted at new possibilities: Lennon's brutally honest... > Read more

The Auckland Philharmonia Orchestra looks like having a big double-banger bash in 2020 when it celebrates its own 40thbirthday (life begins at 40, right?) and ol' Ludwig Van's 250th. Beethoven has sent his apologies, he won't be able to make it when the APO presents four concerts of his music – The Classicist, The Romantic, The Revolutionary and The Radical – in March next year... > Read more 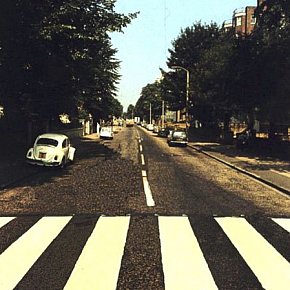 As most Beatle fans know, the group debated for weeks over what their final studio album should be called. Among the titles thrown around were All Good Children Go To Heaven and Four in The Bar. One of the more serious contenders was Everest which had a double meaning, it was obviously the name of the mountain but also -- in a more prosaic version and the inspiration -- the brand of... > Read more 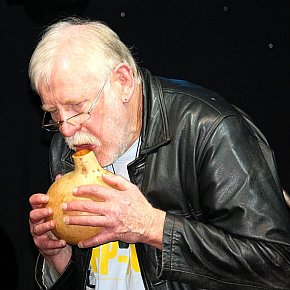 On Waiheke, one of the islands in the Waitemata Harbour of Auckland, there is a remarkable private museum of musical instruments. It is exceptional in one key detail. As many would know, museums lovingly curate their instruments in glass cases and protect them closely. Sometimes too closely. At a museum in Rome I was once followed by a small and seemingly angry guard who would jump... > Read more 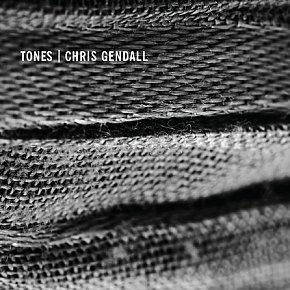 Elsewhere never lied to you, we announced ourselves as an “ever-expanding on-line magazine for people curious about new music, different travel, interesting arts and much more”. This album of contemporary chamber music by the award-winning composer Chris Gendall (a graduate of Victoria Uni, doctoral degree from Cornell, more recently Mozart Fellow at Otago Uni) is firmly for... > Read more Sometimes just because we can, Elsewhere makes a courageous leap into the world of contemporary classical music because – in part – that is where we grew up; La Monte Young, Reich, Glass, Nyman et al. But The Serious Old Big Stuff – like Beethoven's violin sonatas, which we have sometimes/occasionally heard and enjoyed in small doses – we leave to the... > Read more 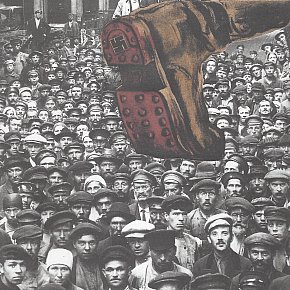 The unwelcome rise of right wing and overtly neo-Nazi groups across Europe, South America, South Africa and in the US seems inexplicable to decent folk, and more so to those with a grasp of history. But cowardice and anger is given strength when it finds company and these groups which attack the weak and often easily identified – notably immigrant people and Jews – draw their... > Read more As recently as April – just three months ago – Elsewhere acknowledged not just the quality of recordings on Auckland's contemporary music label Rattle, but the sheer number of albums it is releasing. As we had done in August 2017, we pulled a bunch of them together in a single column (as we are going to do here) but would also note that between times we had also reviewed many... > Read more 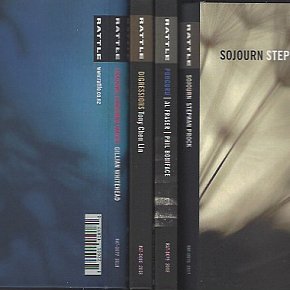 If it is a murder of crows and a clowder of cats, why not “a provocation of rattles” to describe a bunch of new contemporary music releases on the Rattle label? Rattle out of Auckland has become the preeminent label for improvised music (aka jazz) and contemporary music (aka classical) as well as holding the banner high for taonga puoro (traditional Maori instruments, often in... > Read more When Elsewhere wrote about the 1965 album Take A Heart by the British group the Sorrows, we noted the cover image and said you could probably pick the year just by looking at it. It was, as we wrote (with supporting images) very much one of the many which were a trickle-down of Robert Freeman's classic cover for With the Beatles which appeared in November '64. That stark image was so... > Read more 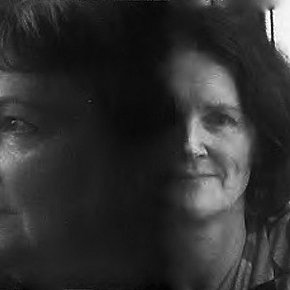 Leonie Holmes and Eve de Castro-Robinson would seem to have much in common. Both are composers, both are lecturers in composition at the University of Auckland's School of Music, both have had their works performed widely and have CDs released on Atoll, and both . . . And here the thread runs out, because each works in very separate idioms within the broad church of what we call... > Read more 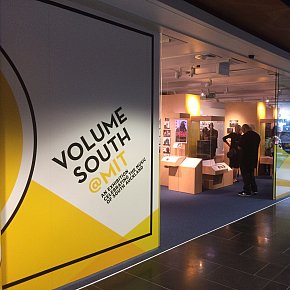 The Volume: Making Music in Aotearoa exhibition -- seven decades of New Zealand popular music -- which ran at the Auckland museum from late 2016 to May 2017 was an extraordinary success. It had more than 200,000 visitors – in excess of the museum's predictions – and a younger demographic came, and people spent more time in it than for other... > Read more Those Elsewhere readers who have seen our pages and reviews of the music of Leeds-based multi-discipline artist Chris Wade (who goes by the name Dodson and Fogg) know that we frequently refer to the cover illustrations by his partner Linzi Napier. Her colourful paintings invite the viewer in, but also possess the suggestion of something else going on. Many of her works capture... > Read more 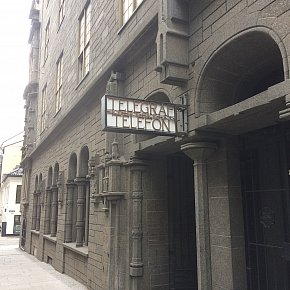 Previously Elsewhere has offered a three-part series of images of the breathtaking and cutting edge -- but human-scale -- new architecture of Oslo, the capital of Norway. But the city also has its older areas around the centre . . . although admittedly many buildings are undergoing gentrification because the new architecure has brought a younger demographic into those areas for the... > Read more If anyone doubts the pulling power of great architecture and design to re-invigorate a city and lure tourists they need only consider one word: Bilbao. In the Eighties, this city in the Basque region of northern Spain was in economic free-fall: Industries were failing or in decline, unemployment – especially among the young – was climbing and the city of some one million... > Read more When it came to rock culture and how artists presented themselves on album or EP covers, the Australians were about a decade ahead of New Zealanders in cultural and artistic associations with their homeland. The jazz fusion group Ayers Rock, for example, not only appropriated the European name of Uluru in the red centre but also had a cutout image of the rock on the cover of their '74... > Read more In her new work for solo piano – a zigzagged gaze, 10 piano pieces -- the New Zealand composer Eve de Castro-Robinson was “let loose among the art collection of the Wallace Trust” which she describes as “a gleeful trawling through riches” in the liner notes to the new Rattle release by pianist Henry Wong Doe. On that album Pictures, Wong Doe interprets... > Read more