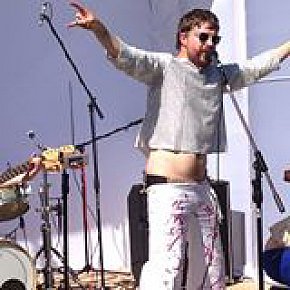 You have to like and admire Wellington's artrock-cum-satirical pop group Gold Medal Famous. They rock, they roll, they are witty and droll. When Elsewhere reviewed their 2011 album 100 Years of Rock we concluded this was a band where one week you might be in the audience and the next you might be on stage as part of the group. They write songs like They're Drinking My Punch,... > Read more 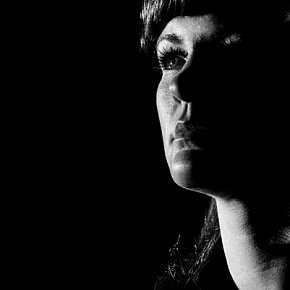 Regular readers of Elsewhere would find it no surprise that the debut album by Into the East, Fight From the Inside, picked up the 2014 Tui for Best NZ Folk Album, Album of The Year and Band of The Year at the Southland Entertainment Awards and more recently, a nomination for the highly regarded Taite Music Prize. Elsewhere picked Fight from the Inside... > Read more 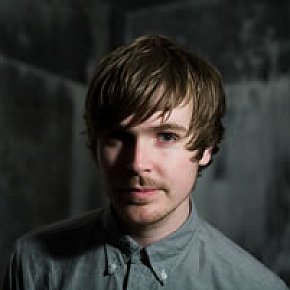 Currently touring on the back of his excellent new album Infinite Life! (dates below, album reviewed here), Grayson Gilmour took time out to answer our Famous Elsewhere Questionnaire . . . and his answers proved as interesting as you might expect. Gilmour's work over half a dozen albums has stretched to soundtracks and helium-filled pop, (and of course he is part of the band So So Modern).... > Read more

Round Round Silver Bell Tree 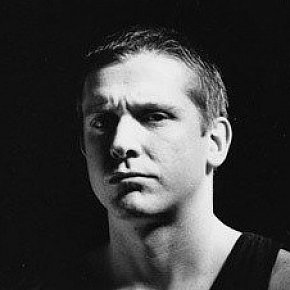 If we judge people by the company they keep or those who admire them, then Ireland's Damien Dempsey is somewhere in the clouds. His fans include Sinead O'Connor and Brian Eno (who have recorded parts for some of his songs), at their invitation he's opened for U2, Bob Dylan, Hothouse Flowers and Morrissey, and his hard-edged songs have won praise in Rolling Stone, Mojo, The Guardian and so... > Read more 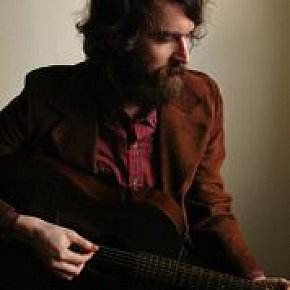 And still they come . . . Musicians are washing up on New Zealand's shores with more regularity than sea weed and empty water bottles these days. But here too comes local contender Arthur Ahbez once again after previous impressive showings. He's a psych-influenced folk-cum-rock guy who delivers a lovely line in dreamy acid-infused pop and Neil Young acoustic ballardy. At least that's the... > Read more

A Way to Weaken 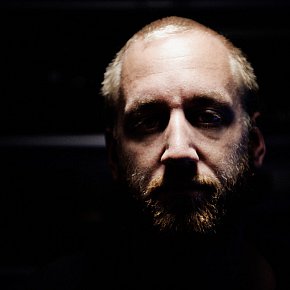 Saxophonist Jonas Kullhammar has won and been nominated for more awards in his homeland Sweden than we could begin to count. The 35-year old helmed his own acclaimed quartet from 1998 until very recently when with the release of the album Lat Det Vara -- in a cover which mimicked the Beatles' final album Let It Be -- he announced that would be their last recording. Not that Kullhammar would... > Read more 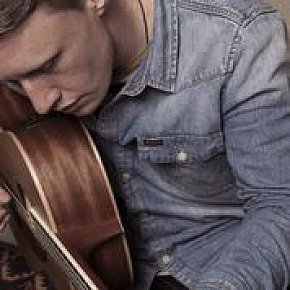 One-time Wellingtonian Louis Baker has done good, as they say. Hopes are understandably high for his self-titled debut EP because of its soulful sound and the maturity of his songwriting. One of the tracks on the EP -- released on March 21 through record stores, bandcamp and iTunes -- is The Way which was written and recorded while he was at the Red Bull Music Academy in New York, and the... > Read more 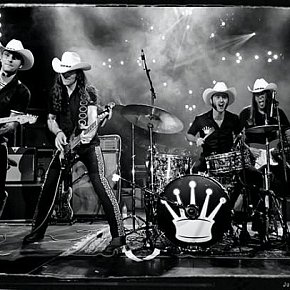 Guitarist David Krahe of the Spanish band Los Coronos wants to make one thing very clear, “We are not a flamenco band”.   Certainly not. These guys kick in with twanging surf-influenced rock'n'roll with a Fifties/Sixties attitude and a distinctively Spanish sound woven through. Since forming in Madrid in 1991 they have released four albums, toured widely in... > Read more 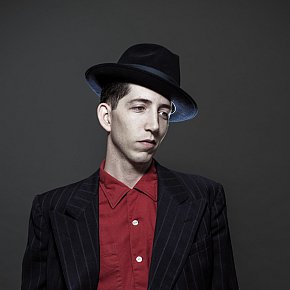 American roots musician Pokey LaFarge sounds considerably older in his music than his 31 years. He reaches back to the days of Woody Guthrie in the Dustbowl Days, early ragtime, Western Swing, oldtime country blues and folk ballads for his inspiration. And with clicked back hair and the lean demeanor of Hank Williams he also looks the part. But he insists his is not a retro... > Read more 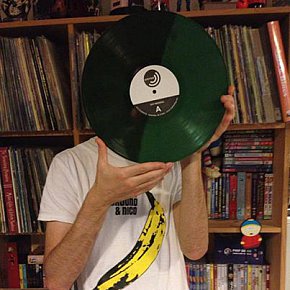 Late last year Auckland band Jackal released their fourth album since 2009 (fourth!) and again offered it as a free download from bandcamp. Because Elsewhere took a well-earned break around that time, that new album Castle in the Air (also available on limited edition green vinyl) went right by us . . . but the band's drummer Will McGrath is a man of infinite patience and politeness... > Read more 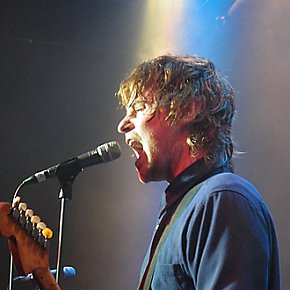 New Zealand band Clap Clap Riot have had -- for two terrific albums now -- a mainline into edgy pop which works around those core values of energy, economy and indivduality. Their debut album Counting Spins was one of the most impressive albums of 2012 and their new one Nobody/Everybody sounds like its heading for the same list at the end of this year. So let's just cut to the chase,... > Read more 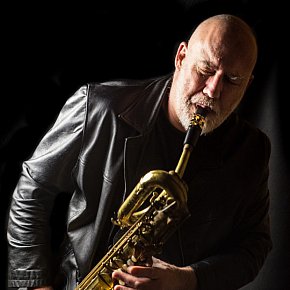 Phil Davison tells a funny story of his first performance at the Tauranga Jazz Festival. It was 1976 and he was just 17, and into playing free jazz with a small ensemble. However the band broke up just before the festival and he decided to literally go it alone. He hitched to Tauranga and played a free form solo set. "In my performance I do my best to channel Coltrane, Albert... > Read more

Can I Get a Witness 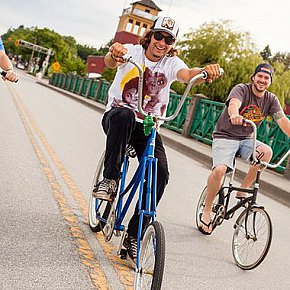 Quite how and why the rocking Canadian three-piece OFOF would tour New Zealand (see dates below) and play for free is an interesting question. But not one we need trouble ourselves with. Because  they are playing for free. And there just isn't enough free stuff in the world. It is said they are gathering material for an album to be entitled Three to Kiwi (their previous one is... > Read more 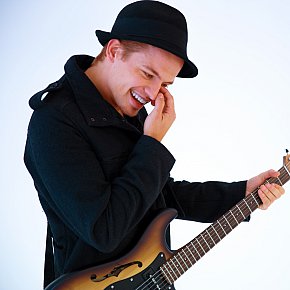 Young Australian blues musician Shaun Kirk comes with very good credentials -- he's played half a dozen festivals in the past 18 months alongside the likes of Robert Plant, Bonnie Raitt and Ben Harper -- and he has an impressive wee discography also. His latest outing is the Giving EP on which a new song Give to the Needy shows his heart is also in the right place. In fact a portion of... > Read more 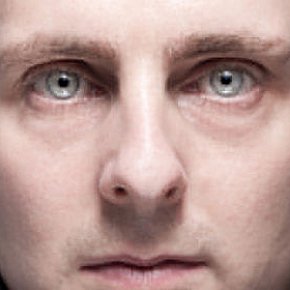 The name of drummer/arranger Reuben Bradley has appeared many times at Elsewhere, but because Elsewhere can't be everywhere we missed one major mention this year. He masterminded, played on and produced the album Mantis; The Music of Drew Menzies which was a tribute to the life and music of the late Menzies and which pulled jazz and classical threads together by employing jazz and string... > Read more 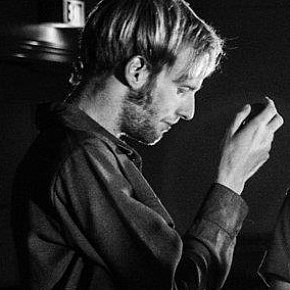 One of the most exciting new bands on Flying Nun, T54 take their name from a famous series of Eastern European battle tanks which began being manufactured at the tail end of World War II. Why? Doesn't matter, but they do come at you with real firepower . . . although this trio from Christchurch also know when to pull back, which makes their debut album In Brush Park (reviewed here) such a... > Read more 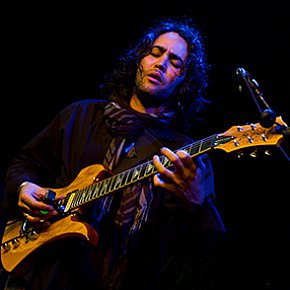 Because Elsewhere has long had a fascination with music from the Middle East region -- we tell you repeatedly to never judge a bellydance album by its cover -- the self-titled album by Israeli-born rock guitarist Arli Liberman, now resident in New Zealand, was always going to stand out from the pack. According to his bio, Liberman has appeared on some pretty big stages in his time, notably... > Read more 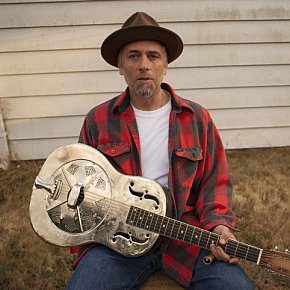 Although The Edge from U2 is on record saying, "Kelly Joe Phelps is a great example of what the modern blues is all about" there's a lot more to the man than that, as his answers below illustrate. From Washington state, Phelps started out in jazz as a bassist for 10 years but then worked his way into various kinds of roots music when picking up slide guitar. He must be one the... > Read more 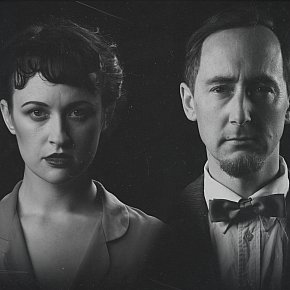 The Tiny Lies who are based in Lyttelton but are currently touring (see dates below) describe the music on their debut album The Oaks They Wil Bow as "alt-folk-country-noir". At Elsewhere we'll buy that. But we'll also call it very good indeed (see review here). The Tiny Lies are Charlotte Ivey (vocals, harmonica, piano) and Harley Williams (Vocals, guitars) and for their... > Read more

The Walls Came Down 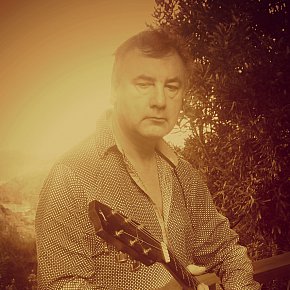 Matthew Bannister has some serious form, as they say. A founder member of the singular Flying Nun band Sneaky Feelings, he then formed Dribbling Darts of Love when SFeelings folded, and subsequently founded the Weather and has also recorded as One Man Bannister. Oh, and there was also the Changing Same.  He is a Beatles fan from childhood -- he said the Sneaky Feelings photo on the... > Read more

And Your Bird Can Sing