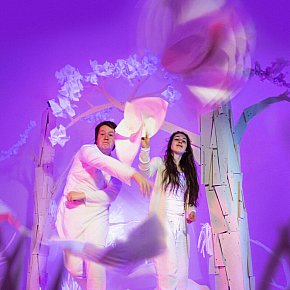 It never hurts to start your career somewhere near the top, as Doprah did. The band fronted by Indira Force and producer Steven Marr formed in 2013 and ther following year supported Lorde at her post-Grammy homecoming gig, released their acclaimed debut EP and were picked by Billboard magazine in the States as a Next Big Sound band. Their manga/J-pop inspired video for Stranger People... > Read more 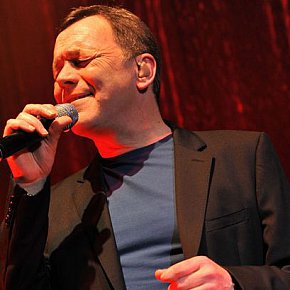 The story goes that when Duncan Campbell was asked if he wanted to join the band his brothers Ali and Robin were forming in Birmingham he declined because he knew they wouldn't get anywhere. That was 1978 and the band was UB40 who went on to sell millions of albums, and then more millions. Controversially he got the chance to join in 2008 – after a career which included... > Read more

Blue Eyes Crying in the Rain 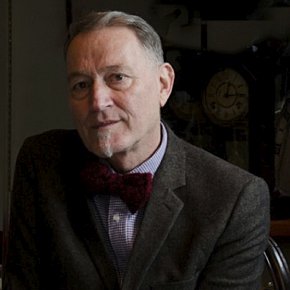 New Zealand novelist, historian and film-maker Peter Wells says he was a timid boy at school but thanks the bullies because they forced him to put down on paper what he couldn't say aloud. It has been 25 years since his groundbreaking collection of gay-themed short stories Dangerous Desires brought him to attention and won the Reed New Zealand Book Award (it was also published in New... > Read more 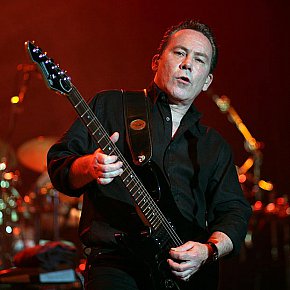 What's in a name? Wel, if you were Pink Floyd co-founder/chief songwriter and singer Roger Waters a bit of litigation after you quit the band and found the rest were carrying on using the band's name. The name-game isn't uncommon in rock history: in the Fifties if a studio-based band of session musicians had a hit you might find a couple of groups touring under the same name to capitalise on... > Read more 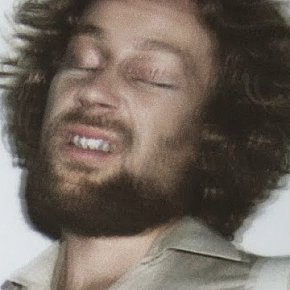 On paper, My Baby -- a three-piece out of Amsterdam -- might seem like yet another blues-roots outfit with a bit of Southern spook-spiritualism thrown in for good meaure. After all, their debut album is My Baby Loves Voodoo! But hold hard, because they neither overplay their bluesy hand, nor resort to the cliches that we are so familiar with in the post-White Stripes/Black Keys days.... > Read more 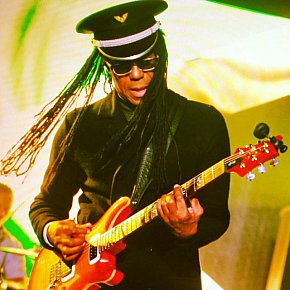 If singer/guitarist Junior Marvin cites Bob Marley quite a lot it's because he spent four years in Marley's Wailers – the final four of Bob's life which ended in '81 – and then with other Wailers continued the legacy for the following 16 years. Then after time in Brazil he returned to join the Original Wailers alongside fellow Wailer guitarist Al Anderson. His career... > Read more 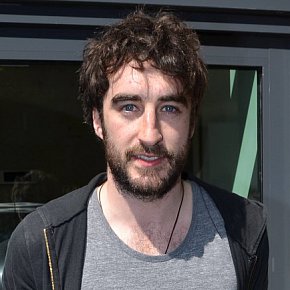 You may not have heard of them but the Coronas are certainly big back in their homeland of Ireland. And in London where they are now based. They've sold out the 13,000 capacity O2 arena in Dublin and did six nights at the Olympia Theatre. They've also had three double-platinum selling albums in Ireland and the four-piece head to New Zealand shortly for a couple of hit'n'run... > Read more 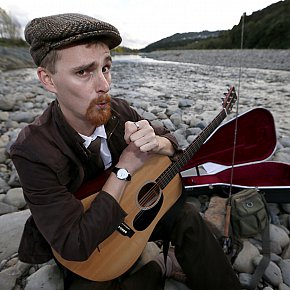 Hats off to Wellington-based expat Scot Frank Burkitt who is ambitiously taking his folk band on an extensive national tour . . . and we do mean extensive (see dates and venues below). Not only are they taking their melange of folk, blues, country, bluegrass and Scottish songs to many of the smaller venues but at a few there is a koha entry and others are free. Burkitt learned his craft... > Read more 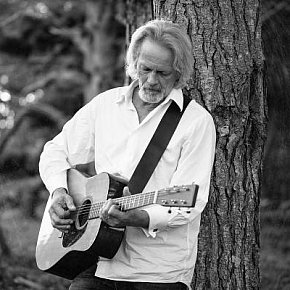 If we could make a very broad generalisation about the difference between young singer-songwriters and those who are more mature it might be this. When people are young and starting out they have feelings to write about, more mature artists have experiences. Both of course can bring emotion to the table. Derek Lind of Auckland belongs to that latter, mature and experienced... > Read more

Do As You Are Told 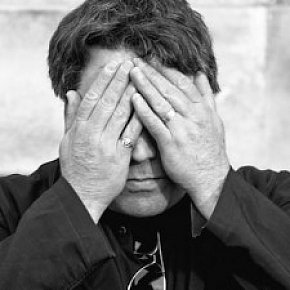 And now we introduce a man who needs no introduction . . . Martin Phillipps' appearance (and more recent absence) in the New Zealand music world has been the stuff of legend. He helmed various versions of his band the Chills out of Dunedin on to the cusp of international acclaim many times over two decades from the early Eighties, is a respected songwriter who was recently invited by... > Read more 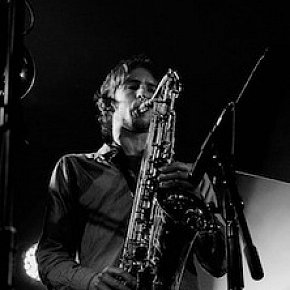 THE FAMOUS ELSEWHERE JAZZ QUESTIONNAIRE: Jake Baxendale of The Jac

Alto saxophonist Jake Baxendale plays in the excellent octet The Jac out of Wellington and their previous album Nerve of last year won acclaim everywhere, including at Elsewhere. A young ensemble playing original music (with their ears on the distant and recent jazz past), they launch their second album The Green Hour (on Rattle Jazz) in the Auckland Jazz Festival at CJC this... > Read more 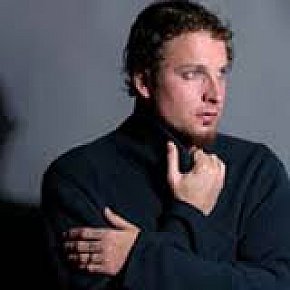 Now we here at non-profit (actually none-profit) Elsewhere don't have a lot of time on our hands. So when NYC-based German keyboard player Benny Lackner -- who is returning to Auckland with his trio for the inaugural Auckland Jazz Festival this month (see programme here) -- answers everything in capital letters we don't have time to rewrite and are going to be generous and say . . .... > Read more 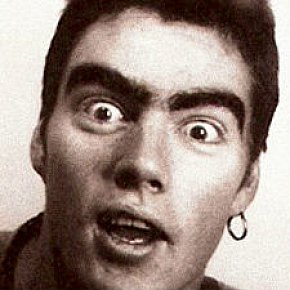 Dave Mulcahy has a pretty fair body of work behind him, we might say. As one of the mainmen writers in JPSExperience (whose complete catalogue has just been reissued) and then the pivot in Superette, he clocked up a considerable songbook in just 15 years from the mid Eighties. Since then he's been flying solo but also under a couple of pseudonyms: Mulchzoid and Zilverside. His... > Read more 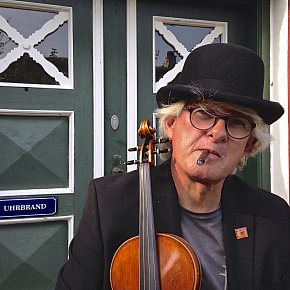 We have already met Seamus Cahill of the ULC Trio, a folk-and-beyond group from Denmark who play music from as far back as the 17th century and are located along the axis between Ireland and Denmark. Peter Michael Uhrbrand is the U in the ULC Trio and the group embark on a fast and intense New Zealand tour next week (see poster below) Seamus had his turn at a Famous Elsewhere... > Read more 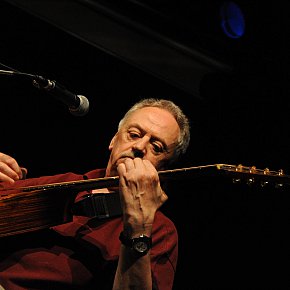 Seamus Cahill (and you can guess he's Irish) is the C in the Irish-Danish ULC Trio who canvas a broad range of folk and traditional styles. The acclaimed trio come to New Zealand for an extensive tour (see poster below) starting next week so against the clock we invited Cahill to cast his eye over one of our Famous Elsewhere Questionnaires . . .  The first piece of music which... > Read more 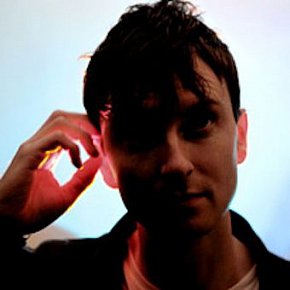 James Duncan's name should be better known . . . but if it isn't that's because he's often the guitarist standing beside the main attraction. As he will do when he plays with SJD at the Mercury Theatre in Auckland on Saturday (October 10) when they play the complete Saint John Divine album with a string quartet. Duncan's had a long association with Sean James Donnelly and he's... > Read more 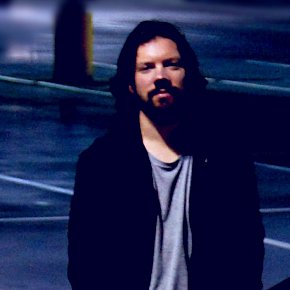 If the band name seems vaguely familiar then you are right: B2KDA is the new and updated Batucada Sound System, the multi-culti big band out of New Zealand which took its sound to the world, and the world stood up and danced. With beats drawn from the Pacific and South America, reggae grooves and horns, BSS were one of the most popular bands on the global festival and dance circuit. And... > Read more 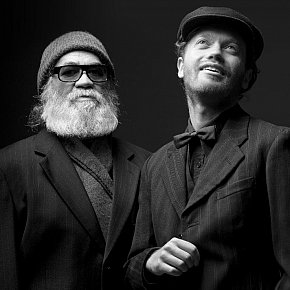 Mara TK is a son of legendary New Zealand guitarist Billy TK and one half of Electric Wire Hustle with David "Taay Ninh" Wright. Their debut album Love Can Prevail got excellent reviews at home and abroad last year . . . and at Elsewhere. It was nominated for the Taite Music Award and set them up for more touring, taking their soulful electronica to the world. Their new EP... > Read more

Really, where do you start when introducing Mike Nock? Composer, pianist, teacher, collaborator, musical explorer, jazz legend, New Zealand finest jazz export . . .? Nock's life was covered in Norman Meehan's fine biography Serious Fun, and the man himself has appeared at Elsewhere with a number of albums, among them was his Open Door spontaneous duet album with drummer Frank Gibson... > Read more

It Ain't Necessarily So Sometimes you wonder if certain people had any choice other than to be a musician. For folk singer Amiria Grenell it runs in the family. Her father is famous country singer John Grenell (formerly John Hore in Sixties) and he with his wife Deirdre ran the Whitecliffs Family Music Festival in Canterbury for 14 years. Three of Amiria's older brothers also play music and she has performed... > Read more