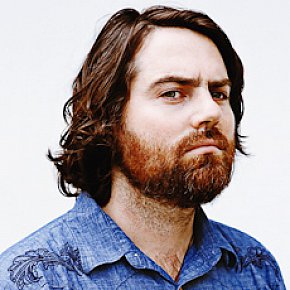 And now for someone who should need no introduction, Samuel Flynn Scott of Phoenix Foundation. They have frequently appeared at Elsewhere and Scott has appeared under his own name also. But this is appropriate right now because with their new album Fandango and a tie-in national tour (dates below) we need to ask the questions, and go right back to the beginning with . .. The first piece of... > Read more 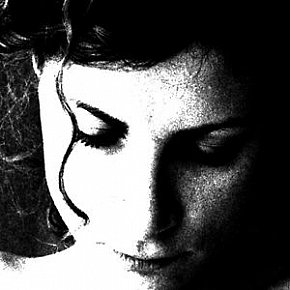 Earlier this year Elsewhere -- and many other reviewers locally and internationally -- was impressed by the album Forest Stories by Greek pianist/composer Tania Giannouli and woodwind player Paulo Chagas. These improvised pieces had an evocatively cinematic quality or, as Nuno Lourenco observed in a liner note, "the haunting piano sets the canvas on which the wind instruments add... > Read more

The Way Back Home 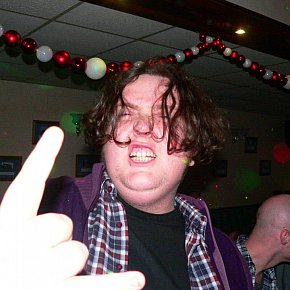 You gotta love the motto of Benjii Jackson's Muzai Records: "independent Fighting Spirit". And they been going their independent way since 2009 wqith some of Elsewhere's favourite fuzzy pop albums. Records by the Wilberforces, the Bemsha Swing, god bows to maths, Sunken Seas, Zen Mantra (and yes even Girls Pissing on Girls Pissing) have had considerable airtime in the Elsewhere... > Read more 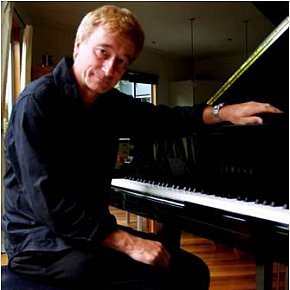 So, where to begin with acclaimed pianist/composer and teacher Phil Broadhurst who was awarded the MNZM back in 2001 for his services to jazz? We could mention his study at Berklee then four decades of playing and recording back in New Zealand, albums with his group Sustenance, all the awards (three times winner of jazz album of the year not to mention nominations) and his Masters degree in... > Read more 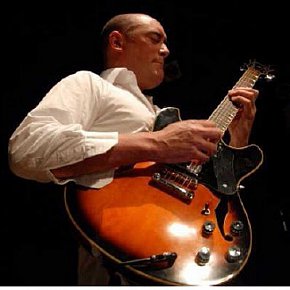 Guitarist Dixon Nacey's new album Cross Now with drummer Ron Samsom and bassist Kevin Haines is a real step up for this trio whose debut Oxide (with guests) annonced a trio of impressive strengths and thoughtfulness. Nacey has been playing professionally for almost two decades and isn't just in the jazz corner. He has played in funk and rock bands, worked the corporate circuit, is a... > Read more 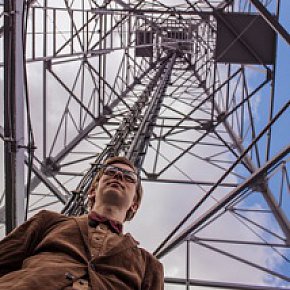 Let's get out of the way quickly here because you'd rather hear from this gentleman than Elsewhere. But just to say the debut album Inform Educate Entertain by the British duo Public Service Broadcasting was an immediate favourite at Elsewhere (see review here) and so it is pleasure to have the knob-twiddler and sampler J. Willgoose Esq from the group answer the Famous Elsewhere... > Read more 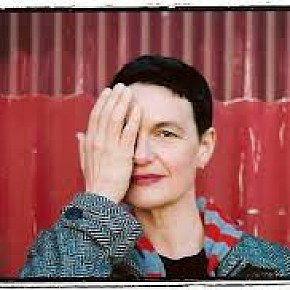 Because Wellington singer-songwriter Charlotte Yates has been busy helming the adaptation of words by the writers James K Baxter, Hone Tuwhare and Witi Ihimaera to music with various all-star casts , her own career seemed to take something of a backseat in the past decade or so. Yes, there were albums . . . but her latest Archipelgo is a real departure because with co-producer Gil Eva Craig... > Read more 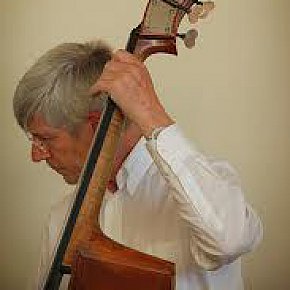 Kevin Haines has been a bass playing fixture on Auckland's jazz scene for many decades . . . but only in recent years has he consistently made his mark in the recording studio. Two albums with drummer Ron Samsom and guitarist Dixon Nacey (the very good Oxide and even better, more recent Cross Now) have served to remind what a fine bassist he is. So it was long overdue that Kevin... > Read more 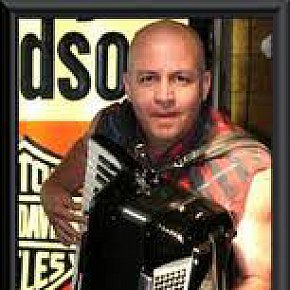 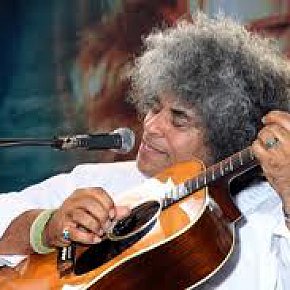 It is over two decades, and perhaps getting close to three, since I first met Paul Ubana Jones and I believe I described him then as a big man with big hair, a big voice and a big guitar sound. And it's still true. He has been a prolific recording artist (at least half a dozen albums) and he has also toured New Zealand regularly, and made a mark overseas. He was born in London to a... > Read more

Leigh Franklin has created quite a ripple with the title-track single from her debut album On a Saturday. And that self-funded album is the end of a long journey -- and the start of another -- for the former graduate of the Christchurch Jazz School who then relocated to Melbourne for gigging and more studies. Then she bought a one-way ticket to London carrying her acoustic guitar where she... > Read more 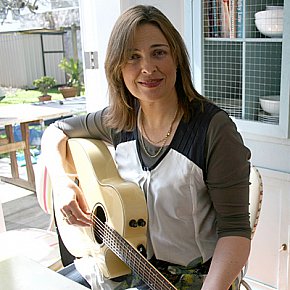 For far too long Jan Hellriegel was known by the shorthand of "Westie singer" which might have been literally true -- she lived in West Auckland, she sang -- but rather diminished her songwriting skills and the power of her delivery. You often read more about how she worked in her dad's panelbeaters than the quality of her songs on albums like her impressive debut album It's My... > Read more 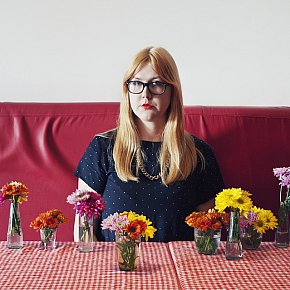 Raised in Port Chalmers and Christchurch but now living in Auckland, singer-songwriter Nadia Reid (no relation to Elsewhere) has won consistent acclaim for her sometimes melancholy voice coupled with intelligent and insightful lyrics. Her debut EP Letters I Wrote and Never Sent appeared in 2011 and since then she has won praise from the likes of Adam McGrath of The Eastern whose opinion you... > Read more

I Will Never Cut My Ties 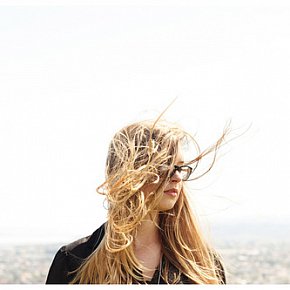 As singer-songwriter Luckless, Auckland-raised but now footloose Ivy Rossiter has been taking her charged up songs which employ loops and loudness to audiences nationwide for some years now. Her self-titled debut album won consistent praise (four stars just about everywhere) and as a live performer she is dynamic and committed. So as she embarks on a national Ballads and Badlands tour... > Read more 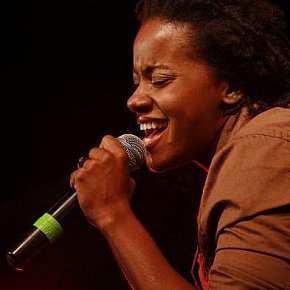 With a sound located between emotional soul and street-smart reggae, Etana (Shauna McKenzie) from Kingston, Jamaica has certainly made her mark. After a brief period in the States (where she was studying) in a girly-girl band she returned to her homeland and concentrated on a serious music career when she embraced Rastafarianism. Her debut album The Strong One brought reggae and folk... > Read more 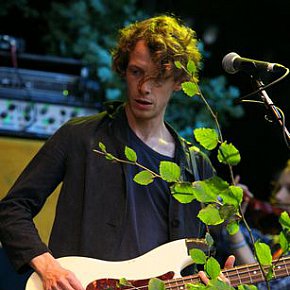 Elsewhere has had a long interesting in and affection for the UK band British Sea Power who have delivered four previous albums and a couple of soundtracks and yet never quite got the wide acclaim they deserve. So it was a pleasure to hear their new one Machineries of Joy because it marks a career high and economically encapsulates their many styles but pulls them together in songs which... > Read more

What You Need the Most 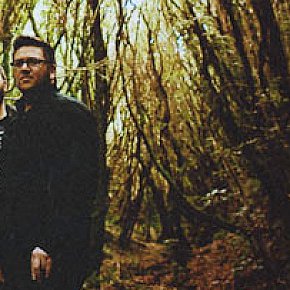 So of course the new Beastwars album Blood Becomes Fire out on limited edition 12" record for Record Store Day -- when they play free at Real Groovy in Auckland -- is on blood red vinyl. That's utterly fitting because this thrillingly disciplined metal band from Wellington deliver songs with titles like Tower of Skulls, Ruins, Blood Becomes Fire and Shadow King with all the intensity of a... > Read more 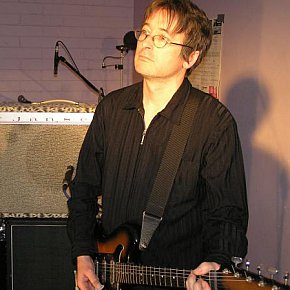 Darren McShane has been a serial offender in the New Zealand music scene, and we've all been the better for it. Way back he formed Stick No Bills (brilliant name, you'd see it everywhere) and then went on to form Chainsaw Masochist (on Flying Nun) who roared and sawed. He was also on bFM hosting The Electric Chair show on which he played rarities and imports. He moved on to the band... > Read more 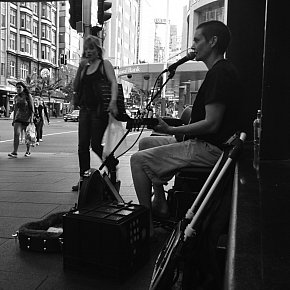 Singer-songwriter Sam RB is probably seen by more people than most others in the country. She busks regularly on Queen Street, and it was through that she self-funded her second album Queen Sreet Acoustics. But don't let the title fool you, it isn't some lo-fi thing recorded on the street but a smart, sensitive and mature studio album which comes with some excellent assistance (see review... > Read more 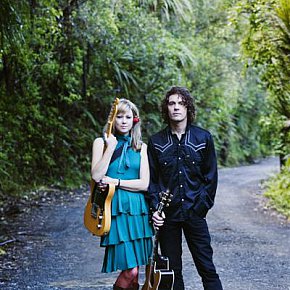 For a band so right their name could not be more wrong: New Zealand group the Bads are good. Better than good, in fact. Way, way better than good. As you can see from the answers of Brett Adams and Dianne Swann below, they are steeped in music from classic rock though indie.pop to alt.country and . . . So much more. And for their third album Travel Light they have come to terms with their... > Read more