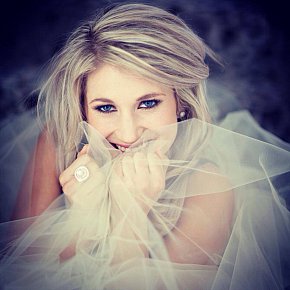 Wanaka-based Jody Direen is the new face and new voice of New Zealand's mainstream (but post-Taylor Swift) country music scene. Elsewhere spoke to her last year (here)  and mentioned at that time her single Loud had gone to number four on the Australian country music charts, and that she had been spotted by Bear Grylls team when singing in Wanaka. She spent six months in the States... > Read more 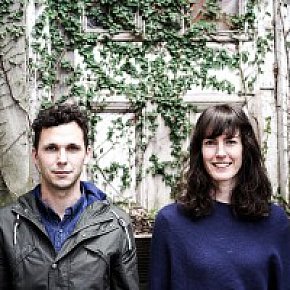 The Japanese writing on the cover of the debut album album by Auckland's Paper Cranes (and the band name, of course) alert you to the fact that there is something a little different about them. Singer Naomi was born and brought up in Japan and in performance they deftly (and discreetly deploy Japanese flute). That debut album The Road Home caught Elsewhere's heart recently (see here)... > Read more 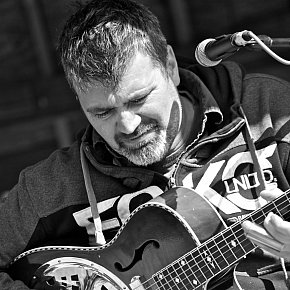 Let's be honest here: Not many people in New Zealand would have heard of long-running Canadian singer-songwriter Joel Fafard who writes his own material but is also rooted in Southern blues and folk. He's not only very good, he's been doing this for more than a decade, has a brace of albums behind him, tells a good story between songs and back home has picked up awards. So Elsewhere is... > Read more 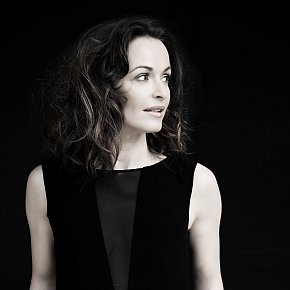 The first thing that is surprising about Irish singer-songwriter and multi-instrumentalist Sharon Corr is that she is 45. For someone who has been touring and recording for 25 years she is astonisingly well preserved. The other thing however is that she is a very classy songwriter and her two solo albums since the family band the Corrs called it a day a decade ago (a hiatus, not a break-up... > Read more 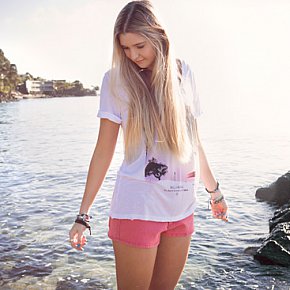 Although 22-year old singer-songwriter Jamie McDell from Auckland (or Raglan if there's good weather) is often characterised as a poster girl for healthy living, the outdoor life and eco-consciousness, it's also worth remembering she is an accomplished songwriter whose debut album Six Strings and a Sailboat won her the Tui for the best pop album of 2013 (and she was nominated for breakthrough... > Read more A couple of weeks back Wellington singer-songwriter Emma Davey could happily buy a slightly better quality bottle of supermarket wine because her debut album The Court of Love was sitting on the New Zealand music chart in the top 10. While the jazz-influenced title track might have reflected back on her work with vocalist Dave Feehan and her appearances at the Tauranga Jazz Festival,... > Read more 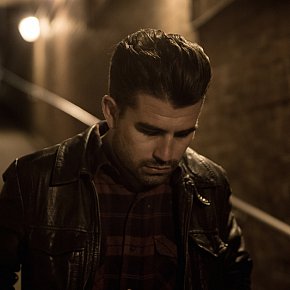 Jono Aidney who performs as Quail State has been through illness and itinerancy, but now back in his hometown of Auckland he has posted his debut album, Volcano Hazards of Auckland, at bandcamp (here) and launches it this Friday, see poster below. Aidney is an articulate guy and that comes through in his focused, gritty and pretty terrific dark take on power pop. And also in what he has to... > Read more 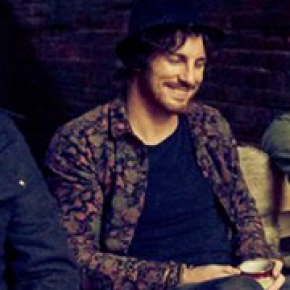 Last week Elsewhere was pleased to introduce, Lethargic Caffeine, the debut album by Southland's Sparrow Thieves noting gthat it betrayed a maturity of songwriting and an economy of pop-rock into power-pop style. It seemed natural therefore to flick Nick McGrath the band's main songwriter our specially framed songwriter's questionnaire. And needless to say his comments as as interesting... > Read more

Golden Age of the Gas Station 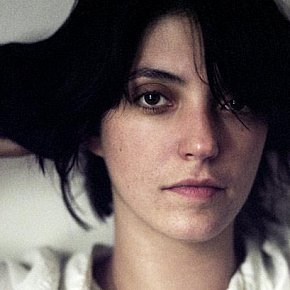 Although Sharon Van Etten has only made one prior appearance at Elsewhere (the very favourable review of her 2012 album Tramp) the New York singer-songwriter has long been one of our favourites for her highly literate rock which has its roots in folk. Her most recent album Are We There (deliberately without the question mark) has picked up the best reviews of her career, so to see her in... > Read more

Every Time The Sun Comes Up 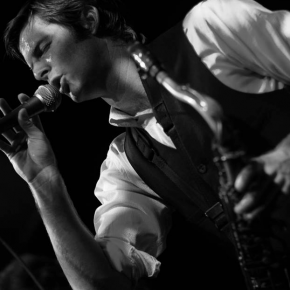 With influences from across the pop and rock spectrum within the context of their jazz, the large ensemble Spiral -- which had its origins on Auckland's West Coast -- present something rather different than the expected. The collective experience of the members includes time with Batucada Sound System, the Rodger Fox Big Band and Hayley Westenra, as well appearances at Montreux, the... > Read more 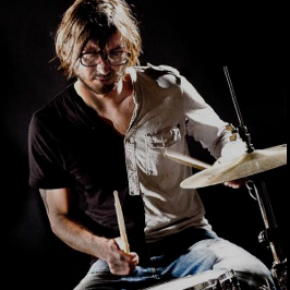 The noisy German duo DYSE -- drummer/singer Jarii Van Gohl and guitarist/singer Andrej Dietrich -- make what one new fan on Facebook described as "maths rock".  And that sums it up: disciplined, angular, abrupt stops and starts, rigorously worked out . . . They make sometimes thrilling racket and at other times edge out into what you might call prog-metal. And for just two... > Read more 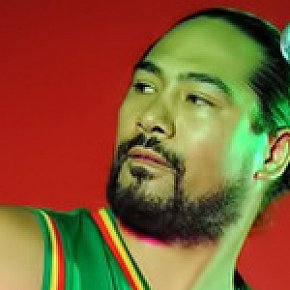 Elsewhere has long held the view that Hamilton reggae band Katchafire have been the hardest working band in the country. Three gigs on one Waitangi Day alone tells you how committed they are. But having played around this country -- and recording a series of excellent albums -- they also took flight and have toured in Australia and the US. Oh, and Brazil. It's been more than a decade... > Read more 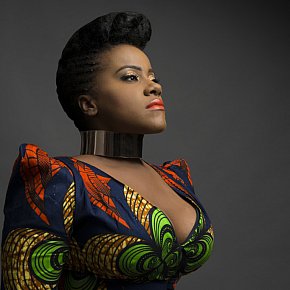 By happy chance, we received a reply from Etana to our Famous Elsewhere Reggae Questionnaire . . . and a year ago she had answered our Famous Elsewhere Questionnaire. But she's a star and the questions are of course different (and where they are the same it is interesting to compare her answers) so let's give the Jamaican soul-reggae queen another shot at it . . . and anyway she's got a new... > Read more 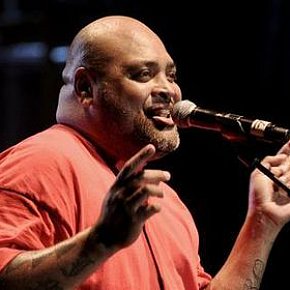 He's called Fiji because he comes from . . . err, Hawaii actually. George Veikoso aka reggae/r'n'b man Fiji -- who is of Fijian heritage -- has been a regular touring artist around the Pacific Rim, has released a swag of albums in the past two decades (see here), and is an advocate for the specifically Pacific sound. "If you’re going to be a Pacific Islander artist,” he... > Read more 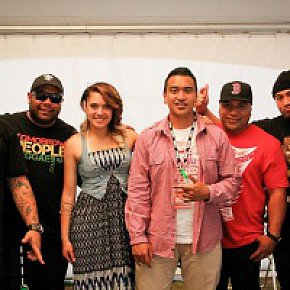 They began life as a studio project . . . but the Wellington collective that is Tomorrow People quickly became a proper band, and one which took their name from the Ziggy Marley song and are unashamedly purveyors of "sunshine reggae". Which might just mean one-drop for barbecues in Aotearoa. They are certainly firmly within a soulful, consciousness tradition as evidenced on... > Read more 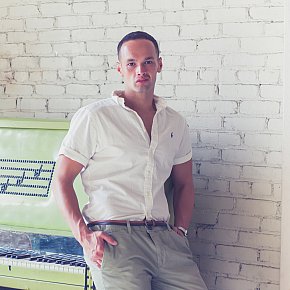 Sammy Johnson is a genuine New Zealand reggae star. His single No Sleep -- which is on his just released debut EP -- topped the local reggae charts and got into the Billboard Top 40 reggae chart. His new single Hey looks like doing just as weill if not better, it is in the US iTunes top 20 this week. And he's also toured in the US, done dates in Australia and is currently touring New... > Read more 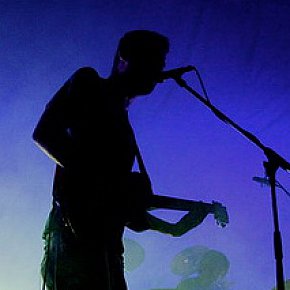 Here's a clever compliment: Zeitgeist magazine in the UK said of the Julian Temple Band they were “like the loudest blues band in the world whispering”. And Indie Music in the States said of Temple's songs they were "as dark as the grave and as hopeful as spring, this music is a wonderful and unexpected contradiction of emotions". It's surprising therefore to... > Read more 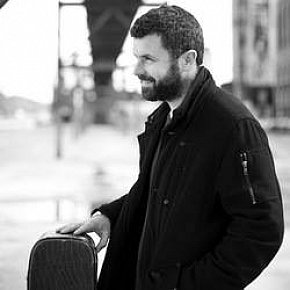 And from out of Cork he comes: singer-songwriter Mick Flannery whose By The Rule album topped the Irish charts within days of its release, and of course was followed by a sell-out tour of Ireland and the UK, as you do. Flannery is now kicking off a New Zealand tour with compatriot John Spillane, and the pair have previously teamed up for a series of shows taking on the Marquee... > Read more 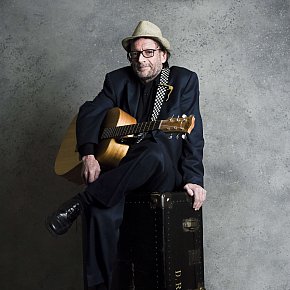 You would have to have lived a very sheltered life in Auckland not to have encountered Otis Mace, the post-punk street singer-songwriter who has become something of a folk hero. In his time Mace has recorded for Ode, Ripper and Jayrem, opened for Bily Bragg, Violent Femmes, Dead on Arrival and others, has wriiten for films, theatre and dance productions . . . He's also held down quite a... > Read more

The Revenge of the Five-Hundred Thousand Tonne Baby 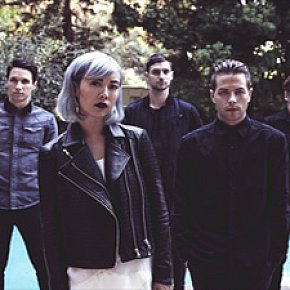 The annual Vodafone New Zealand Music Awards are more than just a night for winners in the various categories, it has become an opportunity to celebrate the growth and diversity of the local music industry . . . and these days its global reach. It wasn't always like that as I noted in this article recently. The event is once again at Vector Arena in Auckland, on November 20, tickets... > Read more