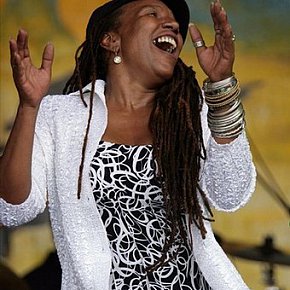 Sometimes, as with those Lennon children Sean and Julian, and of course Bob Marley's offspring, you just have to live  -- sometimes live up to -- with the name you've been bron into. A help . . .  but a hindrance no doubt.  Yes, the name was an issue when she started, says singer Charmaine Neville, daughter of Neville Brothers' saxophonist Charles and one of the... > Read more 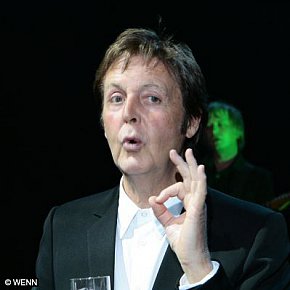 Around the time of his 50th birthday in June last year, Paul McCartney could have -- if he so chose -- picked up a couple of mainstream British newspapers and read editorials and think pieces suggesting that this former Beatle be made a knight of the realm. And why not? James Paul McCartney is undeniably Britain’s most popular living composer and, as the writers pointed out,... > Read more The city is melting by mid-morning. One of the newspapers - under the thumping headline "Blast Furnace" - says the Met Office is predicting the hottest day of the month: a withering 42C.  Summer is scorching its way to town, so Sydney responds with shirts off and shorts on. And by coincidence the soundtrack beneath the hiss of bus brakes and rattle of trams around Circular... > Read more 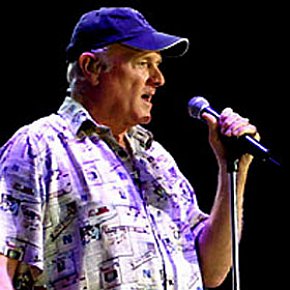 It is a rare individual who can claim that the Beatles sang “happy birthday” to him. But then Mike Love -- the Beach Boy who keeps their early surf songs alive today -- is a rare man indeed. Now 66, Love can reflect on a life in popular music that began with 60s pop capturing the breezy vibe of southern California, but which became somewhat darker as the decade rolled on. In... > Read more 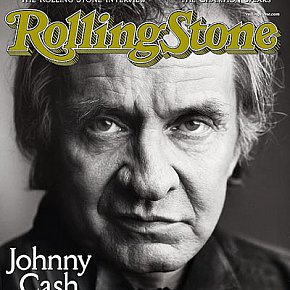 The last photographs of Johnny Cash told their own story: the thinning grey hair, the once tough jaw bent out of shape by years of painful dental surgery, the lines which spoke of a world-weariness. And the ineffable sadness in those dark eyes as if he was looking into the beyond where he would once again be with his wife June, who died just nine weeks before Johnny passed on in September 2003.... > Read more 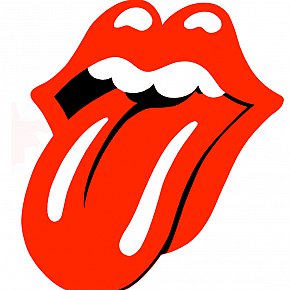 From the back row of Chicago's United Centre, about four storeys above the stage, Mick Jagger - not the biggest of men anyway - is the size of a matchstick held at arm's length.But even without his roadmap features projected on the screen behind him, this is undeniable Mick. He struts'n'thrusts across the stage and still possesses that animal sexuality he learned from watching Tina Turner... > Read more 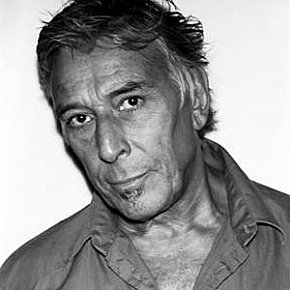 At the end of a digressive conversation with John Cale, I thank him for his time then add, "and I didn't even mention The Other Band". Cale -- Welsh, classically trained and fiercely intellectual -- lets go a baritone chuckle and says, "and thank you" -- then makes his escape, as if fearing inevitable questions about it may come. The Other Band was The Velvet Underground.... > Read more 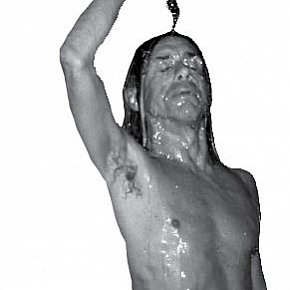 A few years ago, a cartoon in a rock magazine captured the essence of the Stooges. It showed a guy in headphones whose head had exploded and his friend in the other room saying over his shoulder, "So what do you think of the remastered version of Raw Power?" The Stooges, fronted by Iggy Pop, delivered that kind of sonic intensity on albums like their drug-addled, self-titled debut in... > Read more 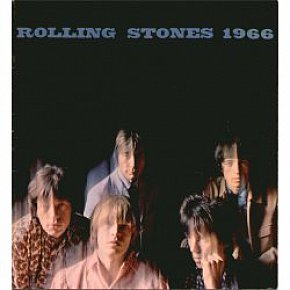 If memory serves me still, it was schoolmate Chris Gilbert and I who went to see the Stones together at Auckland's Civic Theatre on March 1, 1966. I know I wore a black polo-necked sweater (of the kind that Stones Brian Jones and Keith Richard favoured), and that the show, while not actually changing my life, had a profound --and not entirely favourable -- effect on me.Even as a spotty... > Read more In an airless room backstage at the Brisbane Entertainment Centre after the concert, Australian promoter and entrepreneur Michael Gudinski is buzzing. "Wasn't that bloody fantastic?" he says to no one in particular. "I want that set list," and he reaches for his phone. Minutes later a guy appears at the door with it. Gudinski scans the 20 or so songs then says, "Only... > Read more 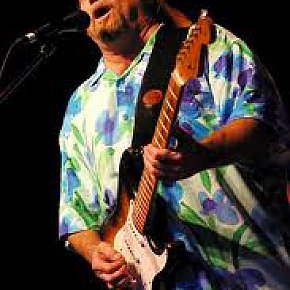 Call it Californication if you like, but there are a lot of 70s singer-songwriters from the sun-tanned state around right now: Joni Mitchell, Neil Young and the re-formed Eagles all have new albums out (Shine, Chrome Dreams II and Long Road Out of Eden respectively), and America -- the British-based masters of Cali-styled soft-rock who borrowed heavily from Young -- are touring soon. So are... > Read more 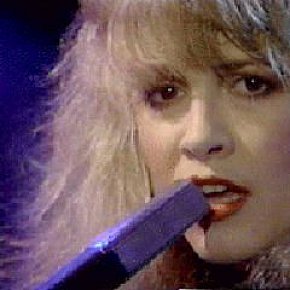 Stevie Nicks -- the fairie queen singer in Fleetwood Mac -- is in a plush Melbourne hotel room ready to go off to another soundcheck. In a few days she will perform her ethereal songs with the Melbourne Symphony Orchestra, but "the waiting" -- as her old friend Tom Petty once offered, and with whom she sang on the memorable Stop Draggin' My Hear Around-- is "the hardest... > Read more 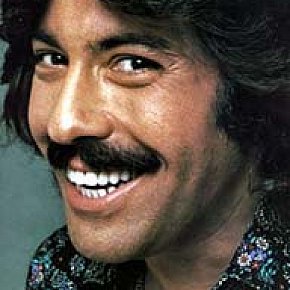 About 45 fascinating minutes into what could have been just a 10 minute knock-off interview with Tony Orlando -- best known for the early Seventies hits Knock Three Times and Tie A Yellow Ribbon Round the Old Oak Tree with the group Dawn -- I say, “Wow, you are about two degrees of separation from my record collection”. Orlando laughs like a drain. But it is true.... > Read more The life of 65-year old David Crosby is an open book. In fact, it is two open books.   In the late 80s Crosby wrote his autobiography Long Time Gone which, in compelling detail, outlined his career from a Greenwich Village folk singer to being a founding member of the Byrds, his friendships with the Beatles and Bob Dylan, being fired from the Byrds and forming Crosby, Still and Nash... > Read more When Jimmy Webb, one of the most sophisticated and successful songwriters of his generation, speaks of making music it is like eavesdropping on genius. And that is what he is considered to be by his peers and those who have followed his long career. Before he was 21 Webb had already written some of pop’s most enduring songs, including By The Time I Get To Phoenix (which Frank Sinatra... > Read more 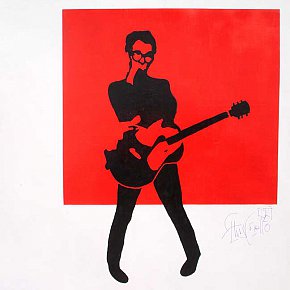 Thirty years on from his spectacular debut '77 album My Aim is True, released at the height of the UK punk era -- Elvis Costello's most recent albums (four in fewer than three years) had been as follows: Il Sogno, a classical album with the London Symphony Orchestra written for a ballet; Piano Jazz with 89-year old jazz pianist Marian McPartland; My Flame Burns Blue, a live album of old hits... > Read more 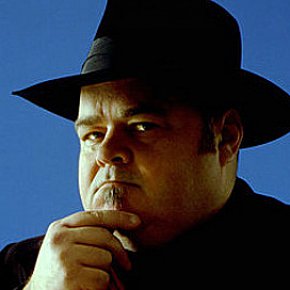 The bare facts in any encyclopaedia of rock can't even approach what Pere Ubu out of Cleveland in the late 70s have been about. They once described themselves as the sound of things falling apart. That was close.To hear frontman David Thomas tell it however they are the mainstream and everyone else has deviated."Rock music from the 50s to the 70s was a straight line of growing complexity... > Read more 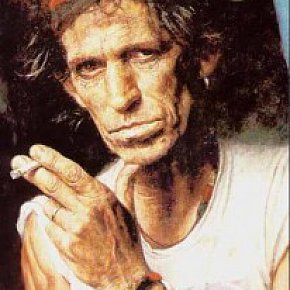 Keith Richards of the Rolling Stones, in a hotel in Tokyo, calls an hour after the appointed time but his manager has previously been full of apologies, and fielding three phone calls simultaneously. Richards is polite, friendly and his conversation is peppered with laughter which sounds like marbles rattling around in the bottom of a muddy barrel. 'Ello, 'ello, Graham Hi Keith, how are you... > Read more 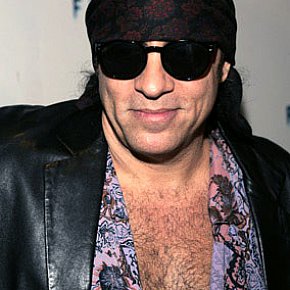 Silvio Dante, Tony Soprano's loyal soldier and owner of the famous Bada Bing strip club, is in the lobby bar of a Sydney hotel and, as you might expect, a lot of people are looking at him. Menacing and permanently pouting, Silvio wears silk shirts, loud ties, great suits and gold chains. And that hat of motionless black hair which gives even the most ill-fitting wigs a good name. But on... > Read more 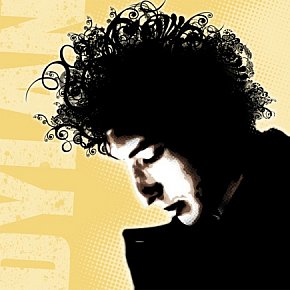 At 66, Bob Dylan has been through many musical changes in the course of his career, from fresh-faced young folkie to senior statesman of his generation. He's been folk, what we now call alt.folk, folk rock, psychedelic rock, rock’n’roll, country, alt.country, troubadour, country and western . . . And he made movies, changed hats and jackets as often as he changed his musical... > Read more