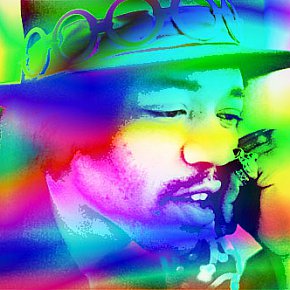 For a man who changed the landscape of rock -- and not so coincidentally my life -- his last resting place looks extremely modest. It is late 2002 and I am standing at a simple plaque in the grass with only a single glass of fading flowers on it. There are no visitors here other than me and my companion Tommy, a Norwegian music journalist from Los Angeles. A few minutes ago I walked into... > Read more 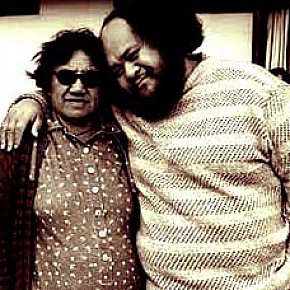 It's a fair if not entirely original observation that the late Dalvanius Prime made an immediate impression. I'll never forget the day we shook hands in Patea. The big man was, typically, wearing his body-hugging pink tracksuit. Back at his modest, almost alarmingly small home he showed me his memorabilia and treasures, and was especially proud of the magnificent image of King Tut... > Read more 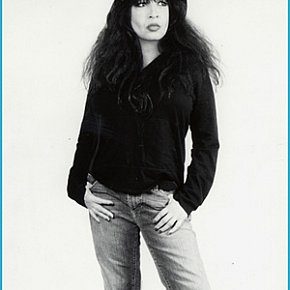 Steven Van Zandt of Bruce Springsteen's E Street Band said it best: " 'Everybody love Ronnie.' It's the first bylaw of rock'n'roll." Ronnie Spector, lead singer of the archetypal 60s girl-group the Ronettes, defined the exuberant spirit of pre-Beatles American rock'n'roll through the alchemy of a street-wise image adopted from Spanish girls in her New York neighbourhood, a sensual... > Read more 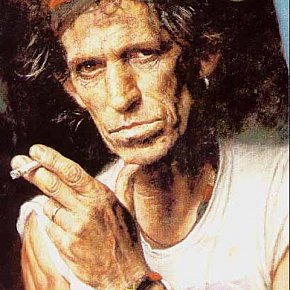 When Keith Richards fell out of that palm tree -- or fell off a stump as we later heard -- he was hospitalised in Auckland and underwent brain surgery. Given the seriousness of his condition and his age it was widely anticipated at the Herald that he might not survive, so in addition to having the "official" obituary ready to go I was asked to write something personal about the guy.... > Read more 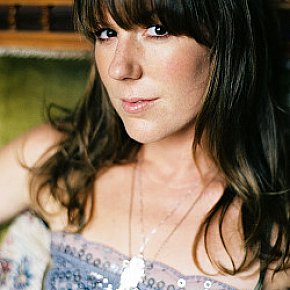 “You know, I’d left school and had gone straight into playing in pubs,” laughs Auckland singer-songwriter Miriam Clancy. “I had no other training behind me. So it was either work in a café, or go and live at mum’s.” Clancy laughs again as she remembers that difficult period a few years ago when she decided to stop knocking herself out after a decade of... > Read more

Miriam Clancy: And So It Begins 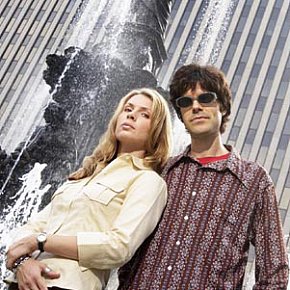 Karin Berquist and Linford Detweiler get the treatment usually reserved for big stars. A year ago few people here were aware of Over the Rhine, the Cincinnati band formed around the song-writing core of Karin Berquist and Linford Detweiler, whose seductive blend of alt.country and American folk had quietly been captivating an American audience.  Yet here they are now, receiving... > Read more

Over the Rhine: Who Will Guard The Door (from Drunkard's Prayer) 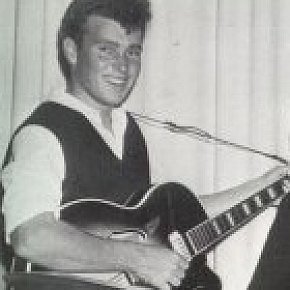 At some point in the mid 2000s, Christchurch-born rock'n'roll pioneer Max Merritt was receiving some award for his contribution to New Zealand (and Australian) music. There may also have been some kind of compilation coming out (I forget) so I interviewed him about those early days. I initially asked what it was like being a teenage rock'n'roll hero and how he got started. I... > Read more 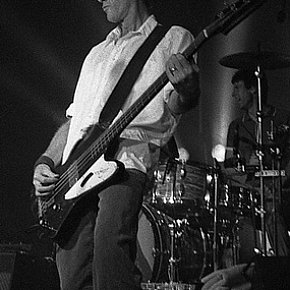 Bones Hillman's CV wouldn't get him a nice job in a bank, but that was never the point. The bassist/singer born Warne Stevens started here in a punk outfit called the Masochists back in '77, then joined the seminal Suburban Reptiles. In the Reptiles he met former Split Enzman Phil Judd and Buster Stiggs and they split off to become the Swingers. Their hits One Good Reason and Counting... > Read more 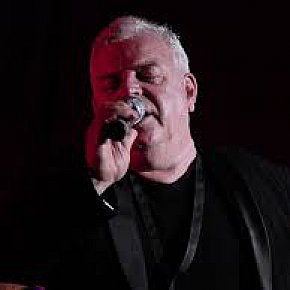 When Rick Bryant got his university results he knew he could get A Good Job, maybe in Treasury or Foreign Affairs. "But I never had any aspiration for that kind of appointment," he says, unleashing a lung-rattling laugh. It is a voice which matured in smoke-filled pubs and, despite pending legislation suggesting otherwise, sounds the better for it. Even before... > Read more

Dizzee Rascal (aka Dylan Mills), out of London's tough East End, crashed into view with his terrific Boy in Da Corner debut album last year. It made "best of the year" lists everywhere for its compelling stories of real life which, like The Streets, weren't afraid to be heartfelt and emotional when necessary, but without losing the tough edge. What makes Dizzee Rascal... > Read more 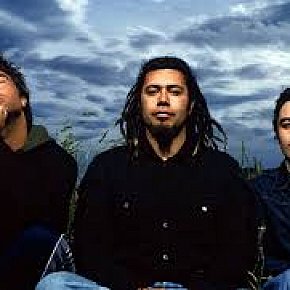 Hailed as a gentle but potent love song to Aotearoa and its people, TrinityRoots' Home, Land and Sea is a celebration and call to unity which shines in contrast with most other offerings currently topping the album chart. Guitarist Warren Maxwell, bassist Rio Hemopo and drummer Riki Gooch have built on their debut True to create a mystic soulful album in which the band... > Read more It's a week ago and you have to imagine the scene backstage in a room at Toronto's Guvernment Entertainment Complex. Peter Hayes of Black Rebel Motorcycle Club has just come off stage. It's 1am and he has run into some musician friends - but also has a phone interview to New Zealand scheduled. Now most people at this point - weary, slightly slurry of voice from whatever - might ignore... > Read more For two guys who have done 27 interviews back-to-back in Sydney, arrived in Auckland at midnight and got up early for a Mike Hosking interview on Breakfast, Tiki Taane and Andrew Penman are surprisingly chipper. Taane is playing a Tony Hawk skateboard game on a laptop, and Penman is looking through a scattering of CDs, vinyl and posters on the coffee table of this suite in the upmarket... > Read more 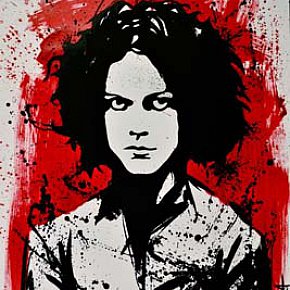 JACK WHITE INTERVIEWED (2003): The heat on the rising son

As a measure of how mighty or mundane Jack White's life has become, consider this: It made news in Hollywood gossip magazines that he had grown a moustache. Now for him, that's either great fame or a great pain. No two guesses needed about what he thinks. The man who is one half of the White Stripes with Meg White -- his sister or ex-wife, believe what you will -- and largely... > Read more

The Air Near My Fingers Few bands were as exciting, but as irritating, for world music purists as London's Transglobal Underground, who emerged at the start of the Nineties with clubland hit Templehead. A meltdown of big-beat dancefloor, Indian instruments and rock guitars, funky bass and the voice of Egyptian singer Natacha Atlas, TGU had their roots in the tiny basement room of Nation Records in central... > Read more The invitation for dinner-hour drinks and a show in an Auckland hotel ballroom by Michael Buble was clear: dress to impress. Some did, but for many a denim jacket or T-shirt apparently fitted the bill. It can be hard to convince Kiwis some things are worth a little effort. And Canadian singer Buble - pronounced Boob-lay - was well worth it. The singer who locates his heart... > Read more 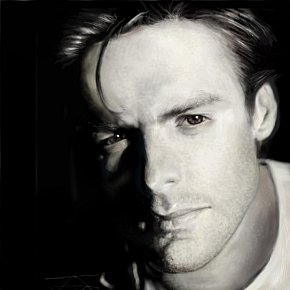 It's below 40C and Bryan Adams is heading to the improbably named Chicoutimi, 200km north of Quebec, for a gig. It's only a 5000-seater and for someone who has played stadium shows for more than 100,000 this seems a small deal. He laughs and admits it isn't premier-league stuff, but the cost of touring means he has to pepper in a few other shows around the main ones, in this case dates... > Read more 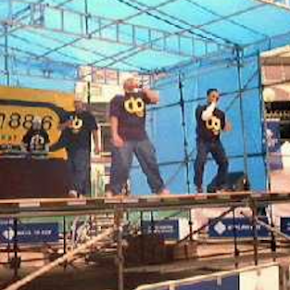 Pinang in Malaysia, about 1998, was the last time. "Some dude tried to stab me with a meat cleaver. After that I thought, 'Well, no one's going to walk up to me in New Zealand and try to kill me with a meat cleaver'. So I came home. Although lately ... " Taina Keelan pauses. It's been quite a time for headlining homicides, and maybe playing music in bars around Southeast Asia... > Read more 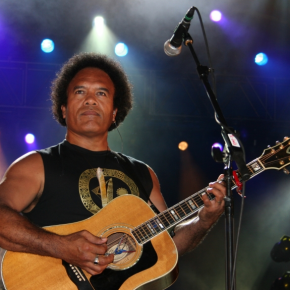 From the semi-rural side street, the home of Opetaia and Julie Foa'i in Laingholm is unremarkable other than for its size. It sprawls across the property and boasts a high A-frame, but other than that you would drive past without a second glance. However, this is the spiritual home and business centre of Te Vaka, Auckland's pan-Polynesian group whose celebratory and exotic... > Read more 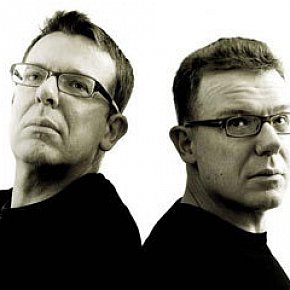 Serious guys these Proclaimers. And that's despite their uplifting Everlys-from-Scotland sound which often comes off as singalongs, notably the naggingly addictive I'm Gonna Be with its beerhall chorus "I will walk 500 miles." But being Scottish, and it's a trait observable in those cooler climes, they also knuckle down to the serious stuff. When they emerged 14 years... > Read more