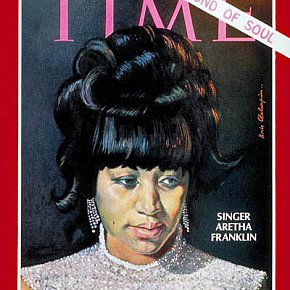 When American critic Dave Marsh complied his The Heart of Rock and Soul in the early 90s -- a free-swinging personal recount of the “1001 greatest singles ever made” from doo-wop Moondogs (1955) to dance floor Madonna (1985) -- one name turned up repeatedly. For those who nostalgically put Abba up the charts again (and again) that name may seem surprising -- but here was someone... > Read more

Aretha Franklin: When the Battle is Over 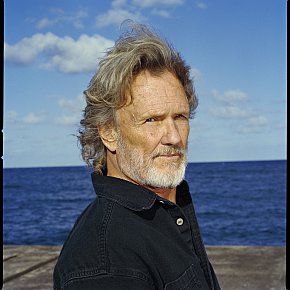 Before he was 40 Kris Kristofferson -- now in his 70s -- had lived enough to fill the pages of at least a couple of wild novels. And the real craziness was still to come. In the 80s Kristofferson greeted a journalist with, “Let’s have some dope”. The interviewer reported she remained high just by breathing his exhaust. Born in Texas, he was a smart kid and won a Rhodes... > Read more 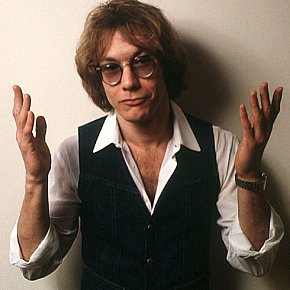 The various encyclopaedias of rock don’t do justice to Warren Zevon. He got a snippy microscopic reference in the 91 New Illustrated Rock Handbook (“well-established but usually hitless”) and a massive tome from the same period by Phil Hardy and Stephen Barnard didn’t mention him at all.  A few others get to the usual stuff. That he played piano for the Everly... > Read more 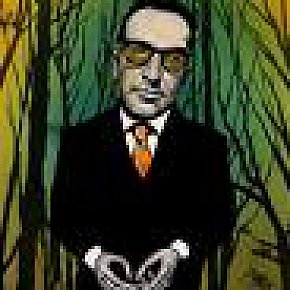 When Mick Jagger started doing interviews this year for his return-to-form Wandering Spirit, he let it be known he’d prefer to speak with younger writers, not those carrying a whole heap of Stones baggage. Elvis Costello – now 16 years in the trade and whose latest album The Juliet Letters finds him with a string quartet – makes the same point. Ironically Melody Maker... > Read more 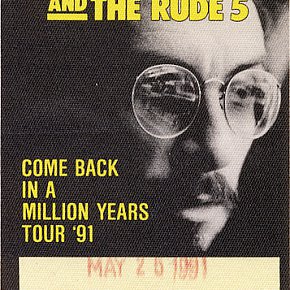 Elvis Costello has lurked about under any number of names in the past decade or so. He’s been Howard Coward of the Coward Brother (when he sang with T-Bone Burnett), Napoleon Dynamite (for his ’86 Blood and Chocolate album), cynically called himself “The Beloved Entertainer” and for a while even worked under his birth name, the flamboyantly Irish Declan Patrick Aloysius... > Read more 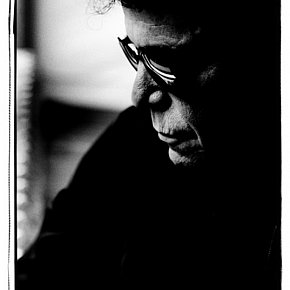 Some great rock albums have been inspired by death. Deaths of friends were at the heart of Neil Young’s bleak Tonight’s the Night, death of belief and the spirit fuelled John Lennon’s abrasive Plastic Ono Band album. In 1990 Lou Reed – with John Cale – took the death of friend Andy Warhol (1928-87) to craft the poetic, affecting and quasi-biographical Songs for... > Read more 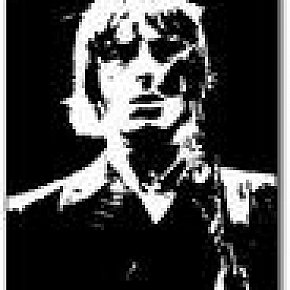 After six exhausting years in the Jam, singer-songwriter Paul Weller pulled the plug in October '82 and within months re-appeared with his keyboard-playing friend Mick Talbot as The Style Council, a group with a soulful, European attitude and some hard things to say about the political state of Britain under the Torys. Their debut album Cafe Bleu of early '84 exuded cool -- but bewildered... > Read more

The Style Council: The Boy Who Cried Wolf 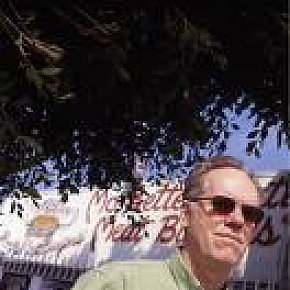 These days American singer-songwriter Loudon Wainwright III -- touted as a “new Dylan” at the dawn of the 70s and whose critically acclaimed 20 or so albums since have skirted the edges of public acceptance -- is pretty well known, but perhaps not for his own sake: he is father to famous Rufus and fairly-famous Martha. But Loudon -- who has always written about his life and... > Read more 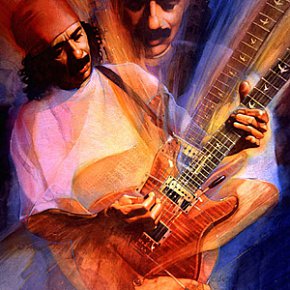 Carlos Santana is either a philosopher or a flake. His conversation is littered with high-minded thinking, but also slews into new age psychobabble which can be cringe-inducing and sounds charmingly naive. This is a man whose favourite colour is a rainbow and thinks MTV should play Stravinsky, but that's another story. This is 55-year-old Grammy-magnet Carlos on current affairs: "See,... > Read more 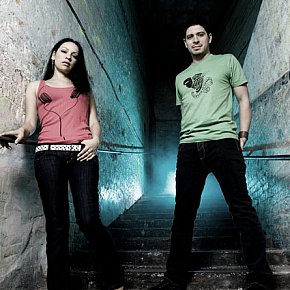 For a man who makes an astonishingly big noise on stage Rodrigo -- the male half of the Mexican guitar duo Rodrigo y Gabriela -- speaks very quietly. Unlike Gabriela who manages a profanity rate on the DVD that accompanies their new album that would impress Ozzy. Rodrigo is also scrupulously well spoken. He also apologises for having been so hard to locate. And he has been: the woman... > Read more 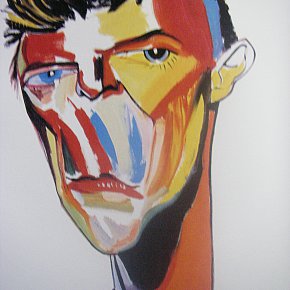 For a while, quite a while in fact, David Bowie could do no wrong – and when something seemed like a career move (“I never did anything out of the blue”) it worked to his advantage. Even when he was The Man Who Fell To Earth after Lou Reed decked him in a London restaurant, it was the day before his new single was released – Boys Keep Swinging. You just can’t... > Read more 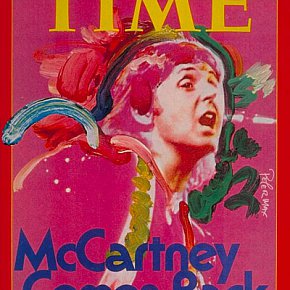 "Wings, only the band the Beatles could have been," said Alan Partridge -- who, we should quickly add, is an alter ego of British comedian Steve Coogan.Rock writers were understandably unforgiving toward McCartney's post-Beatle band but the public just wouldn't listen to those damn critics. People liked Wings. They, or more correctly McCartney, made the cover of Time in May... > Read more 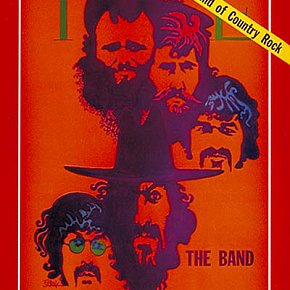 For the record, I turned off the Band around the period they hit the cover of Time magazine in January 1970 - which is to say I never really got into them. This is no brag that when they went commercial I bailed out, more like that guy who yelled “Judas” at Bob Dylan when he plugged in. Just a case of woeful stupidity. That the Band are central to any understanding of... > Read more 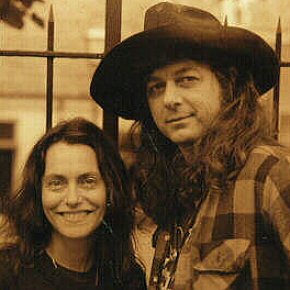 When the Oregon-based garage-rock outfit Dead Moon called it quits 14 months ago after almost 20 years of raw recordings and impassioned live shows, you couldn't say the world stopped to mourn. Exceptional though they were, Dead Moon -- fronted by Fred Cole with his wife Toody (bass) and drummer Andrew Loomis - had neatly sidestepped fame, even in the grunge years when record... > Read more 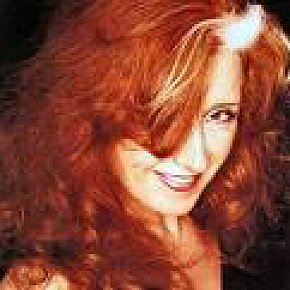 At one of those flashbulb and tape-recorder after-match functions following this year’s Grammy awards, three-time recipient Bonnie Raitt was the centre of attention. In a year which gave awards to Natalie Cole and her dead dad singing something written 30 years ago, Bonnie Raitt – just as she was two years back when she picked up four awards - looked like one of the few worthy... > Read more 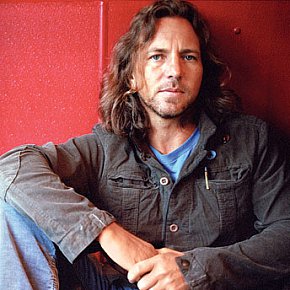 For a Kiwi transplanted to Pearl Jam's rehearsal room in Seattle's warehouse district, it's easy to feel at home on this warm morning. The toilet designated for women has a handmade sign which reads, "Wahine". In the rehearsal room a dozen international journalists have been assembled and the mood is one of nervousness, in part because Pearl Jam frontman Eddie Vedder has a... > Read more 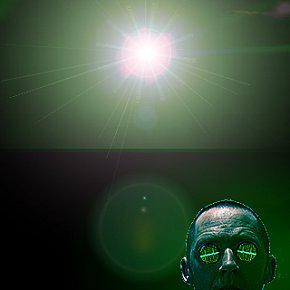 In a recent conversation this German-born Auckland-based guitarist mentioned an album of his I had forgotten about: it was Kling-Klang (on Ode) and at a guess came from some time in the early-to-mid 90s. His mention of it prompted me to get it out again because I had been very taken with it at the time. It was Haeder in a variety of settings from solo, to duets with Steve Garden on... > Read more 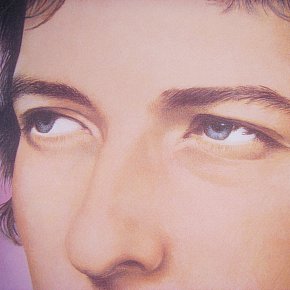 Bob Dylan, North Shore Events Centre, Auckland, New Zealand. February 2003 It's hard to know what to expect of Bob Dylan concerts these days: 40-something albums which range from the indispensable to the indifferent, wildly erratic shows which can include ancient folk-blues or covers of contemporary artists (he has recently included Warren Zevon songs), and that mighty catalogue of original... > Read more 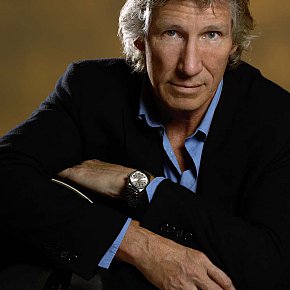 The death last year of 60-year old Syd Barrett—founder member of Pink Floyd and the world’s most famous acid casualty—saw a great outpouring of essays and obituaries, all hailing his genius. Yet Barrett—who had lived in his mother’s house for almost 40 years as a bald, overweight recluse—had little to do with the Pink Floyd most people know; the band... > Read more 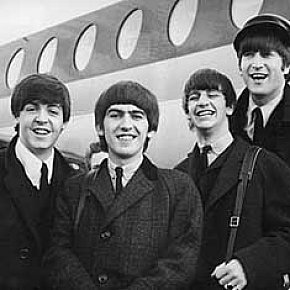 As an example of cosmic symmetry it could hardly be improved on: my 13th birthday,  the Beatles playing in Auckland, and my Dad offered two free tickets. It was only many years later my older sister told me about the free tickets – and that Dad had declined them. I guess that was why, long after the Beatlemania screaming had faded, he bought me a ticket to my first ever pop... > Read more