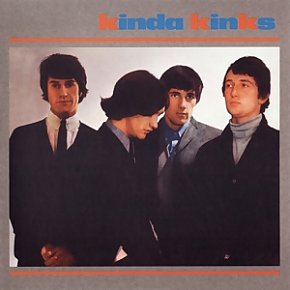 Even their most generous fans would have to concede that – unlike their peers the Rolling Stones, Small Face, Who, Animals and other – the Kinks didn't have a natural feel for black American r'n'b. This was the music of the club circuit in Britain but the few times the Kinks attempted to do those songs in the studio they came off very flat when compared to the originals and... > Read more Although Ray Davies is rightly credited as the great British documentarian/songwriter, it's worth checking out David Bowie's songs before 1968. During that period he was flaying about and trying on different styles, one of which was a kind of wry, sometimes humorous but at other times melancholy storytelling. What was distinctive was not just the very English – a kind of mock... > Read more 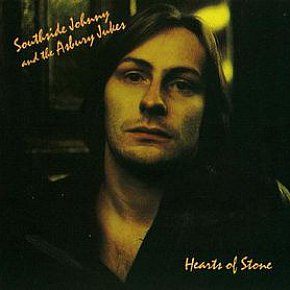 With his big band the Asbury Jukes (a 10-piece), Southside Johnny out of New Jersey could only ever run a distant second to his friend Bruce Springsteen as the Seventies unfurled. Springsteen had the impetus, the big label, smart management and a kind of destiny -- but they were pals and E Street guitarist Steven Van Zandt was a Juke in '74-'75. Van Zandt produced the first three SJ&AJ... > Read more 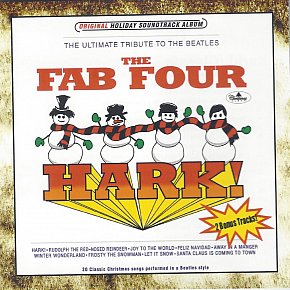 Round our way after a long period in Auckland's second lockdown and just not feeling the festiveness we might usually at this time, we pushed ourselves into the spirit. My wife who loves Christmas (because she has a generous heart) put up the tree earlier than we normally would; made plans to invite the neighbours into our apartment courtyard to give small presents to their kids who've... > Read more 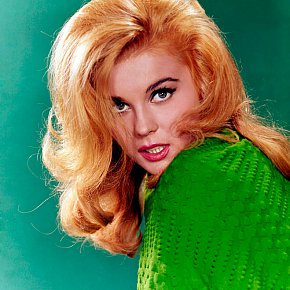 The actress Ann-Margret wasn't such great shakes as a singer, but she had other . . . attributes? She certanly had a decent movie career for a while (she even wasn't bad in one of Elvis' better films Viva Las Vegas) although it does seem odd that she would win a Grammy for best new artist back in '62. Her gospel album of 2000 God is Love was one of her best moments, but otherwise there were... > Read more 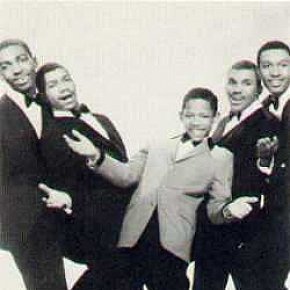 When Brian Wilson wrote the wonderful Wouldn't It Be Nice about that adolescent yearning to be older (and therefore able to indulge in carnal activities without judgement), he was part of lineage of such songs by the likes of the achingly soulful Cross My Heart by Billy Stewart and . . . This by the New Jersey doo-wop group fronted by 14-year old Ronnie Goodson which couches sexual desire... > Read more 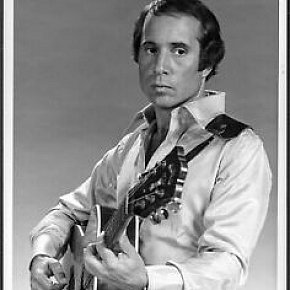 When it comes to economy of images, Paul Simon has few equals, as this song illustrates. There are huge gaps the listener can fill. Slip slidin' awaySlip slidin' awayYou know the nearer your destinationThe more you're slip slidin' away I know a manHe came from my home townHe wore his passion for his womanLike a thorny crownHe said DeloresI live in fearMy love for you's so... > Read more 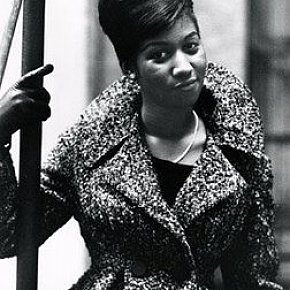 It's a well established fact that some songs write themselves into our autobiographies: we remember our first love by our favourite song, can be taken back to exactly where we were and who we were with when a certain piece of music plays, songs conjure up time and place . . . Talkin' 'bout them Night Moves. The Classic Hits radio format plays on this fact, and rock'n'roll has become a... > Read more

Aretha Franklin: Don't Play That Song For Me 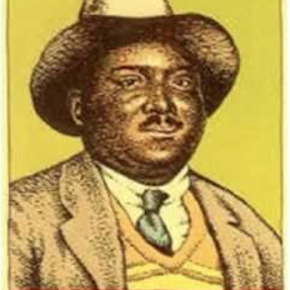 Just as a lot of blues artists were “Blind” and there were a few “Peg Leg” characters out there. Georgia-born Josh Howell got his nickname after he lost a leg when he was shot by his brother-in-law. He'd already established a reputation as an excellent finger-picker but now, unable to work on the farm, he moved to Atlanta and became a street performer before he began... > Read more 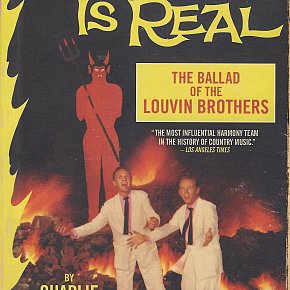 In his autobiography Satan is Real: The Ballad of the Louvin Brothers, Charlie Louvin – who died in 2011 at 83, shortly after its competition – explains this traditional murder ballad. He said that he and his brother Ida (older, a violent alcoholic ladies man) had been performing this since they were kids on the farm in Alabama in the Thirties. “In the old country it... > Read more 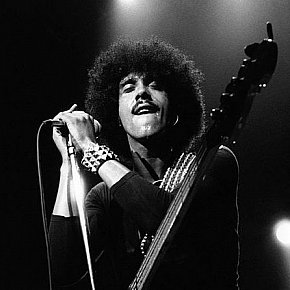 By the time Thin Lizzy came to record their breakthrough single Whiskey in the Jar the band's singer/bassist Phil Lynott had been through half a dozen groups and Lizzy had recorded an EP and two unsuccessful albums. Even after the success of Whiskey they were a band in trouble: their next single crashed, they had line-up changes (guitarist Eric Bell bailing for the sake of his health, the... > Read more 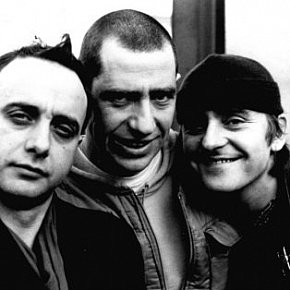 The Eighties were no more weird than any other decade, although if you look at what sat around this one-off hit single by a German group produced by Klaus Voorman, who may have played in the band, you'd be forgiven for thinking that . . .  Around this time Frank and Moon Unit Zappa had a hit with Valley Girls, millions were buying Jane Fonda workout videos, Nancy Reagan was telling... > Read more 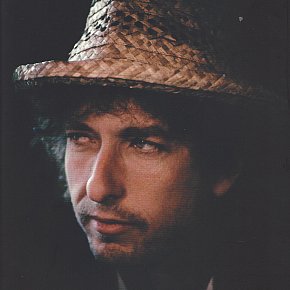 When he was recording the Infidels album with Mark Knopfler and Mick Taylor on guitars, Sly'n'Robbie (drums and bass) and Dire Straits keyboard player, Bob Dylan recorded this embittered rocker which has elements of a flip on Chuck Berry's celebration of American youth. Here the all-American boy is warped by his culture. “He's on the baseball team, he's in the... > Read more 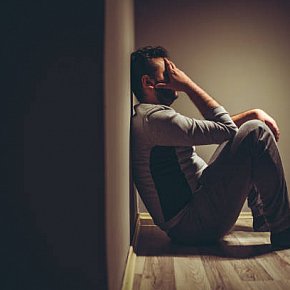 The world is awash with sad songs, but most along the lines of “I love you/I miss you/come back” are very obvious and mostly only affect the listener going through something similar. The more subtle sad songs are those which invite empathy and take you to a place in outside of the obvious sentimentality. In Janis Ian's beautiful At Seventeen and the Veils' Us Godless... > Read more 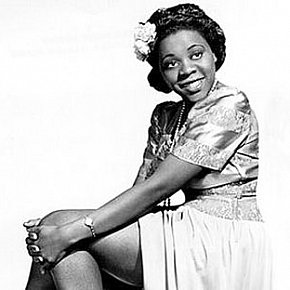 Written by Lionel Hampton and Leonard Feather, Evil Gal Blues perfectly captured the independent spirit of black women at the time, and was the first recording by Dinah Washington and started her short career. She was 19 when she sang this and died just 20 years later of an accidental overdose of prescription drugs. In those two decades she recorded mainstream pop hits, jazz classics,... > Read more 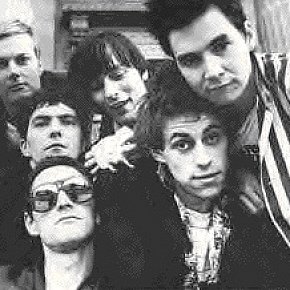 Many of us don't like Mondays, but we don't all . . . In 1979, Bob Geldof of Ireland's Boomtown Rats read about the 16-year old American girl Brenda Ann Spencer in San Diego who fired at a children's playground killing two adults and injuring eight children. She used the rifle her father had given her. When asked why she did it she said, "I don't like Mondays. This... > Read more 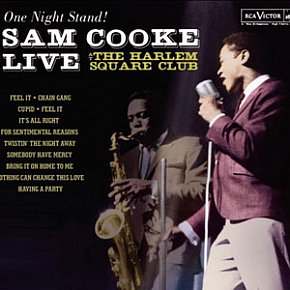 Although the great Sam Cooke is best remembered by radio programmers for smooth pop hits (Cupid, You Send Me, Bring It On Home To Me, Wonderful World) and his posthumous classic A Change is Gonna Come, he could also deliver a feisty rock'n'soul review show. But with his good looks and mainstream success, that aspect of style was often downplayed by his management and record company people.... > Read more As with many people who have a religion, faith or some kind of mainline on what they believe to be the truth, George Harrison wasn't short of moralising and a bit of finger-pointing with warnings. At their best (early in his solo career) his lyrics were measured but later on the dogma and judging seemed to emerge more. In this, the final song he recorded when he knew he was going to... > Read more

Born of its political era and John Cale's peculiarly damaged consciousness at the time, this menacing live recording captures an embittered spirit, a rare rage and a grim humour. As Mikal Gilmore noted in Rolling Stone at the time, the Sabotage/Live album this comes from is "without apology, and more importantly, without ideology, something of a rough and ready homage to the business... > Read more

(from vinyl, some enjoyale surface noise and pops) 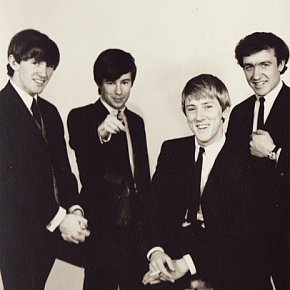 Cliff Richard and the Shadows' Move It of 1958 was widely considered by many (the young John Lennon among them) to be the first and most authentic British rock'n'roll hit. But when placed alongside this ripping version it sounds positively tame. The Pleasers lead by Roger Skinner – who had moved through skiffle and rock'n'roll into Merseybeat – were very much right... > Read more