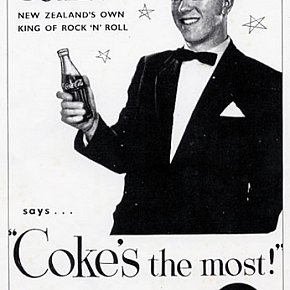 It's widely known that Johnny Devlin was New Zealand's own Elvis Presley -- but unlike Elvis, Devlin wrote his own material. Certainly he covered the hits of the day -- Hand Jive, Wild One, Bony Maronie and so on. But he also wrote some creditable originals like Hard to Get, High Heeled Shoes, Nervous Wreck and so on -- which all were firmly within the genre of Fifties rock'n'roll as we... > Read more 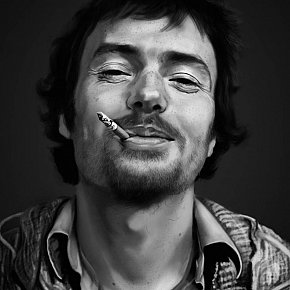 Irish singer-songwriter Damien Rice is perhaps the one we should thank – or blame – for Ed Sheeran, as this song was the young Sheeran's epiphany. Sheeran was 11 when, by his own account, he saw the clip for Cannonball “at about four o'clock in the morning, just this dude's mouth singing, and it turned out to be Cannonball.” Although very young Sheehan was... > Read more 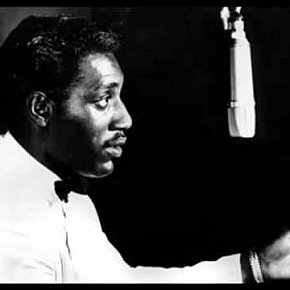 One of the greatest, most pain-filled soul songs, Dark End of the Street was written by producer Chips Moman (Elvis, Aretha, Waylon and many more) and Dan Penn (whose writing credits are so legion as to be too long to list). And, for what it doesn't say, it is one of the most ambiguous lyrics too. Although they wrote it as a cheating song. That is certainly in there –... > Read more 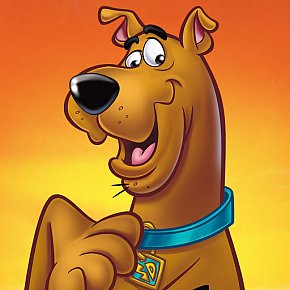 The recent release of his album Tomorrow's Daughter by one of Elsewhere's favourite power pop artists, Matthew Sweet, reminded us of this oddity which appeared on the compilation album Saturday Morning; Cartoons' Greatest Hits in the mid Nineties. The curator of that album Ralph Sall remembered how the bright colours of cartoons, crazy dissonant sounds and sonic effects, and very corny... > Read more 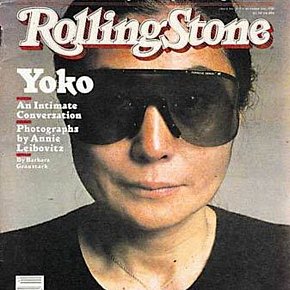 Marlon Williams has sometimes picked up unusual songs to cover – not the least being Billy Fury's I'm Lost Without You – but to hear him do Yoko Ono's Nobody Sees Me Like You Do in concert recently was a real surprise. The original appeared on Ono's Season of Glass album, her first solo album after her husband John Lennon's murder in late '80. It was one of her many songs of... > Read more 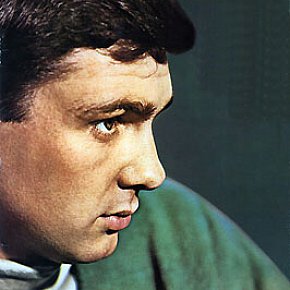 Because many of us used to read album covers with something approaching an obsession when we were first buying records, we got to know the names of songwriters (Charles and Inez Foxx always sounded so mysterious when I found them on the first Downliners Sect album) and even producers. So imagine my confusion when I saw the name "Gene Pitney" credited with playing piano on Little... > Read more 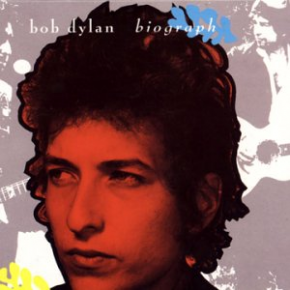 Never throw anything away, huh? And Bob Dylan's career, with the massive and on-going Bootleg Series, just keeps presenting outtakes, live material, different versions and sometimes many complete songs which went unreleased.   But even before the Bootleg Series was launched with the three volume collection in 1991, Dylan had already released the 53-song, five record set Biograph in... > Read more 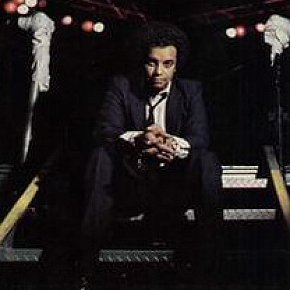 Because he was just a great rock'n'soul, one-off belter in that dead air between Elvis-in-the-army and the Beatles-on-Ed Sullivan, there was no reason to think Gary Bonds would have had any second life in rock'n'roll. He was, for many, just a space-filler in history with minor hits like the exceptional Quarter to Three in '61 and . . . . Well, that was it, really. But like so many... > Read more 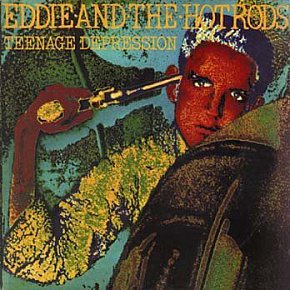 As their name suggests, Eddie and the Hot Rods were never really part of the UK punk scene although -- like fellow pub rockers Dr Feelgood -- they were often lumped in with it during the late Seventies. But their thing was old school rock'n'roll (on record they'd covered Sam the Sham's Wooly Bully before this single) although as the musical climate changed they revved up their act and rode,... > Read more 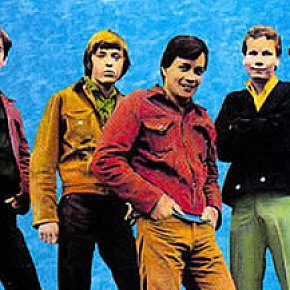 Whatever the reason -- working class industrial, mix of races, impurities in the water -- Detroit has been a hotbed of great music. From Bill Haley and Hank Ballard in the Fifties through Motown, Bob Seger and the Stooges to the Dirtbombs, Eminem and the White Stripes, it just keeps coming. And let's not forget -- although many do -- the great Mitch Ryder and the Detroit Wheels who cracked... > Read more 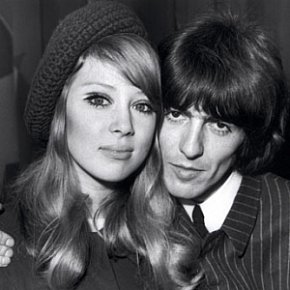 And it's a belated happy birthday to the former British model Pattie Boyd who turned 74 on March 17. Boyd is something more than a footnote in pop culture – she was only a model for a few years – because she inspired a remarkable number of songs from her two husbands, George Harrison and Eric Clapton. She first met George Harrison on the set of the Beatles' film A Hard... > Read more 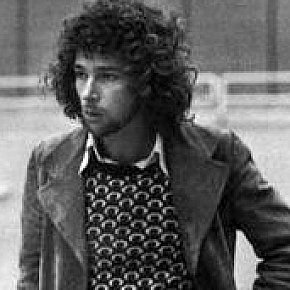 The story of Big Star -- post-Beatles pop band in the Seventies like Badfinger and, like Badfinger, largely overlooked or dismissed as unfashionable at the time -- has been previously told at Elsewhere (see here), but there is a considerable amount of their wonderful material to pull from the vaults. And it doesn't all come from the pen of the late Alex Chilton whose eccentric course... > Read more

Aside from unleashing his own extraordinary music onto an unsuspecting world in '67, Jimi Hendrix also kicked down the door for a thousand other guitarists who studied his technique and tone and then attempted something similar. The trio of Third Power out of Farmington Hills near Detroit were on Vanguard and perhaps the heaviest and most psychedelic of any on the label. They... > Read more 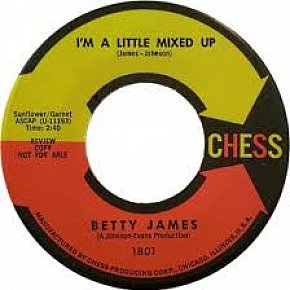 Careers can been pretty short sometimes, witness the case of Betty James out of Baltimore who played the club circuit with her husband on guitar and son on bass. She was heard by a couple of ambitious entrepreneurs --Bobby Johnson and Joe Evans -- who had her record I'm a Little Mixed Uop for their New York label Cee Jay. It became a hit in the city but Chess Records in Chicago heard... > Read more 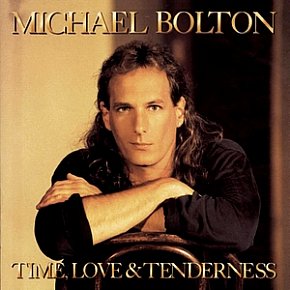 And in what is undoubtedly a first at Elsewhere, we mention the name Michael Bolton, the shouty and soaring blue-eyed soul singer who was enormously popular with the ladies in the late Eighties and Nineties. Critics -- white males predominantly -- reviled him with the kind of resentment usually reserved for Phil Collins but they couldn't stop his massive album sales. He co-wrote quite a... > Read more 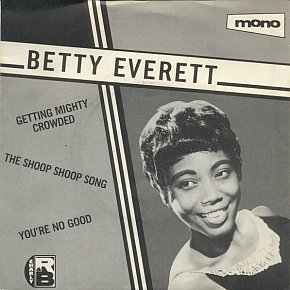 With the great Willie Dixon on bass and other players who turned up on Ike Turner's Rhythm Kings sessions, the young Betty Everett nailed this original for the Cobra Records label in Chicago, a label that tried its hand at early rock'n'roll but made its reputation with great blues and rhythm'n'blues artists like Otis Rush, Sunnyland Slim, Magic Sam and Ike Turner's various lineups... > Read more 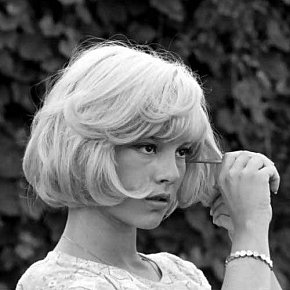 When the French megastar and cultural icon Johnny Hallyday died recently, most obituary writers were quick to note how he had started his shapeshifting career inspired by Elvis and then morphed through Beatle-era pop and so on, whatever style was fashionable there was Hallyday. Kind of like a Francophone Cliff Richard, but with more attitude (and about 30 number one albums in France... > Read more 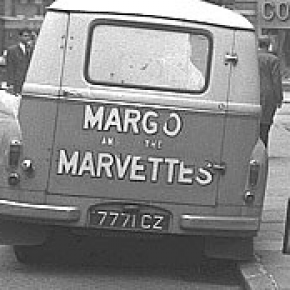 This great soulful song was cowritten by Jerry Ross (with Scott English and Victor Milrose) and had been a modest chart success in the US for Dee Dee Warwick, Dionne's younger sister. It was such a potential hit that other American artists also did it (to lesser success) but this version has an interesting back and forward story. When John Schroeder, an A&R man/producer at Pye in... > Read more 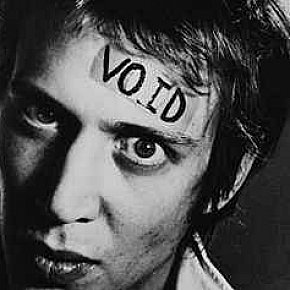 Some generations get labels foisted on them – Baby Boomers, Gen X and Y etc – but Richard Hell (born Richard Meyers) offered this exciting, self-defining statement of a generation which captured the outsider, almost nihilistic mood of many young New Yorkers at the time. Hell was no newbie either, he'd been around long enough to feel this going-nowhere life. He'd been... > Read more 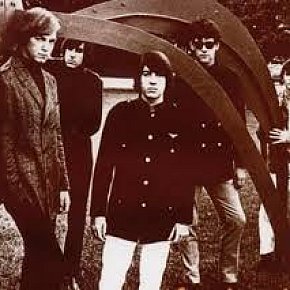 Even in the day-glo Summer of Love there were still bands which were somewhere between garage-band r'n'b rock (like Them) and the usual truths of a suburban garage full of sexual frustration, male teenage hormones and guitars'n'drums . . . and not much further unless you consider the sexuality more overt. As with Fever Tree, an offshoot of the SanFan/Houston sounds of the little-known... > Read more