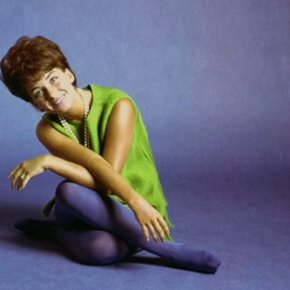 While not quite in the league of He Hit Me and It Felt Like a Kiss, this sliver of semi-innocent pop sounds very uncomfortable these days. Poor Joanie, just wanting to get a response from the meek boyfriend ("I want a brave man, I want a cave man") and hoping for a lecture from Johnny. She wants Johnny to be the boss, but wimpy Johnny sounds like his part could be played by Gene... > Read more 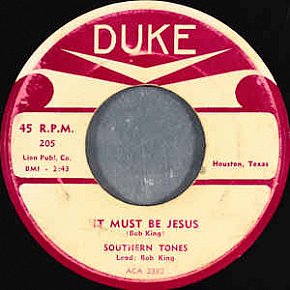 Anyone wondering why Ray Charles copped such a backlash from black preachers and congregations in the late Fifties/early Sixties need only listen to this song by a Southern gospel group and Charles' I Got a Woman released the same year. You can hear quite clearly where he got the idea from. He'd heard to song on the radio and loved its drive and passionate intensity... > Read more 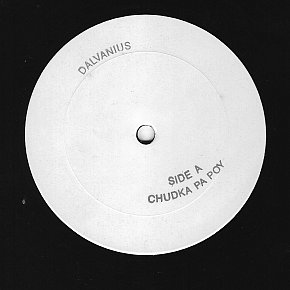 Here is further proof – if any more were needed – of what a musical genius Dalvanius Prime was. Perhaps best (and only known?) by hundreds and thousands of New Zealanders for Poi E by Patea Maori Club, there was so much more to the man, not the least his Sydney-based showband Dalvanius and the Fascinations. And by chance this 12” single was pulled from the shelves... > Read more 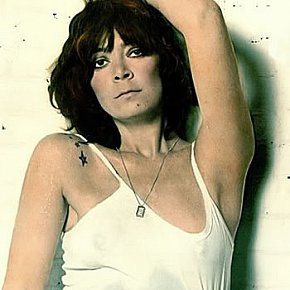 By the time New York singer Ravan got to her album And I Mean It, from which this track is taken, she'd already had a few careers: she'd been the singer in the Escorts in the early Sixties (the line-up included soon-to-be-producer Richard Perry); she was Goldie of Goldie and The Gingerbreads who scored a top 10 UK single with Can't You Hear My Heartbeat (produced by Alan Price of the Animals)... > Read more

One of the saddest songs ever penned, He'll Have to Go became a signature ballad for the man they called Gentleman Jim Reeves. Reeves (1923-64) had the vocal ease of Bing Crosby but with less of the Crosby's lower register scuff: if Bing was brown, Jim was tan. And there was something about his slow aching honesty that made him the perfect voice for songs about a man in love whose... > Read more 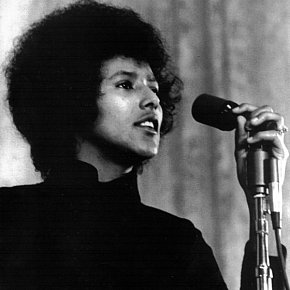 In that period when rock joined hands with the revolutionaries (the late Sixties into the early Seventies), few could claim to so confidently occupy both sides: Brown was one of them. Born in Philadelphia, she moved to California in the mid-Sixties to wait tables, became a member of the Black Congress community orgainsation, wrote freedom poetry and songs, performed in various places and... > Read more 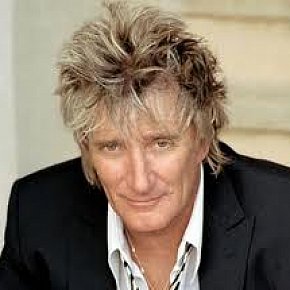 In his candid autobiography, Rod Stewart -- whom I unashamedly like and admire for his original songs, covers and sense of humour -- dismisses, or is highly critical, of some of his albums. In 2000 after a skirmish with cancer, he returned with the album Human, which included Charlie Parker Loves Me and this song with Helicopter Girl. But as he writes, "[Human] sold poorly.... > Read more 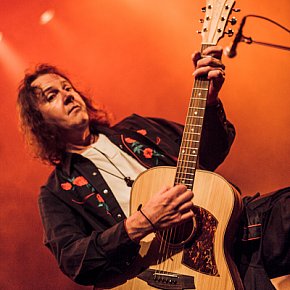 Bob Geldof once said that “rock music of the Seventies was changed by three bands: the Sex Pistols, the Ramones and the Saints”. The Saints out of Brisbane were certainly the vanguard of a style which would be recognized as punk with songs like (I'm) Stranded, Wild About You and the Ramones-like speed-thrash of Demolition Girl in '76. But there was more to their musical... > Read more 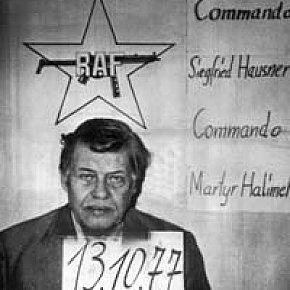 The idea of “found sound” was hardly new when Brian Eno, Judy Nylon and Patti Palladin (aka Snatch) and Eno's then-familiar crew of Phil Collins (drums), bassist Percy Jones and guitarist Paul Rudolph release this as the B-side to his song King's Lead Hat (an anagram of Talking Heads) from his Before and After Science album (a longtime Essential Elsewhere album). The RAF of... > Read more 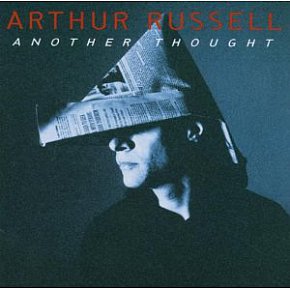 Curiously, it has only been in recent years that the British music press "discovered" Arthur Russell. But maybe not so curious: Russell died of Aids-related illnesses in '92 and although he left behind literally many hundreds of reels of recordings (everything from disco through experimental pop to Russell singing with just his cello for accompaniment) his work was little known beyond... > Read more 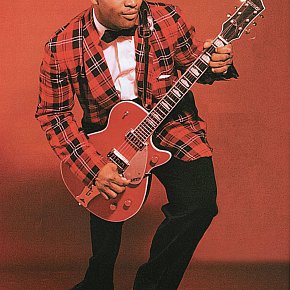 The late Bo Diddley was perhaps best known for that distinctive self-titled riff that he bequeathed to rock. He used it on a number of songs -- Hey Bo Diddley, Pretty Thing, Hush Your Mouth and others -- and it came into rock with Buddy Holly's Not Fade Away, the Downliners Sect's Be A Sect Maniac and Sect Appeal and many others. Bo referred to it as his "shave and a haircut, two... > Read more 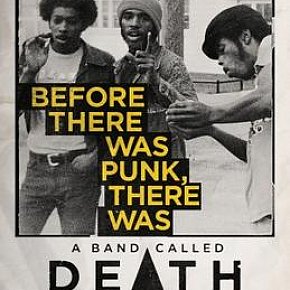 Until the 2012 doco A Band Called Death, few outside of Detroit had heard much about Death, the three brothers Hackney who formed a funk band but then, influenced by rock music, turned into a serious, proto-punk rock band inspired by the politics of the late Sixties/early Seventies (which was very volatile, especially in Detroit and Chicago). They stumbled at the first... > Read more 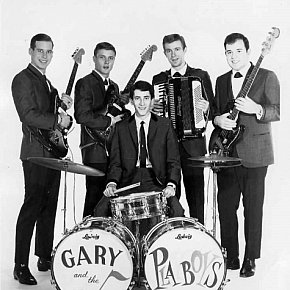 The offspring of Hollywood were just as swept up in Beatlemania as anyone. The two sons of comedian Soupy Sales -- Hunt and Tony, drums and bass respectively -- were in Tony and the Tigers who appeared on Hullabaloo and had a couple of records out . . . although went on to more interesting things later when they joined Todd Rundgren, Iggy Pop (on Lust for Life) then David Bowie in Tin... > Read more 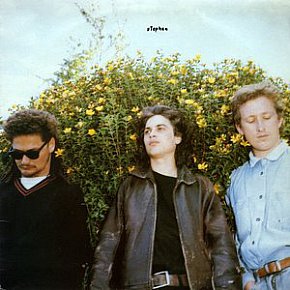 Unless you happened to be in Dunedin at the time, the late Eighties Flying Nun trio Stephen -- guitarist David Kilgour (Clean etc), bassist Alf Danielson (Goblin Mix) and drummer Geoff Hoani -- seemed to last little longer than their EP Dumb (which was about 13 minutes). There was, as far as I am aware, just the EP Dumb (six songs) and . . . Oddly enough though they had formed three... > Read more 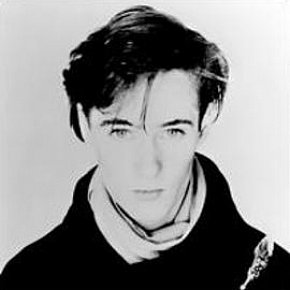 By the time of their third album Love in 1987, Aztec Camera out of Scotland had effectively become just singer-songwriter Roddy Frame and whoever he chose to work with. Love was their/his most successful UK album and the single Somewhere in My Heart lifted from it went to number 3 on the British charts. The 12" remix of that single was more interesting when you flipped it over: the... > Read more 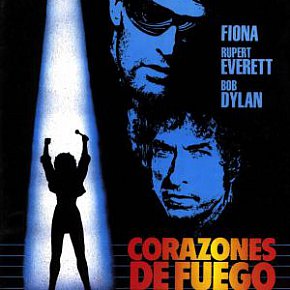 Although in these days of online-everything there could be very few Bob Dylan songs described as rare, this one isn't too readily available . . .  unless you have the soundtrack to the Eighties film Hearts of Fire on which it appeared. The movie itself -- in which Dylan plays an elusive and reclusive rock star, in very bad Eighties clothes -- was widely disparaged and didn't even get... > Read more 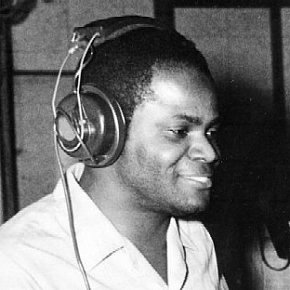 The great Joe Tex has appeared at From the Vaults previously (with his wonderful soul screamer'n'stomper I Gotcha from '72) but this -- his 21st single (out of 33 US r'n'b chart hits between '65 and '78) -- deserves special mention. A narrative that is part (im)morality tale, philosophy-cum-humour and a bit of street-soul in the chorus, Buying A Book came out of Muscle Shoals and -- while a... > Read more 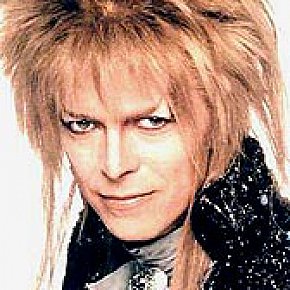 Accidentally catching David Bowie in Labyrinth on television recently reminded just how much he put himself about for a while there. Recording Peter and the Wolf, singing the Little Drummer Boy with Bing Crosby, strutting with Mick Jagger for Dancing in the Street, the Absolute Beginners and When the Wind Blows soundtracks, knocking off stuff for Labyrinth which allowed him to dance in very... > Read more 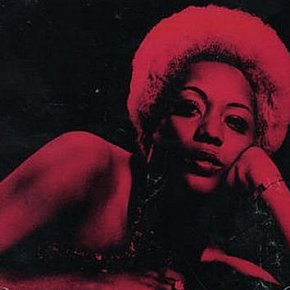 Well, if anybody in '72 could break up somebody's home it would have been the steamy Ann Peebles who delivered this classic Memphis soul gem and the following year cemented her reputation with two classics, the much covered and sampled I Can't Stand the Rain and I'm Gonna Tear Your Playhouse Down. Peebles originally came from St Louis and sang gospel as a child but found her feet in Memphis... > Read more 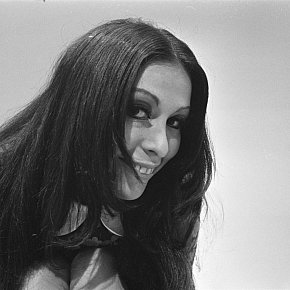 In 1968 middle-class, middle-aged (and some kids) Britain held a collective breath. That year the Eurovision Song Contest was being hosted at the Royal Albert Hall, after a bare-footed Sandie Shaw had won it the previous year with Puppet on a String. This time success was assured because the committee had put up Britain's favourite pop star Cliff Richard . . . and the song chosen was... > Read more