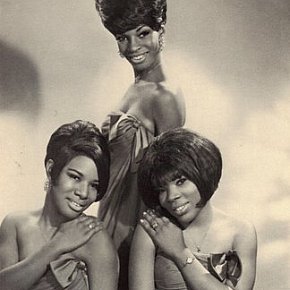 Beyonce's thrilling Bollywood-influenced dancefloor hit Single Ladies; Put a Ring On It reminded of the long tradition of songs about wedding rings, or the lack of them, or how tarnished a memory can be . . . Elsewhere has already posted a number of such songs: Gary Lewis and the Playboys' pop hit This Diamond Ring and Freda Payne exceptional and ambiguous Band of Gold (about... > Read more Elsewhere pompously prides itself on some rather arcane Beatles' knowledge but until someone recently posted this on a Facebook page we'd never heard of this connection. Following Dyaln's famous phrase "amateurs borrow, professionals steal", John Lennon quite obviously filtched the intro of this for Revolution in 1968. Crayton, an r'n'b singer and guitarist, was born in 1914... > Read more

In its early days Motown didn't directly address political issues -- although there's a good case to be made that its very existence and popular success was, like rock'n'roll of the Fifties, a political act in itself. But as the decade rolled on and young black men were either being shipped off to Vietnam or getting edgy in the streets back home, it was hard to ignore the rise of the Black... > Read more In August 2018, Robert Redford announced the film The Old Man and the Gun would be his last. He was 82 and went out with a very low-key and wry story about the real life recidivist bankrobber and serial prison escapee Forrest Tucker whose final spree was four banks in a single day when he was 79. That time he didn't live to escape or be freed, he died in prison at 83. The story... > Read more 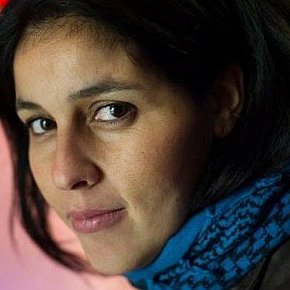 This delightfully trippy exotically psychedelic song sounds like it has been beamed back to us for the late Sixties but in fact was on the excellent Essential Elsewhere album Honeysuckle/Mesk Elil album by the Paris-based, Algerian-born singer-songwriter Souad Massi. On her subsequent album O Huria/Liberty she had Paul Weller as a guest and from that album's title you can guess she is... > Read more It's only Monday but this title just about sums it up . . . Except? While this wonderful post-Sam Cooke soul ballad starts off as you might expect (want to get home, we ain't getting any younger) it does take a slightly darker and more interesting turn if you are prepared to hear it that way:  "I'm just another lonely man" . . . And there is another woman on the... > Read more

By the time Willie Nelson laid down this demo of what is arguably one of the greatest songs of his pre-fame period, he had already written Family Bible (a top 10 country hit for Claude Gray although Nelson had sold the song outright so got no writing credit or cash) and Hello Walls (number one for nine weeks in '61 for Faron Young). Crazy, which he had also written, would become a huge hit... > Read more 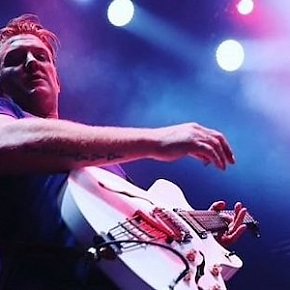 Elsewhere always liked the Californian band Romeo Void – who sounded very New York/New Wave in the early Eighties – and especially on their sole hit Never Say Never. It was written by singer Debora Iyall and the come-on hook “I might like you better if we slept together” was written for the band's bassist Frank Zincavage, although she didn't tell him that... > Read more

Older, if not wiser, "heads" will know exactly who Dr Timothy Leary was -- an advocate of the widespread use of LSD to change cultural consciousness and to open individuals to the vastness of the cosmos within and without. Tune in, turn on and drop out became a mantra in the late Sixties. His album You Can Be Anyone This Time Around was one of the first cut'n'splice albums of... > Read more 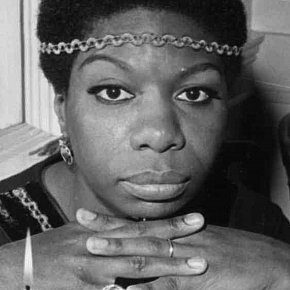 Lord knows, Gilbert O'Sullivan's 1972 hit Alone Again, Naturally was one of the more depressing songs ever to top the charts around the world. Although the tune sounded almost jaunty the opening lyrics were, “In a little while from now, if I'm not feeling any less sour, I promise myself to treat myself and visit a nearby tower. And climbing to the top will throw myself off . . .”... > Read more

Amazing what you find by accident on aircraft film channels if you forgo watching the US blockbusters or Lord of the Rings again. On a recent trip between Kuala Lumpur and Melbourne - by Emirates whom I unequivocally recommend, and who mercifully don't have LOTR -- I was flicking through the hundreds of options on Emirates and came across a whole channel of Indian film clips which featured... > Read more

This post-punk British experimental/psychedelic/industrial outfit helmed by the late Genesis P. Orridge -- who died on March 14 -- once released more albums in a year than the Beatles did in their whole career. They were productive, worked under numerous disc pseudonyms and were still - in some form or other -- going until recently. Given the edgy nature of much of their material, it is... > Read more

Elsewhere has previously essayed the delights and confusion that Lou Christie's career threw up: the darkly romantic older woman in his life (who was allegedly some gypsy mystic), the soaring falsetto, the camp melodrama, the windshield wipers beating out their sexual rhythm on Rhapsody in the Rain . . . Producer Jack Nitsche who was on hand for this slice of  . . . . whatever the... > Read more 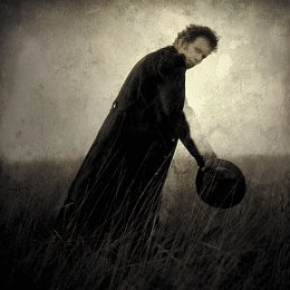 One of Tom Waits’ most eerie yet surprisingly popular songs is What’s He Building? which appeared on his very successful Mule Variations album. It possesses a spooky sound design entirely in keeping with the disturbing theme. A curious neighbour – and, by seduction, the listener – speculates about the odd nocturnal activities of the man next door: “He has... > Read more

Although not quite a one-hit wonder (the follow-up to this, The Love Parade, got to 36 in the US), the Dream Academy probably deserved better just on the strength of this curious and clever debut single. It manages to be a lot of things in its 4.18 running time: part wistful nostalgia in the manner of Penny Lane, a nod to Nick Drake, references to Sinatra, JFK and the Beatles (cue... > Read more 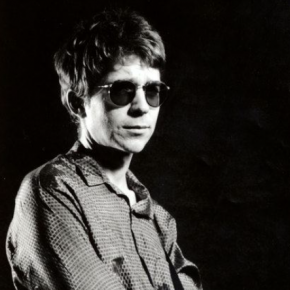 In a recent interview with Wellington singer-songwriter Charlotte Yates about her forthcoming Mansfield project (New Zealand musicians setting the poems of Katherine Mansfield to music), I asked her about Andrew Brough. He had appeared on her Baxter album in 2000, James K Baxter's poems to music by the likes of Dave Dobbyn, Greg Johnson, Mahinaarangi Tocker, Martin Phillipps, Emma... > Read more

The line “if it wasn't for bad luck I wouldn't have no luck at all” (and its minor variants) has been a staple in the blues . . . but here country singer Danny Winkle from around Biloxi, Mississippi – who just went by “Danny” on his two singles – pulled it into his stab at kind of rockabilly r'n'b, complete with Sun Records-style echo. He'd held down a... > Read more

Actually no, the great Trinidad calypso singer Mighty Sparrow isn't paying a tribute to the wonderful character actor Jack "pick up the gun" Palance (1919-2006). Rather, he is making a very unflattering comparison between the actor's rather battered looks and the faces of aging prostitutes: "Without any doubt they could be my granny but they walk around at night with their... > Read more

The cover of their sole album in 1967 on the Vanguard label told part of the story: psychedelic Californians with a female vocalist in the line-up. That much is clear, but the music added to much more to the Jefferson Airplane reference point. Songwriter-guitarist David Meltzer was a poet around San Francisco and his wife Tina was the singer. But then add in organ player John Payne... > Read more 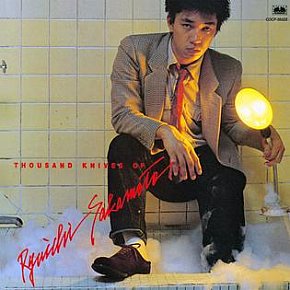 A little over four decades ago the Japanese composer Ryuichi Sakamoto of Yellow Magic Orchestra released his debut solo album Thousand Knives Of Ryuichi Sakamoto. It was at the time – but perhaps sounds a little less so today, vocoder is a bit passé – an innovative and ground-breaking collection of half a dozen pieces on multiple synthesisers (and some traditional... > Read more