Back in 2001 Elbow were shortlisted for Britain's prestigious Mercury Prize for their debut album Asleep in the Back* and for my money it has all been up since then, although I suspect sales haven't followed accordingly. They are a cult name in New Zealand (mid-sized cult however) and a band that is too easy to let slip past you. But they are musically unconstrained (Led Zepp who went from... > Read more

Elbow: An Audience with the Pope 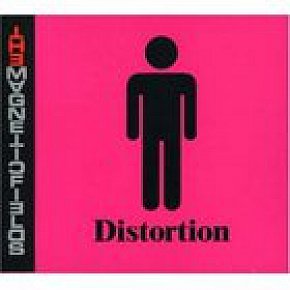 Okay, this is wilful on the part of Magnetic Fields' mainman Stephin Merritt and myself. On his part because here the wunderkind of US pop-rock saturates everything in feedback and distortion (hence the album title) -- and on my part because this album won't be easy to find in New Zealand (if you wanted to, that is). But I include it here largely to point to the Essential Elsewhere album... > Read more

The Magnetic Fields: Till the Bitter End 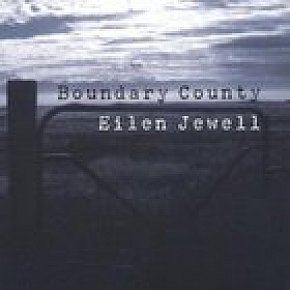 Jewell appeared on Elsewhere a few weeks back (see tag) with her second album Letters From Sinners & Strangers -- but this debut from 2006 is actually much better, and it seems to have been given local release on the back of interest in that more recent one. Where Sinners/Strangers has a jazzy shuffle in places, this one is more firmly in the alt.country camp and her lazy, slightly... > Read more 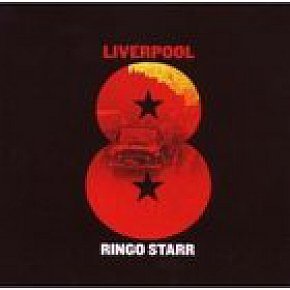 No one, surely, has seriously followed Ringo's career since some time in the late 70s when the hits stopped coming (but he did have quite a few solo hits). But one thing he used to do was sing a convincingly autobiographical song (the terrific Late 1970 when he seemingly tried to reconcile his sparring former bandmates) and this title track from his latest album is one of those: he starts... > Read more

There are albums which, if you never hear, you probably can ignore and live happily without. For those who hear them however they become a private passion. I can't imagine my life without a regular blast of the Dwight Twilley Band or Neil Halstead's Sleeping on Roads. This debut album is like that: it breaks no particular boundaries and nor does it sets off on any original path. In fact... > Read more 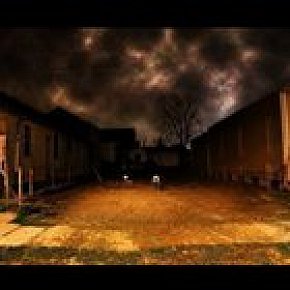 The menacing baritone of Mark Lanegan (formerly of grunge-era Screaming Trees, sometime guest with Queens of the Stone Age) was recently employed to redemptive uplift on the Soulsavers album which was one of the Best of Elsewhere 2007 (see tag). Here he and Greg Dulli (of Afghan Whigs and Twilight Singers) as the Gutter Twins explore similarly dense emotional territory but without the gospel... > Read more 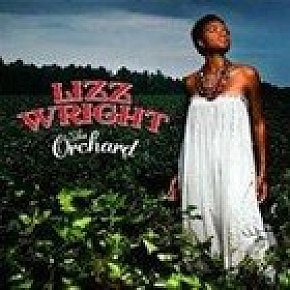 We aren't short of soulful women singers right now, but few deliver with such blues gravitas and sensual authority as this Georgia-raised New Yorker whose two previous albums on Verve announced her as one of the rare ones. Most black (and a few white) women singers who sing with an ache are hailed as the new Billie Holiday (Corinne Bailey Rae? Gimme a break!) but for once the reference is... > Read more 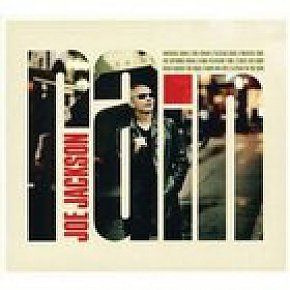 By the end of the first, somewhat leaden track Invisible Man, even longtime fans might be gulping hard. But things take off after that clunker (which is much better live as the DVD which comes with early copies of this album shows). Jackson's desperate sounding vocals and his exceptional piano playing get a long overdue showcase on this pared back outing with just the rhythm section from his... > Read more 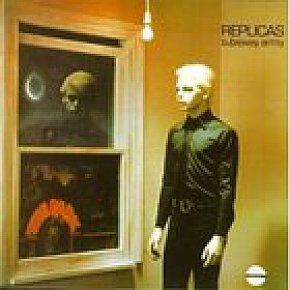 It drones on for more than five minutes, doesn't have a chorus, seems to have some kind of sci-fi story and the band was in truth just one guy, Gary Numan, a monotone singer who had some eye-liner and bleached-out look going on. On paper it couldn't succeed and in fact TA were largely ignored by the UK media until Numan performed Are Friends Electric? on The Old Grey Whistle Test, got picked... > Read more

The fact this French-Israeli singer has a song which currently helps sell the Apple Macbook has doubtless condemned her in some circles and to be honest that track, New Soul, is among the weakest songs on this folk-cum-jazzy outing (some sung in English, others on French and/or Hebrew). The album is co-credited to producer/arranger/artistic director David Donatien but Naim handles all the... > Read more 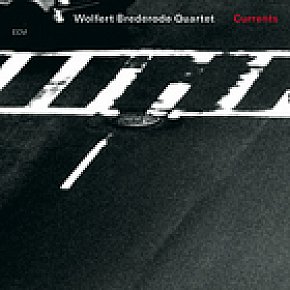 Minimalism may have run its course but there are pieces on this appealing album by pianist Brederode (and group) which find a romantic heart within the steady pulse. Brederode and his band -- Claudio Puntin on clarinets, Mats Eilertsen on double bass and drummer Samuel Rohrer -- represent a new generation for the ECM label which is now approaching middle-age and needing to find new, creative... > Read more

The charming and slightly eccentric art music of Benson will be familiar to longtime Elsewhere people: his previous EPs have been posted here -- and now comes the long-anticipated debut album. The former chorister indulges himself in some oddly appealing Elizabethan language as much as in sometimes gorgeous arrangements for voice, harpsichord, strings, harp and some traditional Maori... > Read more 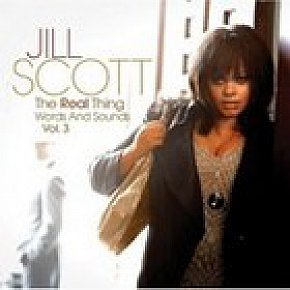 To be honest, this one might take a few goes: initially it seems fragmented, opening with a taut and percussive two minute track, kicks into something soulful driven by a distant rock riff, moves into a blast of tough r'n'b, then a mellow and intimate mood enters . . . But it was nominated for best r'n'b album at the Grammys and Scott for best female r'n'b vocal for the track Hate on Me.... > Read more 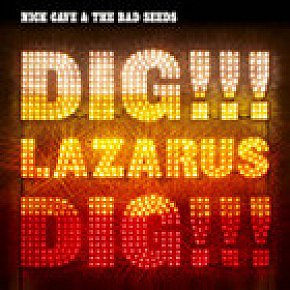 My guess is that by this time in his career (and your life) you are either for Cave or couldn't care less. If you are with him but have your critical radar alert you might not concur with the extreme approval some reviewers have given Dig Lazarus Dig. After the very amusing Grinderman project -- which really was rack-it-up music -- this one finds Nick in that kind of Lou Reed/William... > Read more

Nick Cave and the Bad Seeds: We Call Upon the Author

There is nothing a music journalist likes better than a musician with a backstory, it just makes for better copy. And 23-year old Gardot has a backstory. She spent a year in rehab. But not THAT kind. When she was 19 this New Jersey-born singer/pianist was knocked off her bike and suffered serious injuries. She couldn't sit, her short-term memory was impaired, she had constant headaches... > Read more 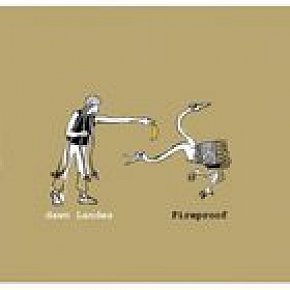 Located somewhere between alt.folk and alt.country (sort of the urban/rural crossover) this Kentucky-born, New York-based singer-songwriter has supported the likes of Andrew Bird, Jose Gonzalez and Suzanne Vega, and overseas writers say if you like Cat Power, Beth Orton or Regina Spektor then Landes' subtle and intimate style is for you. Agreed -- but there is more to her than that. The... > Read more 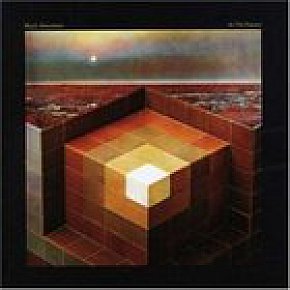 The other night I was watching Richard Linklater's '93 movie Dazed and Confused, that terrific look at a bunch of Middle America slacker and stoner teenagers on their last day of school in '76 -- and the soundtrack of Alice Cooper, Lynyrd Skynyrd, Kiss, Deep Purple, Black Sabbath and so on. My guess is that Black Mountain from Vancouver watch it on their tour bus, they lock right into that... > Read more 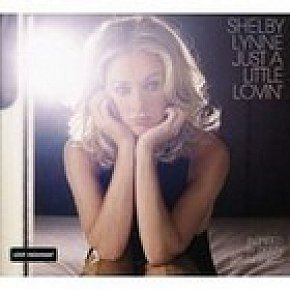 Quite why anyone would get excited over the over-emoting 19-year old Adele's debut album when Shelby Lynne conveys more depth of ache in one line is beyond me. This exceptional album sees country singer Lynne go down a very difficult route: taking on songs made famous by the late Dusty Springfield (and offering one stunning original). And rather than try to out-gun Dusty in terms of pushing... > Read more

Shelby Lynne: You Don't Have to Say You Love Me 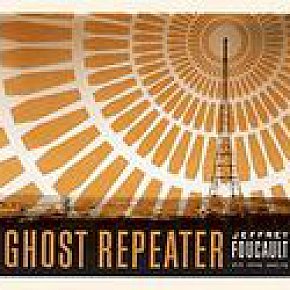 Not sure where this album has been -- it was recorded in 2005 and released in the rest of the world the following year - but it has just turned up in my letterbox. Produced by Bo Ramsey (a hallmark of quality) these are troubadour country songs grounded in a dark America of lonesome travellers, the search for a place, ghosts of the past and the freedom of the open landscape. And plenty of... > Read more 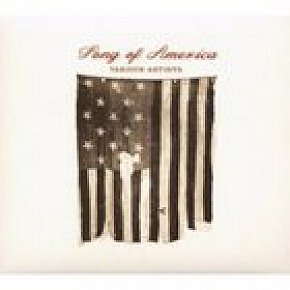 This beautifully packaged 3-CD set (with explanatory booklet) is doubtless very useful as a teaching aid in American schools: it is a chronological collection from a Lakota dream song through colonial period and Civil War songs, to Depression Era laments for the parched land and Brother, Can You Spare a Dime? then into the civil rights period and up through hip-hop to Bettye LaVette soulfully... > Read more