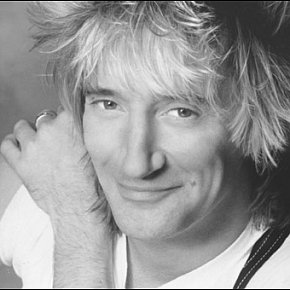 When Rod Stewart came to New Zealand in 1992 he wasn't doing any interviews. He was sick of questions about his then-wife Rachel Hunter. And so the shutters went up. I spoke with him. It was easy. I simply let it be known I couldn't give a toss about his wife, I wanted to talk to him as a singer and songwriter (an aspect of Rod which is too often overlooked), and about old soul music.... > Read more 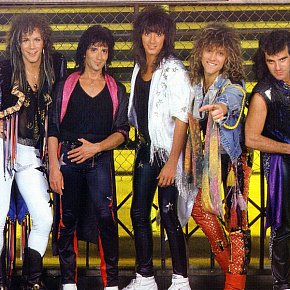 My knowledge of Bon Jovi has always been limited, and even more so back in the early Nineties when all I could conjure up for a pub quiz would have been "New Jersey, the cover of their Slippery When Wet album, big hair and " . . . Actually that would be about it. Except for their song I'll Sleep When I'm Dead which -- for a rather too long period of prolonged... > Read more 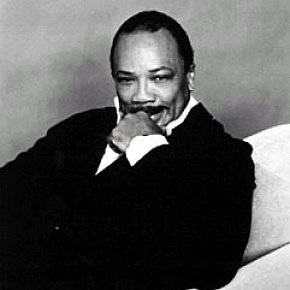 So there I was at the urinal when Quincy Jones walks and says, "Hi Graham". It was awkward to shake his hand so I just nodded and asked him if he was enjoying his evening. Now Quincy -- who famously said "You can't shine shit", but that was before boy bands and Dido -- didn't get where he is by being rude, so said he was having a fine time. He was lying. I... > Read more 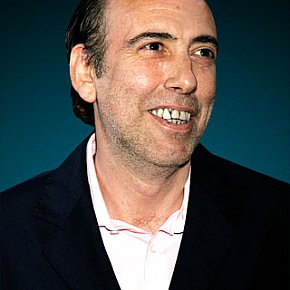 Years later someone brought it to my attention: in Marcus Gray's book about the Clash, Last Gang in Town, there is mention of -- and a quote from -- my December 93 interview with Mick Jones. By the time I got to Mick the Clash was well behind him and he was in Melbourne with his band Big Audio Dynamite II opening for U2. It was a good interview and I was on top form. I had self-medicated... > Read more 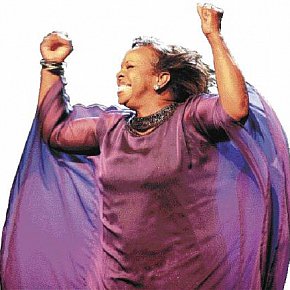 Press conferences are a waste of time and no sensible journalist entertains them. Ask your best question and everyone else gets the great answer. And if you are a print journalist those lazy slime from television go to air that night with it and you can wait a day to see it in the paper. And then your mates think you copied it from Holmes. I long ago gave up going to press... > Read more 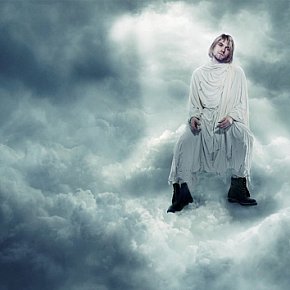 As with most people of a "certain age" I can remember where I was when I heard John F Kennedy had been shot ( I was in bed), and when I was told another Kennedy had gone the way of the gun (in bed again, there's a pattern emerging). Of course I also remember John Lennon's murder (came in with the kids from soccer and it was on television) and, oddly enough given he didn't mean that... > Read more 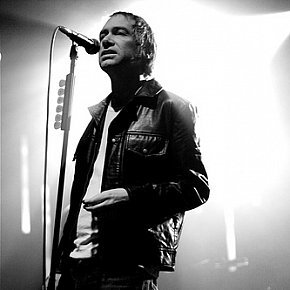 It was one of the saddest days I can recall, and yet it had started out so well in Birmingham, a place where I had been drawn to interview the Britpop band Ocean Colour Scene in their hometown. It was 1998 I think. OCS never really made an impact in New Zealand, which was a pity because the night I saw them they were spectacularly good, playing a hard rocking and passionate show to a... > Read more 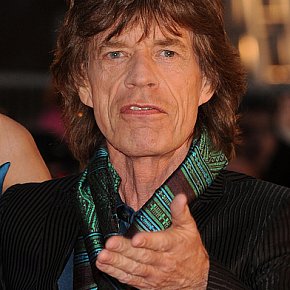 It's a little known fact, but Mick Jagger and I are real tight. And that's not just me saying that. The last time I saw Jagger -- whom I call Mick, of course -- he shook my hand and said, "Graham, we're real tight." Of course there's a back-story here. Let me put this in the greater context. It was November 88 and Mick was in town with his own band. He and Keith had fallen out or... > Read more

It was bluesman Clarence 'Gatemouth' Brown who taught me a valuable lesson very early on: it was possible to like a man's music and not like the man who made it. Billy Joel confirmed the opposite: I liked him very much but have never felt an ounce of emotion for his music. But first, let me tell you about a big bag of dope. When Brown -- a multi-instrumentalist bluesman from Texas... > Read more 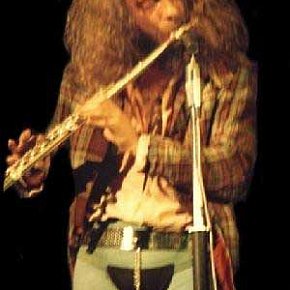 Rock journalists in this country need little reminding that we live a long way from the action. But the reminders come every time a record company or promoter says that deathless phrase, "We've got you a phoner". The phone interview has largely killed any last flicker of spontaneity that rock might have had left. These are set pieces of carefully controlled theatre in which... > Read more 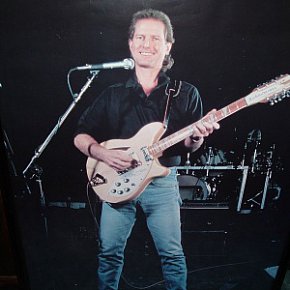 The backstage meet'n'greet is usually an uncomfortable if not dire affair. Record company types, tour managers, promoter's flunkies and various levels of B-grade guests -- such a myself -- mill around waiting for that quick handshake with someone whose music you might like, and whom you'd probably not want to invite home for dinner. I avoid the meet'n'greet for the most part, long prior... > Read more 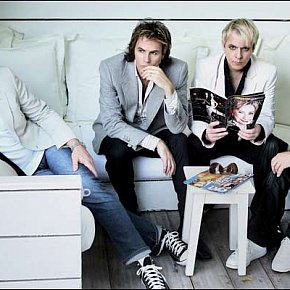 Maybe it’s because he’s wearing what look to be his pyjamas – great big cottony, flowy things covered in only-safe-at-night checks – that John Taylor of Duran Duran looks extremely tired and bored. Good-looking in a cheekbones and quiffed hair way, you understand. But bored witless nonetheless. It's early 1993 and he’s standing behind the cafeteria bar in... > Read more 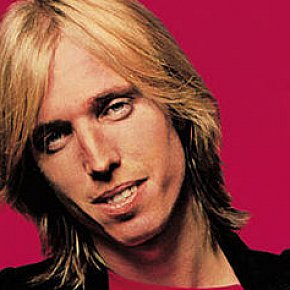 They say you should never meet your heroes and so it has been for me and Tom Petty. In more recent years I did a numbingly boring phone interview with a man I took to be a numbskull and prior to that I had endured a dreadful concert when he and Dylan went out on the road, were clearly out of it and were rehearsing in public. Whadda shit. But that doesn't count as "meeting" your... > Read more 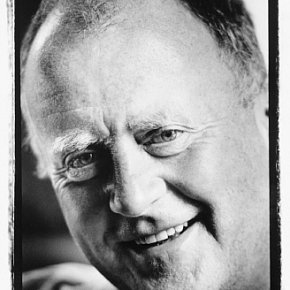 Car dealers certainly. Lawyers and politicians of course, when it best suits them. But musicians? I know they gild the truth or embellish it for some self-aggradisement, but I never really expect them to fib directly, and in this case so convincingly. The great Irish Republican singer-songwriter Christy Moore was in wet Wellington ("Moist, it makes me feel at home") for an arts... > Read more 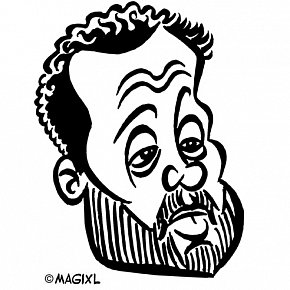 Billy and I were introduced while he was having his lunch. He gestured for me to join him and help myself to the generous pile of sandwiches on the table, multi-level affairs held together by long plastic toothpicks with odd little flags on top. As we spoke Billy never even glanced at the spectacular vista of Sydney Harbour and the Opera House outside the window. He had a house on New... > Read more 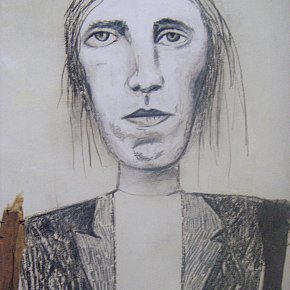 For more years than I can recall when people have asked me what I did I have variously answered “I‘m a writer“ or, when Customs officials look difficult I would say “I’m a journalist” -- and oddly enough that would work better than the more amorphous description “writer“. Often, for my amusement. I’ve described myself to people as being... > Read more

The curious thing about going to meet famous people is sometimes you don't recognise them and end up sitting in the bar or cafe counting the ceiling fans until you realise your prey is that little bald guy over there. No such problem with Stevie Wonder, and not just because his braids are like a flag which announces his presence. Nope, I knew Stevie was in the room even before I saw him.... > Read more 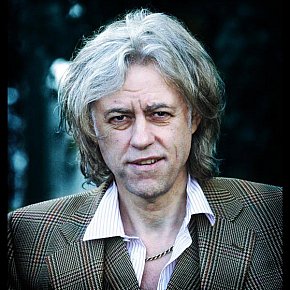 It is sometimes easy to forget -- and you suspect at times he does too -- but Bob Geldof is actually a musician. He was in musician mode when he came to town in April 91 because he'd released an album called The Vegetarians of Love which had enjoyed favourable reviews --- but suffered from abysmal sales. And so Bob was out on the road flogging it off via interviews with long lines of people... > Read more

Ray Columbus seldom rang me at the Herald unless he had something to say. I liked him for that, he wasn't a time waster. But once he called and said he had an American friend in town that I might like to meet, the guy who was the lead singer for the one-hit wonder 60s band the Newbeats. Before we go any further let me tell what I know about the Newbeats: their sole hit was I Like Bread and... > Read more