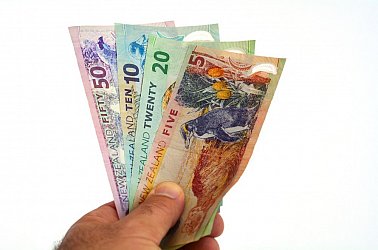 There are websites and online pages dedicated to the serious art of collecting vinyl records from secondhand shops, junk bins and so on.

Most people are looking for rarities and items of value, and that is fine and worthy. Nice to see them going into collections where they will be cared for.

Elsewhere's not like that, our vinyl shopping entails assessments such as “that looks weird”, “hmm, didn't she go on to another more famous band?”, “Jeez, a bit pricey at $6” and so on.

Often it is trash – or trashy, there's a difference – picked up cheap and every now and again something worth having.

Often enough it is the cover which is so appealing or off-putting which means it ends up being taken to the counter where lovely, non-judgmental people will ring up strange soundtracks, MOR rubbish from the Eighties or an album by Ringo.

Cheap is the key however, so here are five albums recently “scored” which all together came to way less than $50 . . . and have given many minutes of pleasure and disappointment. 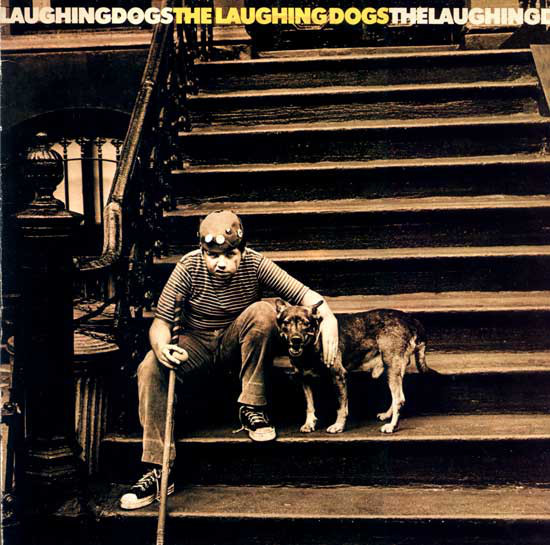 The sneering punk/New Wave era of course as the cover and band name would indicate.

But the band on the back have one member sporting a well-trimmed beard (which was just not right).

However the album was produced by the famous Bruce Botkin (the Doors, Love's Forever Changes which is an Essential Elsewhere albumassistant engineer on the Stones' Let It Bleed)

It came out on CBS (major label stuff) and the songs include Low Life, Johnny Contender (great title!), It's Just the Truth, Get Outa My Way . . .

All originals (a bit Sham 69-sounding?) and mostly by bassist, harmonica player and singer Ronny Carle (who grins goofily on the inner sleeve). 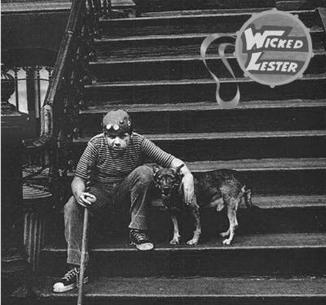 Quick research says they were a CBGBs band, this was their debut (they did another for CBS too), they toured with Patti Smith, Blondie and Cheap Trick, and . . . get this.

The cover photo was the same that the pre-Kiss band of Gene and Paul, Wicked Lester was going to use for their debut (which went unreleased).

Only two of the band -- the bearded keyboard player, guitarist and singer Carter Cathcart and singer, guitarist James Leonard aka Jimmi Accardi – went on to other things. Cathcart did voice-overs, fronted his own band and co-wrote Remember Me with Kiss guitarist Ace Frehley for his solo album Trouble Walkin'.

Accardi became a producer (KRS-One) and did soundtrack work.

So is this debut any good?

Well, if you'd heard it at the time you'd probably get off on its driving, hard-edged power pop (I Need a Million, Get 'Im Outa Town) and understand how they could fit on a bill with Cheap Trick (who are funnier and more cynical).

But they also fired off some retro-rock'n'roll (Johnny Contender), a bit of glam-pop (Reason for Love) and could rein things in for radio-friendly pop (No Lies, It's Alright It's Ok) . . .

So really nowhere near the punk-era sneer of the cover.

A wedge of their later post-CBS albums are on Spotify here but only two tracks from this album.

To get this one you need luck and $8. 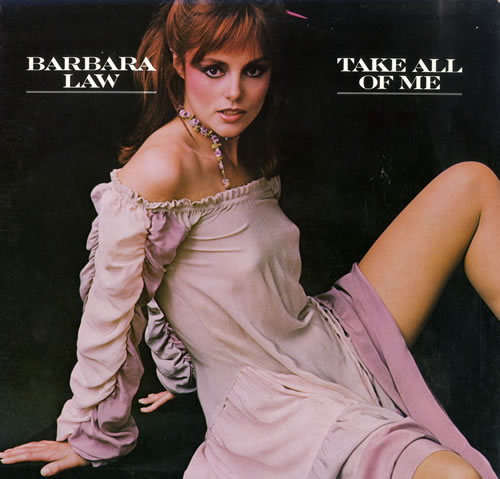 This was certainly bought on the strength of the cover because it's pretty clear from the front and back shots that Law from Canada wasn't selling music but herself.

Tracks include Love Shot, Do It All Night, Shake Your Bait etc

Other than that, the hook was that she had Cissy Houston on backing vocals and that it was on Pavillion but distributed by CBS so . . . .

Someone thought she was worth more than $10 back then.

But as far as I can tell this, a disco album, was her sole recording under her own name and she mostly made her career in movies or on the stage. 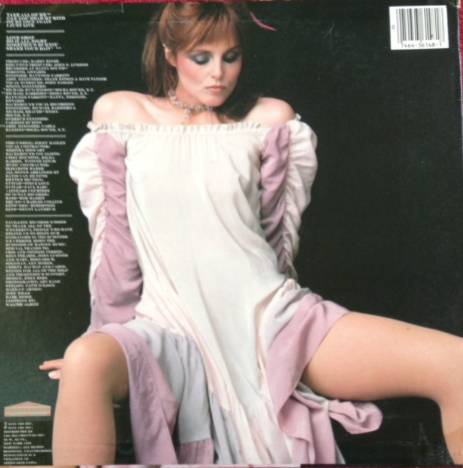 Before this she had been in Maxi, Dick and Twink (think about that for a moment) in Ireland when she was Barbara Dixon and they backed some of the showbands of that era.

When the trio went to Canada on tour it was a cold and grueling trip but with her husband Peter Law – after time in the Royal Showband – she emigrated back there and started a solo career with Take All of Me (the title track had some minor success).

It's a disco album so in a sense she is almost incidental to the tight grooves laid down by the professional if musically anonymous band who replicate the genre while Law aims for a point between Gloria Gaynor and the anonymity of Silver Convention.

But despite the promise and come hither cover she seems curiously lacking in sensuality (even on a lyric like “can we be lovers for an afternoon”) and comes off as anodyne.

There are appears to be nothing by Barbara Law on Spotify, but you aren't missing much.

This could appear in thrift store near me very soon. 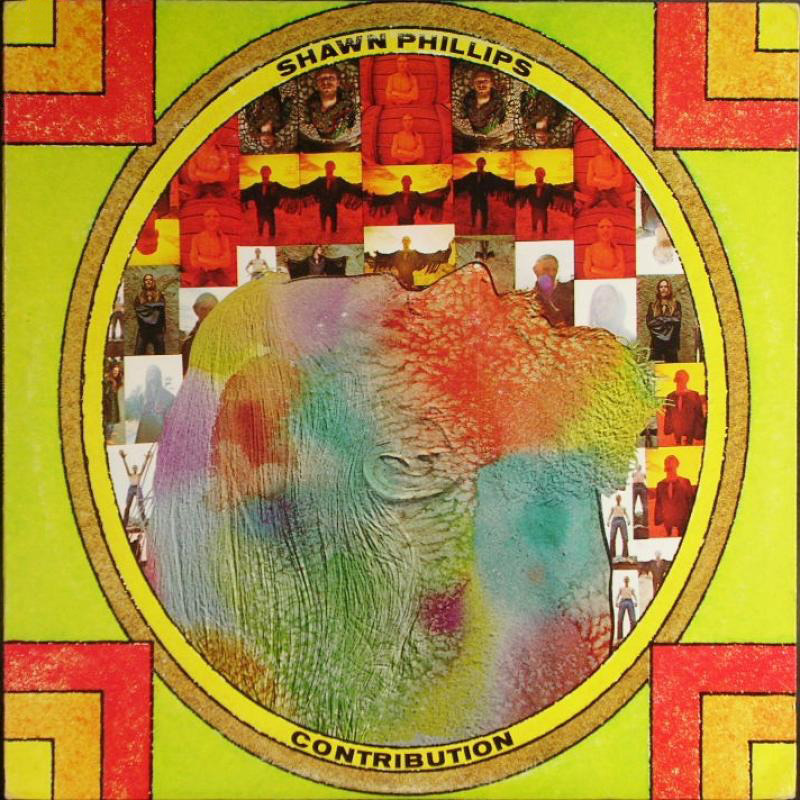 Elsewhere has had a decent fascination with the early work of this itinerant American singer-songwriter who taught the young Joni Mitchell guitar when in Canada, palled around with Donovan (playing sitar on some of his songs) in London, sang on the Beatles' Lovely Rita, played solo at the Isle of Wight Festival in '70, had the great arranger Paul Buckmaster on his best album Faces in '72 (which also featured Steve Winwood, Glen Campbell and Caleb Quaye, and which included the thrilling Landscape).

We found his '75 Rumplestiltskin's Resolve in a secondhand shop trawl a while back and wrote about it then in a column entitled 10 Good Albums in Bad Covers. His had a very bad cover.

That said, he could be pretty hippy-dippy and a bit “spiritual”. On the back of this album are photos and quotes like “I believe every bit of the music I play is within each individual already” and “some of my music tries to create a crisis in the mind of the individual who listens to it and leave it to him to resolves it”.

Phillips – who had hair down to his waist – possesses an octave-defying voice, as heard here in L Ballad (which reappeared in a better, orchestrated version on Faces).

Perhaps he's an acquired taste but we got it a long time ago and his genre-ignoring folk-cum-whatever style with acoustic guitar, sitar, and lyrics -- which can read as poetry (with ye olde archaisms sometimes) or pretentious rubbish -- is pretty appealing.

He can take you on a journey (the Anglofolk-rock Withered Roses here is more than eight minutes, which flies by) and sometimes didn't take himself too seriously (as on the brief country-funk Not Quite Nonsense here).

Only his more recent albums appear on Spotify (can't vouch for them, haven't heard any) which is a shame because from the Sixties to mid Seventies he was someone to hear. 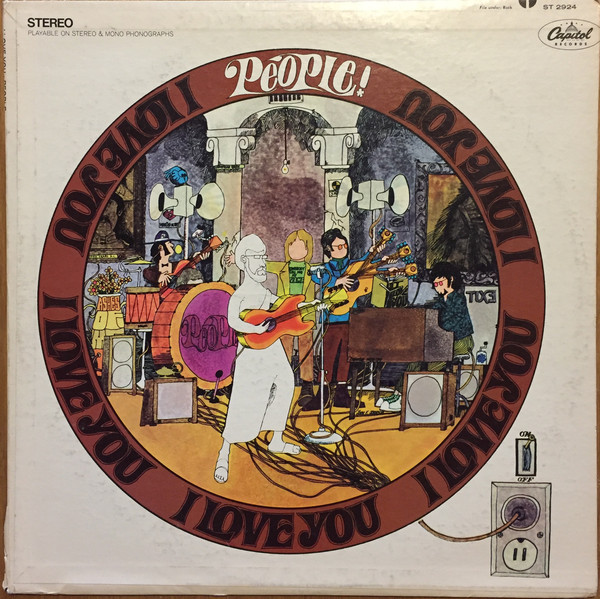 Well, for $8 you have to buy an album where the California band on the back look a bit like Blues Magoos (Psychedelic Lollipop period) and they have songs entitled Nothing Can Stop the Elephants, something in brackets called (What We Need is a Lot More Jesus and a Lot Less Rock'n'Roll) and a side-long piece appropriately titled The Epic.

Also the front cover is awful which is worth a few bucks in itself.

Regrettably no, because it is often pompous proto-prog rock (with organ) and you suspect some finger-wagging going on.

But the investment certainly leads down a rabbit-hole of Scientology. Four of the five were members and gave the other guy an ultimatum that he join too, or get out.

Band member Larry Norman – who was ousted when the album came out – was apparently the father of the Christian rock movement.

So the People! story is an odd one, not the least that title track being written by Chris White of the Zombies (sounds like a Zombie's song too) which was by most accounts a big hit globally for People!

Which is weird because it hardly sounds like a radio song.

It wasn't a hit in New Zealand according to my research. (I looked in this book.)

And that side-long Epic?

Well, it's a bit loooong and is some kind of mystical fairy-story (there's a maid, a girl-child called “Tori Kincaid” I think it said, a fire-breathing dragon) and it's irredeemably awful and shapeless.

Terrible album but a strange story about Scientology Vs Christianity which you can read about here.

Not on Spotify, which is something of a relief. 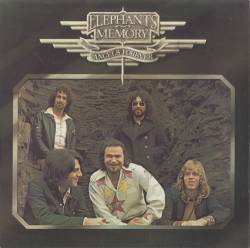 This was almost a wilful mistake because a previous purchase of an album by this outfit – which famously/infamously backed John and Yoko on Sometime in New York City in '72, and appeared on Yoko's Approximately Infinite Universe of the following year -- was a real dog.

It was some kind of boogie jazz-funk/rock and I think I threw it away.

This one – with once again founder and horn player/singer Stan Bernstein to the fore – is, at its best, like a very B grade Bob Seger/Creedence (plus sax) on songs like the dogged Tell the Truth or mundane Fifties rock'n'roll (Doreen).

They democratically share the vocals around between their singers, none of whom are distinctive, and they are pretty even-handed with the songwriting chores too. Desperately looking for someone with an idea?

Just a bar band which got lucky by their association with Lennon but couldn't capitalise on it because . . .

Well, they were just a bar band that got lucky.

Not on Spotify and it proved quite difficult to find a decent photo of the album cover to illustrate this.