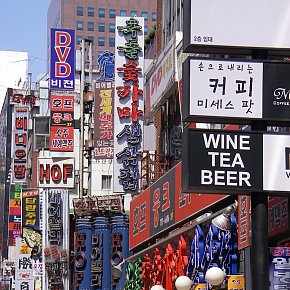 Because I always travel cheap I usually forget that not everyone does. Sure I've stayed in some of the world's most luxurious and most private hotels -- but that's what happens unfortunately when you win travel writing awards sponsored by the Small Luxury Hotels of the World group and they insist on putting you up in their exotic and exclusive digs. (see tag) But mostly I end up in... > Read more 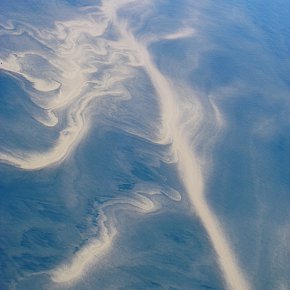 It is a curious thing, but as big Australian cities boast about themselves and claim their points of difference, they all start to sound similar. Each will tell you of its wonderful seafood restaurants and café culture, hip bars and high-end shopping . . . The interesting thing about Cairns -- the gateway to Tropical North Queensland -- is that it doesn’t boast. Because it... > Read more 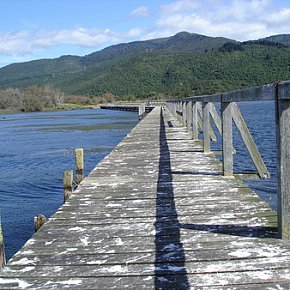 About 10 or so years ago I spent a few days in Turangi on the southern shore of Lake Taupo in New Zealand's North Island. I was on an assignment for the Herald. I wish I could say the story involved fishing in a town that boldly asserts it is the Trout Fishing Capital of the World but, in deference to people are dedicated to that sport, I admit my job was somewhat less serious. I was there to... > Read more 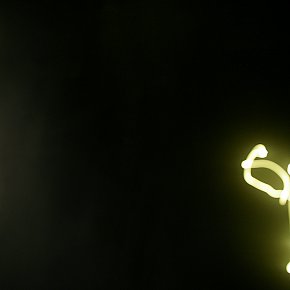 Gazing across the rolling Yarra Valley less than an hour from inner-city Melbourne, the eye can take in columns of grape vines m in orderly lines over low ridges, expensively manicured golf courses, and huge steroid-expanded homes running to many millions of dollars. In the distance lie the blue shimmering hills of the Great Divide. This is where tourists, inter-state visitors and... > Read more 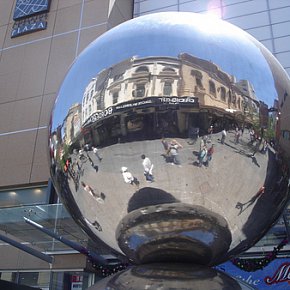 The young man behind the counter at the Art Gallery of South Australia gets talking as I'm buying a catalogue. He comes from somewhere else too but has been in Adelaide, a city with a population approximately that of Auckland, for over a decade. "I haven't seen a traffic jam for 11 years," he says -- and as an Aucklander I add that to the long list of things to like about this city... > Read more 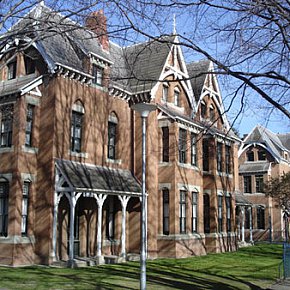 To be honest, I’d only been to Dunedin twice previously -- and I left early both times. A few years ago I spent a night there on my way to somewhere else, and when I was 17 I arrived as snow turned to soggy sludge in a cutting wind. I fled to the airport after an utterly miserable couple of hours. I should have liked Dunedin better on that first damp encounter: I was born and brought up... > Read more 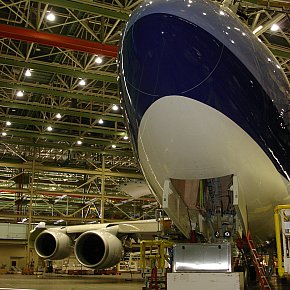 This is the place where words fail, where comparisons seem inadequate or, at best, only marginally helpful. This is where sheer scale overwhelms you, has you gasping. If this were a natural phenomenon you could demur to a higher authority, make reference to the hand of God raising it up from the earth, say something about being humbled in its presence. But Man built this place, so for... > Read more 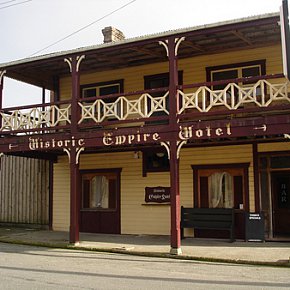 Good historic hotels are getting harder to find. Increasingly the elderly pubs of the nation are being gentrified and scrubbed clean. Their walls are being painted up nice, a colour consultant is hired, and the big boys move in and take what was once the character of the place and reshape it into something more . . . marketable? The history that was once in the walls is re-framed and hung on... > Read more 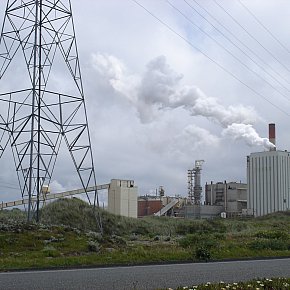 The mere name of a place can act like a magnet for the curious traveller -- and not just those evocative and familiar ones like Paris, Barcelona, Beirut or Beijing which have been burned into us since childhood. But when you finally get to such familiar places they can look . . . well, pretty familiar. Years of watching movies set in them, seeing photographs in magazines, or getting... > Read more 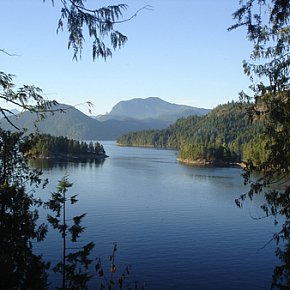 Paul shoves the cap of his beer bottle into his jacket pocket and settles deeper into the wooden chair. "You know what I say to people who come here and find we don't have television in the rooms or cellphone coverage? I say, 'So what part of the name West Coast Wilderness Lodge' didn't you understand?" We laugh and clink bottles beneath a cloudless sky while squirrels and Stellar... > Read more 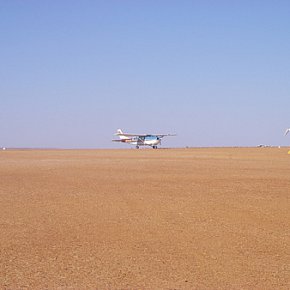 There's a much repeated reason why the men of Outback Australia are so tight-lipped. "Flies. Open your mouth and a fly gets in," says a weather-beaten guy in a faded Akubra at the bar outside Brisbane. He's merely repeating the myth but, by his subsequent silence, confirms the cliche of these men for whom large expanses of dust and scattered scrub is their natural habitat. That, and... > Read more 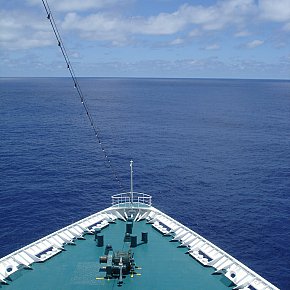 The day before our Pacific cruise a brief news item caught my attention: a volcano in Vanuatu was spewing ash and thousands of villagers were being evacuated amidst fears of a major explosion. Maybe our restful cruise to Vanuatu would be more dramatic than anticipated? The following day as we cast off from Auckland few other passengers seem to know about this alarming event, and when the... > Read more 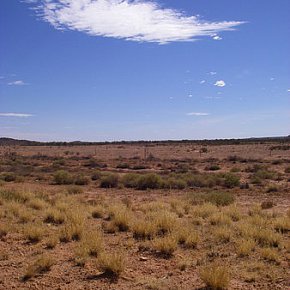 On a hot and cloudless morning in the arid Outback, Doug taxies his single-engine Cessna onto the rocky runway at Arkaroola, a strip of man-made flatland some 500kms north of Adelaide. He makes a routine safety check, kicks the plane into fast-forward and we rise into a blazing blue sky, looking down on a parched landscape of scrub and dusty earth. The waterless creeks beneath us are merely... > Read more 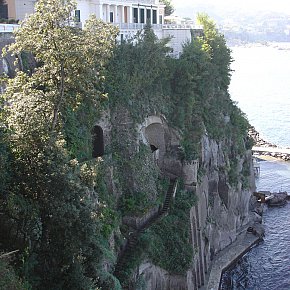 Giuseppe the concierge welcomes us with a slight bow and a broad smile, then waves us towards the front desk. I am flattered and surprised that he knows our names, but the reason becomes apparent as we sign in. We are the only two guests in the 50-room Grand Hotel Cocumella which occupies a balcony seat in the pretty town of Sorrento across the bay from Naples. The Italian Jesuits who built... > Read more

There's always some mild embarrassment when you don’t enjoy some place everyone expects you will. "Oh, you'll love Whistler," they all said. But I didn't. Admittedly I didn't see it at its snow-covered best and I’m sure this town just north of Vancouver is very pretty and vibrant in ski season. But I was there mid-week and between seasons. There were only bare flecks... > Read more 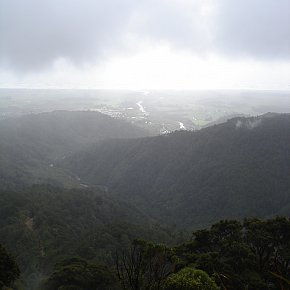 The weather was perfect: fiercely cold, low mist and a chilling drizzle. This is ideal when you are at Denniston, because only in such miserable conditions can you get some small appreciation of what life must have been like here a century ago. At 600 metres above sea level and with the coast barely visible through the rolling mist, this former coal mining town in the hills above Westport is a... > Read more 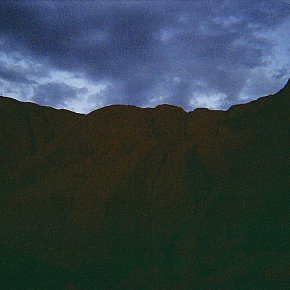 For me there are two ideal kinds of lie-down, totally relaxing, long weekends away with a good book. The first and most obvious requires endless tropical warmth and hours of sunshine, and a beach or pool within waddling distance of the deck chair and buffet. The other is . . . Well, it’s sort of what we got when we went to the Golden Sands Beachfront Apartments at Cable Bay in... > Read more 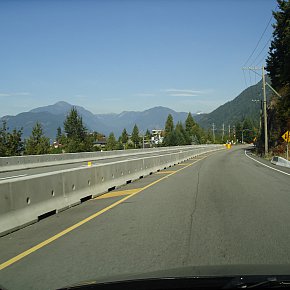 So, five years on from 9/11 and what have we learned? Mostly that with heightened security arrangements we have yet to figure out a way of getting masses of people through airports without causing frustration, delays and rancour. As one who likes to fly -- yes, the seats are still uncomfortable but someone feeds you, brings you drinks, there are movie choices and no cellphones, so what's not... > Read more

I wish I could remember the name of the place so I could recommend it -- but then again, maybe it's best I can't. I had spent a tiring week travelling around Taiwan by myself, negotiating train timetables and ticket offices, and finding hotels, temples and places to eat. By the time I got back to Taipei where I could count on a tiny bit of English being spoken I was weary and just wanted a... > Read more 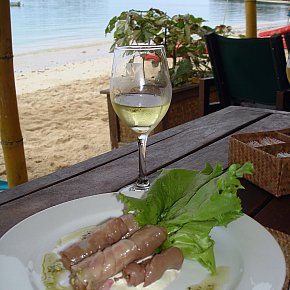 Every now and again -- if we are really lucky -- we realise we are in that postcard perfect world we have lingered over in the pages of glossy magazines, but images which we persuade ourselves only the combination of weather, a talented photographer and PhotoShop could allow to exist. But then, suddenly, there we are. We are the person just beyond the frame of perfection frozen in the lens.... > Read more