The handbrake might give you a bit of trouble, says John as he finishes a litany of idiosyncrasies about his beautifully restored 1957 Mark Two Zephyr. I have already heard it can pop out of second, to put in a measure of Valvoline with the petrol, to check the water daily, and that riding the brakes downhill might lead to them overheating and not functioning properly. And now the handbrake... > Read more 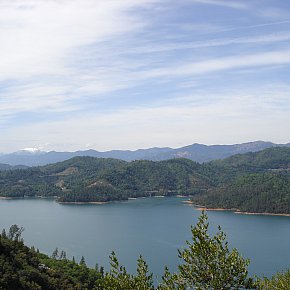 Sam Hill had a vision fairly common among the wealthy: an agrarian utopia where happy workers would toil in fertile fields, their cheery lives overseen by their benign master -- himself, of course -- from a bastion high on a hill above. Unfortunately Sam -- a railway man and an incurable builder of roads -- picked the wrong hill in the wrong place. It is near The Dalles in north... > Read more 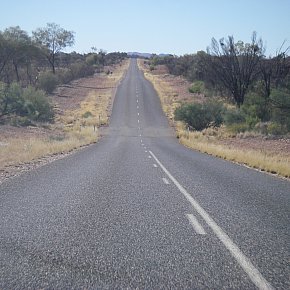 Somewhere about 300km southwest of Alice Springs on a largely featureless strip of the Lasseter Highway I slow down for the laughably named Mount Ebenezer. It is little more than another flat bit, but with a shop, a petrol station and five Aboriginal woman sitting under a tree. Within a minute the car is back on cruise control set at an easy 120kph and I am once more lazily gazing... > Read more