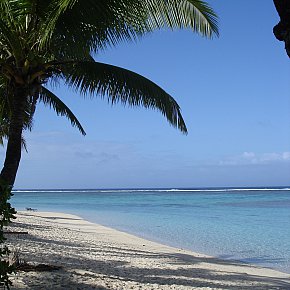 Good news came by e-mail: Raymond is in touch again. The last time I saw him was a year ago when he was managing a luxury hotel in Thailand's Golden Triangle. He was a young and handsome Swiss guy who had the world's best job: making sure the lodge ran smoothly, tasting imported wines, being nice to nice wealthy people, eating beautiful food, and watching the river flow. We hit it off... > Read more 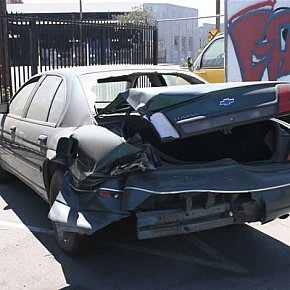 Frank was never going to make old bones. He was an Aussie wide-boy and after a wild, suburban youth and service in Vietnam he'd returned to Sydney and become a stuntman. He was stocky, but larger than any room he occupied. His speaking voice terrified children and his raucous laugh set off car alarms, but he was gentle with his young daughter. Frank was likeable and tough, but you also... > Read more 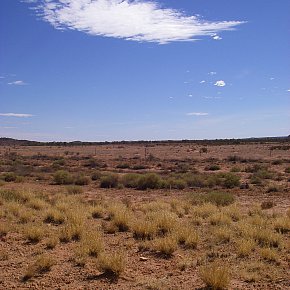 For many years I thought Perth was in Western Australia. Then I went there. My recollection is this: up at around 5am to get a taxi to the airport to wait two hours before departure, three hours to Melbourne or Sydney or wherever it was to wait another two hours before the five hour flight to Perth. It seemed to take a couple of days to get to Perth, and when I arrived it was the middle of... > Read more 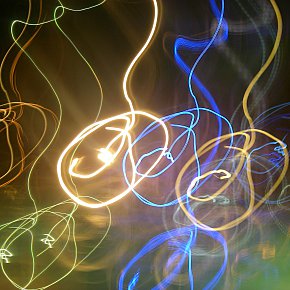 Singapore is awash with cheap eats and fine dining. From the outdoor restaurants in Chinatown and Little India to the exquisitely presented fine cuisine at the Zhang Jin Jei-designed My Humble House, it would be a hard heart or a cynical palate that couldn't find something interesting, if not outstanding. Local knowledge is always helpful when looking for a place to have dinner, so when my... > Read more Part One: Travel isn't usually conducive to long-term friendships. Any fork in the road can mean you and your new-found companions may part company, paths never to cross again. Which made is such a rare pleasure that I have seen Bob and Mary (from then-Vancouver and now-Victoria BC) a couple of times since we first met on a cruise around Fiji's Yasawa Islands one February. Bob'n'Mary... > Read more 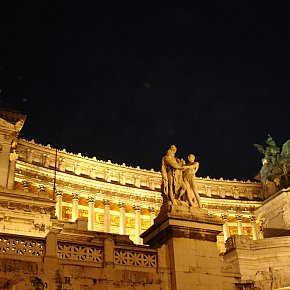 There are few churches in Rome more interesting, or more overlooked, than Santa Maria in Aracoeli, tucked in beside the famous Vittoriano, the massive white monument which dominates Piazza Venezia and looks like an old Olivetti typewriter. But walk up a very steep flight of old steps and after a wheezing climb you enter one of the more fascinating places in the city. And tucked away in... > Read more 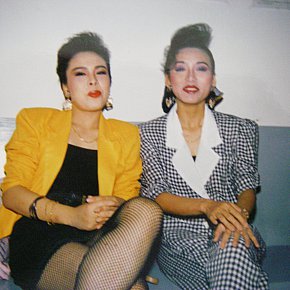 Much in the way that I always take a photograph out of the window of any room I stay in when I travel (if there is a window, and often there hasn't been), it has also been a habit of mine to have a shave in a country I am passing through. It's always an interesting experience and, if a cut-throat razor is involved as it often is, then a very trusting one also. You may come out feeling crisp and... > Read more 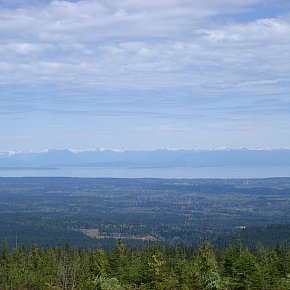 Halfway up the long, ever-climbing road where the numbers on the letterboxes are in the many thousands we see small flecks of white on the side of the road. Damn, but it is getting cold up here in the clouds, so I pump up the car heater and turn on the wipers to clear away the tiny drifts of snow. Finally we arrive at number 8100 on the exotically named Forbidden Plateau Road and pull the... > Read more She was what my mother would have charitably described as "unfortunate". I saw her first on the Promenade Deck as the ship slipped its lines and slowly headed for the open sea. She was standing alone, but even in a crowd she would have been hard to miss: overweight, in her 30s at a guess, her dark hair pulled tight at the temples and hanging in a long and unruly ponytail, thick... > Read more 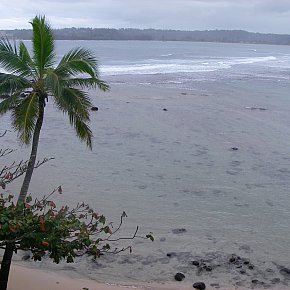 The bamboo and thatch bungalows on the beach had the feel of a village: the family which owned them lived there, so did the staff of the small restaurant and their extended families, plus a few other unspecified people who came and went every day. I stayed a week or so in this quiet part of an island off Thailand's central east coast, initially eyed warily by an Australian new-comer, the... > Read more

We were in a crowded post office in Venice when I said to my mother-in-law Sue, "You know the first thing you pack when you travel? Patience." We needed it that morning. We were sending home unwanted clothes and a few souvenirs. We'd queued to buy the box, queued again to have it weighed and get the necessary paperwork (in duplicate, not to be filled in at the counter), then queued... > Read more 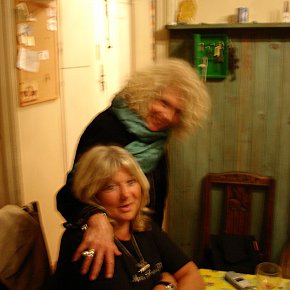 My friend Amanda's reputation -- some might say cheerful notoriety -- is well known around Uzes, a charming medieval town in Provence about 40 minutes north of Avignon. Amanda's village of St Maximin -- 10 minutes outside Uzes and where the writer Jean Racine used to stay -- has visitors and residents from all over the world, and many of them have been guests at Amanda's huge 18th century... > Read more 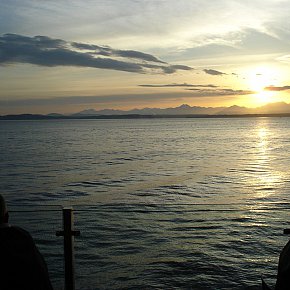 We had been at Chuck's bed and breakfast fewer than five minutes -- through the front door into the enormous lounge, into the kitchen and then out past the pool to the back gate -- when I asked him if he wind-surfed competitively. It seemed a fair question. We were standing by his van which had a board strapped to the top, there was another on his deck, the lounge had been lined with... > Read more The night was noisy, the drinks were free and free-flowing, and this small corner of balmy Thailand seemed like it had been sent down from heaven -- with an endless buffet of European, Chinese, Thai and Japanese dinners. The party at Hua Hin had started just before sunset, the dancers and fashion show came on shortly afterwards, and beneath palms which waved in the evening breeze like a... > Read more 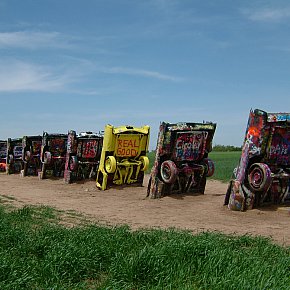 PART ONE: LONG DAY’S JOURNEY INTO AMERICA My fans are troubling me in America. You expect it in the Monte Vista Hotel in Flagstaff, however. This character-filled landmark within whistle-blow of the Santa Fe rail line and just off Route 66 has hosted any number of famous characters, living and dead. From Zane Grey and Humphrey Bogart to John Wayne and REM's Michael Stipe, the... > Read more 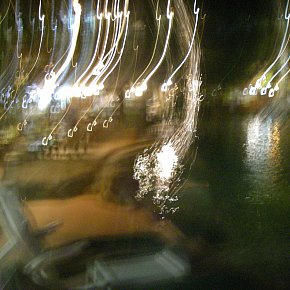 Hai was using English again. He'd learned it many years before but it had been beaten out of him. Literally. It was a humid afternoon on a ferryboat on the Mekong when I noticed him through the crowd. He was making his way toward me, his eyes wide with yearning. As with so many Vietnamese he wanted to practice his English, and like so many he had a story to tell. He had been 18 when he... > Read more The sound of a baby crying in the night is a terrifying thing. The screams go on and on, no one seems to be taking care of it, you look out your window into the darkness but cannot see where the cries are coming from. You feel helpless. My ryokan in Shin-Nakano, a suburb to the west of central Tokyo was perfect -- except at night when I heard the baby crying. Tokyo may be a metropolis but... > Read more There comes a time when anyone who travels becomes Blanche Du Bois, the woman in Tennessee Williams' A Streetcar Named Desire who famously said, "I have always depended on the kindness of strangers". We might not always be as needy as that faded southern belle -- but when you need help strangers are often the ones you depend on. Joe Don was one such stranger. My need wasn't... > Read more In the city of Los Angeles -- which is 19th-century Spanish for "the land where men walk on four wheels" -- it sometimes seems that only the socially disenfranchised take the bus. That's not entirely true, of course. Every day any number of good honest folk ride the MTA -- but so, too, do veterans of the alcohol wars, strange men who mumble and pay their fare in refund money, the... > Read more Drive through America's southern states tuned to country music radio stations and you'll hear it; Letters from Home by John Michael Montgomery. It's real catchy, was still in the top 20 of the country charts after six months, and you can guess what it's about. But in case you miss the sentimental message the video is even more literal: photogenic talent-agency soldiers playing cards and... > Read more