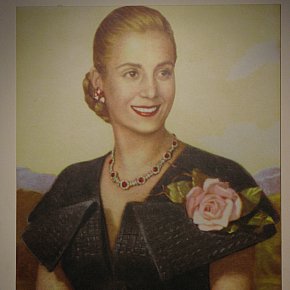 As the large drops of intermittent rain turned to persistent drizzle, people on the streets hurried to find shelter, but in this city of the dead there was very little. People disappeared into whatever tiny alcoves they could find, some ran to the gates, and the huge cemetery in the Recoleta district of Buenos Aires took on an eerie grey pallor under sullen skies. But even on this damp... > Read more 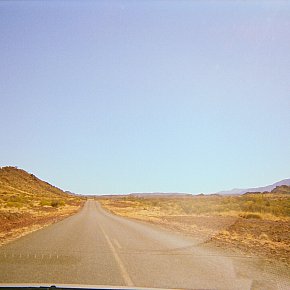 Among my hundreds of photographs in boxes or in my laptop are rather too many of variations on the same theme: a road ahead as seen through the windscreen. In some it is an unforgivingly straight line of bitumen to the hazy horizon with the Arizona desert on each side, in others it undulates through rural Georgia, in yet more it is winding snake of dust through the Australian Outback, in... > Read more 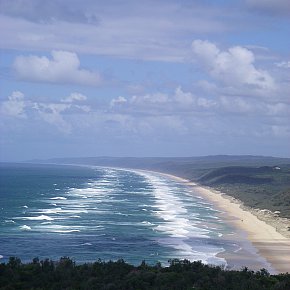 There are things you do on holiday you’d never contemplate at home: like careering around a race track with your backside just centimetres above the tarmac. I’m throwing my go-kart into S-bends, accelerating out of corners, feeling the simultaneous rush of fear and laughter as I hit the hairpin too fast . . . I don’t usually do this but here on the Big Kart Track just... > Read more 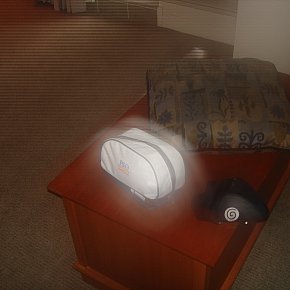 Travelling light: it's in the bag

As with most people who fancy themselves as a glamorously casual traveller -- able to pick up and run when a flight becomes available -- I would, for many years, pride myself on how economically I could pack a bag. Regular and brief trips to Los Angeles, Sydney or Melbourne made me skilled in the art of leaving things out. A weekend stopover to interview Arnold Schwarzenegger... > Read more 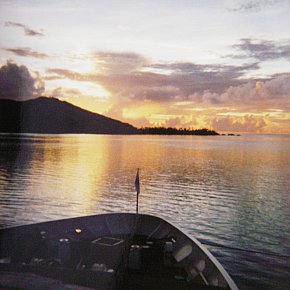 Greg would have been hard to miss in most places, but on the small beach at the southern end of Ko Samet -- a tiny teardrop-shaped island off to the east of Bangkok -- he was impossible to overlook. It wasn't just that he was, shall we say, a large man. Or that he was conspicuously gay. And it wasn't even that he carried the pampered Miss Spitty, a white Pomeranian, with him everywhere.... > Read more 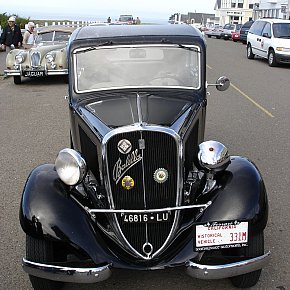 Sal introduced himself in the lounge bar of the Hotel Mendocino in the mellow seaside town about four hours north of San Francisco. "I'm a Ferrari doctor," he said. That figured. The hotel dining room had been fully booked by those on the Mille Miglia, a 1000 mile tour for cars manufactured between 1927 and 1957. The street outside was gleaming with much-loved, classic cars,... > Read more 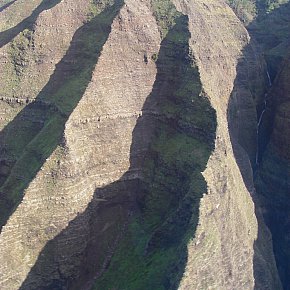 The dramatically beautiful island of Kaua’i -- a 20 minute flight from Honolulu and not to be missed -- is where Nature shows off in the towering cliffs and deep valleys of the largely impassable Na Pali coast. However Kaua’i, known as the Garden Island, is also a place of intimate details and easy to self-drive around, a place where you take life and the day at its own pace,... > Read more 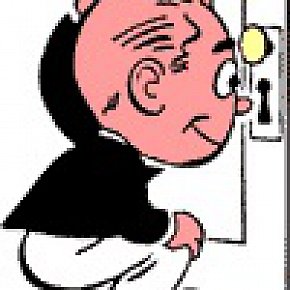 Warning: this article contains sexually graphic and amusing content. There was no suitable excuse to be standing outside Barcelona’s Museu de l’Erotica. It was a dreary mid-morning and the sky had a hangover. So did I. The previous evening, which stretched close to dawn, I had stumbled on the district known as El Raval. It’s curious what you find when looking... > Read more It was at a mayoral dinner function in Seoul recently and I had got dressed up. For the previous few days my young interpreter had seen me in jeans and an open-neck shirt -- so I guess it was her surprise at my well-groomed appearance in dinner jacket, pale pink shirt and red tie that made her startled. “You are very handsome, Mr Graham,” she said with the kind of charm I am... > Read more 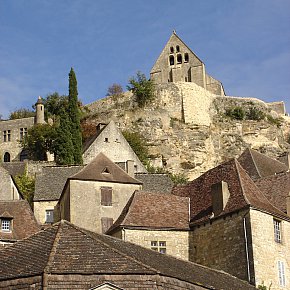 Half an hour out of Bordeaux I stop the car so we can gasp at the beauty of a crumbling chateau on a picture perfect hillside. Ten minutes later I do the same above a valley deliberately posing for a photograph. A few kilometres further it’s for an old stone house by the roadside. The day is clear and radiant blue, the breeze warm, and the architecture and landscapes quaint or... > Read more 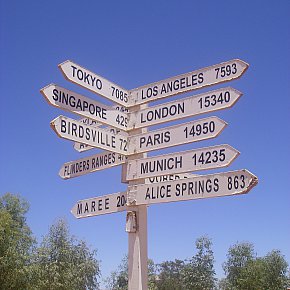 In New York's Village Voice, for 20 years until 1995, there was a weekly comic strip called Stan Mack's Real Life Funnies in which artist Mack guaranteed all the dialogue was a genuine, overheard conversation. And really, you probably couldn't make them up. Here are some genuine, overheard comments - not all by Americans I have to note - which I have picked up along the way. I'll add to... > Read more

People like me -- men mostly, I suspect -- don’t like shopping. We certainly buy things, but what some people call shopping seems to entail hours of looking with little to show for it. That’s browsing and that isn’t me. I go to shops and buy things. Sometimes very stupid things. Which explains why I have a beautiful metal replica of Supercar -- from the 60s Gerry... > Read more 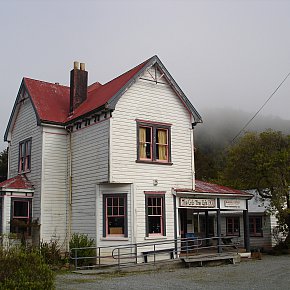 In small-town Blackball the locals have a saying: “Blackball, the centre of the universe . . . the part where nothing moves”. It helps to have a sense of humour when you live in the centre of a silent universe. These days Blackball, less than half an hour inland from Greymouth, can only boast five major buildings other than the fire station: a general store, two hotels, the... > Read more 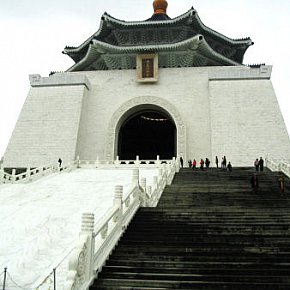 Taipei - population about 2.5 million - must be the easiest city in the world to leave. A million motor scooters, yellow dust from China, sometimes unbearable heat ... for the tourist it's always time to head home or to the quieter, cleaner but usually more dull cities on the east coast. But some people have business in Taipei, then time to kill before the flight out. Here, then, is a... > Read more 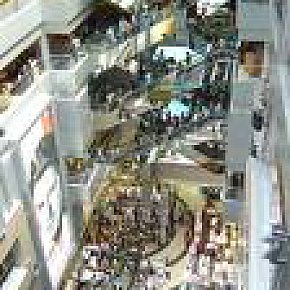 The day after I returned home from Thailand I went to a well-known menswear store on Queen St to buy a tie, not something I can recall having done before. But if a man has had a handsome black silk suit made by one of the thousands of high-quality tailors in Bangkok for a mere $260, a gentleman needs a tie. When the friendly assistant in the menswear gestured toward a selection of... > Read more

Roger pulls his four-wheel drive around another bend through the bush and there before us, in the middle of the rough road, is a fawn. Roger brakes gently and we come to a dusty halt. The fawn starts abruptly, looks directly at us for a full half minute, then bounds off into the dense bush. It won’t be the last deer we will see today. In fact on this warm afternoon until a mellow dusk... > Read more 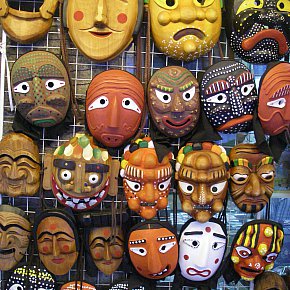 God knows what I was thinking when I went to Ullungdo. It certainly wasn't for the well-advertised local attractions which are, in no particular order, dried squid, dried seaweed and -- its special delicacy -- pumpkin candy. Ullungdo is a spectacular lump of rock a few hours off the east coast of the bickering Koreas. It rarely makes it onto maps, let alone anyone's travel plans. But... > Read more 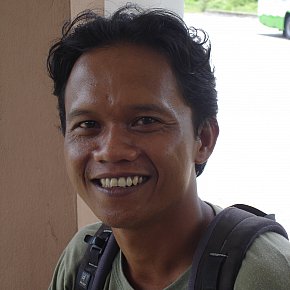 There are many things you can expect at the famous Bako National Park in Sarawak, some 40 minutes from the capital Kuching by car then a small boat across the river. At Bako you could expect proboscis monkeys, biting ants the length of half a matchstick, the Borneo bearded pigs which are so solid you feel you could throw a saddle on them, poisonous snakes, vibrant blue skipper mud crabs in the... > Read more 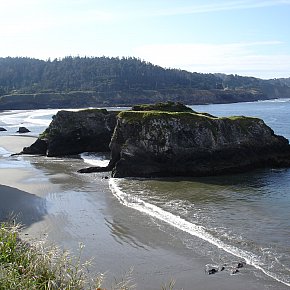 The Sir Douglas Quintet out of Texas didn't have too many hits in the 60s but they cracked one successful and catchy single as the decade drew to a close. The band sprung the biggest hit of their career with a paean to the small town of Mendocino 250 kilometres north of San Francisco. San Antonio-born band leader Doug Sahm had relocated to San Francisco as the hippie vibe took off and, like so... > Read more 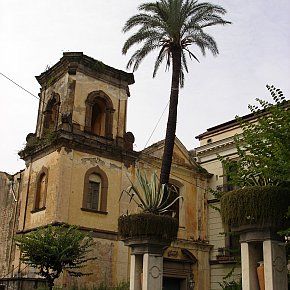 To the best of my knowledge the words “upgrade” and “Mr Reid” have never appeared in the same sentence. Certainly I have stayed in some luxurious hotels -- Sorrento’s Grand Hotel Cocumella (right) gets passing mention here to make you envious -- but I knew about them in advance. Yes, a couple of times I have been in that part of the aircraft where the cabin crew... > Read more