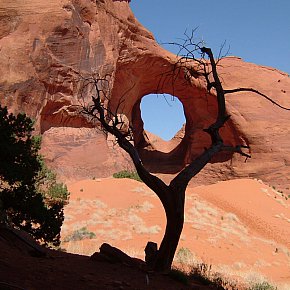 Kayenta is a wide spot on the highway through north east Arizona. There's not much there worth reporting: a Wal-Mart, a small and somewhat pitiful town which shimmers in the dry heat, and a few motels. Kayenta -- not far from Four Corners where Utah, Arizona, Colorado and New Mexico meet -- offers no reason to stop, unless you are looking for a place to stay before the short drive into... > Read more 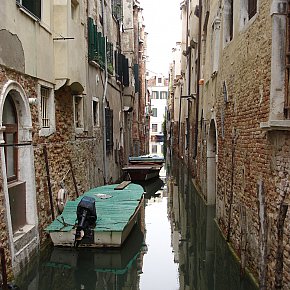 The night train from Paris to Venice was about to leave when I heard the noise in the corridor outside my sleeper: loud American voices and the banging of baggage against the carriage walls. A woman carrying a small child and a large suitcase, and an older woman who was obviously her mother, appeared at my door. The older woman was also laden with luggage. They hauled their heavy cases... > Read more 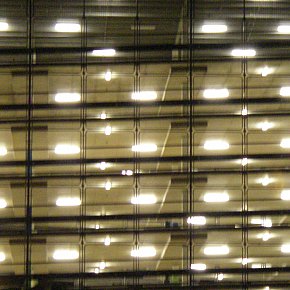 He was at the south-west entrance to Central Park, sitting by himself with a bottle wrapped in a brown paper bag on a cool September afternoon. Pride was his name, Pride Wilson from Louisiana but mostly Kentucky. Been in New York maybe five, maybe seven years. We walked into the park where yuppies in expensive workout gear would glide by on their in-line skates, and young lovers... > Read more 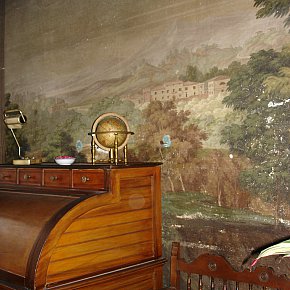 The instructions on how to get to her hotel were quite specific: she said they were located directly opposite Cartier. Which was true, but it might have been equally easy to describe it as being just down the street from the enormous Palazzo Strozzi which dominates this block in central Florence 10 minutes walk from the Major Attractions: the Uffizi, Ponte Vecchio, the Duomo and so on. The... > Read more 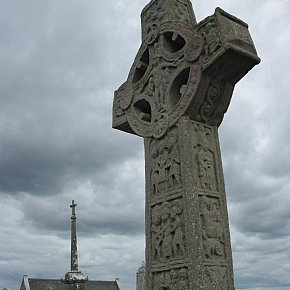 As an example of Kiwi understatement it was masterful. As he emerging from the 5000 year old tomb, blinking into the bright Irish sunlight, the strapping lad from Taranaki was asked what he thought of it. “Yeah, pretty good, eh?” he said, then strode off purposefully, leaving behind him one of the most ancient and breathtaking sights -- and sites -- in Ireland. Little... > Read more 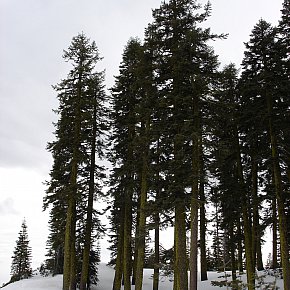 Sonny -- that's what the big bellowing men called him -- runs a restaurant in Klamath Falls, a town in central Oregon halfway between San Francisco and Portland. His place, the Dynasty, boasts "authentic Chinese food". Sonny is from Taiwan. This town was originally called Linkville, but a century or so ago the locals decided they wanted a more dramatic name for their home on the edge... > Read more 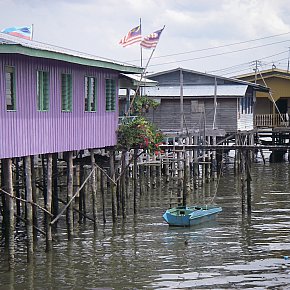 Curiously enough, the place I know best in Kota Kinabalu, the capital of Sabah on the northernmost tip of Malaysian Borneo, is the airport. In the course of a few days I was there five times; while going to and from Brunei, then the city of Sandakan where I went to see orang utan and took in a city tour, and finally when I flew back to KL, Kuala Lumpur. But being familiar with the airport... > Read more 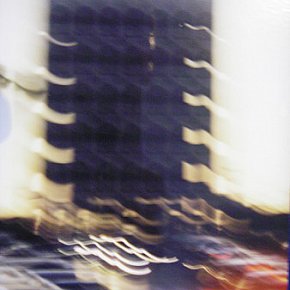 The view at sunset from these steps is spectacular. Old men have gathered to smoke cigarettes and silently watch the orange orb sink below a horizon punctuated by distant spires and domes. The view the other way is more problematic. And pretty ugly. This is EUR -- Exposizione Universale di Roma -- a district on the southern outskirts of Rome created when Mussolini's fascist dreams were... > Read more 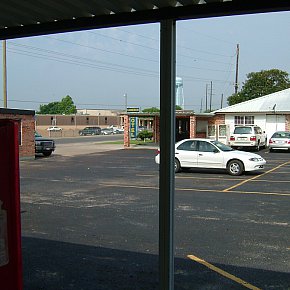 In 2005 smalltown Cameron in southwest Louisiana was washed away by Hurricane Rita and I suppose battered to hell again by Hurricane Katrina. It seemed tragic and . . . Well, let me tell you my memory of Cameron, a place we stayed in for one very long night while driving the Gulf Coast before heading up to Breaux Bridge then on to New Orleans. Cameron is in shrimp and petroleum country --... > Read more 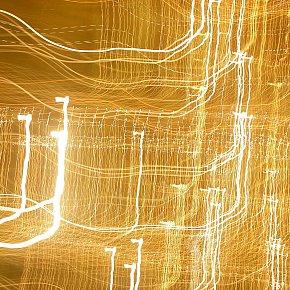 In the fuzzy Polaroid I am standing next to a short, goofy-looking guy with a curly blond Afro. He is holding a multicoloured cocktail. And I have a parrot on my head. It was at a travel industry function in Miami Beach some years ago and representatives of various countries, every American state and dozens of major cities, and many small tourist operators, were there to sell their... > Read more 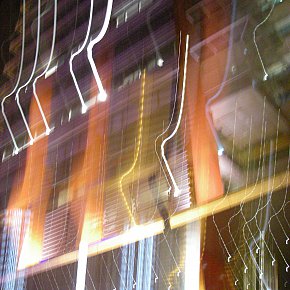 The night we scattered my mother's ashes on the Broadwater at Surfers Paradise where she had lived, Silvio sang to us. I recognised him as soon as we entered Fratelli's restaurant, he had sung to me in another place in Surfers a few years back. The story then as I remember it was that it had been one of his sons' restaurants and Silvio, a lifelong restauranteur and with an Italian's love of... > Read more 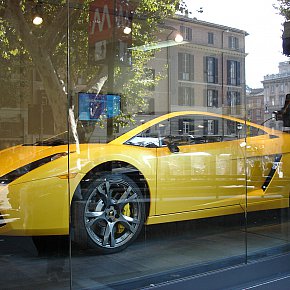 It's all in the odd juxtaposition really. Just off the Piazza Barberini in Rome with its magnificent Fountain of Triton by Bernini -- and only a short walk from the more famous Trevi Fountain -- is the Autocentri Balduini on Via Vittorio Veneto. In the window glistening Lamborghinis are displayed like shop mannequins in a clothing store. It is as if you could just happen on it when coming... > Read more 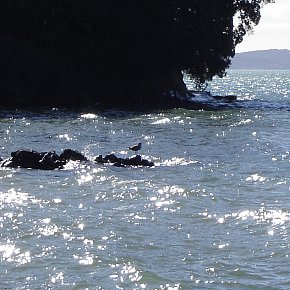 Within an hour of us meeting, Mama Thiu was knocking me up for money. Then her brother had a go. It was at Nga Trang in Vietnam and Mama ran a small, outdoor restaurant at the northern end of the gorgeous beach close to the port. Mama's place was near the centre of town but it wasn't a favoured area with tourists who headed for the quieter sands further down. So Mama struggled, which made... > Read more

I don't know his name, never did, and it isn't important anyway. Let's call him Big Marco because that's who he looked like. I arrived at Big Marco's small hotel in Rome early one morning having been directed there by a sad-eyed gentleman at the hotel bookings booth in the nearby railway station. I had said all I wanted was a cheap room, with a bathroom if possible, somewhere near the... > Read more 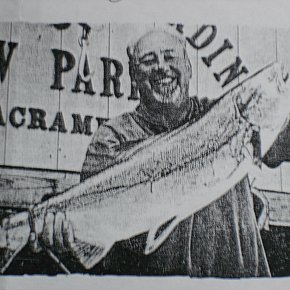 The fact was, when you walked from the cool, fresh air of the Sacramento River into the restaurant at the RV park you could barely breath for the smell of cooking oil. It coated the tongue and hurt the eyes, and penetrated your clothes instantly. You immediately felt like you had spent a day working over a vat of simmering oil. Emily didn't seem to notice. I guess she was just used to it.... > Read more 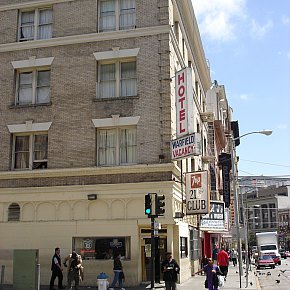 He didn't give his name and it didn't matter actually. My guess is he just wanted someone to listen. So I did, and it wasn't a pretty story. It was mid-afternoon on a weekday in the 21 Club, a bar in the rundown Tenderloin district of San Francisco with a handwritten sign which read "No bicycles inside" on the battered glass door. Outside broken and damaged people pushed... > Read more 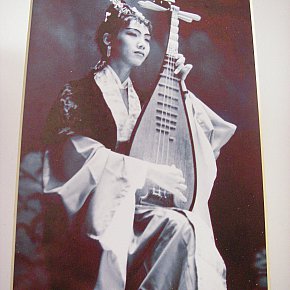 Among the trinkets and souvenirs at the Chinatown Heritage Centre in Singapore the photograph caught my eye: a lone boatman, standing up in his small craft, is rowing between some other vessels as dawn light catches in the ripples off his oars. The image, obviously taken many years ago, has a strange golden tone and in the ripples the camera has captured the instant when shadows made... > Read more

The two places I thought I'd never go were Guam, and a Hard Rock Cafe. Guam -- essentially an island-cum-aircraft carrier for the American military in the north west Pacific -- just seemed well off any track, and a Hard Rock Cafe because turning revolution into marketing, with a side order of fries, isn't my idea of progress. As with Planet Hollywoods -- where some people seem to think... > Read more 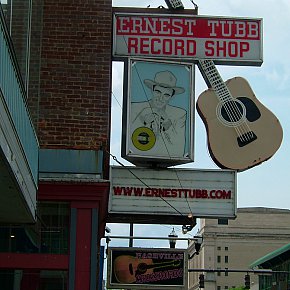 The cliche and joke about Nashville, the country music capital of the world, is that every bus driver, real estate agent, waitress and desk clerk is an aspiring songwriter. Spend more than a minute in their company and they will be pressing their demo tape on you just in case you can be useful to their career. I'm not sure what Roger thought I could do for him -- we were both at a sleazy... > Read more 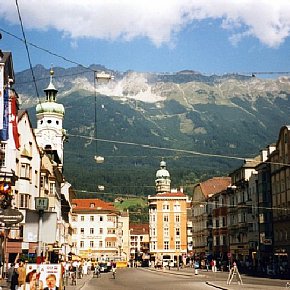 For about four years, from when I was maybe 10, I carried a photograph of Innsbruck in my wallet. Of course at that age I had very little else to put in a wallet and I can't remember what else might have been stashed in the thing. But the picture of Innsbruck I can still conjure up. It was highly coloured -- the sky an impossibly vivid blue -- and showed a view down what I took to be the... > Read more