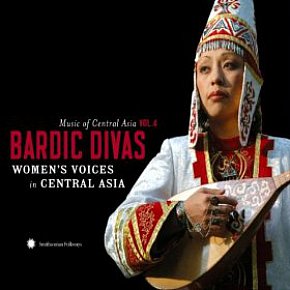 This beautifully packaged collection -- informative booklet, DVD with doco footage and interactive instrument section -- is not only a handsome set, but contains the remarkable voices of women singers from Central Asia, the region between Iran and the Steppes. Politics and ethnic separations over the past half century have lead to a diaspora of cultural voices (for example Jews from... > Read more

With bamboo flute, erhu (two stringed fiddle) simple drum, dulcimer, lute and bells, this ensemble bring back to life ancient Taoist music in a modern style and evoke a more ancient world, a spiritual one of contemplation and internal focus. These pieces are either marvellous miniatures or extended pieces with evocative titles: Incense Hymn, Wind Through the Pines, Jade Hibiscus. Not to... > Read more 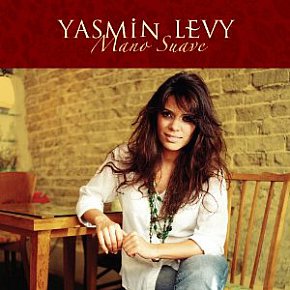 Jerusalem-born Levy created a lot of interest when she appeared at the 2007 Taranaki Womad for her swooning style of Ladino music which comes out of the Spanish/Jewish tradition. What she also brings is a contemporary Middle Eastern feel by the introduction of oud alongside her hypnotic singing style, flamenco influences and western instrumentation. This new album is a leap ahead from her... > Read more 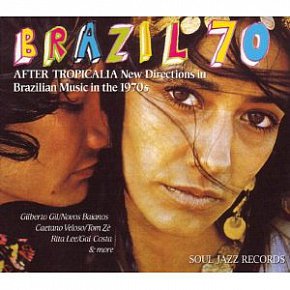 The earlier Tropicalia collection of revolutionary Brazilian music from 1968 posted some months ago (see tag) will set you up for this excellent 19 track compilation subtitled "New Directions in Brazilian Music in the 1970s". Crushed by the military, the Tropicalia movement -- which explored a fusion of folkloric music, funk, psychedelia and soundtrack styles -- was scattered when... > Read more

Okay, back in Brazil there are probably hundreds of guys just like Faraco, good looking singer-guitarists who can hush a busy cafe with their sensitive, feather-light songs and hypnotic, acoustic playing. But that should take nothing away from this gentle album which seemed to be everything I disliked -- slightly smug self-assurance, songs which drift rather than drag you in . . . Yet... > Read more 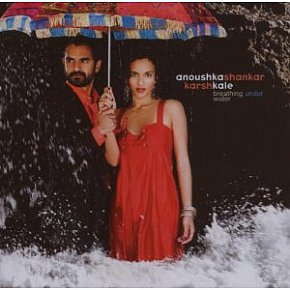 This soundtrack suffers only major drawback in my book: the presence of Sting on the song Sea Dreamer. Is there a more irritating singer on the planet? (Yep, the yelper in Yes. The screacher in Supertramp . . . ) The rest of the album is a gentle infusion of sitar and global cultures, has Shankar's sister Norah Jones and her dad Ravi helping out, and effects an interesting marriage... > Read more 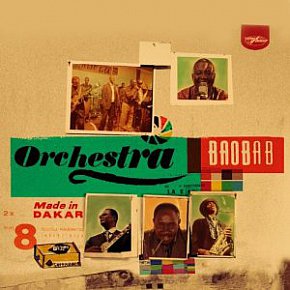 The reissue six years ago of this Senegalese band's 1982 sessions Pirate's Choice thrust this exceptional outfit into the world music spotlight where it remains to shine and gleam. They released the equally good Specialists in All Styles five years ago and have played to wide accclaim for their rocking rhumba and laidback late-night styles which come off like the best of Cuban music dipped... > Read more 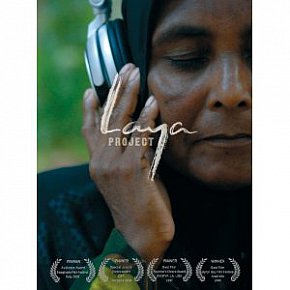 This ambitious concept and elaborate package (two CDs/a DVD/booklet in the gatefold sleeve) should certainly attract attention -- although some questions hang over it. Essentially the project of music producer and sound recorder Patrick Sebag and Yotam Agam with director Harold Montfils, it involved a crew going to the tsunami affected regions of Asia to film and record local musicians... > Read more 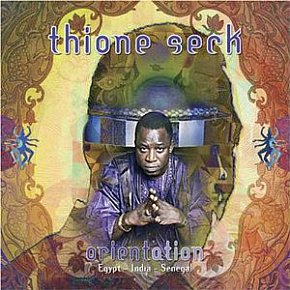 There are some who think that "world music" is corrupted by outside influences, and that the folk musicians of various parts of the globe should be time-locked so as to retain some degree of authenticity. Such paternalistic purists bang on about how tragic it is that musicians from the Sahara use synthesizers, or that sitar players in India tailor their ragas for radio play rather... > Read more

The music and lyrics of Jacques Brel (1929-78) have seduced dozens of musicians down the decades, notably Scott Walker, Leonard Cohen, Nina Simone, Dusty Springfield . . . Actually just about anyone who appreciates his melodramatic darkness. Brel wrote and sang of street people, love and loss, was reflective or angry, romantic or satirical. He left a huge body of work for others to pick... > Read more

Emiliana Torrini: If You Go Away

Elsewhere listeners know it is unwise to judge an album -- especially a world music album, and most particularly a bellydance album -- by its cover. Beneath the bejewelled, bikini-top breasts on this unpromising looking album are the two key features: the names of Ramzy and El Bably. Ramzy is a prolific writer (over 20 albums for the Arc label alone, most in equally unpromising covers!),... > Read more

This London-based group includes Cheng Yu, who previously featured on Elsewhere with her lovely solo album of pipa (lute) and qin (zither) music. She has a command of both instruments and here (playing pipa) with Sun Zhao on zither, Hu Bin (erhu/fiddle) and Zhou Jinyan (Chinese dulcimer) she delivers lively traditional tunes alongside evocative contemporary works. As always titles tell... > Read more 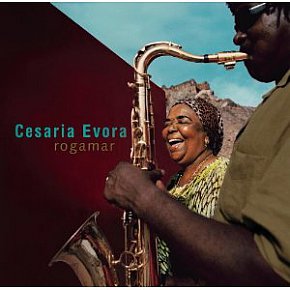 One of my London-based sons is just back from three weeks on the various Cape Verde Islands off the coast of West Africa. I shall quote him: "loads of swimming, hiking and taking in the traditional island music . . . had a great time meeting villagers as you make your way down the track with many inviting you into their huts to offer some pretty powerful grog made from sugercane. most... > Read more 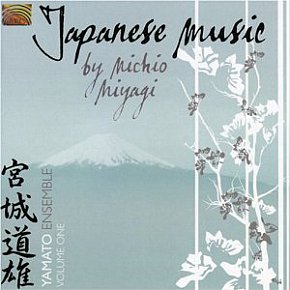 Although he lived in the first half of the 20th century, the famous Japanese composer Michio Miyagi -- whose works are featured here -- actually belonged to a much older world. He wrote in the tradition of the Edo Period of the 17th to 19th centuries (although he assimilated some post-Edo influences). His popularity and prodigious output made him one of the country's most highly regarded... > Read more

The Yamato Ensemble: Kumo No Anata-ni (The Clouds Over Yonder) 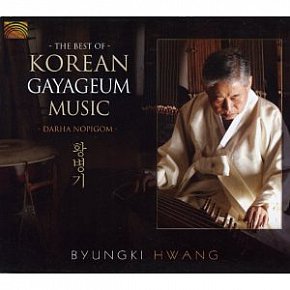 At the Auckland Arts Festival AK '07 one of the most fascinating (if least attended) events was an afternoon concert of tea music by a Korean ensemble -- essentially traditional music about the qualities of tea, and performed while tea was being prepared. While you might have come away thinking it takes a helluva long time to get a cup of tea in Korea, the music was sublime. This... > Read more 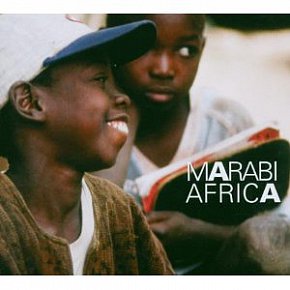 This excellent 17-track compilation is an ideal introduction to the diverse and exciting music coming out of various parts of Africa these days. It also opens with Nebine, the best track off that thrilling album Nour by the Mauritanian singer Malouma (see tag) whose electrifying Sahara blues is giving Tinariwen a run for their money in the "world music album of the year" stakes at... > Read more 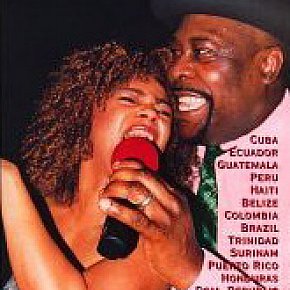 Some years ago the estimable Network label released the groundbreaking Desert Blues collection of music from the Sahara region, a superb double disc in a beautiful and informative long-form package. This re-release of the similarly conceived collection of the music of the various slavery cultures of the Americas is its equal: two discs of 33 tracks which is a geographical tour-de-force as... > Read more 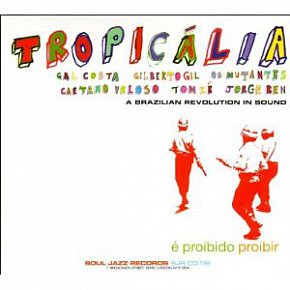 Don't know about you, but all that cooler-than-thou, soft-voice badha-badha-doobee-doo stuff from Brazil (Bebe Gilberto et al) gets right up my nose. It seems to be favoured by "sophisticated" people and such soft samba seemed obligatory as the theme to any arts show on television for decades. My turning point into Brazilian music was in 1990 when David Byrne (of Talking Heads)... > Read more 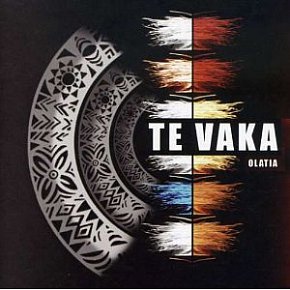 This formerly Auckland-based and socially-conscious group have now relocated to Australia, but Te Vaka rarely played in New Zealand anyway. Theirs was always a bigger calling and they spend much time at world music festivals or in the Pacific where their emotional heart remains. Singer-songwriter Opetaia Foa'i has a real gift in bringing together traditional songs and contemporary pop... > Read more 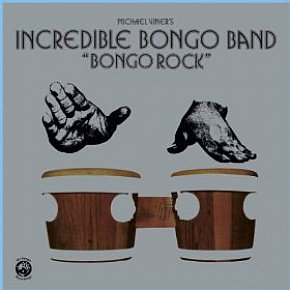 Formed in the early 70s by record company exec and musician Michael Viner with composer Perry Botkin Jnr, the Incredible Bongo Band was an informal gaggle of musicians who got together to capitalise on a one-off single lifted from the soundtrack to the B-movie The Thing With Two Heads. Recording in Canada because it was cheap and they would get automatic airplay because of Candian content,... > Read more