Here's something we don't hear as often as we used to: a concept album with guest stars and telling a historical story – in this case the Irish Catholics migrant soldiers who deserted from the predominantly Protestant US army during the Mexican-American war and sided with the Mexicans. The San Patricio Battalion actually contained a multi-cultural crew but Paddy Moloney of... > Read more 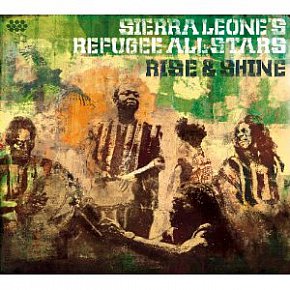 These guys certainly have a great back-story: in six years they went from languishing in a refugee camp, through being the subject of a doco (see clip below) to Oprah. They appeared on the Blood Diamond soundtrack, their self-titled debut album won widespread praise and for this one they went to New Orleans and recorded with producer Steve Berlin (of Los Lobos) as well as some local horn... > Read more

By coincidence Elsewhere here acknowledges the son of another music master in the same week as we pick up the album by Jakob Dylan. Kamel El Harrachi is the Paris-based son of the late oud player/singer Dahmane El Harrachi from Algeria and this is his tribute on the 30th anniversary of his father's death. Singer/oud player Kamel has a powerful and gutteral voice but on the lighter... > Read more 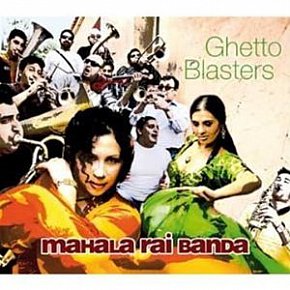 Okay, definitely not for every taste but here is clubland, rocked up Gypsy music from Bucharest driven by a brassy horn section and hefty backbeats, and fronted by singer/composer/violinist Ionita Aurel. At times it sounds as much mad Mexican as Balkan and when guest voclaists Jony Iliev and Tato Garcia come in on Solo Part Ti there is an almost dangerous passion brought to bear. So... > Read more

The debut album Alive of two years ago by this photogenic Chinese singer was a mish-mash of electro-pop, slightly twee vocals, Chinese folk, new age blandness and deadening over-production. This new album however -- while still mining electro-pop and again putting traditional instruments alongside synths -- is a much more interesting item. The opener -- a crunching Ha Ha Li Li with odd... > Read more 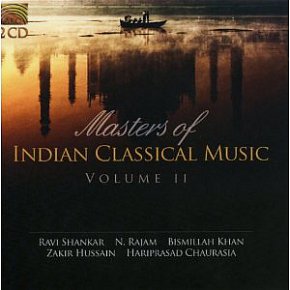 With the recent appearance of Ravi Shankar (with his daughter Anoushka) at the arts festival in Wellington, there may be some interest in an album such as this: a well annotated double disc which includes the greatest names in Indian classical music, among them sitar player Shankar, the master of the shehnai (a brusque oboe-like instrument) Bismillah Khan, tabla genius Zakir Hussain, sarangi (a... > Read more 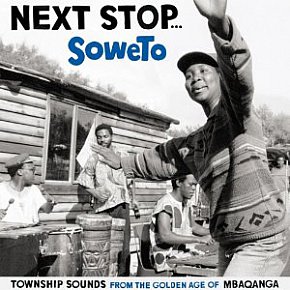 Subtitled "Township Sounds from the Golden Age of Mbaqanga" this lively, groove-oriented and guitar jangle collection of 20 songs comes from Strut, the same label which has brought you various Nigerian and Ethiopiques collections -- as well as the terrific Mulatu Astatke album and the Inspiration Information series. This is the first volume of a promised three in which they scoop... > Read more As the century closes it's interesting to look back on how the West has briefly adopted music from other cultures - Indian musics, for example. Where once these long traditions were confined to ethnomusicology departments of universities, they crept into Western consciousness through jazz musicians such as Jamaica-born British saxophonist Joe Harriott and American saxophonist John... > Read more

Trilok Gurtu: Manani (with Joe Zawinul, Pat Metheny and others, 1993) 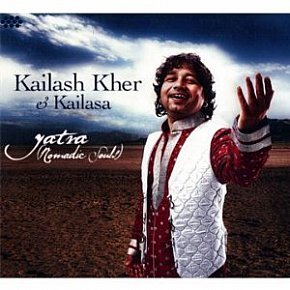 If the sound of Indian (Bollywood) playback singers or Indo-pop has never made much sense to you then you are directed to the thrilling soundtrack to the film Cash (video clip here) or maybe this very Western-framed album by one of the country's biggest stars. Kher has become something of singing superstar (it would be fair to observe he didn't get there on his looks) and he has one of... > Read more 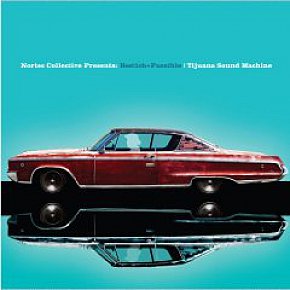 Often things just turn up unexpectedly at Elsewhere and this album from Tijuana's electronica outfit Nortec (a neoligism from Norteno and Techno), was certainly unexpected. It came out almost two years ago. The NC keep things very simple -- beats, samples, melodies -- and that is part of the charm: think back to the roots of hip-hop or electronica and remember how elemental things were.... > Read more 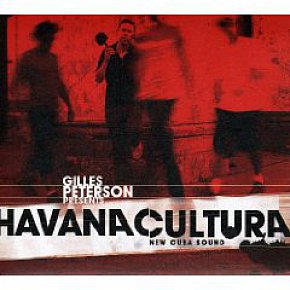 The global success of Buena Vista Social Club a decade ago meant some presumed the group represented the sound of Cuba -- and that shut out any notion there might be vibrant young players (or even hip-hop) in that land of cigars, old cars and benign, soft-focus images.  Here itinerant UK DJ Peterson helps correct that misconception and presents a double disc of contemporary music by... > Read more When singer Kidjo from Benin emerged in the early Nineties it seemed to me she got more mileage than she deserved, largely on the back of her story and looks rather than the music. Her early albums prior to and including Aye ('94?) really did nothing for me and so I tuned out for a while. But then it became increasingly clear that Kidjo was no world music/folklorist/cover girl and her... > Read more 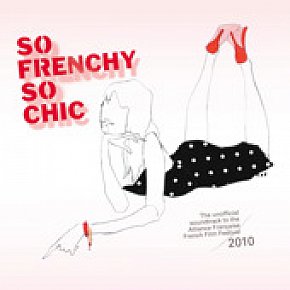 Another year, another compilation to accompany the Alliance Francaise Film Festival -- and a chance for an overview of chic music out of France. Big names here are Charlotte Gainsbourg with the electro-title track of her new IRM album, Nouvelle Vague (a previously unreleased version of Fad Gadget's Under the Flag), Rachid Taha (in rather restrained fashion) and Vanessa Paradis.... > Read more The interest in good time "gypsy" music continues after the success of the Benka Borodovsky Bordello Band (with whose style I had some problem). This outfit from Wellington -- sax, trumpet, trombone, sousaphone, accordion and percussion -- work similar oompa/mad dancing/immediately familiar folk-framed tunes and by not having a vocalist this is straight to the dancefloor with no... > Read more

The Flight of the Conchords’ astute parodies have spoiled some music for us -- and the opener here where Jimi Tenor oozes darkly “lean against the wall, I want to do it dancehall style with you baby . . . I got my tightest pants on” sounds so close to a Jemaine sleazy rap you’ll laugh aloud. That’s the intention, but hardly what you’d expect from legendary... > Read more

If the shadow of climate change has hung over previous albums by award-winning Te Vaka -- a pan-Pacific group (leader Opetaia Foa’i was born in Samoa, has family ties to endangered Tuvalu and grew up in Auckland‘s Tokelau community) -- then it is hard to hear some of this, their sixth album, without thinking of last year’s tsunami which is specifically the theme of the... > Read more 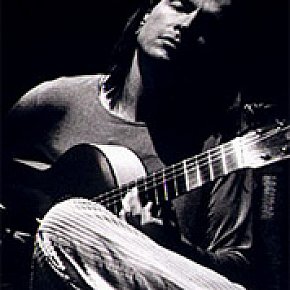 Very few musicians can claim to have created a genre, but with his 1990 album Nouveau Flamenco, guitarist Ottmar Liebert did exactly that. Liebert’s hybrid style -- which existed somewhere between Spanish passion, classical melodicism and mellow New Age music -- spawned innumerable imitators and ensured this affable Santa Fe-based musician (who was born in Cologne to a Chinese-German... > Read more 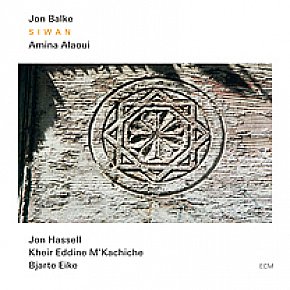 This album fits squarely into Elsewhere, but perhaps in few other places. Not only does it feature Elsewhere favourite Jon Hassell on trumpet and electronic effects, but it has a swooning Arab North African quality (singer Amina Alaoui comes from Morocco), the poetic lyrics come from Sufi writers and the whole thing is beautifully, and emotionally, orchestrated by Jon Balke. With... > Read more 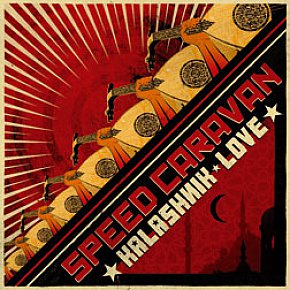 At last! When Elsewhere reviewed this thrilling album last year it was almost immediately deleted and people were demanding it, even more so after this group played at the Taranaki Womad where they were, not unexpectedly, a real highlight. Speed Caravan's Mehdi Haddab does for the oud what Hendrix, Jeff Beck and Eric Clapton did for the electric guitar: he expands the boundaries and... > Read more Alongside Etran Finatawa, Tinariwen out of north Africa have been in the vanguard of what the international music press has dubbed "Sahara blues" for their stinging guitars which seem to refer to Chicago '65 and the mesmerising rhythms which conjure up space and landscapes of the subsconscious. They are grounded but elevating. Their Amassakoul album was considered one of the... > Read more