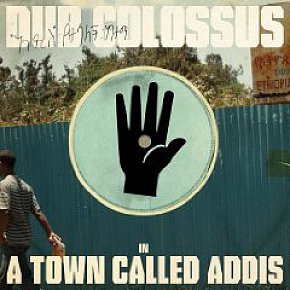 Bridging dub, world music, an ethnomusicology project and with a smattering of jazz, this project by UK musician/producer/remixer Nick Page who is Dubulah, aka Dub Colossus (and co-founder of the groundbreaking Trans-Global Underground then Temple of Sound) brings to attention the wonderful music of Ethiopia, but in a very different light. Internationally there has been an on-going reissue... > Read more 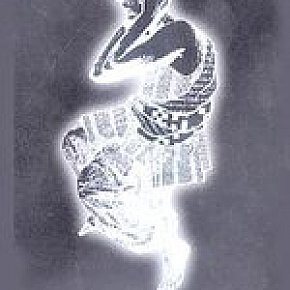 Might as well 'fess up straight away: I bought this album in Buenos Aires recently on the strength of its elaborate cover and knowing only it was a rock band that seemed to involve the highly regarded singer-songwriter Carlos Indio Solari (aka Indio) who seems to be able to fill the Rio del Plata Stadium (where U2 filmed U23D)! Well, I've bought albums for lesser reasons, so . . . The... > Read more

Just by the sheer number of artists it produces, you'd have to say Mali seems to have -- like Jamaica -- an almost unnatural number of gifted, inventive musicians, many of whom have appeared at Elsewhere: the late Ali Farka Toure and his son Vieux Farka Toure, Oumou Sangare, Djelimady Tounkara, Habib Koite, Toumani Diabate . . . Amadou and Miriam have long been popular favourites outside... > Read more 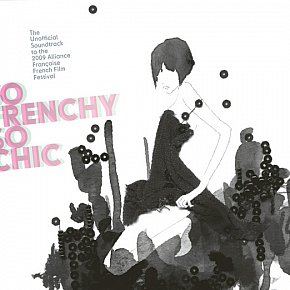 Billed as "the unofficial soundtrack to the French Film festival 2009" (and actually an Australian compilation so may bear absolutely no relation whatsoever to the French Film Festival we might have in New Zealand), this double disc scoops up such a wide swathe of breathy French pop, trip-hop, cool-kitsch and more that you can't help but like it. The fact it opens with the... > Read more 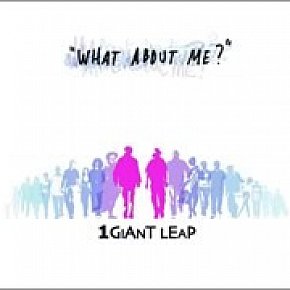 Last year Elsewhere presented a lengthy interview with Duncan Bridgman who is half of this multi-media world music project with Jamie Catto. In that free-ranging conversation he outlined the background to this music-cum-philosophy project which took the pair across the planet to perform with and record people in small and often remote villages, or getting alongside big name players such as kd... > Read more

1 Giant Leap: Each Step Moves Us On (with Zap Mama and Speech) 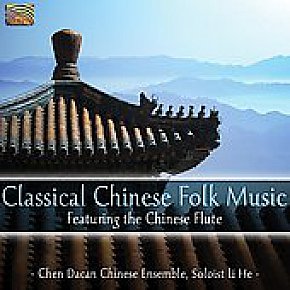 Elsewhere has frequently posted Chinese music, notably albums by the Silk and Bamboo Ensemble, the Silk String Quartet and the pipa/qin soloist Cheng Yu. These are all lovely albums -- restful but also full of interesting melodic twists, so this ensemble which features the flute soloist Li He was bound to command attention. The leader of the group, Chen Dacan, is a member of the Silk and... > Read more 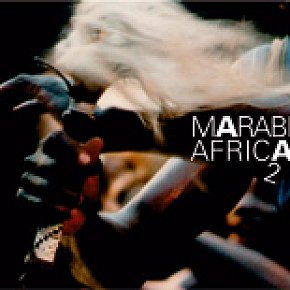 The first compilation Marabi Africa won plaudits at Elsewhere because, if nothing else, Marabi was the label which brough the great Malouma to world attention -- and so this sequel commands attention immediately. Once more there is an impressively broad but coherent cross-section of artists represented, some of whom have appeared at Elsewhere (Malouma again, El Hadj N'Diaye, the late... > Read more 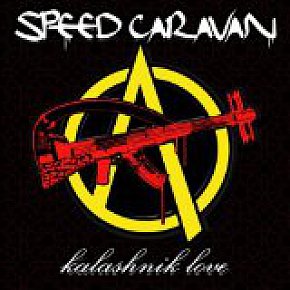 The sound of the oud, a Middle Eastern lute, has frequently found favour at Elsewhere, notably with Le Trio Joubran and Anouar Brahem, and albums like Cairo Nights. But as the title of this album suggests, this is a very different kind of oud music: this is electric oud turned up loud and sounding abrasive, angry, politicised in the context . . . and closer to the Hendrix/Stevie Ray... > Read more 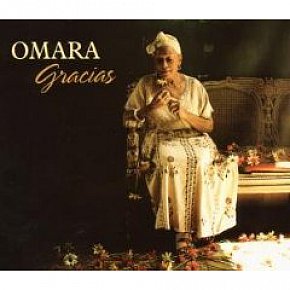 The great Cuban singer - who came to world attention via the Buena Vista Social Club a decade ago - is still going even though she is in her late 70, which may be some kind of testament to the life-affirming powers of Cuban rum or that country's health-care system. As with the final album by her late BVSC colleague Ibrahim Ferrer (the gorgeous and heartbreaking Mi Sueno), Portoundo has gone... > Read more

A decade on and the Buena Vista Social Club story just keeps being told: there was the original album, the Wim Wenders doco, the solo albums by various members, the touring, the t-shirts . . . Not bad for a project about which timbales player Amadito Valdes says, "I still don't know why Buena Vista Social Club became such a success except that we did it with no commercial intent. We... > Read more 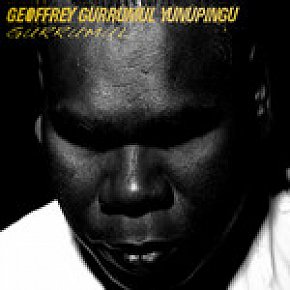 Funny how music can pounce on you, isn't it? A couple of weeks ago I would have said I had never heard of this blind-from-birth Aboriginal singer from Arnhemland. Then a week ago I mentioned the new-look Elsewhere on another website and invited people to check it and use the search function: the first response I got was from someone who said they had looked for "Geoffrey Gurrumul... > Read more 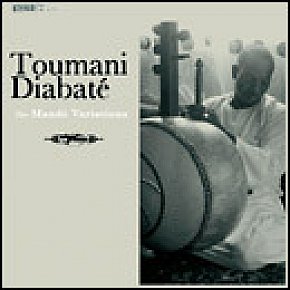 Here's one of the best world music albums of the year: a rare solo outing by the Malian kora master Toumani Diabate who learned from the late guitarist Ali Farka Toure also from his homeland (there is a track here dedicated to Farka Toure with whom he performed on the wonderful In the Heart of the Moon album). Like his mentor, Diabate has been outward looking and has collaborated with Damon... > Read more 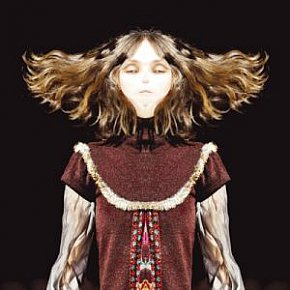 This singer-songwriter from Argentina will confound any expectations you might have of someone who was once a comedy actress and in skit-shows on local televsion. This album with odd elements of percussion, repeated figures in the manner of folktronic minimalists, post-Tropicalia borrowings from Brazilian music, and a kind of urgency driven by percussion and a production that puts her... > Read more 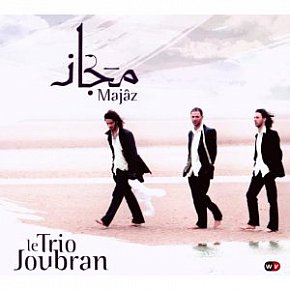 They may look like those agency-groomed opera singers you see on the back of buses -- immaculately trimmed stubble, tuxedos with ties hanging loose, brooding good looks and sultry come-hither eyes -- but put aside any preconceptions: this trio of oud-playing Palestinian brothers is the real thing. This exotic, hypnotic and deeply emotionally album of intrumentals (save one track) will... > Read more 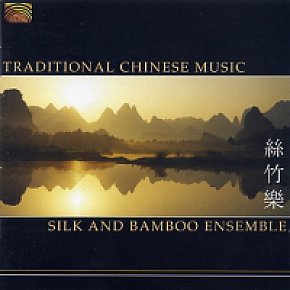 We have been down this seductive and often restful path a few times with the Silk String Quartet, the solo album by pipa/qin player Cheng Yu and the Taoist Music Orchestra of Shanghai -- but the traditional music of China can always halt you in your haste, and make you stop and smell the water lilies. There are a couple of lively pieces here (there's a hoe-down in Dance of the Yao People,... > Read more

My guess is that if you are asked to do a Bollywood compilation you'd be somewhat spoiled for choice, right? There are some thrilling Bollywood soundtrack albums and bhangra compilations out there (like Cash and Bollywood Gold), but this collection pulls right back from a soundclash between Indian orchestras and hip-hop and aims more for a considered and inclusive selection of trip-hop... > Read more

The Mamaku Project don't fit into simple boxes -- and that's a good thing. Their debut album Karekare found favour at Elsewhere for its blend of lazy South Pacific attitudes, the dub-influenced pop quality and its easy assimilation of French chanson and cafe/wine bar musics. This made for something unique -- and highly appealing -- in the landscape of "New Zealand" music.... > Read more 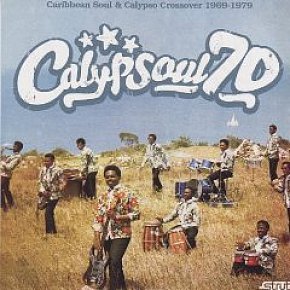 Although this compilation - subtitled Caribbean Soul and Calypso Crossover 1969-1979 - came out a few months back I thought I'd wait until the weather got better before posting it. It is that kind of music, and today after I cleaned the barbecue it seemed timely. A 20 track collection of bands whose names are completely unknown to me - Magic Circle Express, Gemini Brass, St Maarten's The... > Read more 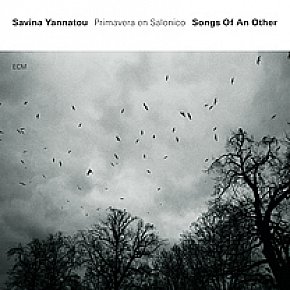 Not going to lie to you: this one isn't easy and certainly won't be to everyone's taste -- but I guess you have to expect that when a Greek singer takes on Armenia, Bulgarian, Albania etc folk in the company of a group which includes oud, guitar, accordion, double bass and nay (Egyptian flute). Oh, and it is on the ECM jazz label -- so there's a bit of stretching out into free jazz in... > Read more 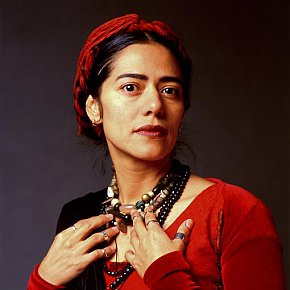 Lila Downs admits she is surprised her music has become internationally successful. After all, much of what she sings is in Spanish, it speaks of the pride and plight of the Mexican and Indian communities, it can be politically flinty, and she has even managed to alienate folk purists by mixing in rock guitars, hip-hop, jazz and reggae influences. As a cocktail of musical styles it just... > Read more