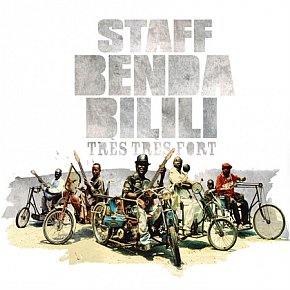 Elsewhere has previously noted the surprising music which comes out of Kinshasa in the Congo, notably the Congotronics albums. But where that music hit a strange place somewhere around cheap electronic instruments alongside traditional thumb piano, odd chants and a production job that cost all of $2.50, this album is something very different again. The core of the band in question here are... > Read more 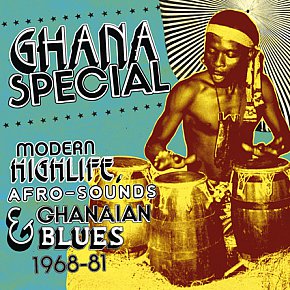 In the past few years there has been a remarakble rediscovery and re-issue of music out of various parts of Africa: Elsewhere has previously noted the comprehensive (and enjoyable) Funky Lagos collection, the early years of Fela Kuti collected on Lagos Baby, the Geraldo Pino compilation, the exceptional Authenticite compilation of artists from Guinea and many more. This collection (on the... > Read more 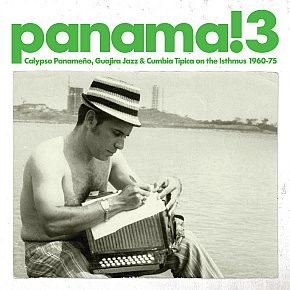 This third installment of this excellent and enjoyable on-going series of music pulled from old singles is subtitled "Calypso Panameno, Guajira Jazz and Cumbia Tipica on the Isthmus 1960-75". Even if you don't have a clue about those various styles (the liner notes are exceptionally helpful) you can still enjoy these warm sounds which are driven by horns and percussion, accordion... > Read more 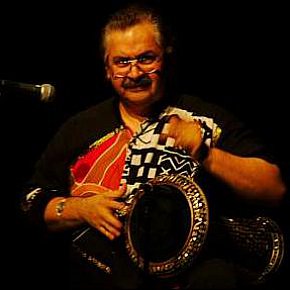 Hossam Ramzy, who has a home in England and an apartment in Cairo, is a hard man to pin down. The first call is to the British office where the Egyptian composer and percussionist is supposed to be. No, he's flying right now but you could try him on his cellphone in two days at noon, his time. Fine, that's 10pm here, so the call goes through - and the racket from the other end... > Read more 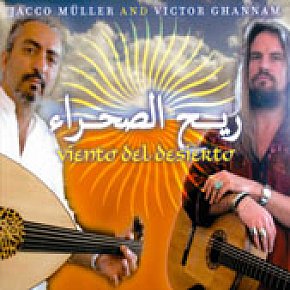 This exotic blend of flamenco guitar and oud alternates between the thrilling and the exotic, and succeeds on both counts. Libertad, driven by urgent clapping and with the vocals of Doris Farhat keening and soaring, is a standout. It is the last track and the journey to it is utterly rewarding.  Muller (from the Netherlands originally) brings a rich, deep and dramatic tone to... > Read more 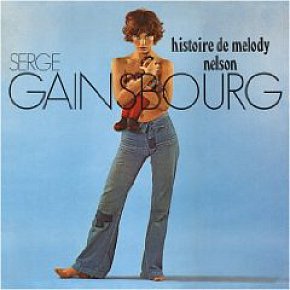 As with the great Jacques Brel, there is no easy shorthand into the French singer, songwriter, actor and cultural icon that was Serge Gainsbourg (1928-91). Gainsbourg -- much revered in France by many -- was undoubtably a roue and in these rather more sensitive times many would doubtless disapprove of his serial sexual encounters, love of young women, heroic smoking and drinking, and many... > Read more 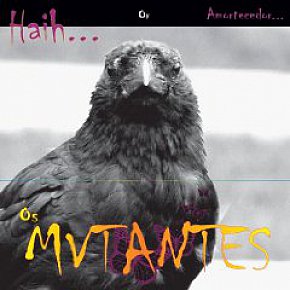 This isn't quite the same Os Mutantes that was one of the seminal bands in the Brazilian tropicalia rcok'n'roll revolutionary movement of the late Sixties (members departed, the band broke up in the late Seventies) but it is a pretty good facsimile, and does include founder member Sergio Dias who here collaborates with the great Tom Ze and hauls in a hot young band. The original Os Mutantes... > Read more 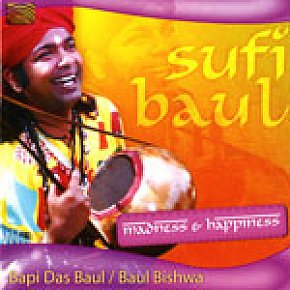 Perhaps the only Sufi musician many are familiar with is the late Nusrat Fateh Ali Khan, but his uplifting, sky-scaling vocals and the joyous spiritual elevation of his music might recommend this one. Let's hope so. Bapi Das Baul is of the itinerant Baul tradition whose people follow a kind of divinely ecstatic madness and celebration of the spiritual in all aspects of life. So the... > Read more 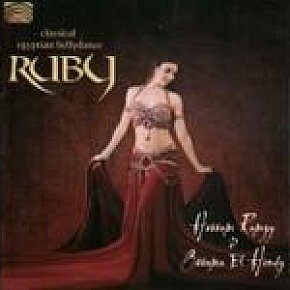 Said it before but will say it again: you should never judge a bellydance album by its cover.  You should look for a name like Hossam Ramzy and consider that a hallmark of quality. The man is genius and also astonishingly prolific as a writer and performer. This time out the percussionist pairs up with multi-instrumentalist El Hendy (keyboards, accordion, bass) to lead the small and... > Read more 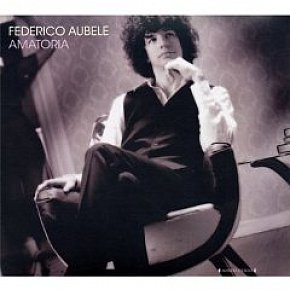 This New York-based Argentinean singer-songwriter goes straight for the heart with barely sung ballads which ride gentle electronica soundbeds and acoustic guitars, with soft vocals (and some lady guests). It sounds lightweight to the point of vapid to my ears, and I dislike this as much as I did his Panamericana album of a couple of years back which I never even bothered with at Elsewhere.... > Read more 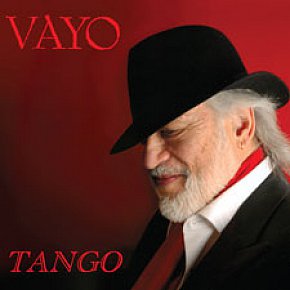 Every journalist-cum-travel writer who goes to Argentina writes about the seduction of tango, the sensual poetry of the dance and so on. To be honest, having been there, it's hard not to. Like Venice and gondolas, Buenos Aires and tango just go together and invite words. But fewer people write about the music of tango (as opposed to the dance), and for me who had dance beaten out of him... > Read more

Vayo: Nunca me Amo (She Never Loved Me) 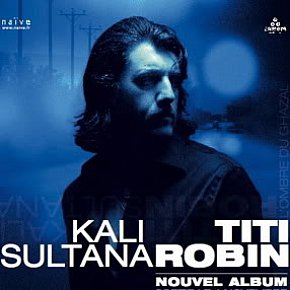 Surprisingly, this French multi-instrumentalist (oud, guitar, anything with strings) hasn't previously appeared at Elsewhere, largely because his albums are in woefully short supply in New Zealand. Pity, he's huge in Europe for his inclusive approach which means he brings together North African styles with gypsy music, flamenco with Middle Eastern, Breton folk with  . . . You get the... > Read more 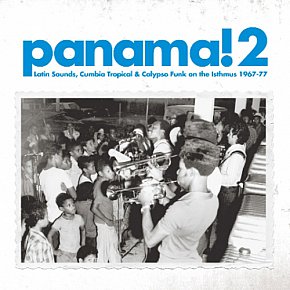 The geographical location of Panama is probably clue enough to second guess the sounds on this collection of late Sixties to late Seventies material: Panama has as its neighbours the Caribbean and Latin America, and each of those vast and musically diverse regions felt the influence of Spanish, Portuguese and African musics. And of course Panama could hardly be immune to the pop, soul and... > Read more 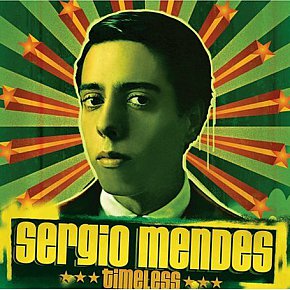 If you need further proof that you should go through your parents‘ and grandparents‘ old records it’s the current revival of Sixties hitmaker Sergio Mendes. The pop career of Brazilian-born Mendes, now 65, effectively ended in the mid Seventies. Yes, he kept touring and scored a rare revival with his Grammy-winning Brasileiro album in ‘92, but the man who epitomised... > Read more

Sergio Mendes:Let Me (with Jill Scott and will.i.am) 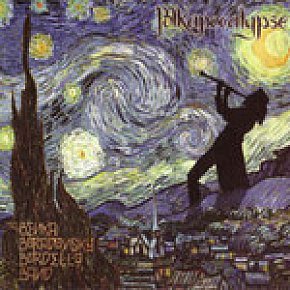 The problem with playing certain kinds of folk music -- Jewish klezmer, polka and gypsy music come to mind -- is that it can too easily fall into the area of parody and ridicule, albeit unintentionally, if that isn't your culture. Roots Americana is internationally transferable because musicians can put in their own concerns in the lyrics. But polka, gypsy music etc if not your culture... > Read more 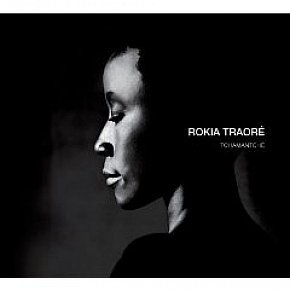 You don't have to have spent too long with world music to come across the deep well of talent out of Mali, much of which has appeared at Elsewhere: the late Ali Farka Toure and his son Vieux, Toumani Diabate, Salif Keita, the very popular Amadou and Miriam and many more. And if you didn't already know this remarkable singer you can add her to that long list. Born in Mali, educated in... > Read more 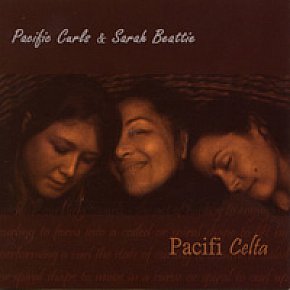 The trio at the core of Pacific Curls made two "interesting" albums, but "interesting" is a word which suspends judgment. They didn't win me much, but most of this one certainly does and I'm starting to think that maybe only now I "get" what they are doing. With the departure of Kaui, the remaining duo (Ora Barlow and Kim Halliday who are on the Pacific Voyage... > Read more 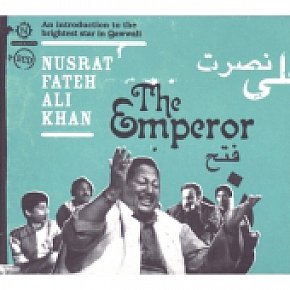 For many people the great Nusrat Fateh Ali Khan from Pakistan (who died in 1997) was and remains the greatest ever qawwali singer. He certainly reached Western audiences in a way that few had ever done and among his fans and advocates were Peter Gabriel, Jeff Buckley, Eddie Vedder of Pearl Jam and Joan Osborne. He extended the qawwali style (a form of Sufi devotional singing), incorporated... > Read more 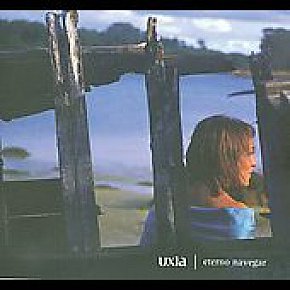 Uxia is a Portuguese singer and songwriter whose reach goes way beyond the now-familiar fado and into slinky Latin-flavoured material, some European folk of the kind which includes the tradition which links Galacia, the Middle East and the Celtic worlds, and here she allows for soft piano ballads as much as hip-shimmy arrangements. In the beautifully packaged booklet which comes with this... > Read more 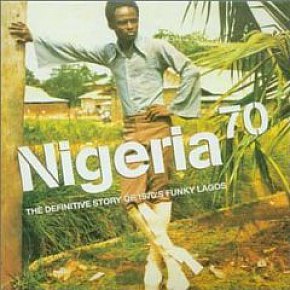 Elsewhere has already drawn attention to excellent West African compilations such as Heavy Heavy Heavy which scooped up the pre-Afrobeat of Geraldo Pino from Sierra Leone, and the double-disc collections High Life Time (Nigerian and Ghanaian music of the Sixties and early Seventies)  and Lagos Baby (a wrap-up of Fela Anikulapo Kuti's early years, 1963-69). Now comes this welcome... > Read more