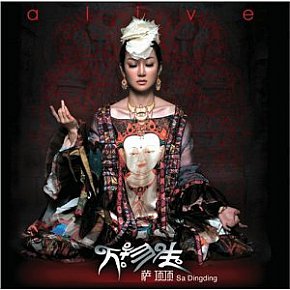 Elsewhere has frequently posted Chinese, Mongolian and Tibetan music recorded in the field and of earthy authenticity (or soaring spirituality). But we aren't averse to a bit of Cantonese pop, ambient Sino-fusion or wallpaper world music which nods to the Middle Kingdom. These days only a fool or an academic would be snooty about world music artists and try to delineate between the genuine... > Read more 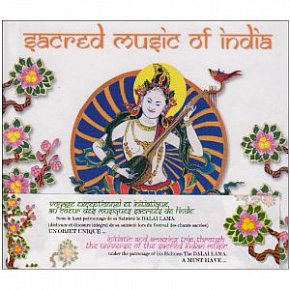 Recorded at a 2000 festival in  Bangalore organised by the Dalai Lama's people (the good Dal writes the introduction in accompanying booklet which also reproduces his inspirational speech opening the eight day event) this 12 track disc takes a broad sweep through some of the styles of India's myriad sacred musicsIt opens with vocal percussion, offers short ragas, some wonderful Rajasthani... > Read more 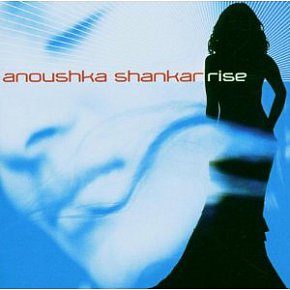 After a couple of straight (and slightly disappointing) sitar albums and an acclaimed live recording, this 2006 outing by the daughter of Ravi Shankar (one of them, another is Norah Jones) is widely considered her breakthrough.As with her father, she here acknowledged she lived in two worlds -- the traditional East and the contemporary West -- and so incorporated instruments and styles from... > Read more 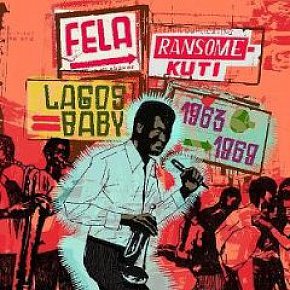 Strange though it may seem today, I had to argue hard to write a Herald obituary for the great Afrobeat master Fela Anikulapo-Kuti when he died of Aids-related illnesses in 1997. Despite Peter Gabriel, Womad and the like bringing world music artists to wider attention people such as Fela were still on the margins of popular consciousness. Yet Fela from Nigeria had been championed by British... > Read more The great Natacha Atlas first came to my attention two decades ago when I was in England and she was guesting on albums by TransGlobal Underground, a multicultural London-based outfit that brought together trip-hop, techno, Middle Eastern and Indian sounds. Anything with Atlas employing her remarkable voice was an absolute winner and I subsequently followed her into many delightful solo... > Read more 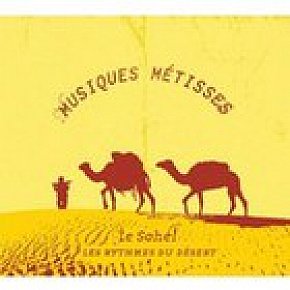 When the Buena Vista Social Club burst into public consciousness every major record company starting looking at its catalogue -- and wondrous to report, they too had recorded Cuban artists down the decades! Suddenly Cuban music was everywhere. The sceptical among us might look at this compilation of "desert blues" from the Sahara which has arrived in the wake of global success... > Read more You would have thought that the high-profile 2006 album Samba is Our Gift by the Ipanemas from Brazil would have kick-started a whole samba/Afro-Brazil movement much like the Buena Vista Social Club album did for Cuban music. After all, many of the elements were the same: the Ipanemas (drummer Wilson Das Neves and guitarist Neco) were elderly gentlemen who had been professional musicians for... > Read more 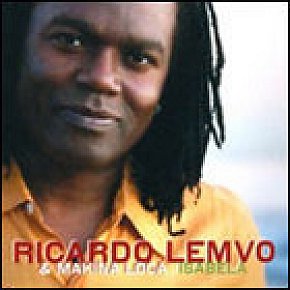 Anyone wanting a quick injection of jazzy Afro-Latin grooves and palm wine warmth shouldn't go past this laid-back but lively outing by this LA-based but authentic band which is like a smorgasbord of Spanish, soukous, son, salsa, Congolese rumba and much more -- with the great guitarist Papa Noel appearing four tracks. And the Cape Verde singer Maria de Barros drops by for a couple of songs.... > Read more 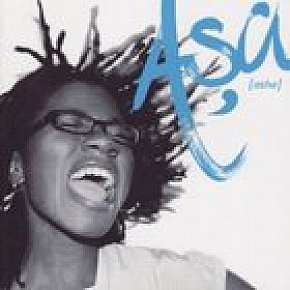 Channeling equal parts Bob Marley, Joan Armatrading, Tracey Chapman and Minnie Riperton would seem quite some feat, but this Paris-born singer-songwriter of Nigerian descent makes it seem effortless. Mostly singing English (some Yoruban), her subjects are universal injustice tempered with glimpses into the personal (love and lost love . . . and the injustices of those situations). With... > Read more 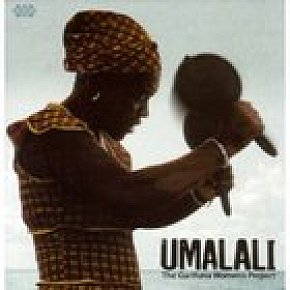 The sudden death in January of singer-songwriter Andy Palacio from Belize robbed the Garifuna movement of an important figurehead. His album Watina took the distinctive music of the coastal people of north-east South America -- who speak Arawak, a native Indian language once found in Jamaica -- and put it into the pages of world music magazines. The sound -- an amalgam of local... > Read more 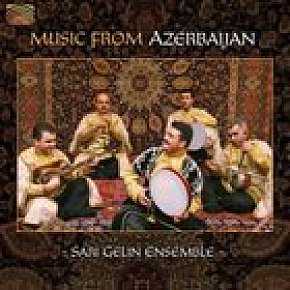 The music of Central Asia has featured on Elsewhere previously, notably with the excellent Smithsonian Folkways series (see tags) which come with fascinating DVD mini-films. This is can be "difficult" music but it is also quite breathtaking and this album by a creditable quintet is no exception. The songs are long (three of the seven go past the 12-minute mark), they are... > Read more 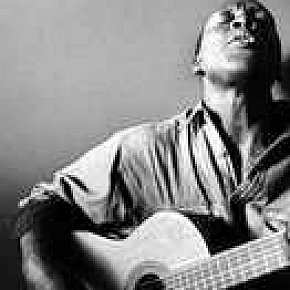 This Senegalese singer-guitarist (here recorded in Paris) has one of those mesmerisingly soulful voices which, even though you probably don't understand a word, pulls you in. His lyrics address social issues (if translating avec mon rudimentary Francaise est bien) -- but you get that from the emotion he pours into the words. French producers often like to polish up musicians from the... > Read more 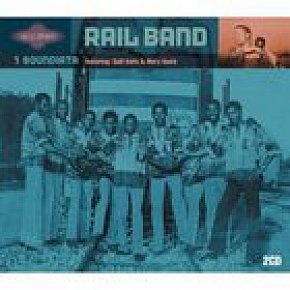 The Rail Band is one of the cornerstone groups out of Mali and launched the careers of Mory Kante and Salif Keita. I first heard them maybe 20 years ago when a salty old journo read something I had written about some African band and guessed my interest. He'd lived somewhere in the region and had old vinyl which he transferred to tape for me, among them an album by the wonderful Rail Band.... > Read more 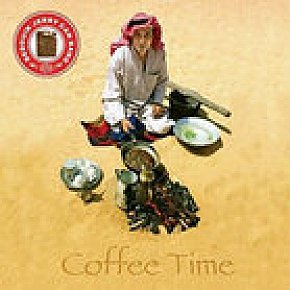 The band name and album title here explain it all: this is a group of Arab musicians whose instrumentation -- alongside traditional instruments like the local lyre, gritty fiddle and various flute-like pipes -- includes discarded jerry cans used for tuned percussion (and an ammunition box, which tells you much about the volatile world they inhabit). Coffee is the currency of hospitality in... > Read more 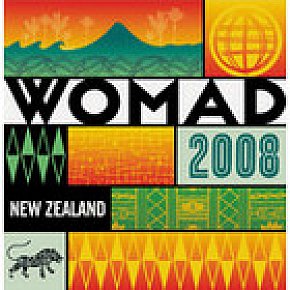 More than a third of the artists on this 16 track collection -- Toumani Diabate, Mavis Staples, SJD, Cesaria Evora, Beirut, Susana Baca -- have appeared at Elsewhere, and a few of them have been considered among the Best of Elsewhere 2007. So much of this multi-culti music will be familiar to Elsewhere people -- so let's throw the attention on the great French songwriter/oud player/folkloric... > Read more 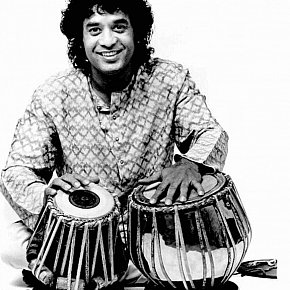 Early morning in Paris and the start of another long day for Zakir Hussain, master of the tabla drums and son of tabla legend Ustad Alla Rakha. Hussain speaks of the previous day's programme: some showcase performances with guitarist John McLaughlin (with whom he co-founded the seminal Indo-jazz group Shakti in the mid 70s), CD signing sessions (a Best of Shakti has just been released on... > Read more 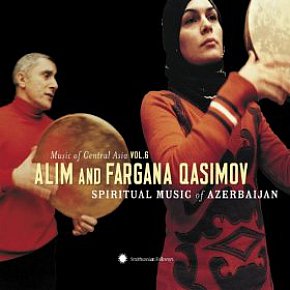 This will be brief as some of the previous albums in this beautifully packaged CD/DVD series Music of Central Asia have already drawn attention to these compilations which come with remarkable doco-footage from the regions (See tags). This sixth volume takes the listener to Azerbaijan and the keening, soaring folk styles of music there, starting with the seven-part Mugham Chargah, one of the... > Read more 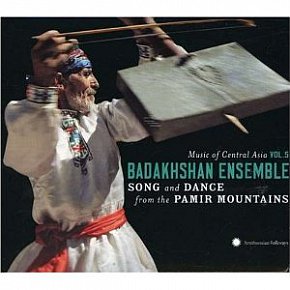 Okay, this is not for everybody ("Who is that?" said my wife, and not in a favourably curious way) but the previous collection in this Music of Central Asia series (see tag) was an impressive package of a CD, an excellent doco-DVD, and a very useful essay in the booklet. This equally handsome pack, volume five in the series, introduces music from the mountainous region around... > Read more 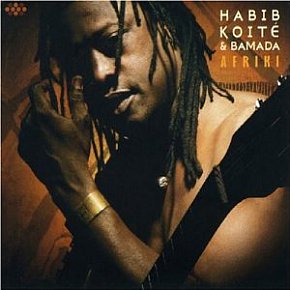 Music from Mali doesn't come much more mesmerising or mellow than this consistently laidback series of songs by one of that country's most inventive and musically curious griots. For this album, recorded on three continents, Koite typically drew on Mali's regional styles -- although most listeners (self included) won't be attuned to these nuances: what we hear is a collection of gentle songs... > Read more 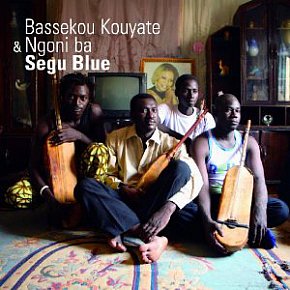 The death in March 2006 of the great Mali musician Ali Farka Toure -- who reached a global audience in the mid 90s with the Talking Timbuktu album recorded with Ry Cooder -- lead to many tributes but also the question, who could possibly take his place? Well, his son Vieux Farka Toure's album -- which appeared in the Best of Elsewhere 2007 list, see tag -- certainly suggested all was not... > Read more