By happy chance, it was on a three-day break near Christchurch when time became available to be immersed in this highy readable, well researched and beautifully illustrated book. And by further coincidence the re-opened Christchurch Art Gallery had exhibitions which incuded works by some of the name players – Rita Angus, Evelyn Page, Louise Henderson and Doris Lusk among them... > Read more Just as Simon Grigg did with his excellent How Bizarre (nominally about the story behind that remarkable global hit out of Auckland), so too does Flying Nun founder Roger Shepherd here extend himself beyond a mere account of his engagement with the label. Although subtitled “My Life with Flying Nun Records”, Shepherd's view takes in the surrounding social, geographic,... > Read more 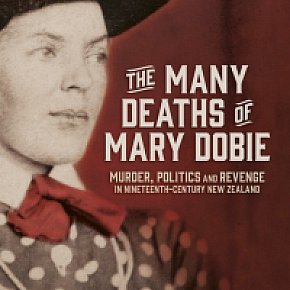 As with many compelling stories – from Truman Capote's In Cold Blood through film-noir – this one begins with a murder. And from it, both backwards and forwards, the narrative unfolds with compelling pace and attention to detail. For this was not just any murder. The killing of the Mary Dobie of the title occurred at the crossroads of cultures in New Zealand in the... > Read more 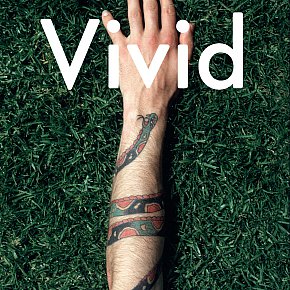 Although Paul Hartigan's art practice has roamed across a number of media and styles — from distinctive representational Pop Art painting through tee-shirt and poster designs to Polaroids and beyond — it is his neon work which is the most familiar to the general public. At the interface of art and commerce, his signs in Auckland for the Las Vegas strip club, the... > Read more 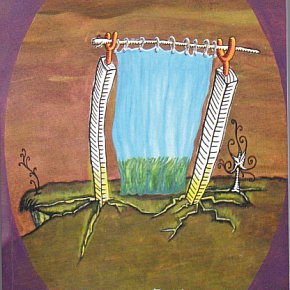 Pity the poets. While musicians bemoan the fall-off in sales, for decades poets have had to accept that selling 200 copies of a collection is actually a pretty good result. Most have to do with considerably less than half of that, unless they have a very big extended family. And in the poetic landscape there are the Big Names whose work can be acclaimed but largely unread (the... > Read more 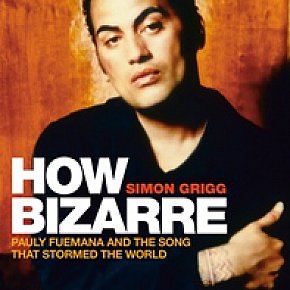 The first time I heard OMC's massive hit How Bizarre outside of New Zealand was in Tokyo, the second time I caught the clip on MTV Europe while I was in an Amsterdam hotel gearing up to go and see Michael Jackson. But the third time was the most interesting. I was in bar in Miami Beach chatting with an out-of-state tourist when How Bizarre came on the screen above us.... > Read more Recently when interviewing Princess Chelsea (aka Chelsea Nikkel), the conversation turned to how cheap is to make and put out music these days. She laughed and said she'd done her album "for nothing" because she'd recorded it at home, and that CDs were cheap to get printed. Vinyl was different of course, but overall it was a fairly inexpensive process. She then, unprompted,... > Read more 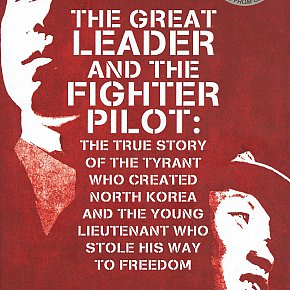 About 15 years ago when I was engaged in some serious journalism of the international political kind, I had lunch with a fellow from Asia 2000, these days known as the Asia New Zealand Foundation. They had assisted me in travel to Japan, Taiwan and South Korea – financially, opening political and economic doors to get interviews – and over (Chinese) yum cha I brought up... > Read more When Lou Reed – who is being inducted into the Rock and Roll Hall of Fame next year alongside Joan Jett, Ringo Starr and others – died in October 2013, there were the inevitable potboiler books attempting to sum up the man, his music and motivations. But the book to wait for was always going to be this one by Bockris, the “poet of the New York underground”... > Read more 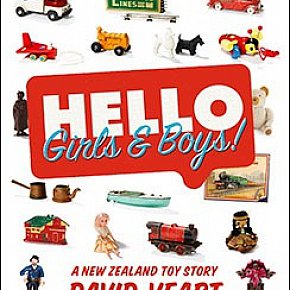 This Wednesday at Art+Object in Auckland there is an auction of vintage toys. These aren't Star Trek collectibles still in their plastic wrappers, but much loved and played-with toys from the Twenties to the Sixties. So among them will be famous brands like New Zealand's own Fun Ho! alongside Dinky from Britain and toys from Germany . . . and of course, “Boy oh boy! A Lincoln... > Read more 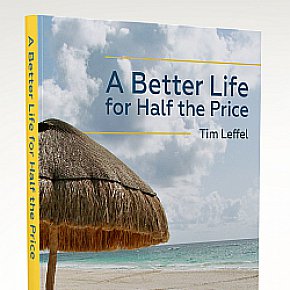 Those of us living in one of the most expensive cities in the world – that would be Auckland, New Zealand – are invariably drawn to those television programmes on the lifestyle or travel channels where people go looking for homes overseas. That's where you see a solid, five bedroom brick home with excellent plumbing on the... > Read more 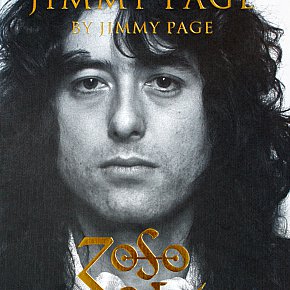 Ever since his death in 1970, there's been speculation as to what direction Jimi Hendrix might have gone in had he lived. For every opinion saying he'd have got into jazz fusion (maybe with Miles Davis who at the last minute had pulled out of scheduled sessions) there's the view he would have got into politicised funk-rock to capture the increasingly volatile times. He might have... > Read more 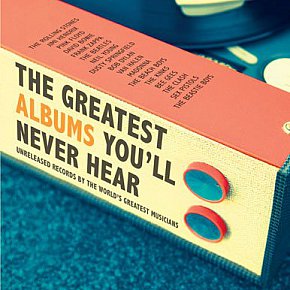 Rock culture is littered with albums which were never released (either at the insistence of the artist or the record company), sidelined in favour of other projects or simply existed in the world of rumour. There have also been albums released which were not what people initially believed they were: Canadian band Klaatu for example who got a long way when people thought they were the... > Read more 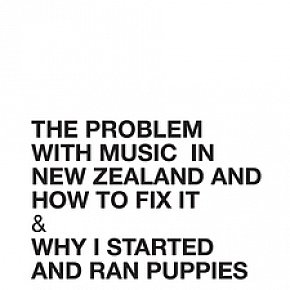 The memory is indelible. It was the early Nineties and there was a local band I wanted to see play at a bar in Auckland. After work I went home, ate, muddled about and went to the venue at 10.30pm. There was a drum kit set up and guitars in place. But no band. About 11.15 two guitarists arrived and went to the bar where they chatted with friends and had a couple of... > Read more 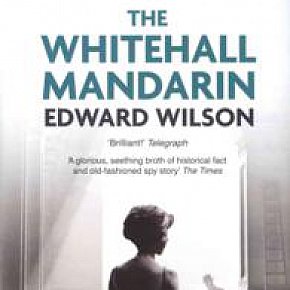 Consider how ripe the political pickings of the late 50s and early 60s are for anyone writing a spy thriller. There is cigar-chomping Castro in Cuba helming a people's revolution, the young and sexually voracious JFK in the White House as the Bay of Pigs and missile crisis swirl around him, Vietnam as a war zone is hotting up and US military advisors are flying... > Read more Because media baron Robert Murdoch is such a polarising figure – from a bottom-feeder driving down news content to the lowest common denominator to “Rupert is magnificent” from Margaret Thatcher -- the subtitle here is canny. Few at either end of the spectrum want their firmly held prejudice about this man tested by a reassessment of his character and works. Yet... > Read more 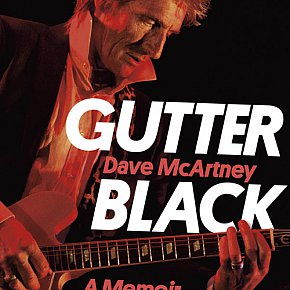 A few years ago when I was in Australia interviewing the re-formed Cold Chisel, I took a chance afterwards to talk with their songwriter Don Walker, who had written an exceptional, literary and darkly poetic memoir, Shots. I wanted to ask him about something which had been troubling me quietly for a number of years: Why was it that so many Australian songwriters – Paul Kelly,... > Read more Consider the plight of a hard-pressed writer commissioned to do the biography of an old, famous living author. Then think how much more difficult it would be if the manipulative author has invited the commission to confirm his legacy and status, his young wife is controlling to ensure an income after her husband's death, and the publisher wants plenty of scandal (which is there) to... > Read more 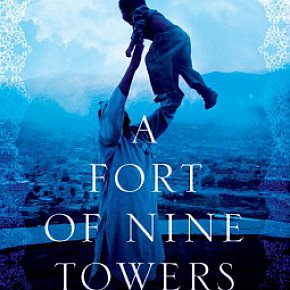 In an age when shaky images from phone cameras and newspaper reports cite Facebook comments or tweets as a substitute for news – that famous “first draft of history” as it was once known – this remarkably plain-spoken and often unflinching memoir comes as a rare combination of reportage, witness to history, family story and national tragedy. When mujahideen... > Read more 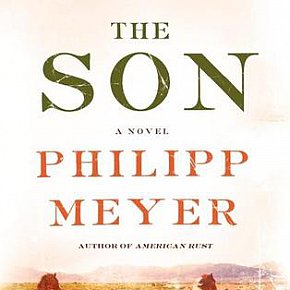 When the Comanche raiding party came to their Texas homestead, they stole the horses, raped and killed his mother and younger sister before his eyes, then dragged the young Eli and his older brother Martin away as slaves. Over the following days the boys were beaten, starved and beaten again on a forced march back the warriors' lands, but after days of abuse Martin, poetic and... > Read more