When Colin McCahon went to Sydney in 1984 to attend an exhibition of his work the attritions of alcoholism and that intensely personal religiosity he explored had taken their toll. He had given up any meaningful painting two years previous and was just three year short of death at age 67. In a bizarre but telling incident, he went into a toilet block in the Botanic Gardens and seemingly... > Read more 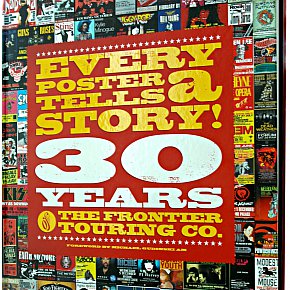 Many people who have grown up in the rock era have band posters knocking about the house. Some of these are artistic (my framed one of Big Brother and the Holding Company with Moby Grape in San Francisco in '68) and some aren't that special but evoke a particular memory (mine of John Cale at the Gluepot in September '83). Posters can speak of an era -- compare brightly coloured late Sixties... > Read more At a first glance this lavishly illustrated and beautifully presented book -- with dozens of relevant, interesting and never before seen photos of the bands, and of period-piece memorabilia, movie posters and the like -- looks fairly lightweight. But fun. A quick read and you've got it: the two authors posit a rivalry between these two bands and in a series of themed conversations --... > Read more 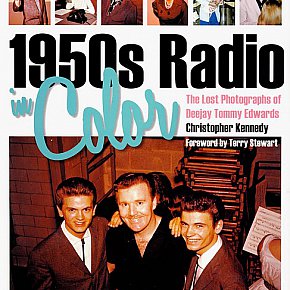 Cleveland, Ohio has a formidable reputation as a rock'n'roll city -- today it is the home of the Rock And Roll Hall of Fame and Museum -- but you'd have to guess there was more to it than just that old adage about "something in the water". Back in the Fifties there, as everywhere, the emerging musical culture was fed by radio, notably Alan Freed who kick-started rock'n'roll.... > Read more 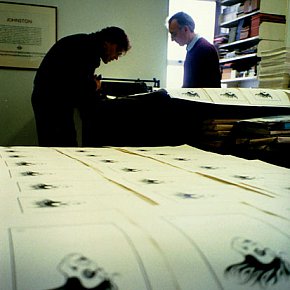 As these two slim, hand-printed, limited edition volumes confirm, the necessaries of the poetic writer are observation and considered contemplation, and the words are vehicles which realise them. And for the photographer, close observation and an eye that edits intuitively come before the shutter opens and closes. Writer, poet and curator O'Brien has had a two decade-long association... > Read more 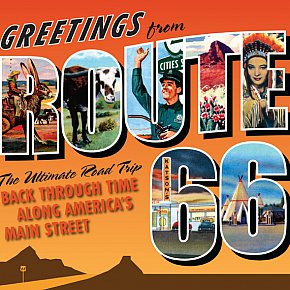 When, in 1946, Bobby Troup wrote what became his classic song Route 66, he could hardly have anticipated how popular it would become. After all, he'd really only written a few words and the hook (“get your kicks on Route 66”, which may have been his wife's suggestion) and after that he just filled the song up with the place names like Amarillo, Gallup, Flagstaff in Arizona... > Read more As with many of his generation, American president Franklin D. Roosevelt had been taken by the idea of “Shangri-La”, that tolerant refuge from a troubled world James Hilton had written about in his 1933 novel Lost Horizon and which Frank Capra had adapted four years later for his enormously popular film of the same name, released as the world was tumbling towards another great... > Read more In the introduction to Stranded in Paradise, his 1987 survey of New Zealand rock'n'roll from 1955, John Dix addressed the question he had been constantly asked, “What's happening with the book, Dix?” Doubtless Chris Bourke – a former Rip It Up editor, longtime music writer and author of the Crowded House biography Something So Strong – faced the same question... > Read more Rock critic, writer and most recently university lecturer Jim DeRogatis doesn't pull his punches, but keeps a sense of humour, about his music and its stars. With Gregg Kot, he has hosted Sound Opinions on Chicago Public Radio since '99 (“the world's only rock'n'roll talk show”) and they banter about fallen heroes, overlooked albums, overrated classics and discover... > Read more 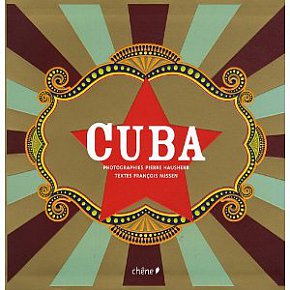 With the geriatric Fidel Castro literally shuffling off the stage leaving it to his brother Raul and a cadre of elders, these look like the end days of the Cuba which has existed in proud but imposed Leftist isolation and has stared down an American trade and cultural boycott for decades. This has come at a price for Cubans who enjoy high literacy and endure poor living standards, but also... > Read more When he died, Time ran an eight-page tribute and put him on the cover with a simple tag-line: “Francis Albert Sinatra 1915 – 1998”. They might have added “The Voice”, “Old Blue Eyes”, “He Did It His Way” or some other catch-phrase, but none could have encompassed the complexity of Frank Sinatra's life, to some a decadent symbol... > Read more 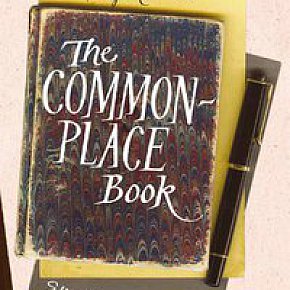 Some years ago I was walking down Queen St in central Auckland and stopped outside the Body Shop. There, along an exterior wall, was written one of those thought-provoking and inspirational quotes which are designed to prod the conscience, in this instance about the fragility of Mother Earth. Or maybe it wasn't a quote. It was in quotation marks, but is an unattributed quote still... > Read more 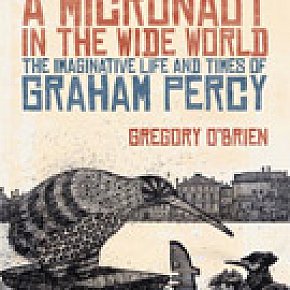 Perhaps because he is a poet and curator, Gregory O'Brien here approaches the life of the New Zealand-born artist Graham Percy with an eye for subtle (and sometimes strong) artistic connections more than strict chronology. And this is a fitting approach to an artist whose work slipped easily between many styles and practices, from typography and moody ink drawings, to bright... > Read more

While it seems to be going too far to suggest, as the reviewer of Radio NZ National did, that these "one-liners, poems, lyrics and tales" are "reminiscent of Cohen's mid-career poetry and writings" they are certainly more than merely diverting. The writer -- Ruth Carr of the band Minuit -- has some snappy aphorisms, odd and dark poems and some very refined writing.... > Read more Writer Michael Gray is not backward about coming forward: he includes an entry on himself in this massive tome published in 2006 which is alternately illuminating, absurdly amusing, opinionated or a trainspotter’s delight depending on which of the more than 2000 entries you pick. The author of the seminal Song and Dance Man study of Dylan and his lyrics published the mid 70s (updated... > Read more One of the many funny lines in the profanity-strewn satirical film In the Loop came from the character Jamie Macdonald, the senior press officer in 10 Downing Street and the “angriest man in Scotland”. On hearing opera he bellowed, “It's just vowels! Subsidised, foreign fucking vowels!” The New Yorker music critic Alex Ross – author of the insightful... > Read more 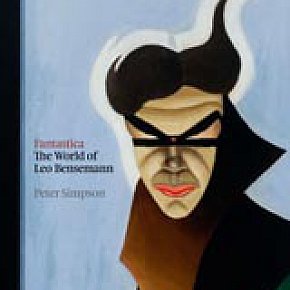 Shortly after Leo Bensemann's death in January 1986, Dennis Donovan wrote a tribute to him in Landfall, the magazine which the artist and graphic designer had long been associated with, and which he also edited for a period. Donovan's tribute was generous (“more than a genius – he was also a scholar, a learned man”) but focused only on Bensemann's graphic arts and his... > Read more 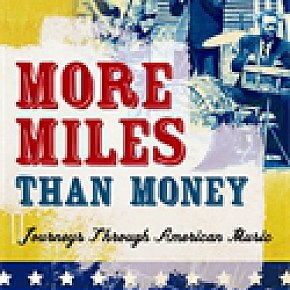 Writing about music is a sedentary affair today: CDs are reviewed at home, and artists are interviewed by phone, in a comfortable hotel or their record company office. Latterly, to my regret, it has been like that for me -- but not so for Cartwright whose previous book Princes Amongst Men saw him on the road in some bad and strange parts of Eastern Europe on the trail of various gypsy... > Read more When Time magazine declared then New York City mayor Rudy Giuliani its "person of the year" for 2001 -- over Osama Bin Laden who, like it or not, appeared to have made a greater impact -- and Oprah's dubbed him "America's Mayor", you could reasonably feel the Big Apple had become the centre of the known universe. Certainly in the latter half of the past century... > Read more 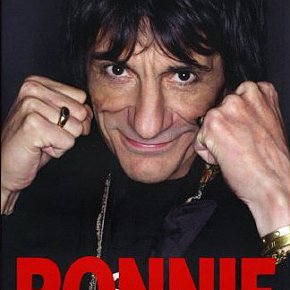 This too slight, slightly self-justifying, frequently honest and altogether typically disappointing rock autobiography has taken on much more meaning since its 2008 publication, especially with Ronnie's new solo album in late 2010. In the closing chapters here especially he spends a lot of time proffesing his love for his wife Jo, how she rescued him, is his rock, how he is content as a... > Read more