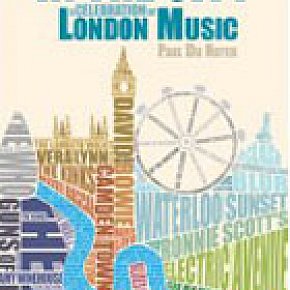 Some cities are shaped and defined by their soundtrack: Salzburg and Mozart; Liverpool and the Beatles; Seattle and Nirvana . . .   But you don't envy anyone undertaking the task of writing about the music of London given the city's long musical history and its exceptional diversity. Is there a link between the barrow boys of the East End and the Small Faces, between Noel Coward and... > Read more 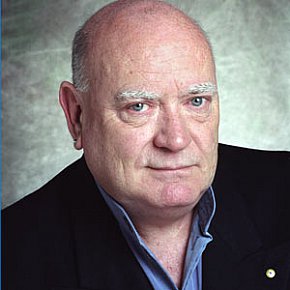 It would be a fair guess to say Michael Chugg has been at more shows than any musician you can name. Because when musicians take a break Chugg is at another show. Not that he actually sits down and sees them, as a promoter he's more likely to be backstage somewhere or, as at Gorillaz last year, just popping out to stand at the side of the stage for 10 minutes. Chugg –... > Read more 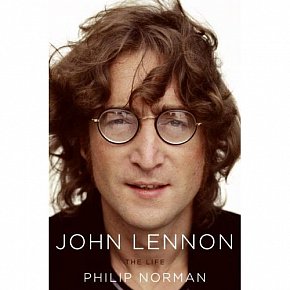 John Lennon -- who would have been 68, had he lived, at the time of this pubication -- did not have an unexamined life. In countless hours of drugs, meditation and therapy he analysed himself. Through many thousands of interviews -- some brutally honest, others self-mythologising -- he gave others material to scrutinise his life in intimate detail. He has been central in books by his... > Read more 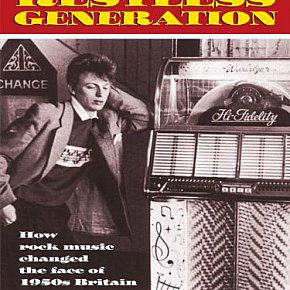 There is a widely held view, especially amongst those who came of age in the Sixties, that nothing much happened in British music before the Beatles. Yes, there was Cliff Richard and the Shadows, and a few names like Marty Wilde and Billy Fury, and of course the Lonnie Donegan skiffle phase which lead into Tommy Steele . . . but really that was about it. Rock writer Frame -- well known... > Read more 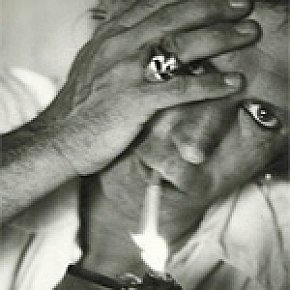 Most reviews of this frequently funny, sometimes insightful and too often rambling autobiography -- Keith + tape recorder + ghost writer Fox -- have concentrated on the obvious: the sniping at Mick Jagger which occurs a little in the first three-quarters but reaches a peak in the final throes where the autobiography/chronological account runs out. Yes, he says Mick has a small todger, can... > Read more

Keith Richards: Make No Mistake (from Talk is Cheap, 1988)

Alongside Alan Broadbent, Mike Nock has been New Zealand's most successful and visible jazz export. Like composer/pianist and Grammy-magnet Broadbent, Nock was lost to the country early. Both men won Downbeat scholarships to Berklee and were there before they were 21, Broadbent having played the clubs of Auckland and Nock by a rather more circuitous route. Nock -- born in Christchurch... > Read more 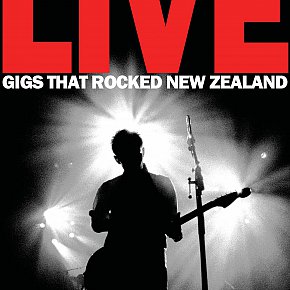 At a recent Paul Weller gig at the Powerstation -- me with a wide smile, it was thrilling -- I was reminded again just how many great concerts it has been my pleasure to have been at, and the collective power of music to bring people together for a shared experience. There are many of us who count milestones in our lives which have a great soundtrack: concerts by Bob Marley, Bowie, the... > Read more 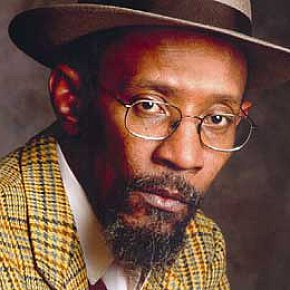 They were the happiest days of my life, the poet recalls as he sits in winter-blown London."I was born in a little town called Chapelton in rural Jamaica," he says with what could pass for wistfulness. "My parents were peasant farmers and my mother went to live in Kingston and eventually came here. During that time I stayed with my grandmother. I loved the country living. We... > Read more 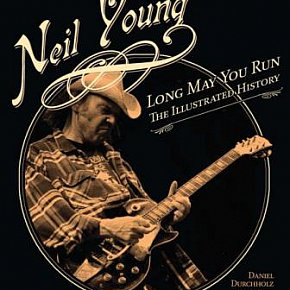 Neil Young has hardly been short on books covering just about every aspect of his life: there have been biographies, his dad wrote a book about their relationship,  there is the collection of articles from the files of Rolling Stone . . . And the man has often beeen autobiographical in song. But this beautifully presented, full colour, 225 page hardback -- with exceptional photos,... > Read more 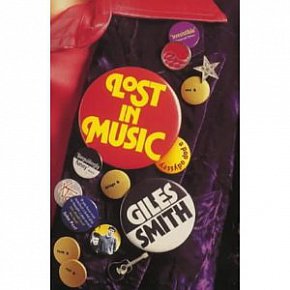 Pop obsession can be tragic stuff: those long days in record shops searching for an obscure Flock of Seagulls 12-inch; the nights spent putting all your albums into alphabetical order (do solo projects by Roddy Frame go with Aztec Camera or get their own space?); the decisions to be made when moving in with someone (do you pool your records and trade in the duplicates? And if so, whose... > Read more 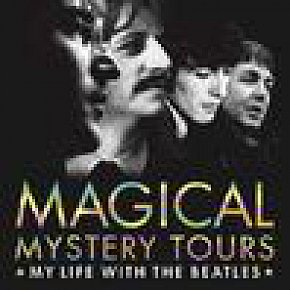 Tony Bramwell -- who sounds like great man to have a martini with -- has had an extrordinary life, and not just because he was a childhood friend of the Beatles, became their manager Brian Epstein's off-sider, and -- as their road manager and CEO of Apple Records and Films -- was one of a small inner sanctum around the band until they went their separate ways. His extraordinary life... > Read more 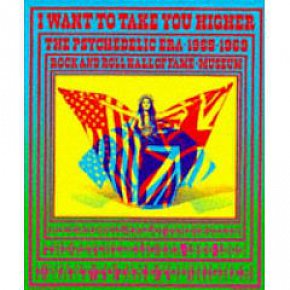 Somewhere among my old photographs at home is one of me standing beside John Lennon’s psychedelic Rolls Royce. It was London in late ‘69 and -- aside from revealing the embarrassing affectation of a black cape -- it‘s most interesting for what is in the background: a Morris Minor of the kind that was considerably more common than Rollers painted like gypsy caravans. It all... > Read more 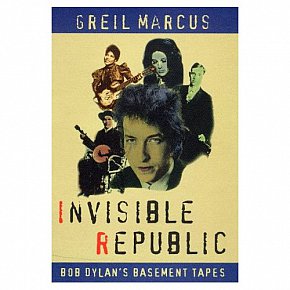 When Bob Dylan skidded off his motorcycle in upstate New York in mid-1966, it allowed him an extraordinary career hiatus. Before his accident - which some Dylan bores still insist never happened - he’d been a Woody Guthrie wannabe, a folk troubadour and protest singer. Then, by plugging in an electric guitar and touring with a group which would later become the Band, he turned... > Read more 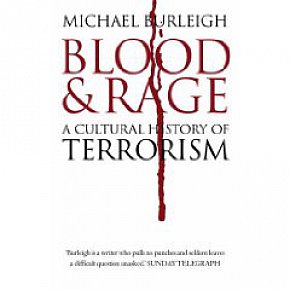 President Barack Obama’s recent speeches directed at the Islamic world – coded or clear – are an obvious attempt to defuse (or perhaps simply diffuse) the flashpoints between the West and the Muslim world. Many argue this overdue hand of friendship and a willingness to engage in dialogue will assuage the current climate of mistrust and fear which has lead to disaffected people... > Read more

Bruce Springsteen: You're Missing (from The Rising, 2002) 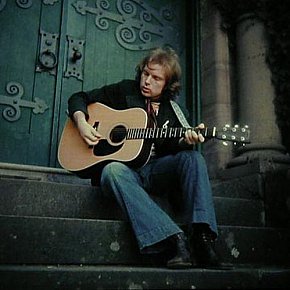 Music writer Marcus is so well ensconced in the pantheon of great rock writers that his books are universally hailed on publication. But this one -- a series of essays on Morrison's music which, confusingly, comes in the same cover photo as another similar Morrison book and appears in the US and UK entitled When That Rough God Goes Riding -- will be more frustrating than illuminating for... > Read more 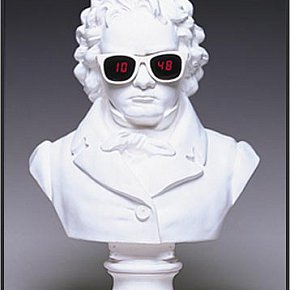 For those who have grown up within rock culture, author Hunter is the courageous advance guard into the world of classical music. A self-confessed addict of popular music who buys rock magazines such as Mojo, Uncut, and Record Collector (and NME although he hides that inside the Guardian so people don’t think he’s a paedophile), the lank-haired and sartorially unfashionable Hunter... > Read more 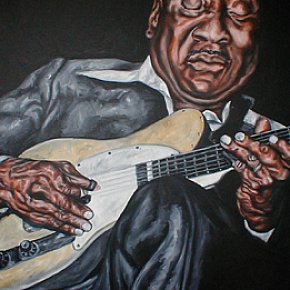 When McKinley Morganfield’s grandmother named him Muddy after the nearby Mississippi and he later took the surname Waters, there seemed something oddly symbolic in it. Here was man who wasn’t born in the year he said he was, claimed a town he wasn’t born in as his birthplace and carried a name he wasn’t born with. These are muddy waters indeed. Yet in that there... > Read more 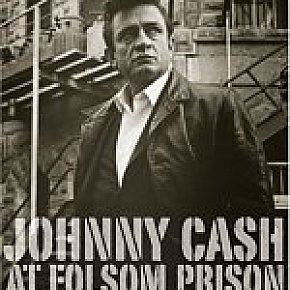 A hip comedy club, New York, late 1980s. The stand-up delivers a one-liner which has the smart set baying: "Does anyone know why Johnny Cash still wears black?"  At the time Cash's career was in one of its periodic lows. In the 90s it would be turned around with the spare and elemental albums under the genre-defining banner American Recordings, and by the time of his death... > Read more 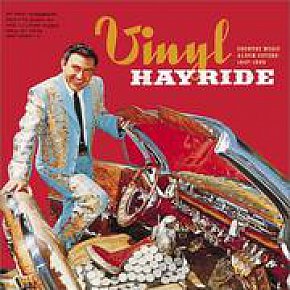 The purest strain of American country music -- not the pop-schlock of Shania Twain or the credible singer-songwriters out of Texas -- bewilders most people. It can be cornball, sentimental, blindly patriotic, hypocritically conservative, and often just plain strange. It is also, to cite Nick Tosche's excellent studies of it, "the biggest music in America" and "the twisted roots... > Read more 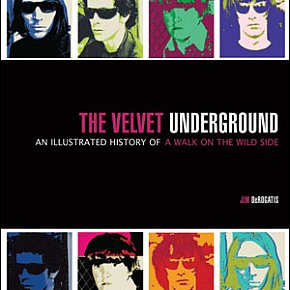 In 1976 the musician/producer and music theorist Brian Eno said to Punk magazine of New York’s the Velvet Underground: “I knew that they were going to be one of the most interesting groups and that there would be a time when it wouldn’t be the Beatles up there and then all these other groups down there. “It would be a question of attempting to assess the relative... > Read more

The Velvet Underground: Venus in Furs