In the 21st century museum of the popular imagination, musty cases and specimens under glass have been replaced by brightly coloured interactive displays, whizz-bang educational sites for youngsters and holograms in place of artifacts. This state-of-the-art museum is noisy and full of life, unlike those ill-lit halls where stooped older people shuffled around, silently peering at fossils... > Read more Although the title phrase here has been appropriated by the corporate world – often as a nod'n'wink euphemism for an obscene and absurdly high contract pay-out – the British literary magazine Granta takes a broader view in this typically interesting, if uneven, collection of 18 new works by established and new writers alike. The most senior is the least of them as 80-year... > Read more 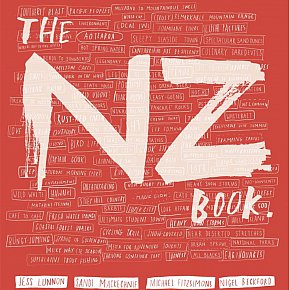 One of the writers of this attractive page-turner has already appeared at Elsewhere, but in a very different capacity. Nigel Beckford was one of the prime movers behind the terrific double CD and book Songs from the Bottom of a Hilltop which was one of our Best of Elsewhere 2010 albums. Then more recently I noted he had also been in the group the heretical group the Inhalers when I pulled... > Read more Reading this well paced and page-turning overview of the Rolling Stones' career, lives and finances, the surprise is not that they have survived 50 years, but that they survived 1968, 1969, 1970, 1971, 1972 . . . For more than a decade from the mid Sixties the Stones diced with death and self destruction, and yet out of that crucible of chaos at concerts, condemnation, drug busts, deaths... > Read more Some patrons of the arts are rewarded with physical legacies: the family name on the wing of a major gallery, a sculpture park, their portraits in public collections . . . Others make do with ephemeral acknowledgement, like Baroness Pannonica de Koenigswarter whose name is written invisibly in the air by a couple of dozen jazz compositions written for her. The Baroness – aka Nica... > Read more Those who are nervous about speaking in public usually have the perfect way out, they simply don't do it. And, for most, the required occasions are mercifully few so the paralysing fear never has to be addressed. But what of those for whom being in the public eye is what they do? What if they are struck with an anxiety attack or stage fright? The more they consider it, the worse the... > Read more Any book of lists with a number in the title perhaps deserves some mathematical anaylsis. So first, the numbers. The 2003 original edition of this book sold three million copies and was number one on the New York Times best seller list. That's impressive -- and it spawned a number of spin-offs, not the least being  Travel Channel series and, more recently, an app. But there are... > Read more Recently, while sitting in airport lounge in Sydney waiting for a flight home, I glanced up from my hardcover book and surveyed the other travelers in my immediate vicinity. Everyone of them – perhaps 40 in total, of all ages from preschoolers to the elderly, from diverse backgrounds and cultures – was on some kind of electronic device. This our world, the one where... > Read more Age has not wearied him -- and nor can it. The little adventurer with a distinctive flick to his forelock, oddly unfashionable plus-fours and rarely a change of clothes, is frozen in time. As he globetrots from the old Orient to the Land of the Pharaohs - and even the Moon - he looks as he ever did. Yet in 2009 he turned 80. However he is with us still -- and suddenly back in the headlines... > Read more The real problem with the story of Aerosmith's five decade career is that -- despite the drugs, decadence, women, partying and internal friction -- it is rather boring. It follows such a familiar story arc: young and hungry band models itself on bad boys like the Rolling Stones, takes drugs, works in clubs, gets contract, makes albums and tours and then straightens up a bit and makes more... > Read more One of the more unusual and least played albums in my collection is Spaceways: A Salute to Ace Frehley from the mid Nineties on which people like Sebastian Bach, Gilby Clarke, Tracii Guns, Dimebag Darrell and others lined up to pay tribute to the original guitarist in Kiss. We say "original" because the Kiss story has seen him sidelined a few times, sometimes at his own volition.... > Read more

Take Me To The City 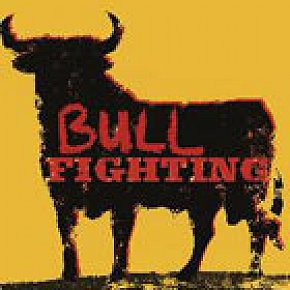 A recent profile of the astonishingly productive British military historian Max Hasting – a few thousand words a day, almost every day it seems – must have come as depressing reading for anyone struggling for years over their first novel, or even just a volume of poetry. If so, then there is more bad news in that Ireland's 53-year old Booker Prize-winning Roddy Doyle has yet... > Read more Open this handsome, cleanly presented, large format book at the midpoint of its 256 colourful pages and you learn much about its contents from just two words. The words are "Blind Faith", the name of the band Eric Clapton formed with drummer Ginger Baker, keyboard player Steve Winwood and bassist/violonist Ric Grech in 1969 and was launched by a debut concert in London's Hyde Park... > Read more Get past the crushingly obvious title and the cheap looking cover, and inside this collection are eight provocative, interesting, idiosyncratic and insightful essays which speak not just of New Zealand's Frank Sargeson but in some instances of how we see ourselves and our writers. You might also need to skip the introduction which begins with the uninviting, “ '23 March 1903,... > Read more Subtitled "Adventures in Food and Music", this substantial book is of reminiscences and vegetarian recipes gathered on a two month European tour by New Zealand singer-songwriter Flip Grater, and it follows her previous smilar volume of journeys playing and eating her way around New Zealand . . . playing and eating delicately we might hastily add. This also comes with a five-song... > Read more Science is a problem for mainstream media. It isn't sexy, usually can't be reduced to a snappy headline or soundbite, progress is glacially slow in a fast-turnaround world, there are too many big words, and its practitioners are often more at home in the lab than blinking into the light of the public domain. Science takes its time. Darwin didn't exactly bolt into print with his... > Read more If the Beatles were the greatest songwriters since Schubert as William Mann, the chief music critic of The Times, once asserted (in the very early Sixties, they got better) then what is to be said about the Bee Gees? Brian Wilson's comment that they were "Britain's first family of harmony" when inducting them into the Rock and Roll Hall of Fame hardly seems adequate. That was just... > Read more When the Australian writer Arnold Zable read Primo Levi's reference to “the eloquent episode” in prose he recognised immediately what was meant. His own short pieces, fiction and non-fiction, frequently have a memorable incident as an emotional or structural pivot. In each story of his non-fiction collection Violin Lessons – which reaches from experiences in Vietnam... > Read more As with many of my acquaintance, when I heard of Amy Winehouse's death it was with mixed emotions: a gloomy sense of the inevitability of it, sadness and then anger. That weird anger we reserve for those who have committed suicide or gone out in the manner of so many talented people, before their time and by their own actions. Winehouse was too talented to go from us so soon. Billie... > Read more

Love is a Losing Game (demo) 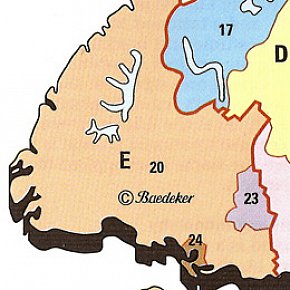 There are a number of big and ambitious books about New Zealand popular music (like Chris Bourke's Blue Smoke and John Dix's Stranded in Paradise) and then there are others which are smaller and more focused in their subject matter, like Roger Watkins' When Rock Got Rolling: The Wellington Scene 1958-70. But this book about music in Southland up to 2005 is a bit of both: it is focused into... > Read more