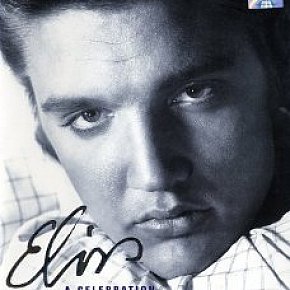 In a recent interview with Elsewhere, Memphis author Robert Gordon, who has often written on Elvis Presley, had a smart rejoinder when asked if the King might not become like Marilyn Monroe, an icon better known for his image than what he did. "Well, Marilyn Monroe didn't have the Sun sessions," he said, referring to those classic rock'n'roll sessions of '54. But Gordon also... > Read more With the second volume of Peter Guralnick’s definitive two-part biography of Elvis, Careless Love: The Unmaking of Elvis Presley there would seem little reason to be interested in this more modest paperback subtitled with blunt literalism The Life and Death of Elvis Presley. However, Brown and Broeske have done their homework and cite numerous personal interviews with major... > Read more

For many Pink Floyd fans the name of photographer/designer Storm Thorgerson conjures up an image of some Scandinavian psychedelic traveller, hair blowing in the breeze as he traverses landscapes of the subconscious and alights on startlingly personal visions which then become public proprerty. Thorgerson is the man with a mainline to the images which have long been associated with this... > Read more In one of those excellent but buried television programmes, various photographers who were in the Vietnam killing zones told of the stories behind some of those images imprinted on the collective memory of a generation. That shot of the young girl running down the road, her back on fire from napalm? It was initially rejected because it showed frontal nudity. The policeman... > Read more 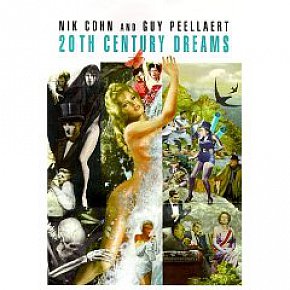 Max Vail was an extraordinary character. Part-Zelig and part-Chauncey Gardiner, he was seen in the company of the great and famous throughout last century. He counted among his friends Andy Warhol, John Lennon, Rudolph Nureyev, Truman Capote and all the important Kennedys. His funeral in 2000 - he died at age 100, his life spanning the century that he somehow defined -- was attended by... > Read more

The thrilling air adventure of Biggles in World War One flew pretty close to reality. Take the case of the Belgian aerial observer whose balloon shared the skies with glue-and-matchstick flying machines flown by heroic young adventurers. His balloon caught fire and he slid back to earth 3000 feet down the steel mooring cable -- and lived. William Earle Johns, creator of the legendary... > Read more 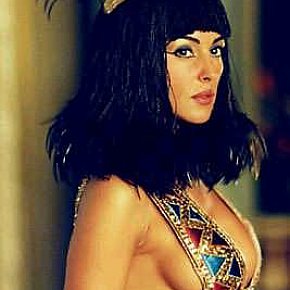 It seems curious that Madonna, who has had the unerring instinct to reinvent herself in the image and iconography of others (yesterday Marlene, today Marilyn) has never – at least not yet – alighted on Cleopatra for inspiration and a new dress code. Here, at least in myth, is a wannabe seductress and style-setter for the modern era. The life of a steamy... > Read more The first time I went to Las Vegas it tricked me, and I enjoyed it. In some kitsch casino my partner and I descended a floor or two underground to a street made up to look like a New York City block. We went into an Italian restaurant which had a nice patio facing the street and I turned to her and said, "You want to sit inside or outside?" "Outside"? Underground?... > Read more 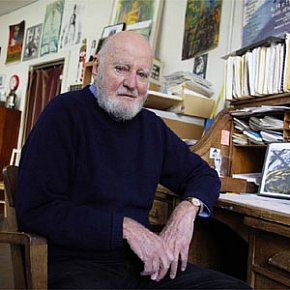 Lawrence Ferlinghetti sounds in feisty spirit. Indeed, my call to his famous City Lights bookshop in San Francisco finds the 81-year-old deeply irritated, if not to say downright angry.It's all because of the recently released album of him reading selections from his poem, A Coney Island of the Mind, his 42-year-old poetic meditation which has been translated into nine languages.No, he wasn't... > Read more 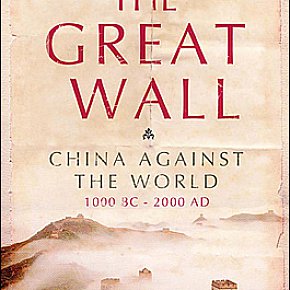 When Richard Nixon stood on a segment of China’s famous wall in 1972 he announced, “This is a great wall and it had to be built by great people” the anti-Communist American president was playing the diplomacy game on his break-through mission. But he was wrong on a number of counts. He had fallen for the widespread notion of a “great wall” when there are many... > Read more 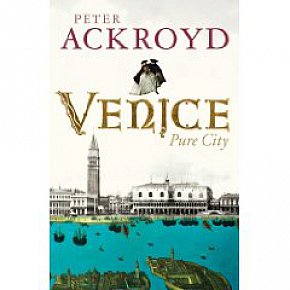 If you had been in Venice last year and gone to see the elegant Bridge of Sighs you would have had an unpleasant surprise. This passage between the Doge’s palace and the prison -- those taken to the clanger would, at the very least, sigh -- was itself a prisoner of the 21st century. It was surrounded by huge covers over the surrounding buildings which were undergoing renovation, and... > Read more 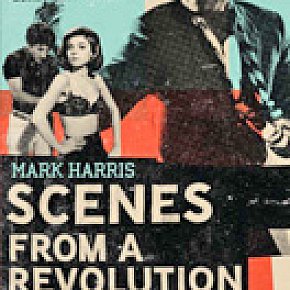 That film is a collaborative art is accepted, but it can also be a war of attrition where inflated egos collide at the interface of culture and commerce. And in Hollywood where the stakes -- money, careers, egos -- are bigger, and can disproportionately rise or fall dramatically with any project, then the stories from behind the scenes can be outrageous. Peter Biskin's Easy Riders,... > Read more 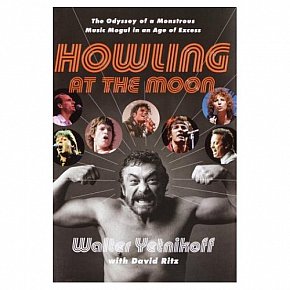 Yetnikoff, former head of CBS Records who helmed the company's sale to Sony, tells a racy, drug-fuelled story of 70s and 80s excess, fame and fantasy. He opens by describing sex with Jackie Onassis (it's a dream, but he is to meet her later that day to talk about him writing a book of his mad life) and then his day really begins. There are vodkas, snacks of cocaine and marijuana, a... > Read more 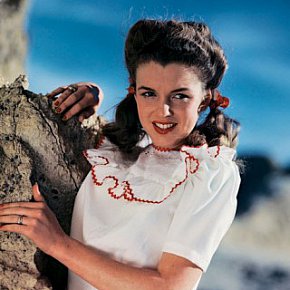 For those who came of age after her death, Marilyn Monroe belongs to that generation of American males whose idea of cool was smoking a pipe and reading Playboy. That seems pretty tame to those who grew up with designer drugs and Hustler -- so Marilyn is merely a frozen image from a safer era of the sexual revolution. The mystique of Marilyn -- as with the genuinely famous, a... > Read more 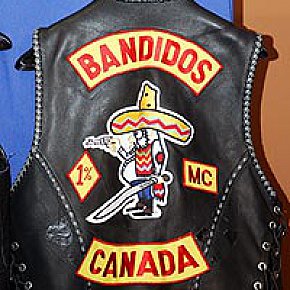 When Hunter S Thompson spent a year in the mid Sixties riding with the Hells Angels to emerge with his book Hells Angels: The Strange and Terrible Saga of Outlaw Motorcycle Gangs, he ushered in the era of "New Journalism" (in which the author is part of the story). For his heroism under violent circumstances, Thompson became the writer that many journalists wanted to be -- but... > Read more 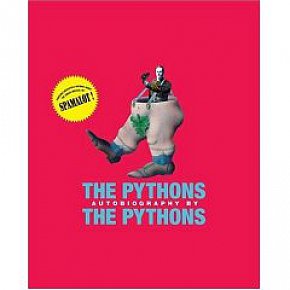 The shadow of the Beatles is cast long over Monty Python's Flying Circus. The late George Harrison always said he felt something of the band's spirit passed to Monty Python, which appeared on television as the Beatles were breaking up, and Paul McCartney would stop recording to watch the show. Harrison later underwrote the Pythons' Life of Brian feature film (using his home as collateral)... > Read more 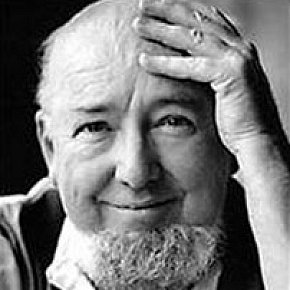 To put it bluntly, Sarah Whitelam didn't muck around. The day after John Nicol sailed off for Britain – the man with whom she'd had child and promised to remain true to in the days before his departure – she recovered from her disappointment and married the convict John Walsh. These were very different times – the colony of Sydney in 1790, just two years after the... > Read more 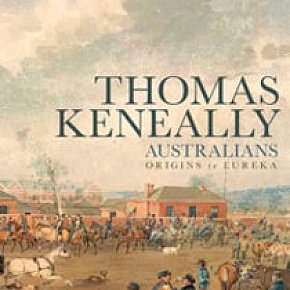 Among the many peculiarities in this wrinkled history of the Australian people -- from pre-European times through the First Fleet and up to the Eureka Stockade -- is that one of the first strikes in the fledgling colony was by Indian "coolies" who had been imported in the 1830s to be what was in fact, slave labour. These truculent Indians wouldn't tolerate the irregularity of... > Read more 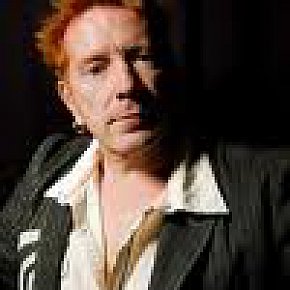 “With the Sex Pistols we were hated, absolutely despised. There was no audience there at all to any great extent. We sold a few records in a small banana republic called Britain.” – John Lydon John Lydon -- better known as the sneering Sex Pistols frontman Johnny Rotten -- enjoys lying. He says as much in his rambling anecdotal and opinionated autobiography.... > Read more

Sex Pistols: God Save the Queen

One of the more mindlessly amusing one-liners about the Sixties says that if you remember them t.hen you weren’t there. Duh. That sitcom aphorism reduces the decade to flakiness and drugs, and bears no serious scrutiny at all. By rule-of-thumb and common consensus, what are loosely called the Sixties are the five years between She Loves You and Woodstock, a period which witnessed... > Read more