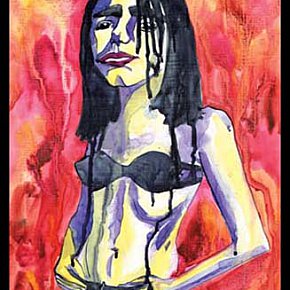 It‘s the day before their 2001 Big Day Out appearance and Polly Jean Harvey and her band are in the Playground rehearsal rooms in Newton. They are running through a real-time rehearsal of their set which is being timed to the second. They have 55 minutes on stage and Harvey wrote out the song list in the van on the way here only an hour ago. It‘s the first time they‘ve... > Read more 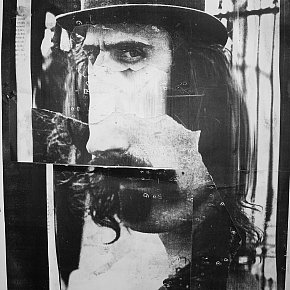 “Frank was my Elvis. His example encouraged me, made me feel it was okay to go my own way, to not do the things the way the authorities told me to. As soon as Bart is able to shave he’ll have a little moustache and goatee just like Frank Zappa’s.” -- Matt (The Simpsons) Groening “Frank Zappa was the most untalented bore who ever lived” -- Lou... > Read more Somehow it seemed inevitable that an English musician would talk about clothes. These people work in a world where a photo shoot can be as important as the album of the moment. And right now with the 70s revival, bell-bottoms, chokers and an Afro are being analysed as “cultural signifiers.” Every music has its own pair of trousers. So hello Damon Albarn of Blur, gorra new... > Read more

Blur: There's No Other Way 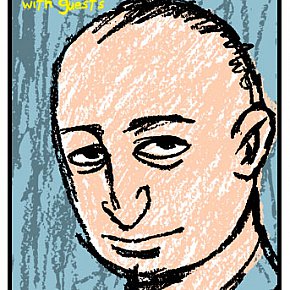 Bob Mould outlines a few of the projects he’s been involved in recently and then laughs: “See, that’s what happens when you quit your band – you get to do all the fun stuff.” As a member of the power trio Husker Du (“along with REM, the most influential rock band of the 80s,” according to Bleddyn Butcher in NME), Mould crafted some of the most... > Read more About the time Bob Mould, formerly of Husker Du, was telling NME he’d seen Richard Thompson performing and felt so scared he should quit, Thompson himself was once again carting his band through tiny venues in the stages and Canada. This was the man Mat Snow in Q magazine said had “spent 20 eventful years lapping up critical acclaim while neatly sidestepping commercial... > Read more 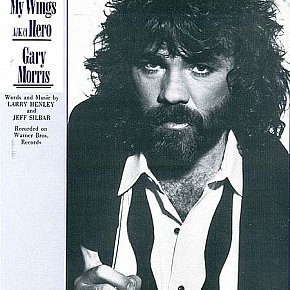 On this slightly hung-over weekday morning Larry Henley doesn’t look the kind of man whose words have touched a generation. He speaks with a quiet, modest and slow-drag Texas accent and seems too self-effacing for someone whose song lyrics have been recited at funerals and marriages, during intimate moments by way of love or apology, and which have spawned innumerable lesser... > Read more 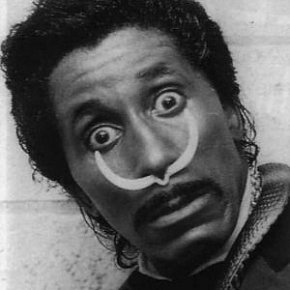 The man on the phone with the curiously quiet voice gently sets the record straight quite quickly. He’s never considered himself a singer he says. But after 35 years of making records and giving the world one of the most outrageous stage shows ever, then what is he? “I’m a big mouthed screamin’ man who uses a lot of flamboyance in his shows,” he says seriously.... > Read more 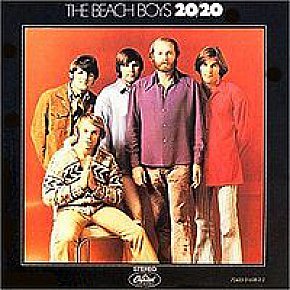 Without wishing to appear nasty, it has to be said some people outlive their artistic viability. They exist in the present, but actually live in the past. If chief Beach Boy Brian Wilson had died in 1970 we would still hail him as a genius on the basis of Pet Sounds . . . and would speculate on what other greatness he might have achieved. But let's be brutally frank: Brian's... > Read more 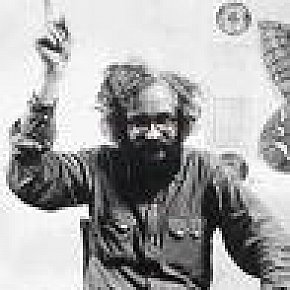 In 1952, the 29-year old Harry Smith -- an archivist and film-maker whose innovative work bears comparison with the genius of Elsewhere favourite Norman McLaren -- selected 84 songs from his collection of thousands of fragile 78rpm discs and -- through Moses Asch of Folkways Records -- released them as three double albums on the then-new LP format. Those albums -- of folk, blues,... > Read more 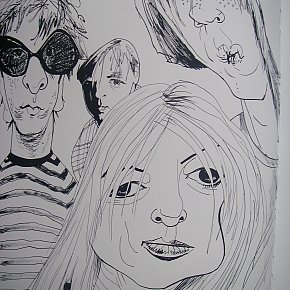 So, here’s a poser. What’s the link between The Carpenters’ vapid saccharine pop and the abrasive guitar pop grind of Sonic Youth? The correct answer, of course, is “who cares?” There is a link, however. In the same week as Sonic Youth’s Goo album -- which includes Tunic (Song For Karen) – was released here The Carpenters’ Greatest Hits was... > Read more 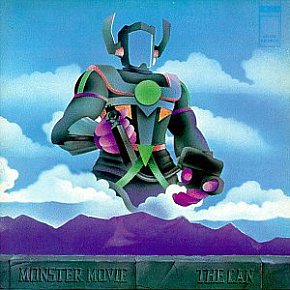 By definition most people miss cult acts. And to their tuned-in loyalists that makes them even more special. There is nothing like the whiff of martyrdom, or being ignored or misunderstood, to elevate a musician’s reputation among the faithful. Like most people, I missed Can in the late 60s/early 70s. No matter, the albums are out there. Again. Can’s credentials as... > Read more 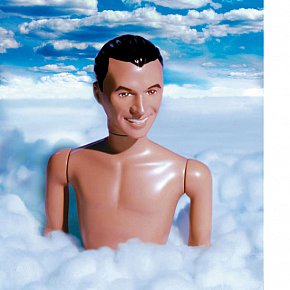 The two years before his 2004-05 tour were hectic for David Byrne, former frontman for Talking Heads and a multimedia artist with almost a dozen solo albums to his credit. He lived in Scotland while working on the soundtrack to Young Adam, quit as head of the world music label Luaka Bop he founded in 1990, split with his wife, and was been involved in many art projects, including one using the... > Read more 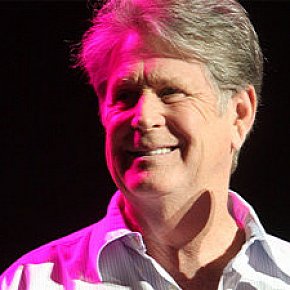 You don't so much interview former-Beach Boy Brian Wilson as ask a question and hope for the best. His answers may be a single word or something abrupt and unhelpful or, if he mishears as he sometimes does, a reply to a question you didn't even ask. It may be that the curtness comes from him not suffering fools, but asking a lengthy question which gets a one word response, a flat... > Read more 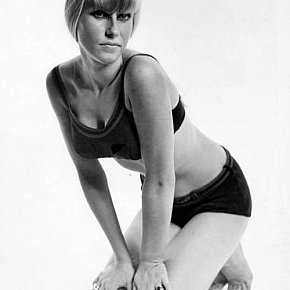 New Zealand pop culture harbours few mysteries, but the disappearance of Sandy Edmonds on the cusp of the 70s is certainly one. Before she vanished the striking, lens-engaging singer -- long honey-blonde hair, sensuous teen-sullen pout and wide-eyed dolly-bird expression -- had been dominant in the music scene since the mid-60s. In 67 she had a 26-week residency on C‘Mon -- the... > Read more 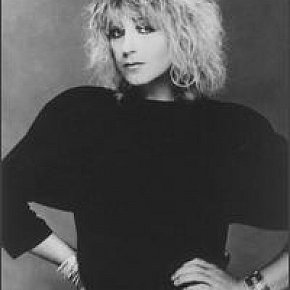 Fleetwood Mac were always a band which exploded from within. Drag out Peter Frame’s Rock Family Trees book from 1979 and check out how many incarnations there had been since July 1967, when Mick Fleetwood, Peter Green, John McVie and a couple of others first launched a band bearing that name. In less than a decade the band went through 10 separate line-ups. Over the years, McVie... > Read more 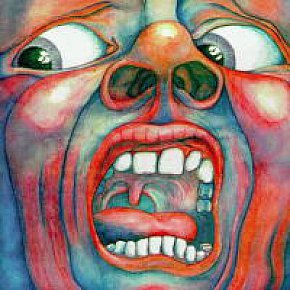 A true story from the battleground of fun: a few fortyjust wags finishing last bottles when someone mentions an album title which reduces the gathering to choking laughter for a good two minutes. As someone observed later, “it’s some album when just the title breaks you up.” True – but the album in question wasn’t actually that bad. “Their finest so... > Read more 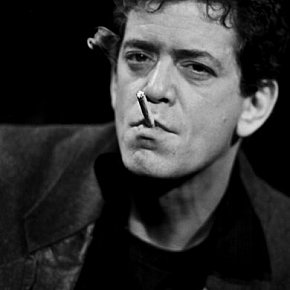 Think about it, Lou Reed shouldn’t be here in 1989. Scan his background and the death vultures were wheeling from the first time he came through with the Velvet Underground. But all right, he’s here -- and should we still care? Face it, his albums in the 80s have been pretty uneven, some just simply bad. And yes, the granddaddy of punk now appears in American Express... > Read more 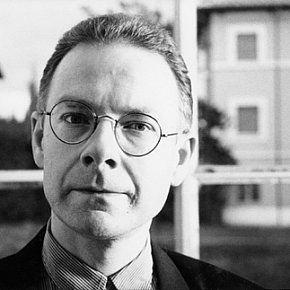 The only sound in this small foyer is a huge fly buzzing monotonously and occasionally slapping itself into the windows. Peter, one of the guitarists studying at this retreat in Howick whispers “are you the journalist?” and our conversation is carried out in hushed voices so as not to disturb the 20 or so people in the room next door. Their shoes lie around the floor, and beyond... > Read more 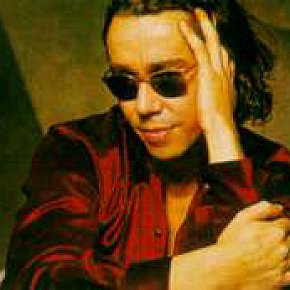 For a few smoke-filled seconds Karl Wallinger is difficult to see in this small airless room three floors up in suburban London, W10. Then through the haze of his cigarette smoke he emerges like some satiated Cheshire cat. Grinning. This is the day Wallinger has set aside to talk some about the new World Party album Bang!, and as chief Party member who writes, sings, arranges and most often... > Read more