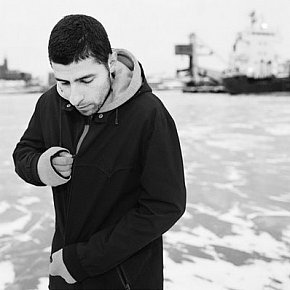 Jose Gonzalez is an interesting series of contradictions: his family is Argentinean but he was born and grew up in Sweden; he played in hardcore bands but has enjoyed huge success with a quiet folksy album; he makes lo-fi music yet has sprung to fame on the back of a memorable telly-ad for cutting edge technology; and he goes untroubled on the streets of his hometown Gothenburg despite being... > Read more 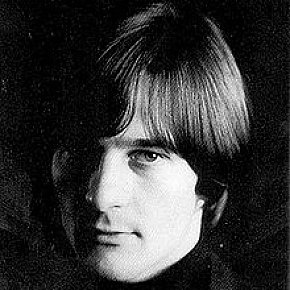 Former Byrd Gene Clark is so famous he's dead and people write songs about him. Well, Teenage Fanclub did on their album Thirteen album and that's a pretty creditable homage. After all, the Fanclub previously modelled themselves on Alex Chilton's cult-hero band Big Star. Gene, you wanna talk muso-cred? You got it, man. You're another dead cult figure. So wave hello and say goodbye.... > Read more

The Byrds: She Don't Care About Time 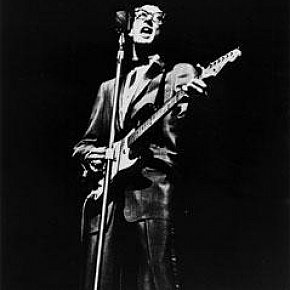 It was 50 years ago, on February 3 1959, that the tail-lights of the red four-seater Beechcraft Bonanza faded into gusty winds over the airport at Mason City in Iowa. Within minutes the single-engine plane had plummeted into the snow-covered cornfields of the thinly-populated countryside. And so it was that America woke up on February 4 to the news that Buddy Holly was dead. He was 22... > Read more 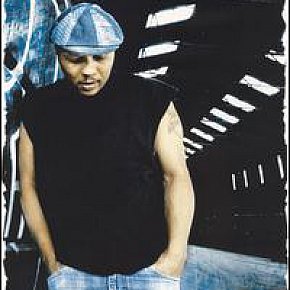 More than four decades after one of the family first scored a hit, and 25 years from the first Neville Brothers album Fiyo on the Bayou, you could almost forgive the brothers Aaron, Art, Charles and Cyril for slowing down a little.  The oldest, keyboardist Art, is 68 and had a close call with death after back surgery in late 2001. And their last album, Valence Street in 1999, despite... > Read more

The Neville Brothers: Ball of Confusion 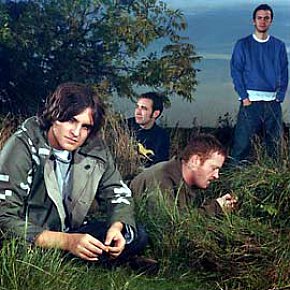 Even after you've taken into account his weariness from jetlag and the stress of meeting a dozen strangers important to his career in the past few hours, James Walsh strikes you as hesitant, quiet and slightly overwhelmed by all that's happening. He keeps his eyes modestly downcast and, for one who has already endured and enjoyed the attention of the Britrock media, he seems wary... > Read more 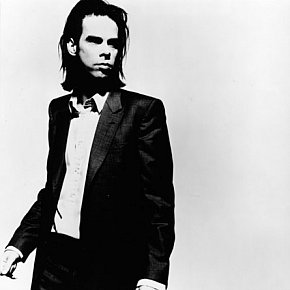 "I went out walking the other day the wind hung wet around my neck my head it rung with screams and groans from the night I spent among her bones... " - Opening lines on Nick Cave’s album Henry’s Dream.   If rock music has a reigning Lizard King, it’s Nick Cave. Painfully thin, black hair swept back from a severe widow’s peak, shrouded in... > Read more

Nick Cave: I Had A Dream, Joe 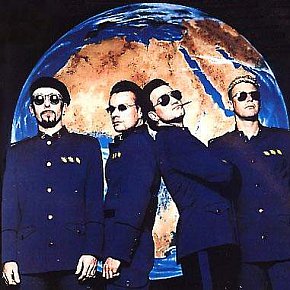 The whisper-voice and marble polish Hilton Hotel in Melbourne isn’t the sort of place you’d normally associate with rock ‘n’ roll. Suits and chic glide by, uniforms open doors and fingerprints on the gilt are removed discreetly by maids with an imperceptible swipe of a cloth.  The place breathes class. Upper class. But this time last week the lobby of the... > Read more

U2: Even Better Than The Real Thing (Perfecto Mix by Paul Oakenfold) 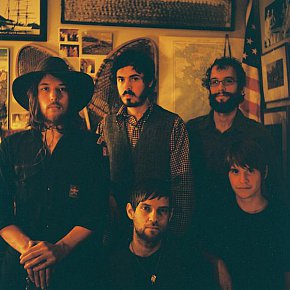 The big music story of 2008 wasn’t Britney back on track, Axl Rose finally delivering the Chinese Democracy album or even Kanye West sidestepping the hip-hop that made his name for an album of songs and techno-blips. It was how the self-titled and self-funded debut album from a previously unknown band -- which didn’t exist outside a studio a year ago -- topped many critics polls... > Read more 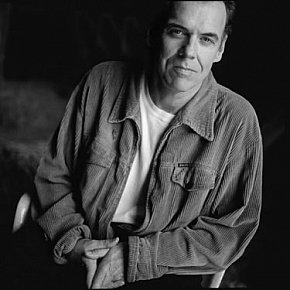 Thursday last week and a cool, almost chill night in Los Angeles. It’s a little after nine and John Hiatt is back in his hotel room after dinner. He came in from Nashville a few days ago to do some recording and writing with “three other guys” but is now just making a few phone calls. He flies home tomorrow in time to catch the kids off school for the spring... > Read more

John Hiatt: Riding with the King 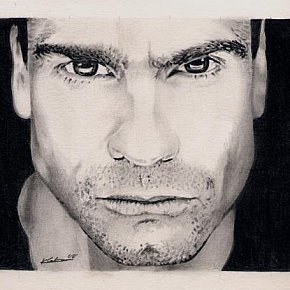 It’s the handshake which takes you aback first – a real knuckle-crushing pressure grip which Henry Rollins delivers impressively as his eyebrows level and his gaze hardens. On a first meeting, Rollins is a confrontational kind of guy. And a very heavily tattooed man. The tats snake across his taut forearms around his heavily muscled biceps and run down his legs. Across his back... > Read more 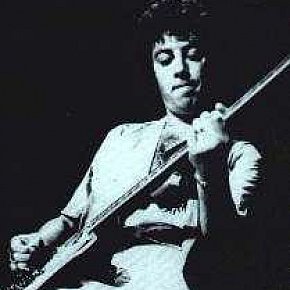 The measure of how modest -- and successful -- Graham Gouldman has been comes when he quickly corrects the assumption he was on the British number one single Neanderthal Man by Hotlegs in 1971. “I didn’t actually play on it,” he says . . . although it was recorded in the British studio he co-owned by some other guys who he subsequently ended up working with. Who they were... > Read more 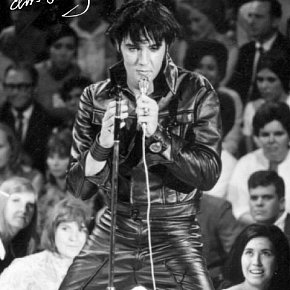 When you look at the footage now it‘s as if you’ve been tossed down some weird time tunnel. It is 1968 and out on the explosive streets of America are assassinations (Robert Kennedy, Martin Luther King), riots and demonstrations, cops wielding clubs, and teargas clouds filling the air. The soundtrack is the Stones’ Street Fighting Man and the day-glo hippie Summer of Love... > Read more

Backstage after a performance for invited guests and a camera crew in a studio room at the Sydney Opera House, Kasey Chambers and her husband Shane Nicholson are greeting fans and well-wishers. Just minutes before they had unplugged after an intimate and affecting set -- with their small band which includes Kasey’s father Bill on guitar -- and now they are the centre of a more celebratory... > Read more

Kasey Chambers and Shane Nicholson: No One Hurts Up Here 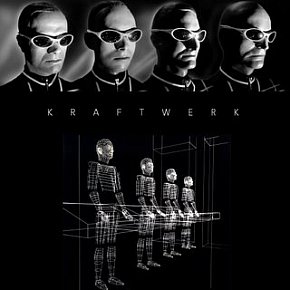 Ralf Hutter -- founder of the innovative German electro rock pioneers Kraftwerk rarely does interviews. And when he does speak to the press he sometimes doesn’t make it easy. One reporter tells of the constraints being placed on questions: the first being no asking about Kraftwerk. Kraftwerk are, shall we say, different: their Kling Klang studio in Dusseldorf has no phone, no... > Read more 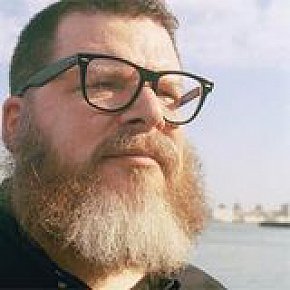 For a band which has released eight albums the alt.country/indie.rock band Willard Grant Conspiracy has - like Calexico, Giant Sand, Lambchop and others - rarely broken into mainstream consciousness. Despite favourable reviews for live shows and albums, WGC remains the private passion of small but significant audience. Yet those who have discovered them can be slavishly loyal and will... > Read more 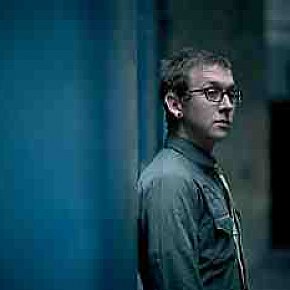 Micah P Hinson is one those artists who is just starting to appear on the radar for many people, this despite much touring, two excellent albums before his current Micah P Hinson and the Red Empire Orchestra album, and a back-story that has been of interest to music writers. The slight Hinson -- who grew up in a fundamentalist Christian household in Abilene, Texas where his father was... > Read more 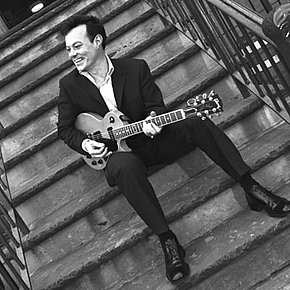 At 46, James Hunter from Colchester in Essex is an overnight soul-singing sensation who took a couple of decades to get to where he is. But for most people he seemed to appear out of nowhere with his breakthrough album People Gonna Talk in early 2006. Hunter’s effortless blend of Sam Cooke-styled soul with soft reggae rhythms and his snappy original songs found immediate critical... > Read more 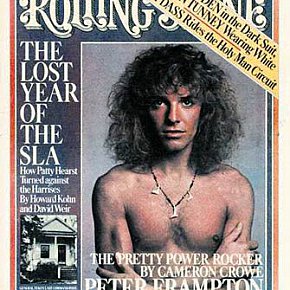 From where Peter Frampton was standing he could see everything. It was 1976 and the angelic, halo-haired singer-guitarist from Kent was on top of the world. His new album was selling spectacularly.  As one writer put it, in 1976 two significant events happened in America: the country celebrated its bicentenary and Frampton Comes Alive! was released. In that year, the double live... > Read more

Peter Frampton: Show Me The Way 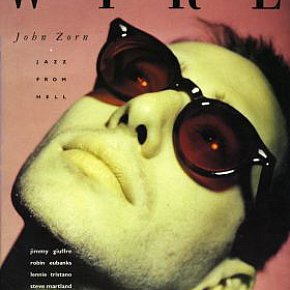 John Zorn doesn’t sound like your typical New Yorker. His speech is slow and measured, not quite the expected machinegun rattle of words. Then again, composer and saxophonist Zorn is no ordinary New Yorker – and no ordinary composer either. Take his two most recent albums as a sampling from a career which has seen him come screaming from the sidelines as “avant-garde... > Read more 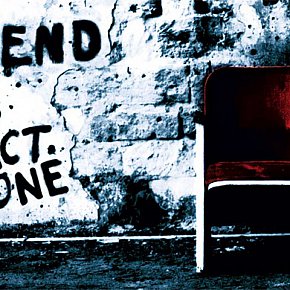 Jad Souaid is late and apologetic, he had a minor traffic accident on the way and in this city -- Beirut, the capital of the Lebanon -- that means handing over papers and having them checked. It all takes time. Beirut -- which was blown apart in a protracted civil war between Muslims and Palestinians, and Christian factions for 15 years from 1975 -- still lives with the legacy of its recent... > Read more