Even in the too-near future when fancy rockets from President Trump's visionary Space Force are shuttling Russian oligarchs and wealthy white billionaires off to the safety of Mars as the polluted Earth chokes and dies, people will still marvel at the technical genius and singular courage which took Man to the moon in July 1969. As we labour today under social division, fake news, the... > Read more

Well intentioned – and necessary – as this documentary is as a salute to one of the most important bands in Aotearoa New Zealand's music history, by never having a clear focus or trajectory it falls well short of the marks it seems to be aiming for. Herbs were this country's first overtly political group and the 1981 debut EP Whats' Be Happen (referred to as an album these days)... > Read more

NZIFF has kicked off in Auckland and this year's festival boasts an eclectic mix-tape of music-themed films.  A major highlight is the stunning film Amazing Grace – featuring the undisputed queen of soul, Aretha Franklin, as you’ve never seen her before. This spine-tingling film captures a two-night recording session in a Los Angeles Baptist church in... > Read more In 1975, when the acclaimed actor and playwright Sam Shepard was invited by Bob Dylan – whom he had never met – to come on tour with him, Shepard wasn't sure why. Nor, it turned out, was Dylan. Maybe he could write some lines for the artists who would be performing on what was called the Rolling Thunder Revue, said Dylan, but there would be improvised stuff so... > Read more 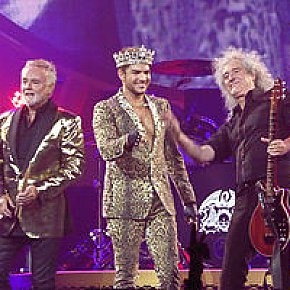 At a time when the film Yesterday creates a world in which the Beatles' songs never happened, here's another scenario to speculate on: what if the Beatles hadn't broken up when Paul McCartney announced his departure? What if Lennon, Harrison and Starr decided to carry on recording as the Beatles and got in an old pal like bassist Klaus Voorman – whom they known since Hamburg days... > Read more 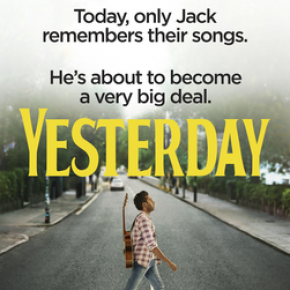 Because the Beatles' career, music and personal lives have been deconstructed in detail, analysed in similar depth and held up to the light for more than half a century, it is almost inevitable they would provide perfect material for fiction or dramatisation. Think of the Beatles' films made without them: Nowhere Boy about the teenage John Lennon, Backbeat about their Hamburg years, The... > Read more 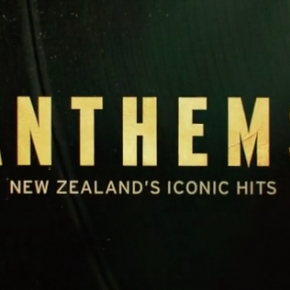 It's an odd thing but the more nuanced and articulate a political song is, the less successful it is likely to be. People want slogans like Lennon's reductive All YOu Need is Love, Give Peace a Chance and Power to the People, not Costello's Tramp the Dirt Down. “The simpler the lyrics are, the more people will remember them,” says Dave Dobbyn. He's talking about the boozy Bliss... > Read more On the far wall of the luxurious lobby of the Taj Mahal Palace Hotel in Mumbai/Bombay there is a list of names. To see it you have to get through the strict security outside – cars checked for concealed explosives, bags scrutinised – and then walk past the casually wealthy sitting in the spacious and airy lobby where staff are impeccably dressed and attentive. The list of 32... > Read more 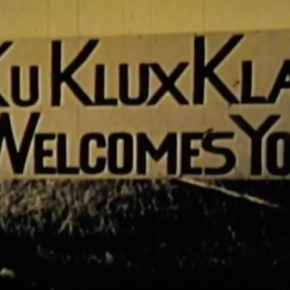 This extensive 90 minute doco turns back time to America in the early Sixties when segregation was endemic, Northern white folk singers were becoming engaged by obscure and rare country blues by Southern black artists and the Civil Rights movement was on the rise with Martin Luther King at its head. At that time activists and music lovers converged in the Southern states. The two trains... > Read more 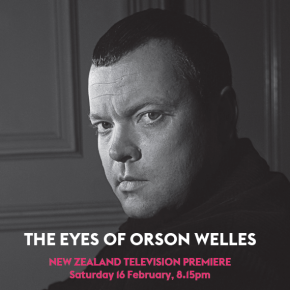 THE EYES OF ORSON WELLES, a doco by MARK COUSINS

Many decades ago when taking a class in film analysis to a group of enthusiastic young people, I was at a loss as to how introduce Orson Welles, his art and work was so diverse and massive. By chance it was made easy: I threw up an image of the older Orson on the screen and immediately a voice from the darkness said, “Hey, that's the Nashua 120 guy!” Yes, Orson Welles did a... > Read more 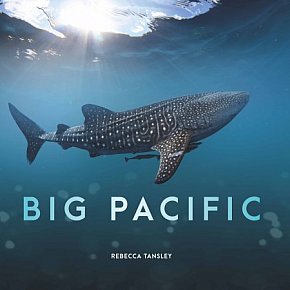 There are maps which show us our world in different ways; the size of countries relative to population or poverty; the planet at night so we can see where people huddle under lights and so on. But few views are more dramatic and a reminder of our place on Earth than if you turn a globe so that just about everything you see is the Pacific Ocean. Over to one edge there is a sliver... > Read more It's probably taking it a bit far to say (as someone inevitably does in this doco) that Buddy Holly's influence is still evident today. Nothing in the charts would support that contention. But that is not to deny his enormous impact. He not only wrote his own songs in the late Fifties at a time when few pop artists did but he also played and produced most of them. And his musical and... > Read more This two-hour doco screening in the Prime Rocks series on December 5 was made by the team behind the moving Amy Winehouse film . . . with Noel and Liam Gallagher as executive producers, given separate screen credit. Given their long breakdown and the more recent solo careers of Liam and Noel, it sensibly starts where it ends, with their 1996 triumph at Knebworth. Everyone, the... > Read more 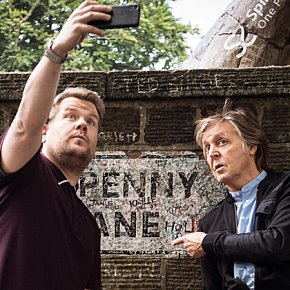 It goes without saying that Paul McCartney is a clever one, but he's also canny and has a keen business sensibility. Aside from the misstep in letting Michael Jackson swoop in and grab control of the Lennon-McCartney catalogue (while he and Yoko were bickering about how much to pay, apparently) he has made very few mistakes in his his business dealings. And he certainly looks after number... > Read more 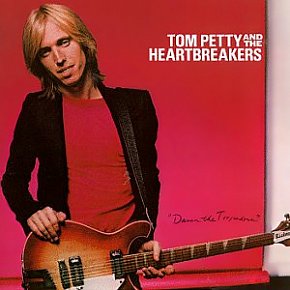 Prime commemorates the anniversary of Tom Petty’s death with this special encore. Damn The Torpedoes, the third album by Tom Petty and the Heartbreakers. It's probably no longer true because the musical landscape has changed so much, but from the Seventies onward there was a saying in rock culture: The Difficult Third Album. It was called that because, as the cliché went, you had... > Read more 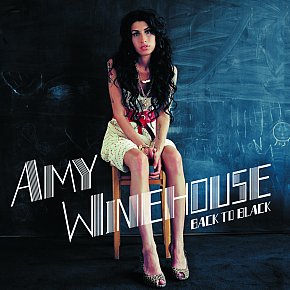 When Amy Winehouse died in July 2011 there many of us who didn't cry, we were too angry to shed tears for this extraordinary talent which would be now denied us. Winehouse should have lived a long life and given more and more of the creative gifts which were all over her classic album Back to Black of 2006 which won her a Grammy and hearts everywhere . . . those who got past the achingly... > Read more 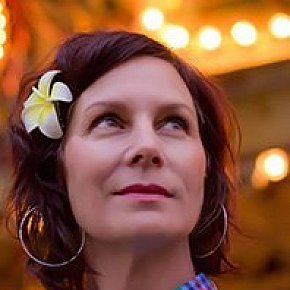 This charmingly low-key, often movingly honest documentary about New Zealand singer-songwriter Donna Dean takes her from a childhood in a state house in Glen Innes under blue Pacific skies (she ackowledges the drinking and violence between her parents) into Texas clubs and bars and radio stations singing her distictive and mature country music to appreciative audiences. Dean and her... > Read more 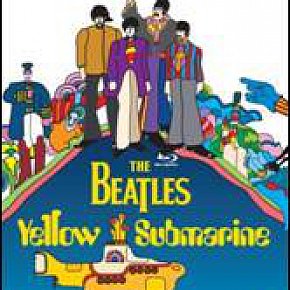 Movie producer Al Brodax said it began with a 3am phone call from John Lennon: Wouldn't it be great if Ringo was followed down the street by a yellow submarine?" That -- allegedly/mythically -- was the start and (aside from them knocking off a few songs for the soundtrack and a short appearance before the credits) the end of the Beatles' involvement with the animated movie Yellow... > Read more

It's All Too Much 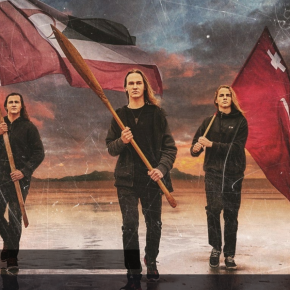 You have to love this short (18 minute) film which starts with a warning: "The following film contains heavy metal. Viewer discretion is advised". It shines a spotlight on the formidable New Zealand metal band Alien Weaponry who are, as of this writing, taking their astonishing te reo hard rock to the world . . . and frankly we think they could be the Next Big Thing out of this... > Read more As this hour-long doco proves, just because there isn't anything new to say doesn't mean you don't say it . . . with footage. One of the executive producers of this Sixties series, Tom Hanks, has long been infatuated with his own times and so inevitably attention turns the greatest musical – and arguably – cultural phenomenon – of that decade, the Beatles and then the... > Read more