Oscar Wilde once observed that fashion is a form of ugliness so intolerable we have to change it every six months. And the cynical observer of the egos and absurdities in the fashion world would doubtless agree. But a world without fashion? That would be so intolerable we'd want it back in six months. In the rarified air of high style, some characters stand out -- sometimes for all the... > Read more 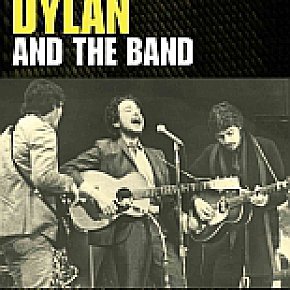 Towards the end of this long, thorough and very interesting but unsanctioned doco, Sid Griffin – musician, writer and curator of the archives of the Dylan/Band sessions in Woodstock – says of this rare conjunction of individuals that you had a Jewish guy from the Mid West, some musicians from Canada and a guy from the South. “That's pretty much North America right... > Read more 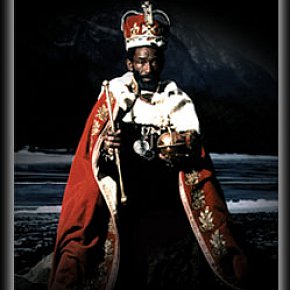 Salvador Dali once said “The only difference between a madman and myself is I am not mad”. That's the kind of pithy aphorism you might also expect from the mad production/musical genius Lee Scratch Perry, a man who redefined the possibilities of reggae, was in the vanguard of inventing dub (and therefore sampling, remixing etc) and was a crucial figure in the careers of Bob... > Read more 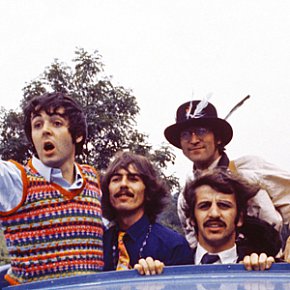 MAGICAL MYSTERY TOUR, REVISITED (2012): Another clue for you, the scapegoat was Paul

In the Beatles' Anthology documentary, when The Greatest Story Ever Sold reaches 1968 and their disparate double album The Beatles (aka The White Album) some -- like producer George Martin and Ringo -- say that much Beatles music was too much . . . and that The White Album should have been cut back to a single album. Or two separate albums: "The White and The Whiter",... > Read more 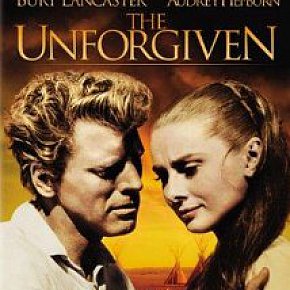 Not to be confused with Clint Eastwood's Unforgiven -- or the excellent if short-lived outlaw-rock band of the same name -- The Unforgiven from 1960 is one of John Huston's ambitious Westerns, cast perhaps a little in the shadow of John Ford's classic The Searchers of four years previous. In both films the action takes place in that netherworld between the civilised (European, back east)... > Read more 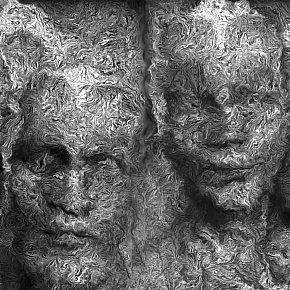 Few poems of the 20th century have as much emotional resonance and visceral power as T.S. Eliot’s The Hollow Men. Published in 1925 when the trench horrors of World War I had been fully revealed, the poem conjured up a philosophical ennui as Old Europe was trying rebuild out of ashes and despair. Book-ended by much-quoted lines -- it opens “We are the hollow men, we are the... > Read more 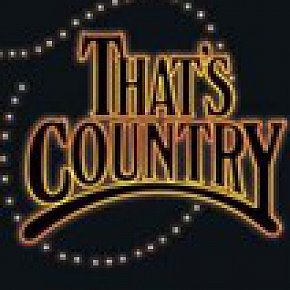 “Tell me, how come a city I've never heard of – Christchurch – in a little country way down the bottom of the world makes the best country music television show in the world?” – American country legend Roy Acuff to That's Country host Ray Columbus. It's often said television brings the world in to our living rooms, but... > Read more Christopher Sandford's recent book about the Rolling Stones, Fifty Years, clarified a little of what we all wonder about: what do these people do when they aren't being Rolling Stones? Which is most of the time. Jagger globetrots, hobnobs and takes care of his many businesses; Richards hangs around the house(s) and pops out to do guest spots on albums with friends; Charlie Watts breeds... > Read more

With today being Record Store Day and attention turning to how cheap books and CDs etc are on-line (not to mention downloading), this indie doco about "The Death (or Possible Survival) of the Independent Records Store" across America is an insightful look at the changing times we live in. The argument here is that indie record shops -- wall to ceiling vinyl, indie CDs, posters and... > Read more 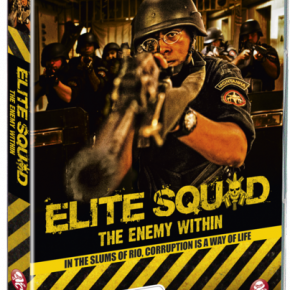 ELITE SQUAD; THE ENEMY WITHIN by JOSE PADILHA (Madman DVD)

When it comes to a bit of the old glamorous ultra-violence, Hollywood might as well give up trying. The mainstream American audience has little stomach for violence which is so visceral that you don't know whether to look away, scream with horror or burst out laughing. At a screening recently of The Raid -- a real gut-tightening thriller made in Jakarta by the Welsh director Gareth Evans... > Read more 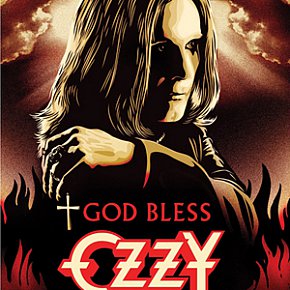 Given that Ozzy Osbourne is unnaturally candid -- as is his wife Sharon -- and that much of what he did is already in the public domain, the only real question that this up-close, thorough and years in the making doco fails to answer is . . . why does Ozzy appear on the cover in a drawing where he looks like he has stepped out of Twilight, The Crow or True Blood. Ozzy is a unique character... > Read more 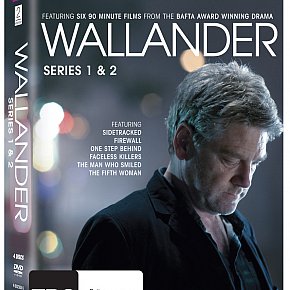 Since two of my sons moved to Stockholm a couple of years ago I have taken a greater interest in a country I only know for gifting the world smorgasbord, Abba, Roxette and their unique take on alt.country-folk with bands like Baskery and First Aid Kit. So what have I come across in my increasing curiosity? Well, not long after they moved there some Al Queda lunatic tried to blow up... > Read more 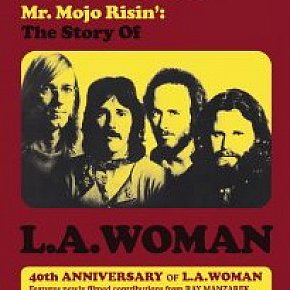 Door singer frontman Jim Morrison might not have always been the great poet he imagined himself, but he certainly knew his way around a self-mythologising acronym. Hence "Mr Mojo Risin'", the name he came up for himself around the time of what would be the Doors final flourish in the studio, LA Woman of 1971. The remaining Doors -- guitarist Robby Krieger, keyboard player Ray... > Read more 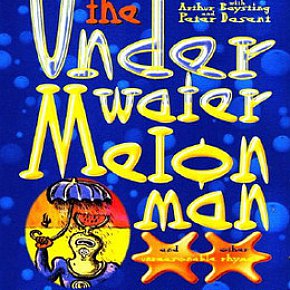 This film (with tie-in CD and book) by artist/musician Fane Flaws has long been something of a cult favourite with kids and a guilty pleasure for adults. Flaws, whose most visible work was the opening animation for Radio with Pictures in the late Eighties, created The Underwater Melon Man and Other Unreasonable Rhymes in '97 and called on some of New Zealand and Australia's finest musicians... > Read more 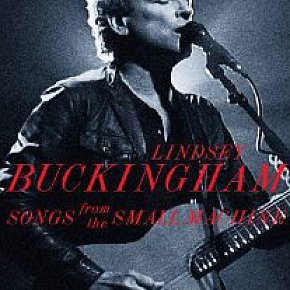 Aside from Stevie Nicks whose fan base is loyal and huge (but whose last album In Your Dreams was patchy to the point of being often awful), few people these days would care much for what former members of Fleetwood Mac might be up to. But with Lindsey Buckingham you would always make an exception and tune in. He helmed some of Mac's most interesting material (notably pushing them from... > Read more

Go Your Own Way 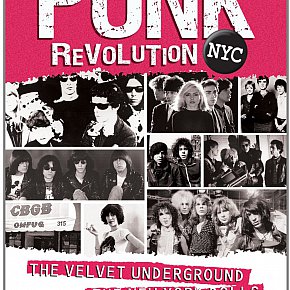 Because so many who were there at the time are fading or have passed on (just one remaining Ramone from that classic album cover), this deeply detailed double DVD/three and a half hour doco on the New York punk scene (starting from the Velvet Underground) is an important document for those coming late, or only recently, to the story. What especially elevates this is the calibre of those... > Read more 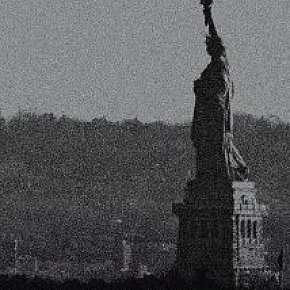 Whether you like Paul McCartney's music or not, this doco helmed by Albert Maysles (of the famous Maysles Brothers who did the Stones Gimme Shelter among dozens of other tracking-camera docos) takes you into the discomforts of enormous fame of the kind that makes other famous people nervous in his company. Among the passing parade of celebs and handshakers are Pete Townshend, Eric Clapton... > Read more 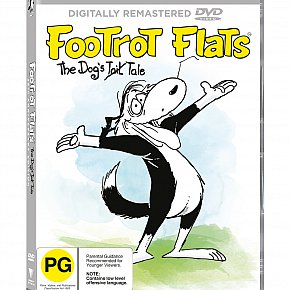 As I write, there is a steady drizzle and high wind so you can guess the season. Yes, it's the "summer" of 2011/2012 in New Zealand where, ironically, every part of the country aside from the bit closest to Antarctica has been suffering constant rain and wind. Wasn't like this in the old days. In fact, not much was . . . as the digital remaster of this sentimental Kiwi favourite... > Read more 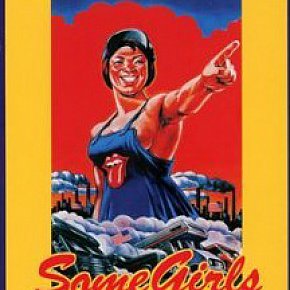 Although the Rolling Stones' disastrous free concert at Altamont in San Francisco in late '69 is considered the final nail in the coffin of the hippie-era Sixties, it is less acknowledged that it was also the start of something. If the years preceding Altamont (and the Manson murders) had been about peace, love and benign drugs like marijuana and the consciousness-raising effects of LSD,... > Read more 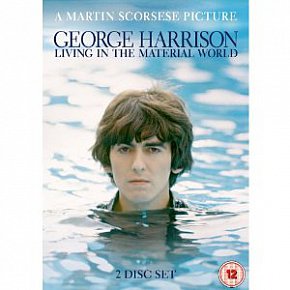 Five years ago, longtime Abbey Road studios engineer Geoff Emerick – who was there for the first and last Beatles' recording sessions and only missed a few weeks in between – wrote an interesting, slightly jaded but perhaps uncomfortably true memoir, Here, There and Everywhere. Aside from undermining the conventional wisdom that producer George Martin was a pivotal... > Read more

The Light That Has Lighted The World (demo)