When films deal with filmmaking, actors or the theatre, they can often be insufferably coded, loaded and playing to the gallery. Asides and references – visual or vocal – can frequently be aimed at the cognoscenti who get to smile with that smug, wry amusement of recognition. And there are certainly moments in the first third of the acclaimed... > Read more Those many of us who considered Public Service Broadcastings' Inform-Educate-Entertain to be one of the best albums of 2013 definitely need this DVD, because -- as we know -- PSB are as much about the images as the music and samples. Using old British and US documentary footage, films and public information programmes as source material, PSB constructed songs around samples and brought to... > Read more That this film should have picked up so many wins at the NZ Film Awards will come as little surprise. Taking nothing away from the excellence of the acting and directing, there were few other serious contenders -- What We Do in the Shadows? Please! -- and it is also a feel-good film which has mainstream appeal. In fact, one friend called it "Karate Kid with chess" which was rather... > Read more During a recent Q&A session after a screening of this film about him, Nick Cave mentioned in passing that a sequence involving Bad Seed/Dirty Three/Grinderman band member Warren Ellis wasn't true: Ellis didn't live in that particular house and he didn't cook eel as he was shown to be doing. There were some surprised laughs, but as I looked around I got the sense that some people in the... > Read more Not many people know that when Captain Beefheart and His Magic Band were recording their classic and sometimes frightening album Trout Mask Replica in '69, the good captain (Don Van Vliet) kept the musicians all-but captive in a big house in Topanga Canyon to ensure the job got done to his satisfaction. Artists often talk themselves into a different environment in the hope of finding... > Read more CHARLES LLOYD; ARROWS INTO INFINITY, a doco by DOROTHY BARR and JEFFREY MORSE

A very odd thing happened a few years ago when I was offered an interview with the great jazz saxophonist Charles Lloyd in advance of a New Zealand concert. I agreed immediately because after all, this was the great Charles Lloyd whose albums in the previous 25 years on ECM had set a new threshold in not just his own illustrious career but in jazz itself. More than that, the man... > Read more

Lady in the Harbour Films about jazz are rare, good ones even more so. The reasons for this are pretty easy to discern: jazz is a minority art form and therefore of not much interest to the general audience, most of whom have very different views on what “jazz” actually means. That's because the word has become so widely used, misused, re-defined and co-opted for other purposes... > Read more In the Sixties and Seventies it was easy and fun to ridicule French culture: they made lousy pop'n'rock, their art films were so earnest they were readily parodied . . . and they hailed Jerry Lewis as an auteur at a time when he had fallen from grace in America. But every now and again stuff slipped through the skepticism, one of them being the films of Jacques Tati whose Monsieur... > Read more 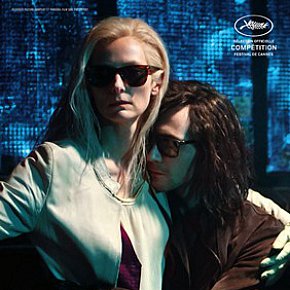 The appeal of vampire movies is well established. It's about sex . . . and if you doubt that you haven't seen enough of the breast-heaving Hammer horror films of the Sixties. Oh, and of course they are about death. Or eternal life, if you will. And every generation of teenagers gets its own hip style of vampire movie. The appeal for teens is enhanced if you are an... > Read more Alfred Hitchcock may have been a genius, but he was certainly a nasty piece of work when it came to women actors, especially those who spurned his sometimes clumsy advances or let him down in some way. Some have noted that his films became increasingly violent towards woman after Psycho (1960), around the time he built up a stew of resentment towards actresses such as Kim Novak, Audrey... > Read more One of the more smug, not to say stupid, comments on television recently came from an expert speaking about the likelihood of the Ebola virus in West Africa making it to New Zealand. The essence of what he said was that the country’s geographical isolation would protect us. This opinion followed the statistic which said that this easily communicable and often... > Read more At the same time as the Beatles were filming their first feature A Hard Day's Night, the once-great Elvis Presley was cranking out mindless Hollywood movies such as Fun in Acapulco and Kissin' Cousins. The King of Rock'n'Roll had gone soft and although his films were still successful at the box office, few would acclaim them as high art. His British counterpart Cliff Richard... > Read more

I Should Have Known Better 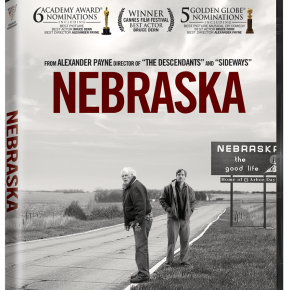 The story of America is entwined with the myth of the road. From Daniel Boone and “Go West, Young Man” wagon trains through Jack Kerouac, Easy Rider, Springsteen's lyrics and onto Little Miss Sunshine and Road Trip, the songlines, trails and highways of America have been where people have found redemption and truth. Stories told about the road are of discovery and, just as... > Read more For a small, out of the way town which only had a population of about 8000 back in the Sixties and Seventies, Muscle Shoals in Alabama sure made its mark on the world. Situated by the Tennessee River and in the crosshairs of the racial divide, Muscle Shoals was home to the famous FAME recording studio founded by Rick Hall where Aretha Franklin, Wilson Pickett, Percy Sledge and dozens... > Read more 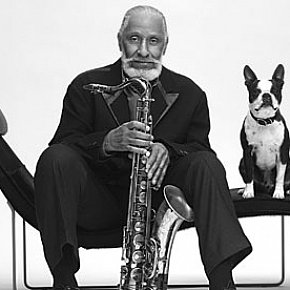 When the great jazz saxophonist Sonny Rollins came to New Zealand in 2011, it was my pleasure to do a phone interview with him beforehand . . . and then see him in concert. I'd only seen Rollins twice previously and each time they were polar opposite performances, so it was impossible to know what to expect. And similarly interviewing him. Some musicians can be tetchy subjects,... > Read more 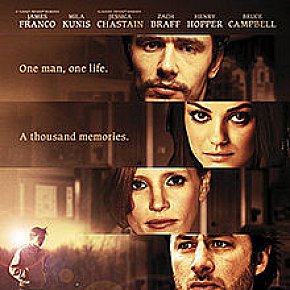 A visual ode to memory, love, loss of innocence and the spectre of impending death because of the events at Three Mile Island, this film is an elusive construction drawing on the poems of the award-winning American writer CK Williams. Written and directed by 12 New York University film students, it singles out a few key poems and periods in the poet's life -- non-chronological and with... > Read more Cantankerous, alcoholic, irresponsible and so convinced of his own genius that he saw his wife Noriko as a lesser person there to serve his artistic and emotional needs, there's not a lot to like about painter and sculptor Ushio Shinohara. When he arrived in New York from Japan in the Sixties he was a child of the Tokyo avant-garde and his style of painting which we might call Abstract... > Read more 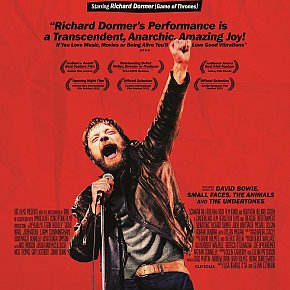 Those of us lucky enough not to have lived in Northern Ireland during the period the Irish euphemistically refer to as “The Troubles” could never know what that must have been like. Sectarian division and violence, roadblocks and checkpoints, assassinations and bombings, intimidation and factionalism . . . As John Lennon put it, “if you had the luck of the Irish,... > Read more A few weeks ago a review of a lousy BB King concert in St. Loius went viral. But the comments about his rambling show, him forgetting lyrics or simply lost as to know what to do would come as no surprise to anyone who saw an equally bad concert in Auckland in 2011. My review here begins, "Few things are more sad, uncomfortable and disappointing than witnessing a once-towering talent in... > Read more As with Jimi Hendrix, the great Duane Allman -- dead at 24 after a motorcycle accident in 1971 -- wasn't with us for a long time. But what a mark he made in just those four years from when he first became known. He had only played guitar for 10 years and only in the last three of his short life had started playing slide guitar to create the sound he is synonymous with. It was a short... > Read more