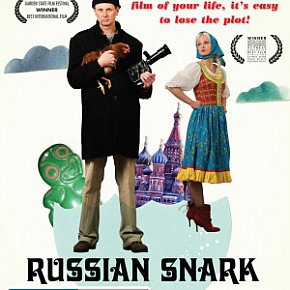 Although it would perhaps be possible to write the plot outline of this modest but quietly impressive feature on a very small piece of paper, the protagonists here and a few of the marginal characters bring such insightful portrayals that it keeps attention for all its 80 minutes. First time feature director and writer Sinclair -- who co-wrote Ladies Night, worked with Peter Jackson and has... > Read more 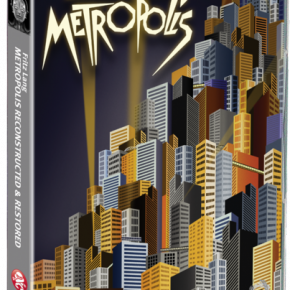 Because it was, and remains, such an extraordinary film on every level -- visually, philosophically, technically -- most people can remember their first encounter with Fritz Lang's 1927 masterpiece Metroplis. Unfortunately, I suppose, many today encounter it in a Film Studies 101 course where it is shown in a lecture theatre in the context of analysis or as part of a homework... > Read more Although his star as one of the great historical novelists of lives played out on the American frontiers (the West, that world between the lawless old and increasingly modernity) has been eclipsed by the darker works of Cormac McCarthy (The Road, No Country for Old Men, All the Pretty Horses), the great Larry McMurtry has written some remarkable novels -- and is an essayist well worth reading.... > Read more 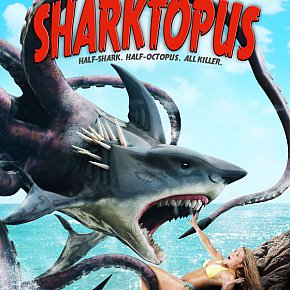 Some years ago in this interview the master of B-grade flicks Roger Corman admitted that these days he often just thought up the title and let other directors flesh out the actual film. Hence Dinocroc. And of course, Dinocroc 2. Which also explains this amusingly low budget affair ("Half-shark. Half-octopus. All killer") in which our titular hybrid monster -- invented by... > Read more 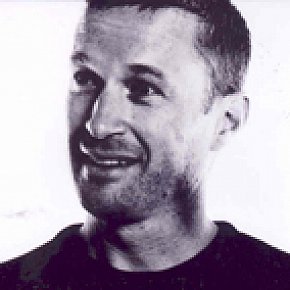 Harry Sinclair who has lived in the States for the past 10 years – the last four in LA, years prior to that in New York – is still well known in New Zealand. His reputation rests on two significant poles: As one half of the music/performance duo The Front Lawn with Don McGlashan, and for his pop-up television series Topless Women Talk About Their Lives, 41 short episodes which... > Read more 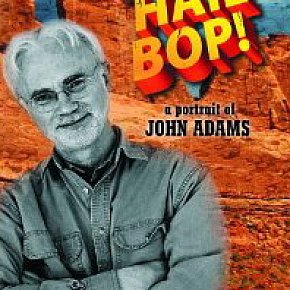 Early in this insightful 100 minute portrait of the American composer John Adams by Tony Palmer, Adams cites Milton Babbitt's article Who Cares If You Listen? and being struck by the cavalier attitude of many composers who knew they had no audience and had created a mindset which "basically said 'Screw you'." "I remember Babbitt saying he would no sooner expect the average... > Read more

Now It is Night 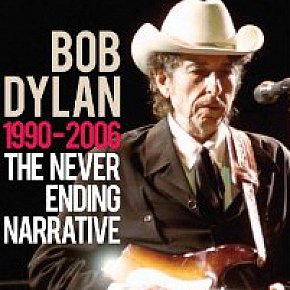 Although Bob Dylan closed his shapeless and directionless Eighties with the acclaimed Oh Mercy album produced by Daniel Lanois, no one would really have considered him ripe for a career reinvention. And Under the Red Sky of the following year -- a cast which included Slash, Bruce Hornsby, George Harrison and numerous others on material as unworthy as Wiggle Wiggle and Handy Dandy -- seemed... > Read more 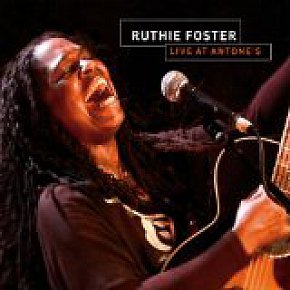 Many who witnessed the sad and rather shameful "performance" by BB King in Auckland's Civic this year (see review here) have walked away embarrassed for King  . . . but thrilled by his opening act, the great Ruthie Foster. Her joyous, powerful and good humoured (but also deeply sensitive) set of gospel, soul, blues and Motown-styled pop was invigorating and her promise to come... > Read more

Up Above My Head 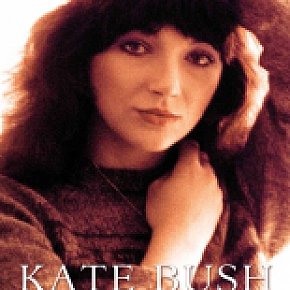 When the frequently reclusive Kate Bush reappeared recently with her album Director's Cut -- on which she returned to 11 of her earlier songs to revise them -- there was the inevitable flurry of interest in her again. (Typically she did few interviews, possibly even only the one in Mojo.) However the album was underwhelming and received only polite reviews. But you'd be unwise to... > Read more 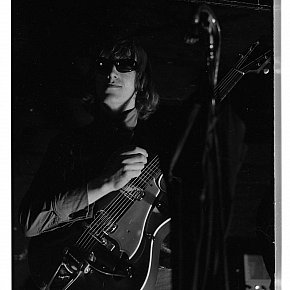 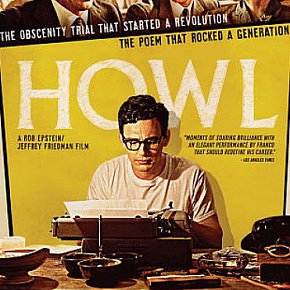 The three parallel, intercutting narratives here in this story of Allen Gisnberg's famous, half-hour poem Howl and the subsequent obscenity trial can be off-outting at first, and in truth don't serve the film or poet especially well. But for those new to the subject its slightly racy, post-modern attitude is bound to have considerable appeal. Generations have grown up with the first lines... > Read more 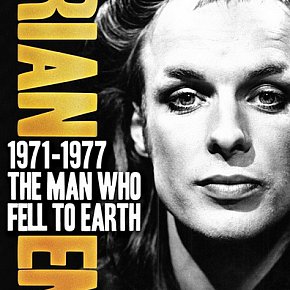 Despite the title here being appropriated from David Bowie, this does seem a fair description of Brian Eno, the self-described "non-musician" who made his name in Roxy Music as the flamboyant synth-twiddler who brought an avant-garde sensibility to a band which might have otherwise simply sounded retro and poopy. Eno's sonic textures only appeared on the first two Roxy Music... > Read more 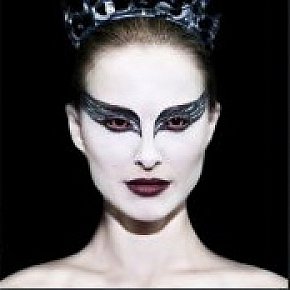 There are few successful films where the protagonist is so unsympathetic and whose character requires a suspension of disbelief, yet whose tension-filled course towards their fate you will watch with increasing concern. Black Swan -- flawed but beautiful, much like its central character -- is one of them. Set in the competitive and physically demanding world of professional ballet,... > Read more Although this B-grade rock-cum-mystery film from '83 has plot holes and continuity problems so big you could drive a pink '57 Chevy through them, it isn't without some interest, especially if Bruce Springsteen means anything to you. In the most broadest of terms, it starts like Citizen Kane (a television reporter Maggie Foley -- played by Ellen Barkin -- goes in search of the real story... > Read more 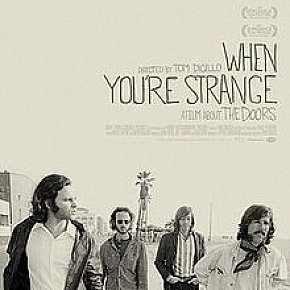 Two things strike you immediately about this much vaunted and Grammy award-winning doco: That Jim Morrison was a man of brooding good looks except when he smiled and then he looked just plain goofy (and there is a lot of him smiling and laughing in the early footage here); and that the script which Johnny Depp reads in a tired monotone seems to have been written by a 12-year old who has relied... > Read more 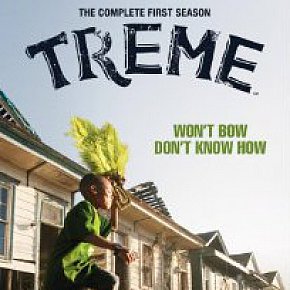 As I write this, large areas of Louisiana have been under water this past week as the Mississippi rose and authorities opened floodgates so as not put pressure on the levees further down, notably around Baton Rouge and New Orleans. And in nearly every report of the events – caused by melting ice and run-off way up north – one word has rung like a refrain: Katrina.... > Read more 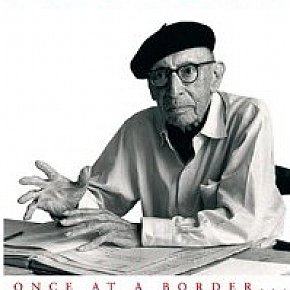 When Tony Palmer made this acclaimed and insightful documentary about Igor Stravinsky on the 100th anniversary of the composer's birth, the great man had been dead less than a decade. As with the other docos by Palmer previously mentioned at Elsewhere (notably All You Need is Love), the filmmaker was therefore close to the lifetime and influence of his subject, and this being done at the... > Read more 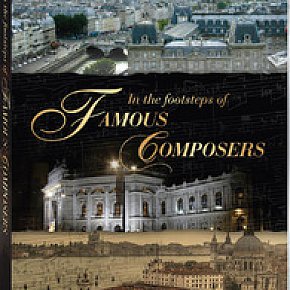 Myth making and hype attached itself to Beethoven at an early age. When he was eight his father -- a boozer -- presented him at a recital as being just six in order to pass him off as a child prodigy like Mozart. Not that Ludwig needed much help in the prodigy stakes. And although he was a genius, it wasn't without a struggle and constant revision of his scores, as the profile of him... > Read more 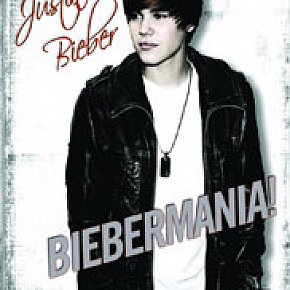 In a cover which looks about as far from exciting as that exclamation mark wants us to believe this is, comes yet another unauthorised biography -- this from a director of E! Hollywood True Story -- about a young man for whom no hyperbole is too understated. Here again we are told of his remarkable rise from Stratford in Ontario -- "a small bucolic town" on the cover, a... > Read more 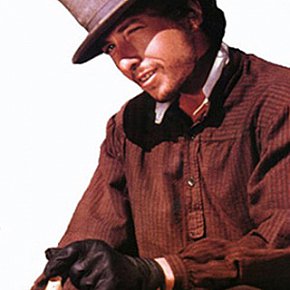 BOB DYLAN, ON FILM: Acting on the margins

Somebody at the University of Applied Narcotics in San Francisco has probably written a thesis about Bob Dylan's bizarre film career. Like Neil Young, Dylan appears in movies which make little sense to anyone, possibly even himself. Yet it all started so well. The terrific doco Don't Look Back, by Don Pennebaker, of Dylan's brief British tour in '65 captured him toying with journalists,... > Read more