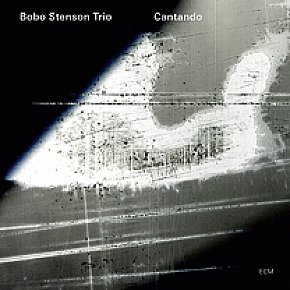 Swedish pianist Stenson is one of those rare individuals who extends the contract of improvisation by deliberately drawing on diverse source material, which gives him and his musicians different starting points. This time out he pulls tunes from Don Cherry and Ornette Coleman, Alban Berg and Astor Piazzolla: so that's compositions by a trumpeter and saxophonist, a classical musician and a... > Read more

Don't let the title fool you, this isn't some hipper-than-thou collection knocked off for a ready market of cool people. Nope, what is here is a very classy and beautifully realised collection of listenable jazz which errs to the unfamiliar and is delivered by an excellent band under the eye of producer Nathan Haines. Haines plays flute, some keyboards and sax (but isn't on every track)... > Read more

Nathan Haines and Friends: Give It Away 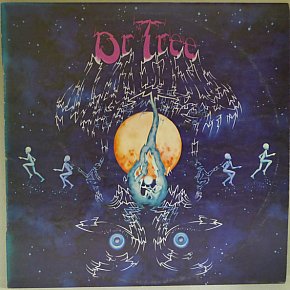 When this album came out in the mid-Seventies jazz-rock fusion was at its peak and many otherwise sensible jazz musicians were wooed to the dark side. Few came out with any dignity (they just didn't get "rock") but Dr Tree from Auckland nailed it directly at a point where they were most comfortable; more jazz than rock because they were jazz musicians. The album was reissued in... > Read more 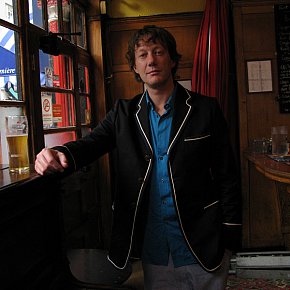 About 45 minutes into the conversation in a noisy café just around the corner from Neil Finn’s studio where he recorded his new album Music For Cocktail Lovers, Nathan Haines mentions casually that this is his seventh album. Murray Thom -- prime mover behind Music For Cocktail Lover and on whose label the album appears -- seems surprised to learn this. And then, typically, he shrugs... > Read more 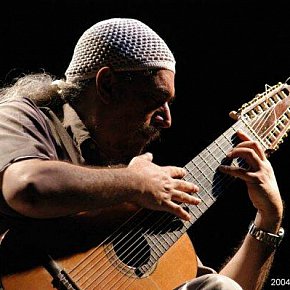 Some time in 1996 I did a phone interview with the guitarist Egberto Gismonti in advance of him appearing at an Arts Festival in Wellington which, for reasons of language and a poor connection, just didn't work out. There was no decent way to salvage the piece but then a thought occured. I contacted comic artist Dylan Horrocks whose work I had long admired and gave him the outline of what... > Read more 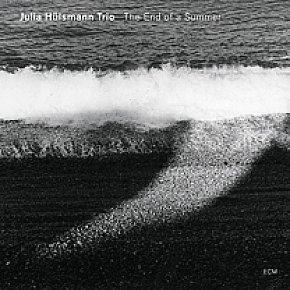 The Julia Hulsmann Trio: The End of A Summer (ECM)

The prolific ECM jazz label has been getting a few notices at Elsewhere in recent months, but largely on the strength of its mid-price reissue of some excellent releases from its early catalogue such albums by the Gary Burton Quintet , Paul Motian and Bill Frisell. But of course ECM has an on-going series of contemporary releases, among them this (mostly) quiet, romantic and gentle... > Read more

The Julia Hulsmann Trio: Kiss From A Rose (written by Seal) This jazz giant will be 70 in December 2008 and can reflect on playing piano with the likes of John Coltrane in the 60s then a multi-faceted career as a leader, assimilator of world music possibilties, bands or albums with guitarist John Scofield, tenor players Joe Henderson and Joshua Redman, altoist Arthur Blythe and many other innovators. But you'd think he might be slowing down by now.... > Read more 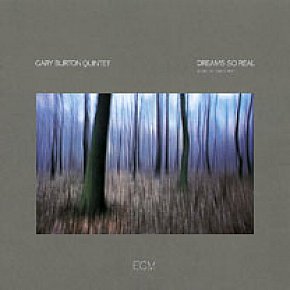 Another in the on-going series of mid-price reissue of ECM albums from the vaults, this recording of material by Carla Bley comes from 1976, and vibes player Burton with a band of luminaries who went on to become major players and central to the ECM roster: guitarists Mick Goodrick and Pat Metheny, bassist Steve Swallow and drummer Bob Moses. When this doesn't swing like very hip pendulum... > Read more 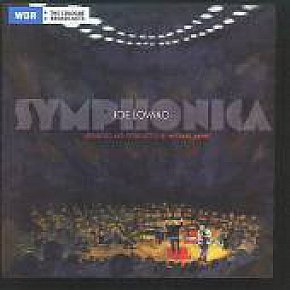 Those who were witness to the outstanding Auckland concert fronted by saxophonist Lovano and guitarist John Scofield might be right now looking for Joe albums: if so this maybe ain't the one you need. Where that concert had tension, strength'n'stretch, musical dialogues which sounded like those betweeen an erudite dinnertable conversationalist (Lovano) and an edgy, humorous man with... > Read more 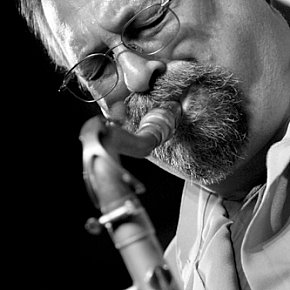 At 55, Joe Lovano is one of the leading saxophonists of his generation, and has a career notable for its diversity. He has played straight ahead and swing, worked with Cuban musicians and orchestras, done an album of Sinatra songs, and has enjoyed two longtime musical relationships: one is with guitarist John Scofield whom he met at Berklee in the early 70s; the other is with drummer Paul... > Read more 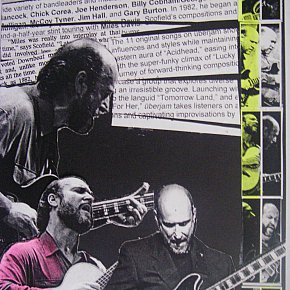 Looking back now it is hard to recall how it all started and who we should blame – but suddenly in the mid-70s there they were, electric guitarists spitting out notes faster than shells from an Uzi. “Fingers scampering across the fret board like a mouse on Meth,” was how Playboy described a 1975 Jeff Beck album, and the sheer speed of warp-factor five guitarists like John... > Read more 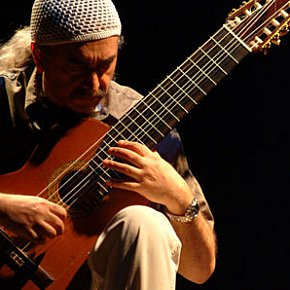 They say truth is where you find it. For Brazilian multi-instrumentalist and composer Egberto Gismonti it was there among the Indian peoples of the remote Xingu region of the Amazonian jungle back in the late 70s. For a month, far removed from the urban world he knew and with no common language other than music, Gismonti lived and played music with the Indians, particularly their chief... > Read more 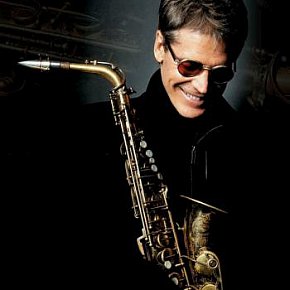 A little over three years ago an American magazine profiled alto saxophonist David Sanborn and included a selected discography. It made terrifyingly impressive reading. Aside from almost a dozen albums under his own name – and a pretty high count of Grammy awards among them – there were the albums where he’d had a guest spot. That distinctive sandpaper sax you remember... > Read more 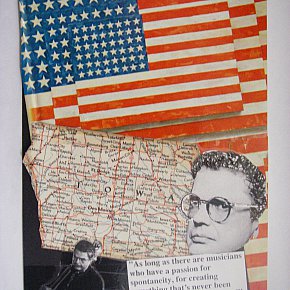 By rights, 71year old bassist/composer Charlie Haden shouldn’t be around in jazz today. Like so many of his generation he had a heroin addiction in the early 60s and often wouldn’t show up on the bandstand until midnight, and even then only be half there. But there’s also another reason. Haden was born in Shenandoah, Idaho – hardly a hotbed of jazz innovation –... > Read more 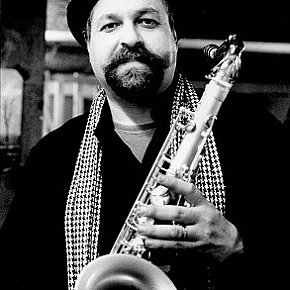 About a month ago I was in New York and spoke to Bruce Lundvall, head of the Blue Note label. Lundvall is a jazz man from way back and has been a major player in shaping careers. He worked the jazz catalogue at Sony back when it was called Columbia, left to start the Elektra Musician label for Warners and has been helming Blue note for two decades.  He signed Wynton Marsalis to Sony,... > Read more 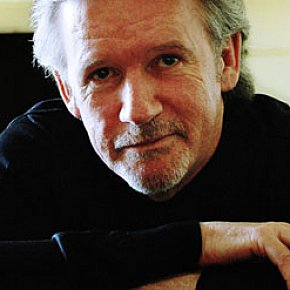 To my horror recently, I realised it had been almost a quarter of a century since I first interviewed the LA-based expat jazz pianist Alan Broadbent. It was 1984 and he was briefly back in Auckland to play a show and record an album with New Zealand’s in-house rhythm section of drummer Frank Gibson and bassist Andy Brown. At the time I had founded, was editing and writing much of the... > Read more

Alan Broadbent Trio: Waiting for Charlie (from the 2007 album Over the Fence) 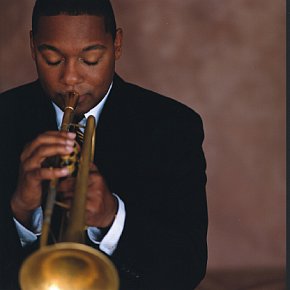 To refer to Wynton Marsalis as a jazz musician is to unintentionally diminish him. Certainly he plays jazz trumpet, has released a couple of dozen albums in the idiom, was the catalyst for and focal point of a renaissance of jazz in the 80s and is musical director for the prestigious Lincoln Center Jazz Orchestra in New York.Yes, Marsalis is a jazz man and proud of it.But that hardly accounts... > Read more 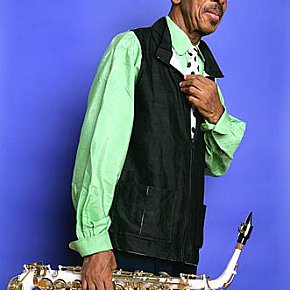 Ronnie Wickens was one of the last to leave my 50th birthday party at Portside. As I made for the door I looked back, and there he was at the bar chatting to -- maybe even chatting up -- a couple of girls in their 20s, friends of my sons' no doubt. Ronnie was somewhere past 60, but he still looked great. I don't recall what he was wearing that night but I always think of Ronnie in... > Read more 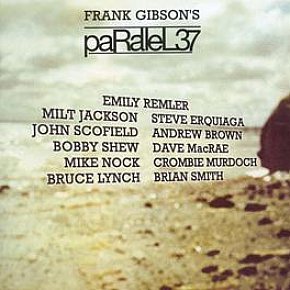 Auckland jazz drummer Gibson has had a career that stretches back to the late 50s and he made his debut at age 8 on the stage at the Auckland Town Hall playing a duet with his drummer dad. Since then he's played with everyone from Leo Sayer to Milt Jackson, and everywhere from Abbey Road and the Montreux Jazz Festival to some of the least attended clubs in Auckland. Quite some career.... > Read more 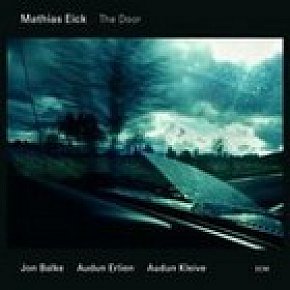 On a blindfold test I doubt many who listen to Norwegian prog-rockers Jaga Jazzist would pick the trumpter leading this ECM set as the same guy from that big band. But Eick has popped up in many shapes:he has played alongside Chick Corea and in jazz orchestras, was a guest in the psychedelic rock band Motorpsycho and is a dab hand on guitar and vibes as well as trumpet. Here he pulls... > Read more