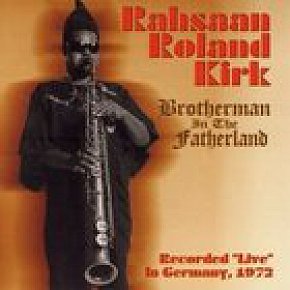 Kirk, who died almost 30 years ago, was one of those musicians who divided jazz critics: some thought he was a showman-cum-charlatan (he could play three saxophones simultaneously) and others thought he was something close to a genius. I head cautiously more toward the latter, although he did often seem to be pulling tricks of a bag to impress rather than to enlighten. Certainly... > Read more

Rahsaan Roland Kirk: I Want To Make It With You 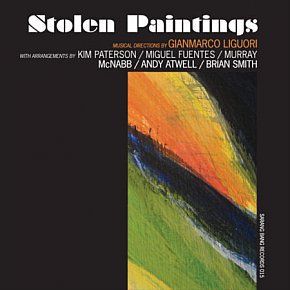 Some weeks ago I mentioned having seen the group Dukes of Leisure play at the Auckland Observatory Skydome. On the same bill was Salon Kingsadore, also enjoying an appropriately spacey venue for music that took off on instrumental astral flights. Liguori is the guitarist with Salon Kingsadore but here leans more towards jazz than setting his controls for the heart of the sun. He called on... > Read more 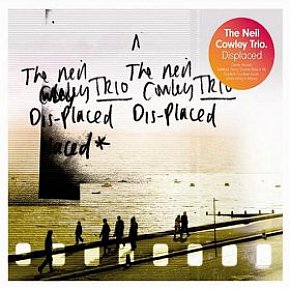 Frankly, British jazz usually doesn't ring my bell. There have been a few artists (Courtney Pine, Andy Sheppard, Jazz Warriors etc) in the past couple of decades who have made an impact, but most have seemed lacking in depth and gravitas, especially when lined alongside some of the hot talent the States is inevitably throwing up. However pianist Cowley -- here with bassist Richard Sadler... > Read more

Neil Cowley Trio: How Do We Catch Up This might seem an unusual choice for Music From Elsewhere -- classical music on violoncello with piano and accordion accompaniment. But Demenga's catalogue is impressive and his '94 duet album with his brother Patrick, 12 Hommages a Paul Sacher, has never been far from my stereo on quiet nights. His on-going series where he alternates historic (notably Bach) and contemporary composers... > Read more The Brazilian trio at the core of Azymuth have been together since Adam was a young man: they started playing together in the 60s, named themselves Azymuth in the early 70s, and are still going today. Their blend of funky electric jazz and Brazilian sounds has been intermittently popular (they were very cool in the mid 70s for example, and had a minor hit with Jazz Carnival in 1980), and for... > Read more The return of saxophonist Charles Lloyd to the frontline in the early 90s after almost two decades away has been one of the most enjoyable in jazz.  If you want to hear downright beautiful and emotionally engaging jazz albums which are seductive rather than confrontational then you can't go past the Lloyd albums of the past decade, especially Lift Every Voice. But I won't lie to you,... > Read more Tunisian Brahem who plays oud --- like a slack-string lute -- steers another fine album under his own name on ECM, a label with a reputation for meticulously produced if sometime emotionally distant music. Here with pianist Francois Couturier and accordionist Jean-Louis Matinier these exotic and evocative pieces conjure up cool nights -- rather than hot days -- in the Sahara and there is an... > Read more An excellent and intelligent reissue of late-60s recordings by the much underrated pianist/harpist widow of jazz sax legend John Coltrane which includes tracks from two albums, Cosmic Music and A Monastic Trio, and resequences them to shift from quartet to piano trio to harp trio. And it goes out on a previously unissued solo piano piece she recorded during the sessions for John's Expression... > Read more

Norwegian saxophonist Garbarek scored a huge crossover album in 1995 with Officium which lined him up with the Hilliard Ensemble for an inspired marriage of the spiritual and the secular which ended up on many classical, jazz and even pop "best of" lists. Garbarek's biting, sometimes clinically incisive, tone has often been described as passionless: not true. Jazz people often... > Read more 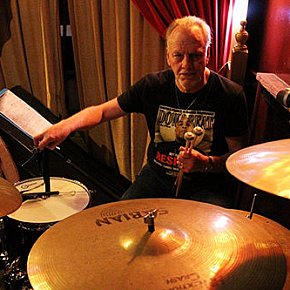 Fifty years ago this weekend, jazz drummer Frank Gibson played his first public concert as an 8 1/2-year-old. And he's never stopped. The son of the late drummer Frank Snr, he has played rock and pop, appeared on over 150 albums and helmed three great Kiwi jazz bands: Dr Tree, Space Case and Jazzmobile. The fusion group Dr Tree won most promising group in the 76 Rata awards and his Rainbow... > Read more 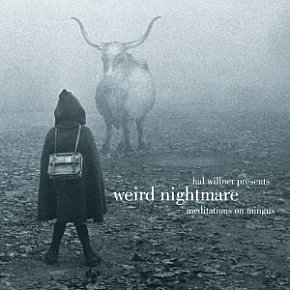 Arranger Hal Willner has put together some exciting, fascinating, irritating collaborations in the past on his tributes to Walt Disney music, Thelonious Monk, Kurt Weill and Fellini soundtrack man Nino Rota. But this one for jazz composer/bassist Charles Mingus is a bit different. Previously Willner would put together people such as rock guitarists Chris Spedding and Peter Frampton... > Read more Mid-last year I was asked to write the liner notes for an album by a local musician. These offers are usually politely declined for obvious reasons. But this one was different, so I agreed to pen some words if I liked what I heard. After the first listen I knew I would - no money changed hands and, should you wish, you can read my notes inside this long overdue album by Auckland drummer... > Read more Maybe it's that trait of self-effacement many New Zealanders have, or maybe Matt Penman is just naturally modest, but his achievements these past five years would have others bannering them large. Penman, an exceptional jazz bassist at age 27, seems almost unfazed as he speaks about recently being in Turkey, before that Russia and, oh yeah, through central Europe also, Japan a few... > Read more They don't make them like Maynard Ferguson any more. At 73 he's still out there on the road almost nine months a year playing his brand of gutsy, big-band jazz to audiences in small and large venues. Yet even in the world of jazz, Ferguson is unique. At one level, he's a populist and populariser, who is known for having hit songs such as his reworking of MacArthur Park and the theme... > Read more 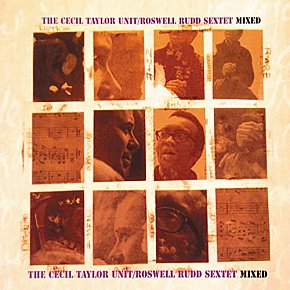 Just as composer, multi-instrumentalist and, for want of a better word, "jazz" musician Ornette Coleman has undergone critical and public rehabilitation this past couple of decades, so too the abstract and angular playing of pianist Cecil Taylor is now finding its way closer to the centre of the main frame. That said, both Ornette's and Cecil's most recent free-form stuff is on... > Read more As an Auckland late-night jazz group, Bluespeak confront that most curious of problems - the criss-cross nature of various members' careers means they rarely perform live these days. Greg Johnson, the singer, composer and trumpeter with the cool mood outfit, is better known for his pop persona fronting the Greg Johnson Set. Pianist and co-composer Tom Ludvigson juggles time with - among... > Read more 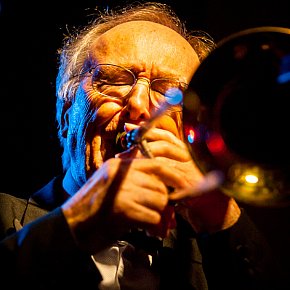 Walk into any decent record shop and there is Chris Barber's name up front on a new album, The Skiffle Sessions: Live in Belfast, recorded last year with Van Morrison, legendary New Orleans piano man Dr John and Lonnie Donegan, the man credited with founding the skiffle movement in 1954 when he sang Rock Island Line.What history books seldom note is that at the time, Donegan, whose skiffle... > Read more 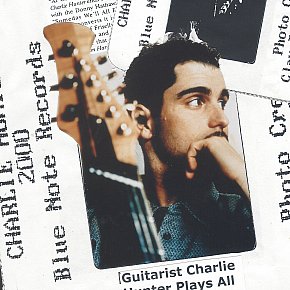 Five years ago, in a smart career move, hot young jazz guitarist Charlie Hunter crossed from the jazz margins into the mainstream with a cover of Nirvana's Come As You Are on his first album for the venerable Blue Note label. That took him onto college radio and to an audience closer to his own age.He's carved an idiosyncratic path since. Subsequent albums have included a cover of Bob Marley's... > Read more 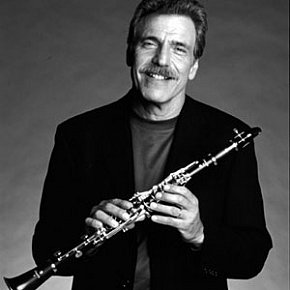 Most jazz encyclopaedias don't give much space to clarinettist, saxophonist and composer Eddie Daniels. Certainly not as much as they should. Perhaps it's because Daniels doesn't conform to the jazz archetype of tortured artist. He is witty, smart and since graduating from New York's prestigious Julliard in 1966 has always been in work. Maybe it's because the instrument on... > Read more Someone who puts you on notice is ECM pianist/composer Misha Alperin who lives in that furrowed-brow world between European jazz and contemporary classical music. There are usually few laughs to be had in his company (Ukraine-born, grew up in Moldavia, studied in Moscow, lives in Oslo, probably never seen a palm tree) and even by ECM’s somewhat frosty standards his album covers are... > Read more