In August 2009, to belatedly commemorate the 40th anniversary of the release of The Beatles double album (aka The White Album of ‘68), some Australian singers (including Tim Rogers of You Am I and Josh Pyke) got together with an orchestra to play the whole thing live. Well, not quite the whole thing of course. It would be a brave or foolish soul who undertook the sound collage of... > Read more To hear trumpeter Tomasz Stańko tell it, life in Poland in the 1960s might not have been quite as grim and mono-chromatic as we believe. -Certainly there was the irony of playing free jazz in the politically repressive atmosphere, and he laughs knowingly when offered a quote by composer-pianist Thelonious Monk: “Jazz and freedom go hand in hand.” “But you see in... > Read more A couple of years ago a very generous Elsewhere subscriber sent me some albums in the Ethiopiques series, music of all persuasions from Ethiopia (mostly club singers and jazz on the ones I received) which were as unexpected as they were enjoyable. I'm told that vibes/keyboard player Mulatu Astatke got a whole disc to himself because he was one of the great pioneers and internationalists in... > Read more 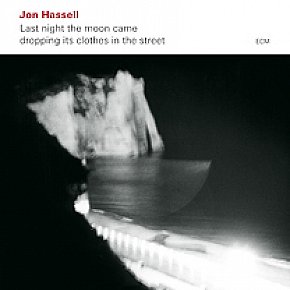 By sheer coincidence, this new album by ambient trumpeter Jon Hassell (full title "Last night the moon came dropping its clothes in the street" from a poem by Rumi) arrived just as I was posting his 1981 release Dream Theory in Malaya as an Essential Elsewhere album. And it is pleasing to report that when it comes to his seductive, unusual, world music-influenced sound that very... > Read more Here is further proof that the past is a different country: this double disc pulls together tracks from Schoof albums of the mid to late Seventies when the contract of jazz was very different. These days -- with only a few rare exceptions -- jazz has retreated from the barricades and most of it is conservative, backward looking or so grounded in its own sense of self-worth that it is hardly... > Read more

Manfred Schoof Quintet: Flowers All Over When my dad was boy he used to make his own crystal sets, small radio receivers so finely tuned if you breathed hard they’d go off the exotic overseas broadcast you were picking up. Within his lifetime he lived from crystal sets into the CD age. I thought of this when Jan Garbarek’s new album Dresden arrived in late 2009. I remembered I first came on this austere... > Read more For the first two-thirds of this album featuring guitarist Abercrombie, violinist Mark Feldman, bassist Thomas Morgan and drummer Joey Baron, the more vigorous emotions are kept in check: the tunes breeze by on Abercrombie's fluid and smooth, warm tone, Feldman offers the barests of suggestions of gypsy violin (and its attendant humours) -- and then on Out of Towner the finger-snap grooves come... > Read more Branford Marsalis, who played in bands with Sting and helmed his own Buckshot LeFonque -- which had a stab at the hip-hop-to-bebop territory -- is these days dismissive of his brief skirmishes with popular music. He’s back playing jazz and much prefers it. The audiences may be smaller but he gets to play exactly what he wants, can look himself in the mirror and the feedback is better.... > Read more Like many artists on the ECM label, the Norwegian guitarist Terje Rypdal is largely faceless: you could have listened to his albums for decades as I have done and still pass him in the supermarket and not recognise him. By my count he’s done about 20 albums under his own name on ECM, and appeared on almost as many others as one of those sidemen-among-equals on projects ECM... > Read more

Rypdal and Bjornstad: The Pleasure is Mine, I'm Sure (from Life in Leipzig, 2009) After the superb duet album The Third Man with trumpeter Enrico Rava, this one by pianist Bollani (with bassist Jesper Bodilsen and drummer Morten Lund) was always going to attract the attention of Elsewhere. But while this is beautifully realised piano trio work -- sensitive, considered, quiet and often quite elegant -- it rarely excites, takes the listener in an unexpected or unfamiliar... > Read more The previous album posted at Elsewhere by this oud player, Le Voyage de Sahar, was one of the best in his long career and -- as with Le pas du chat noir of 2002 -- confirmed that he was craeting his own genre, a kind of Middle Eastern chamber jazz for oud, piano and accordion. There was a cool stillness about Le Voyage de Sahar and that mood carries over into this album with a very... > Read more

Anouar Brahem: The Lover of Beirut 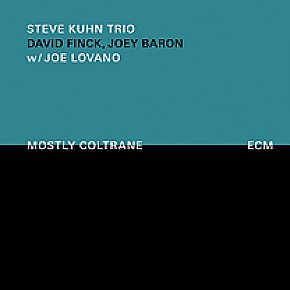 Even those jazz listeners not usually drawn to the sound and style of many albums on the ECM label would find the pedigree of the players here, and the topic of their conversation, mighty appealing: pianist Kuhn actually played with John Coltrane for two months in 1960 when he (Kuhn) was 21; the drummer here in this acoustic group is the great Joey Baron (the bassist is David Finck, both... > Read more Long experience and years of disappointment have taught me that very few among this country’s more established jazz musicians listen to much beyond their own doorstep or record collection. Standards rule, okay? Perhaps if you’d been at it for as long as these musicians -- with the so few rewards, financial or by way of public interest -- you too might retreat into yourself and... > Read more 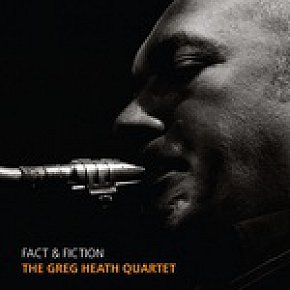 Saxophonist Greg Heath has been in London for two decades now, so you’d have to have a long memory to recall him alongside Rick Bryant in the early 80s as a member of The Neighbours – a band with a revolving door membership anyway. In ‘84 Heath picked up a grant to study at the New South Wales Conservatorium (where another expat jazz musician Mike Nock has had a long... > Read more 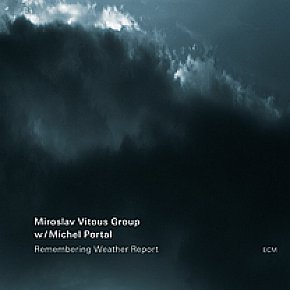 With the reunion of Chick Corea and John McLaughlin; bassist Stanley Clarke back with another trio album with pianist Hiromi and drummer Lenny White; Clarke, Corea, White and guitarist Al Di Meola returning as another Return to Forever; and other Seventies fusion artists on the trail again it looks like that whole movement has been rehabilitated. The nu-fusion from some these people isn't as... > Read more 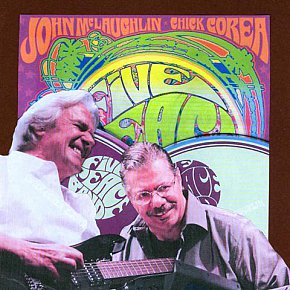 When Chick Corea and John McLaughlin’s Five Peace band played in Auckland in February of 2009, I noted these players – in the vanguard of jazz fusion in the 70s – had re-invented it for a new audience: gone were the faster-than-thou solos which guitarist McLaughlin once inflicted (notably with his intense Mahavishnu Orchestra) but also by engaging in genuine musical dialogue... > Read more 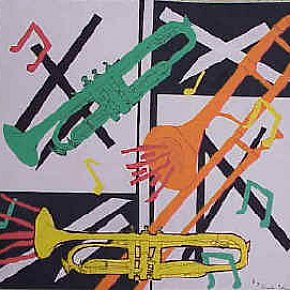 Stastics are easy to refute. Current research shows 87.5 per cent of all statistics are made up on the spot, right? But some stats aren’t worth the trouble of arguing over. So let’s not dispute whether jazz commands about two per cent of its hometown market in the US (as Ken Burns said at the time of his insightful if controversial Jazz doco-series) or three per cent as Martin... > Read more 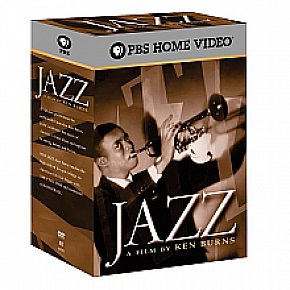 The cartoon shows two old guys in the television room of a resthome. One says, "There's nothing left to live for." The other replies, "Yeah, there is. I'm watching the Ken Burns’ series on jazz and want to find out how it turns out." The joke - if there is one - is we all know how jazz turned out: the once universally popular music divided and subdivided into... > Read more When I was at school, my dad wasn’t concerned about what marks I got. All he wanted to know was, ‘Where were you in the class?’ He figured while 82 per cent sounds impressive, if everyone else got in the 90s then you were in the bottom. That isn’t quite so impressive. The only thing worth knowing was the comparison. Well, comparisons are odious but inevitable.... > Read more For two people about to write themselves into music history, their credentials were not promising. Only a few years previously, the trumpeter was so hooked on heroin that he was almost unemployable and would often fail to show for concerts. The other was a little-known saxophonist whose career was sound but unspectacular. He had played in Dizzy Gillespie's small ensemble which had... > Read more