Sometimes reviewers find words lifted from their articles as a banner for promotion. Film companies seem the main offenders in this: l’ve sometimes written unfavourable reviews of a movie only to see a few judiciously selected words like “an emotional rollercoaster ride” lifted out of a sentence which in full read, “a dreary emotional rollercoaster ride you... > Read more 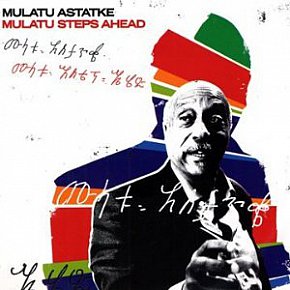 This transplanted jazz musician from Ethiopia (vibes/keyboards) has been one of the major (re)discoveries of the past few years. His ascent continues on this album which drifts to life on the airy, almost ambient opener where muted trumpet pokes over long and languid horn lines to create a post-Kind of Blue dreamscape. Then it springs up a step or two with Green Africa with oddly repetitive... > Read more 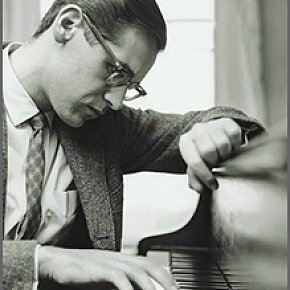 By the merest shift of the prism Moon Beams, the album by the jazz trio lead by pianist Bill Evans, could easily be under Essential Elsewhere. But that of course would deny the genius of his recordings with bassist Scott LaFaro in late Fifites (and drummer Paul Motian) with whom he developed an intuitive understanding. But 10 days after sessions in  June '61 which became the Waltz for... > Read more Humour hasn’t had much place in jazz. Certainly Dizzy Gillespie and Louis Armstrong entertained by mugging things up. But mostly jazz is poker-faced music played to furrowed brow audiences which think it’s somehow more morally uplifting than other music. A couple of years ago Denis Dutton, the philosopher/academic from Canterbury University, wrote of an anti-capitalist... > Read more 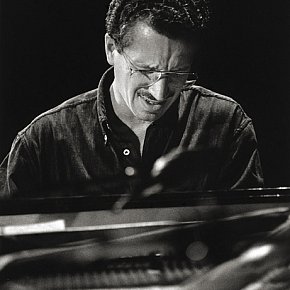 KEITH JARRETT: THE MELODY AT NIGHT, WITH YOU (1999). Distilling genius

These days, Keith Jarrett gets as much space, sometimes more, in jazz encyclopaedias as the great saxophonist John Coltrane.  That irritates some people, it would be like Van Morrison getting more than Sam Cooke in a dictionary of soul. But there’s a reason: they’ve lived longer, done more. When Coltrane died in 1967, he’d had an effective playing career... > Read more 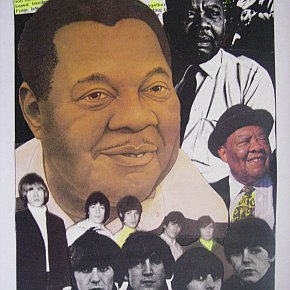 About 20 years ago I interviewed the legendary Kansas City pianist, Jay McShann, in an Auckland bar. He’d flown in late the previous afternoon, had a “talk-rehearsal” with the local rhythm section, and that night played two exceptional sets of good-humoured Kansas City boogie and blues, sometimes sounding like he was coming at you direct off an ancient 78rpm disc. McShann... > Read more Bassist Dave Holland has always had a much deserved reputation for his big band line-ups for which he writes interesting charts and gets in some of the finest (and often up-coming) jazz players. Here he has the benefit of some established names: sax and flute player Antonio Hart, trombone player Robin Eubanks and vibes player Steve Nelson among them. These seven tracks nod to the... > Read more 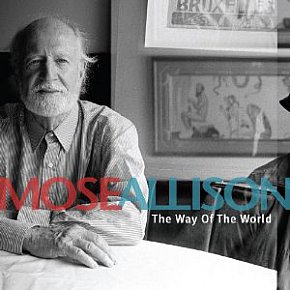 Mose Allison is one of those slightly obscure figures whose name is often heard in interviews with the likes of Van Morrison and Elvis Costello -- and he was also the subject of a song by the Pixies. Way back he also wrote Young Man Blues (covered famously by the Who) and Parchman Farm (covered notoriously by Blue Cheer), and the Clash did a version of his Look Here on Sandinista. But... > Read more 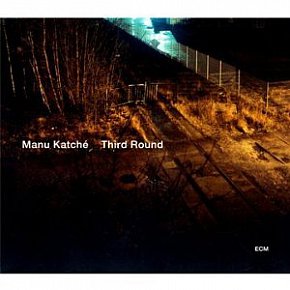 This album under the name of mutli-culti French drummer Katche (who has worked with Pat Metheny, Jan Garbarek, Joe Zawinul, Al Di Meola,  Sting, Tori Amos, Tomasz Stanko,  Peter Gabriel et al) has to be counted a major disappointment for its sheer lack of bite. This is polite, spacious, mostly inoffensive if gently listenable jazz but very little here stretches out (nothing tops... > Read more

Manu Katche: Out Take No 9

Even longtime jazz listeners would be forgiven for not recognising the name of New Zealand-born double bassist Jonathan Zwartz. He left this country for Australia in the early Eighties, studied in the US while playing alongside the likes of Rufus Reid, and returned to Sydney a couple of decades ago. He can tick off playing with Pharoah Sanders, Branford Marsalis, the Laine-Dankworth... > Read more 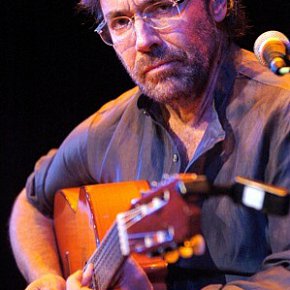 At 55, Al Di Meola -- who still lives in New Jersey close to his musical roots -- has had a long and influential career, and was one of the great innovators on electric guitar. In the late Sixties and early Seventies he played small clubs in New York and around Boston while at Berklee, but was largely an unknown when he made his debut appearance with the jazz-fusion outfit Return To Forever... > Read more 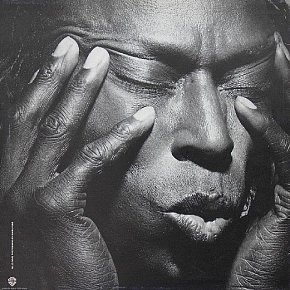 When trumpeter Miles Davis turned 60 in 1986 the New York weekly Village Voice marked the occasion with a lavish 28-page supplement of essays and critical opinion. By way of introduction the editor, Gary Giddins, wrote words which seemed admirably bare and understated: “For four decades Davis has been in the forefront of American music – as a trendsetter and as a lightning rod... > Read more 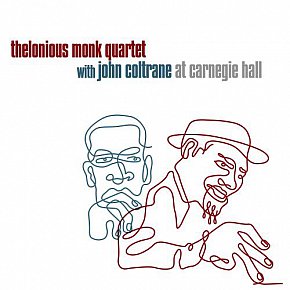 Thelonious Sphere Monk was one of the most gifted -- and eccentric -- of all jazz musicians. The memorably named pianist/composer, who died in 1982 aged 64, helped define the bebop movement and his quirky, angular compositions are among the most memorable in jazz. To drive them home he gave them titles such as Epistrophy, Humph, Crepuscle With Nellie and Well You Needn't. His... > Read more The previous album by young ECM pianist Gustavsen at Elsewhere was his trio album Being There which was named a Best of Elsewhere 2007 album. Echoes of that group's delicate beauty and vibrant muscularity are evident in this quintet with vocalist Kristin Asbjornsen who here sings lyrics adapted from W H Auden's Another Time on four of the 11 pieces. Her slightly scuffed, blues-ballad voice... > Read more Among the many things Wynton Marsalis learned from Miles Davis was this: never undersell yourself. If you know you’re a genius just say so. If you know the past and future of jazz just tell people you do. Don’t hold back, put yourself in the lineage, come off arrogant if need be. What Wynton didn’t learn was to say “and fuck you all”. He went for the grand... > Read more 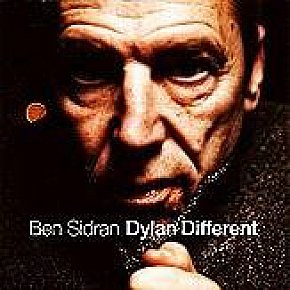 There’s no shortage of Dylan tribute albums but this is certainly different: pianist-singer Sidran takes his lowkey, jazzy speak-sing style to Dylan songs in the company of a small band and guests (among them Georgie Fame). It doesn’t always work: he strips the menace and meaning out of Everything is Broken, Highway 61 Revisited and Ballad of Thin Man, but on Rainy Day Woman... > Read more

Ben Sidran: All I Really Want To Do 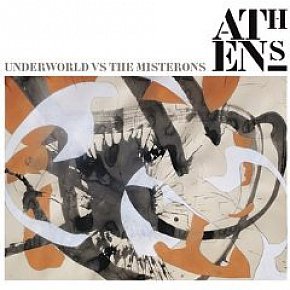 This might not be what some would expect from the techno stars Underworld, but this excellent compilation serves a number of purposes outside of being fascinating in its own right. It is a collection of some of their favouite tracks from the more meditative end of the musical spectrum so has a kind of neo-ambient, avant-jazz flavour, and also allows a new audience to hear for the first time... > Read more

Mahavishnu Orchestra: You Know You Know There's an old joke: if you want to make a million dollars out of jazz, start with two million. Jazz is notoriously unprofitable for its performers and record companies (a decent selling jazz album in the US sells about 3000 copies, the days of 50,000 are long gone) and yet people still do it. Why? Simple, because they love this music and believe that it is an art form like no other.... > Read more 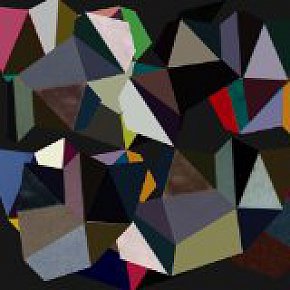 This second album by the British quartet confirms why they are one of the most interesting things on the British improv/jazz scene: and not because they are fiery adrenalin-infused post-bop players. Quite the opposite in fact. This London-based outfit (who were nominated for the 2008 Mercury Prize for their debut album Knee Deep in the North Sea) bridge the worlds of mainstream post-bop,... > Read more 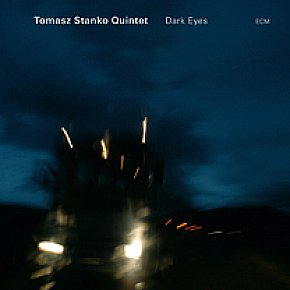 Polish trumpeter Stanko has been introduced previously at Elsewhere on the ocassion of his excellent Lontano album. Here with yet another line-up he essays some slightly sombre territory (The Dark Eyes of Martha Hirsch, Krzysztof Komeda's Dirge For Europe) with a kind of European stateliness which isn't quite as emotionally gripping as some of his previous work. That said, these pieces also... > Read more