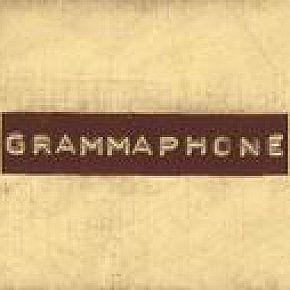 Got to say when I went to school it was a big deal just to be in a band and the thought of making a record was beyond our comprehension -- which made Nooky Stott, drummer with Larry's Rebels, something of a distant (if slightly overweight) god to us. But times change (for the better) and these students from Auckland Grammar not only recorded, but produced a very impressive double disc in a... > Read more 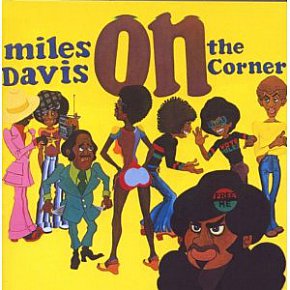 MILES DAVIS, ON THE CORNER RECONSIDERED (2008): The man with the bellbottoms

The cliche has become so embedded that hardly anyone questions it: “indie label good, major label bad”.   As with most generalisations it doesn’t support much scrutiny: small indie labels may be more comfortable for musicians because they know the boss, but they can also be woefully amateurish, financially incompetent and unable to get the music to the audience which... > Read more 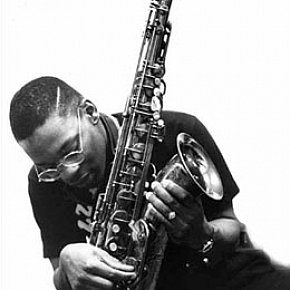 If musical talent is in the genes then Ravi Coltrane was twice blessed: his father was the legendary tenor saxophonist John Coltrane whose spiritual and searching bebop redefined jazz in the late 50s and 60s; and his mother was the gifted pianist/composer Alice who played in her husband’s group and whose own creative contributions have perhaps been unfairly overshadowed by his... > Read more 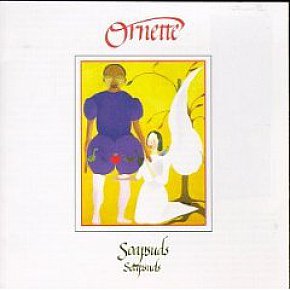 English rock-writer Charles Shaar Murray had a neat, if rather obvious, line about the band Pop Will Eat Itself. If it was only pop that was eating itself, says Murray, then there would be more grounds for optimism. But at a time when music is more an industry than an art form – as Noel Gallagher observed, some bands only release music for the ringtones – a lot more than pop gets... > Read more

Ornette Coleman and Charlie Haden: Some Day (from Soapsuds Soapsuds on Artists House, 1978) 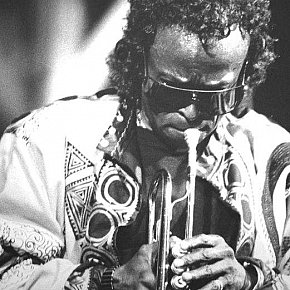 For even the most devout Miles Davis follower, it was difficult to anticipate what the legendary trumpeter would pull out for his one-only Auckland concert. Recent albums weren’t helpful – they sport different line-ups to the seven-piece outfit he was bringing – and overseas concert reports were divided between hagiographies and outright contempt. Nothing could prepare... > Read more 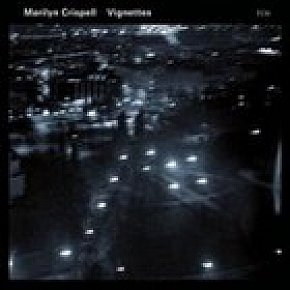 American pianist Crispell was a longtime member of saxophonist Anthony Braxton's often demanding quartet, and that alone tells you she knows what it means to be put on the spot under the spotlight. Braxton's was assiduously thoughtful improvised music which sometimes had the discipline of mathematical construction. But with sweat. The ECM label however often invites a more contemplative... > Read more Multi-instrumentalist Micus first crossed my path about two decades back with his beguiling Wings Over Water album on which he played (among other things) tuned flowerpots. You don't easily forget someone like that. He has continued on his quiet and considered path adding unusual string things, choral singing, gongs and much more to his musical pool and while there is a New Age aspect to... > Read more The rehabilitation and resurrection of saxophonist Lloyd is outlined elsewhere at Elsewhere (see tag) but in brief it goes like this: he made huge selling album in the late 60s which was embraced by hip hippies, accusations of "sell out" from jazzers followed, the wounded Lloyd retreated from the public gaze, then slowly reappeared via ECM in the late 80s with a series of superb... > Read more 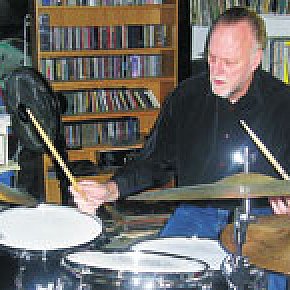 Early in 2007 I would get calls from Frank Gibson, who some say is arguably this country’s finest drummer. I would have thought that was beyond argument myself. Frank was asking what he could do, how he might capitalise on a playing career that had taken him around the world, won him numerous awards and the acclaim of musicians across at least two generations, seen him play... > Read more 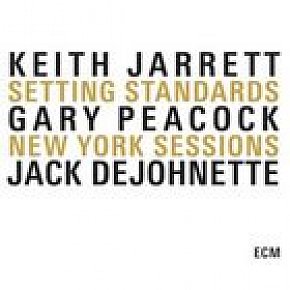 Pianist Keith Jarrett's career and recent work has been well covered at Elsewhere so all that needs be said about this triple set is that it collects the two albums in his Standards series with bassist Gary Peacock and drummer Jack deJohnette in which the trio explored with sensitivity and contemporary relevance the Great American Songbook, and their daring Changes album -- all recorded in a... > Read more

Jarrett/Peacock/DeJohnette: I Fall in Love too Easily

In my experience, jazz people tend to live in the past. Radio programmes are more often about the greats of yesteryear than the living, jazz mags essay Ellington over ECM, and in any given year you get the clear message that record companies are more interested in reissues than recording new names. Jazz musicians too contribute to this: older hands are frequently sniffy about... > Read more 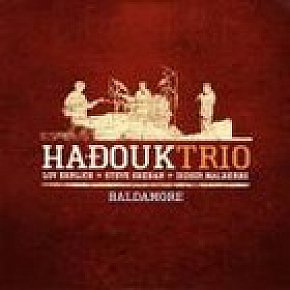 For an issue of Real Groove magazine I wrote about how boring many New Zealand jazz albums are -- they simply don't surprise and are often retreads of standards which have been done better elsewhere. I like my jazz to have an element which makes me sit up and listen -- and this French/North African trio managed to do that, and more. I haven't air-punched to a jazz album in many years.... > Read more 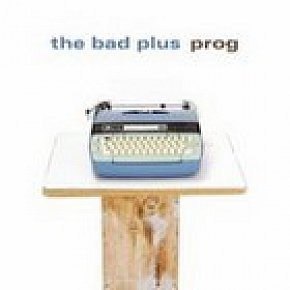 This US jazz trio comes with formidable advance notices: Rolling Stone (not exactly a jazz journal) described their music as "action packed and totally schizophrenic -- in a good way". I don't hear it quite that way. They certainly pound up a storm sometimes (the thundering repeated piano chords and percussion in the nine minute Physical Cities here) but can also craft music of... > Read more

The Bad Plus: Tom Sawyer 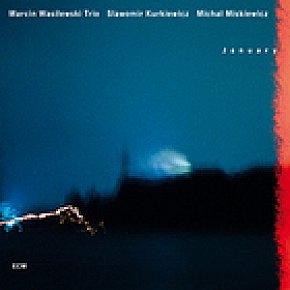 If you go to the Thomas Stanko essay/review under Absolute Elsewhere (see tag) you may read at the end my cheap witticism about the names of these guys. That said, it works for me -- I took one look at the names here (pianist Marcin Wasilweski, bassist Slawomir Kurkiewicz and drummer Michal Miskiewicz) and remembered them immediately. When you are teaching little ones to read they call... > Read more 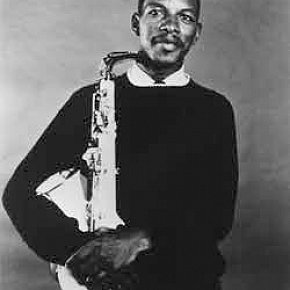 I thought I knew all about Ornette Coleman, a man nominally described as a jazz musician but among the most unconstrained musical geniuses of the 20th century.  I’ve got a couple of dozen Coleman albums on vinyl and at least that many CDs. I’ve got bootlegs and biographies, and a photo of Ornette and me on a couch in a New York loft taken when I interviewed him in ‘96.... > Read more 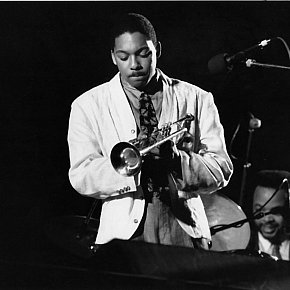 Only a few jazz musicians have actually changed the course of the music: Louis Armstrong, Duke Ellington, Charlie Parker and Dizzy Gillespie, Miles Davis (twice, maybe three times) and Ornette Coleman undeniably reset the compass -- and Wynton Marsalis certainly did. However many would qualify Wynton with, “but not in a good way”. The trumpeter from New Orleans broke... > Read more 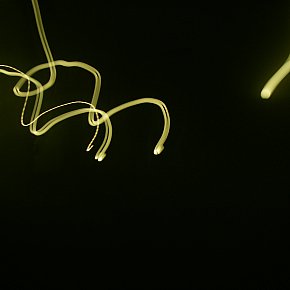 In a remarkably short period in the mid 80s, maybe 18 months, Wellington’s Braille label released a swag of albums -- I have eight, there may have been more -- which were nominally “left-field improv”. There was a bit of free jazz, some faux-Dixieland and assaults on jazz standards, and too many unmemorable originals which noodled around to no great effect. Braille’ best... > Read more 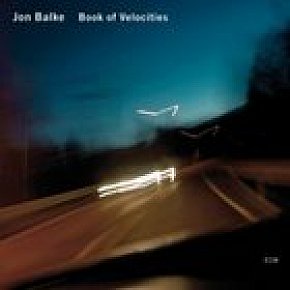 From the school of "so spare it's barely there" comes this delightful, melodic and restful debut solo album by the Norwegian pianist Balke, here improvising through 19 short pieces (the longest short of five minutes, most between two and four minutes). They are not miniatures as such, more like fully realised ideas that need be extended no further. In places Balke -- who also... > Read more Now in his early 40s this tenor and soprano saxophonist has taken his time to emerge, but then again there was a huge shadow cast over his life. His father was jazz legend John and his mother the pianist/composer Alice. Not that he seems to have suffered unduly by these possibly career-crushing associations (there is an interesting interview with the good humoured Ravi under Absolute... > Read more 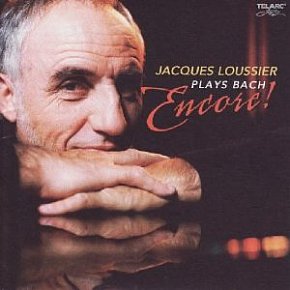 Those of us with long memories and greying temples will remember a time when New Zealand television had cultural programmes in prime time, albeit in black'n'white. One of the mainstays of those days was pianist Jacques Loussier whose trio jazzed up Bach, and looked very cool doing it. Loussier made a bit of a career out of jazzing the classics, but unlike some he seemed to have an intuitive... > Read more