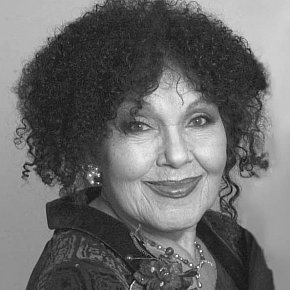 At 77 and with a career of almost six decades behind her, Cleo Laine admits she is slowing down a little. But not much. This year she is fully booked and that includes dates in Australia and New Zealand, as far as it is possible to get from her stately home in Buckinghamshire where she lives with her husband of 46 years, John Dankworth. Although widely recognised as a Britain’s... > Read more 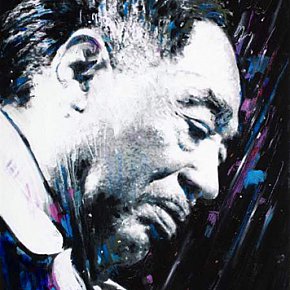 Few statements about music can be delivered unequivocally, but here's one: Edward Kennedy Ellington was one of the greatest composers of last century. And of all time. And no discussion need be entered into. Other than to observe he didn't "compose" in the traditional sense: most of his best-known songs were written with collaborators, his instrument was an orchestra, and his... > Read more 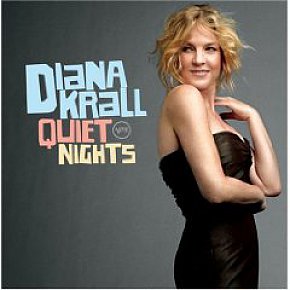 Popular though she might be, Canadian Krall (interview here) has been considered something of a lightweight jazz chanteuse and it has perhaps only been live when her piano playing comes into its own. But her 2004 album Girl in the Other Room (many of the lyrics co-written with her new husband Elvis Costello) was a great leap forward into more demanding material. On a first listen to this... > Read more

Diana Krall: Walk On By 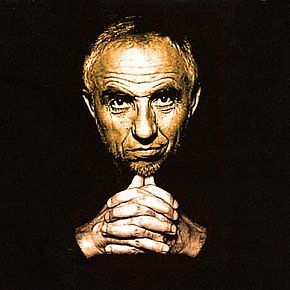 Jacques Loussier, who popularised jazz back when television was broadcast in black and white, says his career came about by accident. Half a century on from his first album and four decades-plus since his Play Bach series screened across the world in prime time, he still pays classical music in a jazz manner. “The people at the record company [Decca] said, ‘What can you... > Read more 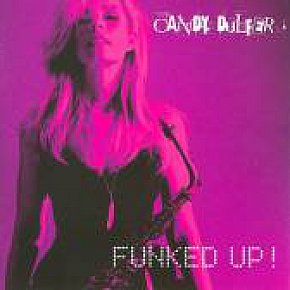 Consumer law revolves on the principle of "fitness for purpose" and you won't catch this saxophonist out on that score: this double disc is as it says on the cover, one disc of funked up and the other of . . . Well, it's all very Seventies however and "funked up" means disco-flavoured cuts and the "chilled out" isn't so much chill-out room music but sultry... > Read more

Candy Dulfer: Anything You Need (from Chilled Out) 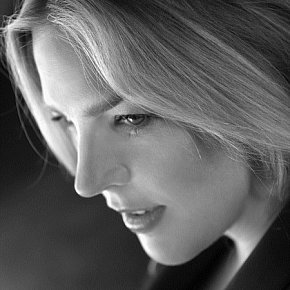 Grammy-gathering jazz pianist and chanteuse Diana Krall is shameless about her musical taste. She's about to go on stage in Philadelphia with Tony Bennett, but is confessing about the music she's listening to on the tour. Not unexpectedly, she rattles off a few by jazz artists such as John Coltrane, Cannonball Adderley and Ella Fitzgerald, namechecks Johnny Mathis a few times, then ...... > Read more

Diana Krall: I've Got You Under My Skin 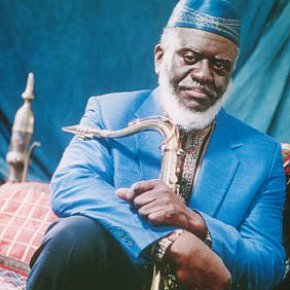 Pharoah Sanders proves to be not the easiest of interview subjects. But if he has a poor phone manner and doesn't sound interested in talking, you tend to forgive him because he's a jazz genius. Or at least an occasional genius, although one who has consistently alienated critics. Maybe because he has rushed in and is about to rush out we should be grateful for the 15 allotted minutes --... > Read more 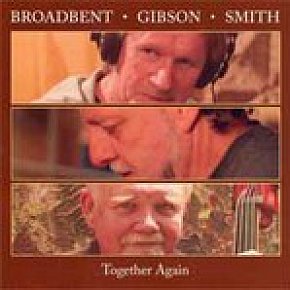 The title of this album might better be Together Again . . . At Last because it has been far too long since LA-based pianist/composer Alan Broadbent and bassist Putter Smith recorded with Auckland drummer Frank Gibson.  (It might not seem that long because their Over the Fence album of 1990 was reissued on Ode two years ago.) That said, they fit seamless together once more on this... > Read more 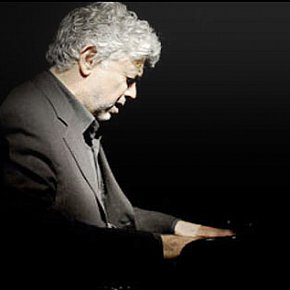 You can take the boy out of Jamaica, but you can't ... you know the rest. So maybe it should be no surprise that when jazz pianist Monty Alexander speaks, even after 40 years of living in America, those languidly drawn out vowels of his Kingston boyhood have remained intact. Even so, this longtime New Yorker sounds more like Bob Marley coming down a phoneline than you might have imagined.... > Read more

Monty Alexander: My Mother's Eyes (from the album Live at the Iridium, 2005) 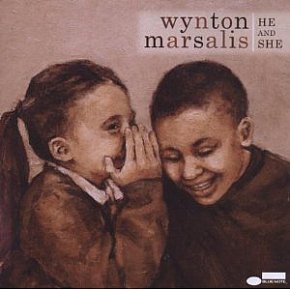 It must be difficult being Wynton Marsalis, having done it all (at least if you consider "all" being going backwards through jazz pre-Sixties and bringing the music to the current generations) you must find the search for new forms of expression quite awkward, especially if you limit your palette as he has done. His recent outing From the Plantation to the Penitentiary in which he... > Read more

Wynton Marsalis: A Train, A Banjo and a Chicken Wing 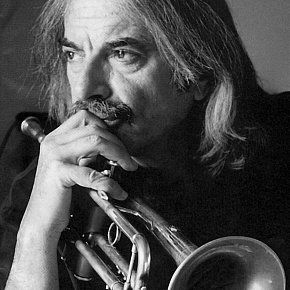 It’s disappointing and embarrassing that one encounter may put you off a musician for such a long time. Then, shame-faced, you crawl your way back later and have to concede everybody else was right. When I first heard The Band I was into loud rock’n’roll and these country music guys just seemed exceptionally dull and -- the worst crime in rock -- worthy. Well,... > Read more 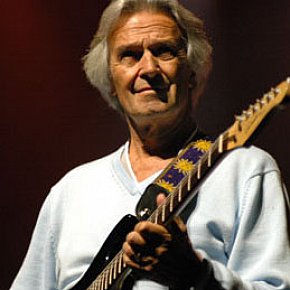 "I'm still at the beginning of my life and career,” says 67-year old guitarist John McLaughlin. “I don’t really think much about what I’ve done, I don’t have much time to think about what I’ve done. “It’s a worn out phrase, but today is a brand new day and there is a lot to do -- but the great thing about music is you very quickly... > Read more

John McLaughlin: We Will Meet Again (from the album McLaughlin Plays Bill Evans, 1993) 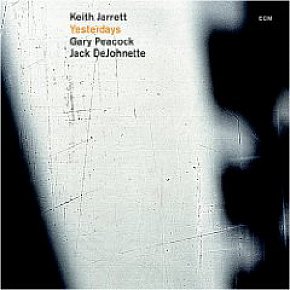 Arguably the greatest working jazz trio in the world today, pianist Jarrett, bassist Peacock and drummer DeJohnette once more look back for source material while remaining utterly contemporary in their approach. Just as they have done when delivering excellent interpretations of material from the Great American Songbook, here they re-invigorate swinging bebop (two Charlie Parker pieces,... > Read more 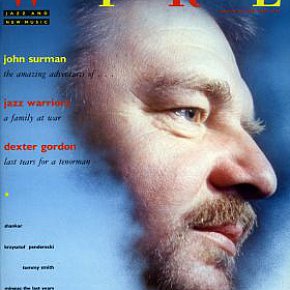 The European jazz label ECM rarely uses photos of musicians on its covers: usually they are blurry photos taken out a moving vehicle; monochromatic landscapes; eerily evocative imagery . . . They rarely have liner notes and cloak the music with an air of esoteric mystery. There might also be a more practical reason: most jazz artists aren’t as, shall we say, photogenic as many rock... > Read more 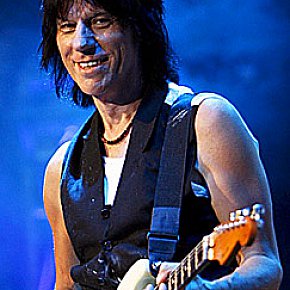 It might not be the first question you ask guitarist Jeff Beck -- it was actually my last -- but it does need to be put: “So Jeff, when you saw Spinal Tap did you think, “Oi, that geezer’s got my hair on?’ “ Beck, who has long had a reputation as a difficult customer -- but hasn’t proven so in this conversation -- laughs loud and long at the thought of... > Read more 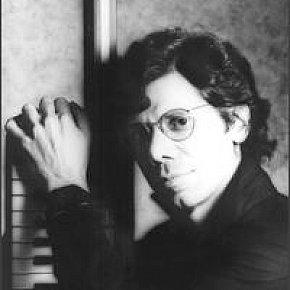 After the long drought came the flood: just 10 days on from Herbie Hancock’s Auckland concert in early 2007 came that by Chick Corea, a keyboard player whose jazz career is equally long and diverse. For jazz lovers used to years between international artists of this calibre, these musicians connect to two great periods in jazz: Corea replaced Hancock in Miles Davis’ great late 60s... > Read more

Chick Corea: It Could Happen To You 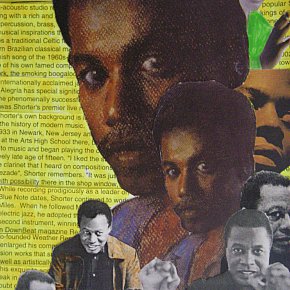 When my eldest son bought a one-way ticket to London and packed his bag, he brought over three boxes of vinyl for me to store. Over the weeks I picked my way through this eclectic treasure trove admiring his excellent taste, sometimes wondering where I had gone wrong (the Joey and John Travolta albums, were a joke, surely), his bizarre acquisitions (Spiderman and Wonder Woman albums?), and... > Read more 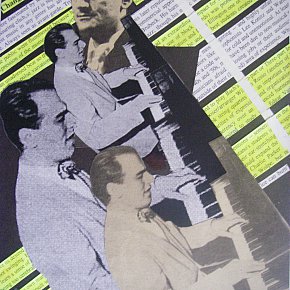 Strange coincidences can be unnerving. They make you wonder if there isn’t a guiding hand behind the randomness of life. In late 2003 while unearthing some old vinyl I turned up an album I thought deserved a re-hearing. I put it by the stereo and promptly forgot about it. It was by American pianist Lennie Tristano. The thing was still there when someone asked for a copy for a... > Read more 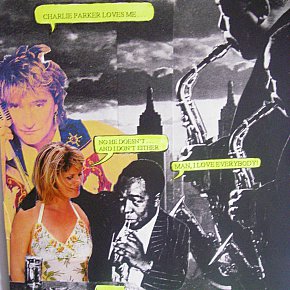 The night I heard Rod Stewart and Rachel Hunter had separated I went on a half serious, half parody, totally drunken Rod bender. I played all his Famously Scottish Songs (me‘n’Rod bellowing “here’s one Jacobite, won’t be home tonight” across 2am suburban streets), some of the old classics (I may have even dragged out the Jeff Beck album Truth for a blast of... > Read more 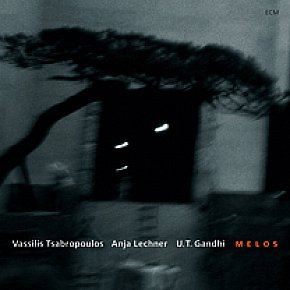 On a first encounter you will think you won't get much bbq season play out of this melancholy, autumnal album of original pieces by pianist Vassilis Tsabropoulos and interpretations of short compostions by Gurdjieff which come coloured by the lachrymose violincello of Anja Lechner. Song of Prosperity 1 sounds anything but. However there is a keen emotional intelligence here best heard in... > Read more