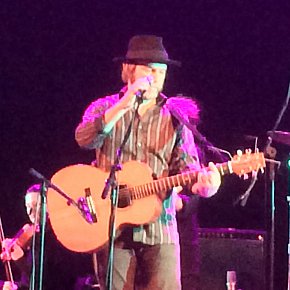 In his funny, insightful and barely disguised autobiographical novel The Big Wheel of 1990, Bruce Thomas – then the former bassist with Elvis Costello's Attractions – tells of meeting up with the Costello character after the band had broken up a few years previous. The once acerbic, angry and country-punk Costello figure — whom Thomas simply refers to as The Singer... > Read more 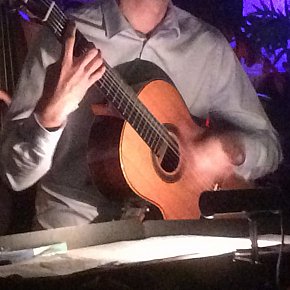 Given the musical breadth, geographic width and emotional depth of Simon Thacker's music it was disappointing that his sole Auckland concert — the final on a nine-date New Zealand tour — should be held in such a small room as the 1885/CJC club and only be attended by a modestly sized, if enthusiastic, audience. But that too often seems to be the way of it these days for an... > Read more 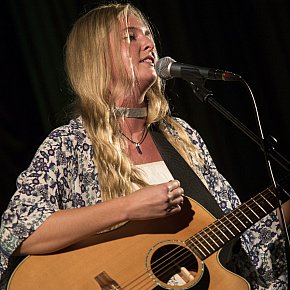 In the many decades before television, people would dress up and go to the movies, and so there were cinemas in most small towns, and in the suburbs of major cities. In Auckland up until the mid Sixties there were a dozen movie theatres on, and immediately around, Queen Street. Today only three remain: the Classic (now a comedy club), the abandoned St James and of course the mighty... > Read more 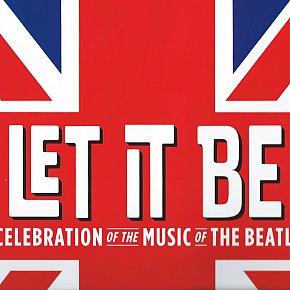 There's a very simple answer to the question of why people go to tribute shows. They go to hear the familiar music . . . and to check out how well the performers deliver songs, guitar solos, drum fills on so on that are usually deeply imprinted in the memory. They also look at the costumes, equipment and ancillary aspects of the production (back projections,... > Read more Driving in to New Plymouth at lunchtime on Friday under beautiful Taranaki skies, I scanned the channels and caught someone saying that this year's Womad – due to start about five hours after I pulled into the hotel carpark – was going to be a sell-out, the first since 2007. Good, I thought. It deserves to be. That's because the line-up this year was so strong.... > Read more 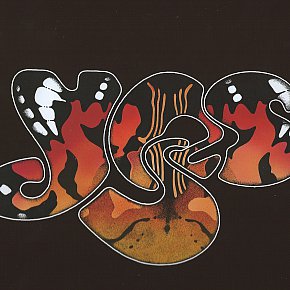 Among the many myths of British punk is that it wiped out prog-rock bands almost overnight. No more songs about goblins and wizards, no more 20 minute songs which were little more than arpeggios strung together, no more gatefold sleeves containing concept albums, a choir, full orchestra and the libretto. All that swept away by phlegm and bile,... > Read more 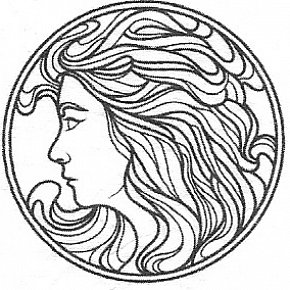 Like most people I suppose, I can remember my first pop concert. It was cool. Well, it wasn't the best you could cite to make yourself out to be a cool kid. It wasn't the Stones (that came a few months later) but little-known Australian pop star Normie Rowe playing to an almost empty Crystal Palace picture theatre in Mt Eden. He was on one of those package shows so common back... > Read more 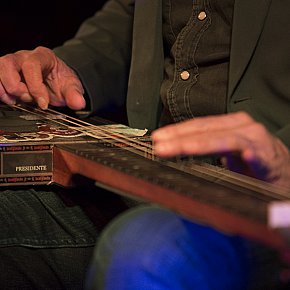 About now Real Groovy – the secondhand and new music store on Queen St in Auckland – is celebrating its 331/3 anniversary. Has it been that long since they had their little shop at the top of Mt Eden Rd? Their original store might have been small but it was a magnet for the likes of me, mainly because one day... > Read more 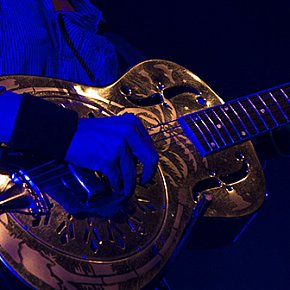 Some time at the tail end of last century I spent a very funny evening backstage with Tina Turner, Neil Diamond and Rod Stewart. There were lots of laughs . . . although it did seem there was some tetchiness between Rod and Neil. Rod told me later that Neil drank too much. Neil, a plumber or something like that, was a nice guy but I could see he... > Read more 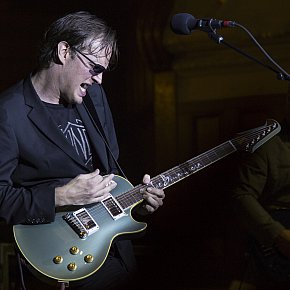 When Tina Turner was filling stadia in the late Eighties I had the misfortune of seeing her twice in quick succession. But let's be clear, Turner was exceptional and although she delivered the same show each time you got the clear impression she was up there giving it her all. If it was a bluff, it was convincing one. The problem... > Read more 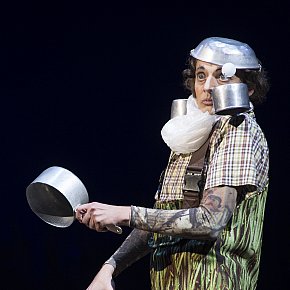 Many years ago I went to a circus, one of those real old fashioned ones with jugglers, a tightrope walker, clowns, acrobats and so on. No animals of course – although I'm ashamed to say I would have liked to see a lion tamer or a dancing horse – and it was all very low-rent. It was one of those traveling shows under a Big Top (which was... > Read more 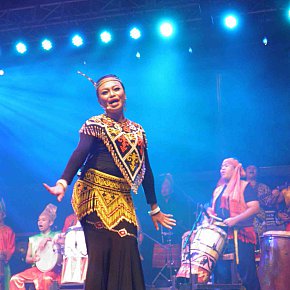 Every music festival likes to think of itself as unique, and by definition it is. The location and cultural context – which create the ambience – as well as the different roster of acts ensure that every festival is a one-off experience, even those which take place year after year. But it can be interesting and even useful to compare festivals which have nominally a... > Read more 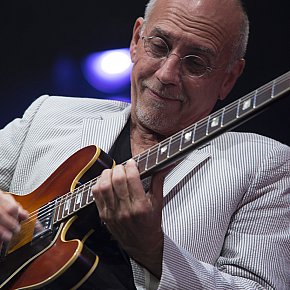 There's an old joke about jazz promotion: if you want to make a million bucks, start with two mill. The amorphous audience is the great unknown. As some promoters have found, you can bring the greatest jazz performers here – for example Charles Lloyd in 2010 who not only had a massive hit album with Forest Flower in the late Sixties but has been delivering exceptional albums... > Read more 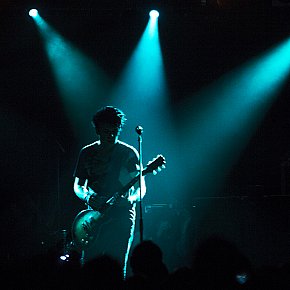 Many many years ago, I interviewed the British musician Thomas Dolby who had enjoyed a big hit with She Blinded Me With Science in '82. It was notable for having spoken word samples from the well-known and somewhat eccentric scientist Magnus Pyke on it. It was almost a gimmick hit, but Dolby struck me as a real smart cookie. (I was... > Read more 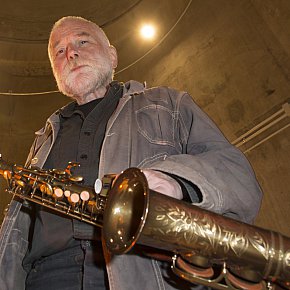 There were a couple of key junction points where jazz parted company with its broad audience. The first came when it uncoupled itself from dance music in the post-war period and by the Fifties had become a serious, listening art form. The second occurred when – a decade later – musicians extended the jazz contract into what became the politicised “free jazz”.... > Read more 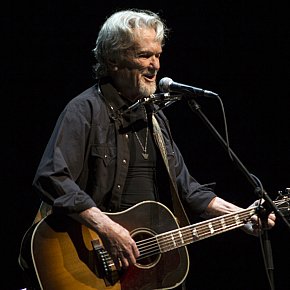 Exactly 20 years ago I heard a song which changed the way I thought about how a song can be interpreted. It was at Carnegie Hall and the occasion was the 50th anniversary of the Verve jazz label. On the night an impressive roster of performers rolled out, but one man and one song he sang made such an impression I can hear it even now. It was Antonio Carlos Jobim and he sang his... > Read more 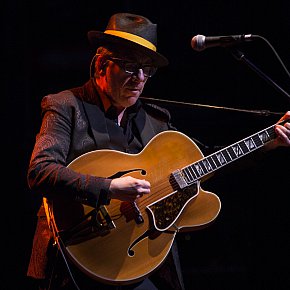 Most artists understand their audience's requirement and expectation so include at least a smattering of their most famous or best loved songs. And so it was that Elvis Costello and his gifted Imposters fired off in quick succession I Don't Wanna Go To Chelsea, Pump It Up, My Aim is True, Oliver's Army, What's So Funny 'Bout Peace Love and Understanding . . . But in this exceptional show... > Read more 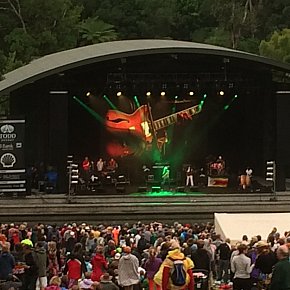 The glee-cum-concern with which weather forecasters last week announced the impending tropical cyclone doubtless accounted for “calm before the storm” being heard as often on Friday, Womad's opening night, as frontman Ryo Nakata of Japan's enjoyably bizarre soul-funk band Osaka Monaurail shouting, “Are you ready?” The large crowd had been ready since the... > Read more 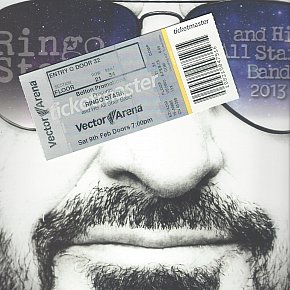 Given that previous incarnations of Ringo's All Starr Band included members of The Band, Joe Walsh, Nils Lofgren (a one-time solo act, now of Springsteen and Neil Young groups), Ian Hunter (Mott the Hoople) and other luminaries, this line-up looks like the B-team. Although they have fine pedigree -- Todd Rundgren (who played an indifferent and undersubscribed show here in late... > Read more 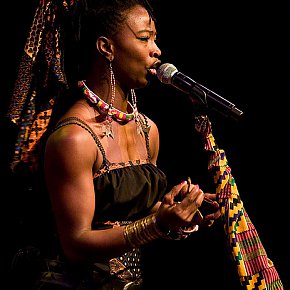 While many came over green and Irish on Saturday (St Patrick's Day), the Womad crowd typically enjoyed the bigger picture of a rainbow-hued, multicultural music festival with over 400 performers from 21 nations entertaining (and educating) under a cloudless Taranaki sky. It was a day of sunscreen, silly hats, neo-hippie interpretive dance and music from almost every corner (and sometimes... > Read more