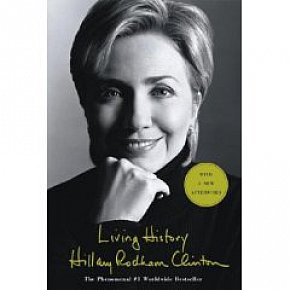 Last week, late-night US television host Jay Leno quipped about a matter diverting American attention - the long-awaited US$8 million ($13.85 million) memoirs of Hillary Rodham Clinton. "Hillary Clinton's book hits the stores this Monday," he said. "Oh boy, it took her a long time to write it. But in her defence, every time she tried to use the desk, Bill was always using it for... > Read more 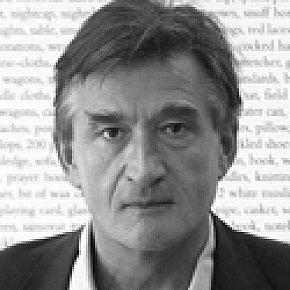 In the final weeks of the siege, battle-weary troops defending the capital were forced back through the inner suburbs by tanks and artillery. They fought out of fear of capture, and some from loyalty to a failed ideology. They were outnumbered and outgunned.By day their city had been bombed into submission by American planes taking advantage of their unchallenged freedom of the skies. At night,... > Read more

Mark Kurlansky is the writer many others want to be: his career in journalism took him to Europe, China, the Caribbean and Middle East, and he lived for a time in Mexico City. His award-winning books are enormously popular despite addressing unusual subjects, notably the complex histories of cod, salt, and the Basques. He has also written an acclaimed novella, and has a column in Food and Wine... > Read more 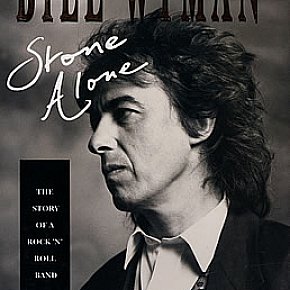 It’s probably a bit cruel to destroy people’s faith in myths -- like telling a six-year old the truth about Santa Claus -- but the reason there are so few decent autobiographies and biographies in rock music is simple: the central characters aren’t that interesting. Being a musician at that fascinating interface of low art and high commerce doesn’t necessarily bring... > Read more 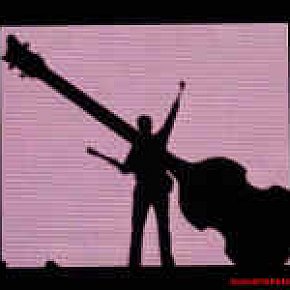 Paul McCartney is the Beatle old fans love to hate: his sins are manifest in Silly Love Songs, a Linda and not a Yoko, the permanent Mr Thumbs Aloft attitude, the knighthood which his old colleague John Lennon would doubtless have declined …. But there is worse. This past decade, by quiet incremental steps, we have witnessed the rehabilitation of Paul McCartney; mostly at his own... > Read more 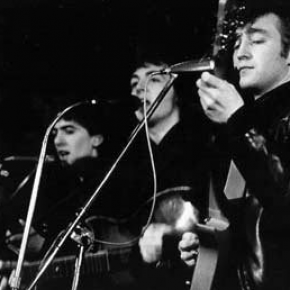 If the name Jurgen Vollmer isn’t familiar at all, it’s because it only ever appears somewhere around the first chapter of even the most brainless Beatles biography -- then drops out forever. Vollmer was one of a group of self-styled existentialist art students in Hamburg -- photographer Astrid Kirchherr the most well known -- who, around 1960, adopted the Beatles, then playing... > Read more 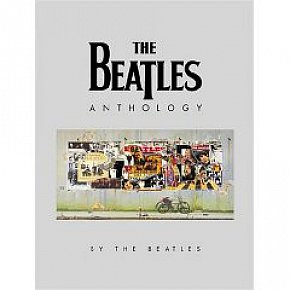 The Beatles' story has been recounted by those who knew them intimately and those who not only never met them but would seem, after enduring a few pages of their authors recycling press clippings, to have had little real interest in them. But it has rarely been told by the only ones who know the true story -- the Beatles themselves. Until now. After the outsiders have had their... > Read more 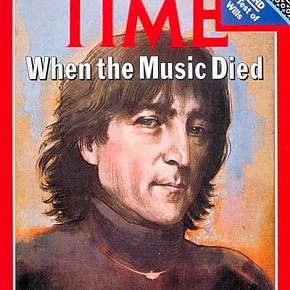 Had John Lennon lived, he would have turned 63 last month. It's interesting to speculate what kind of music he might be making today. Interesting, but pointless: Lennon never saw the trickle-down of punk and new wave; the big-hair 80s; the rise of rap, Madonna and Springsteen; Guns N' Roses, Nirvana and grunge; trends like nu-metal, nu-jazz and boy bands ... Lennon saw none of this. Not... > Read more 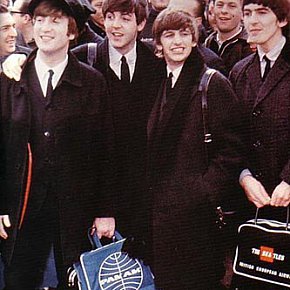 As the saying goes, the past is another country - -often a pretty innocent one, and certainly cheaper. That's why many people prefer to live there. Roll the clock back to over 40 years ago, and look around: a National Government led by Keith Holyoake; the All Blacks back home from a successful tour of France and Britain; Brass Band Parade on 1ZB on a Sunday morning and black'n'white... > Read more 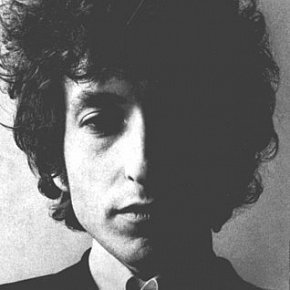 When Bob Dylan's Like a Rolling Stone snarled out of radios more than 40 years ago, its compelling sound grabbing the attention for the duration of its ground-breaking six minutes. Even today it is extraordinary.It begins with what sounds like a pistol shot -- not the first to do so but the most memorable - then organ, guitars, and piano enter setting up a wash of chords before Dylan introduce... > Read more 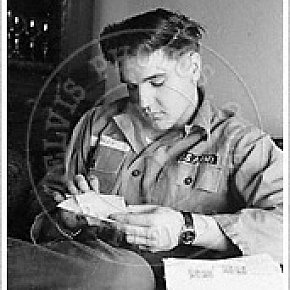 The young man was very much in love, but uncertain whether she loved him any more. He had been in the American army in Germany for more than a year and she was home in Memphis. So he poured his heart out in a letter and addressed his doubts. "I have had feelings that in the last few months something has happened as far as you're concerned, not only because you haven't written but by the... > Read more The legacy of authors is often uncertain. Popular works may fade into obscurity after their death; for others, their words may be elevated beyond the respect they commanded when they lived. Critics say the breadth of work by Maurice Shadbolt is vast but uneven. Most agree his trilogy on the New Zealand Wars -- Season of the Jew (1986), Monday's Warriors (1990) and The House of Strife... > Read more 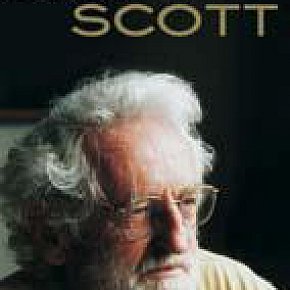 In recent years there has been the inevitable passing of some significant writers who shaped the way we seen ourselves as individuals or a nation. However Dick Scott, one of our finest contributors to the national dialogue through his diverse writing, is still with us and the 81-year old still brings that astute and critical mind to bear, this time in an anecdotal and discursive... > Read more 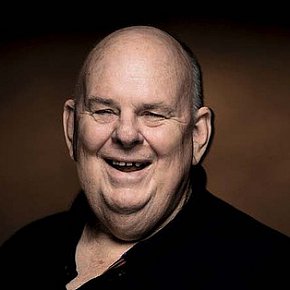 The day after Australian Prime minister John Howard is hailed by US President George Bush as being "kind of like a Texan", Les Murray considers the statement. "Then maybe they'll take him," he muses - then laughs in a high, sharp pitch which punctuates the digressive and amusing half-hour conversation. "He isn't all bad, of course. But he does seem to glory... > Read more 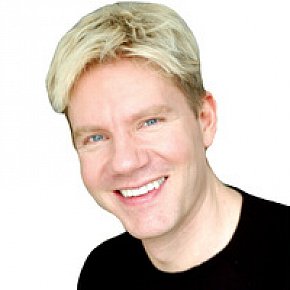 Good news arrives in small paragraphs. Take, for example, remarks from John Caldwell, a professor at the Australian National University in Canberra, at a United Nations conference on demography. If his report was published at all, it was buried behind the stories of tanks rolling into Palestinian camps and the usual warnings about the decline of civilisation through pollution, poor... > Read more 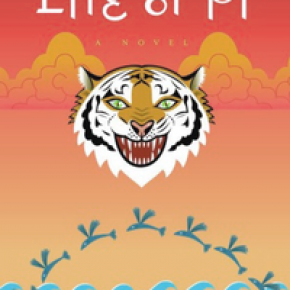 This ingenious, fable-like and gently philosophical novel by Spanish-born, Montreal-based author Martel has not only been salivated over by critics but also longlisted for the Booker. Don't let that put you off. The witty, often deliberately misleading narrative engages from the start, makes probing digressions into matters of faith and commonly held belief, and the core of the story... > Read more 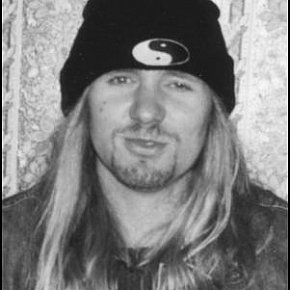 There's Led Zeppelin on the jukebox, a few old soaks at the bar, a pool table in the corner and a handle of beer in front of him. Craig Marriner seems right at home in this world as distant from literary pretension as is possible. At 27, his long, blond hair tied in a ponytail, Marriner fits the profile of one who might know the violent world of dope dealing and life on the edge that is... > Read more 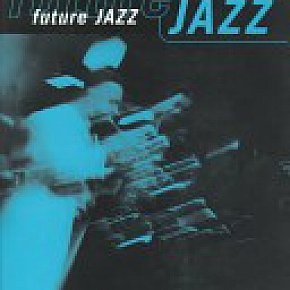 In a recent column I said that when the histories of jazz last century are written one name will loom unnaturally large, that of trumpeter/composer Wynton Marsalis. I speculated this undeniably talented, articulate and media-savvy musician would either be hailed as the one who saved jazz from disappearing into arthouse obscurity or derided as a man who marginalised otherwise important... > Read more 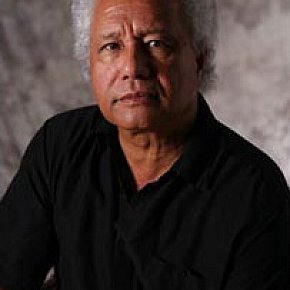 The beer cartons were dumped on the writer’s verandah “like an hermaphroditic orphan.” Inside were random jottings, diary entries, what appeared to be short stories, poems and events in a life which may – or may not – have taken their author across the globe from Samoa and Auckland to Israel and the United States. And accompanying this flotsam of a life... > Read more