One of the more mindlessly amusing one-liners about the Sixties says that if you remember them t.hen you weren’t there. Duh. That sitcom aphorism reduces the decade to flakiness and drugs, and bears no serious scrutiny at all. By rule-of-thumb and common consensus, what are loosely called the Sixties are the five years between She Loves You and Woodstock, a period which witnessed... > Read more John Cale, now 66, was an unlikely candidate for a career in heretical, innovative rock'n'roll. Born in a village in South Wales, he showed prodigy-like musical talent. At 13 he was the viola player in the National Youth Orchestra of Wales, having started on piano and been a church organist. At grammar school he studied Berg, Schoenberg and Stravinsky, played dixieland jazz. Then he heard... > Read more At the launch of the long overdue local publication of his graphic novel Hicksville in Auckland recently, Dylan Horrocks said he grew up in two places: In New Zealand and in comics, and both were on the edge of the ‘real world‘. “This was stuff I thought after I finished Hicksville,” he says later. “It wasn’t like I went in trying to explain this.... > Read more 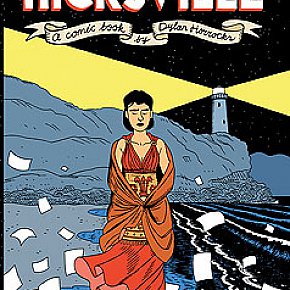 In interviews Dylan Horrocks, the 43-year old New Zealand writer and artist of the graphic novel Hicksville, is candid enough to note that more people in his home country know about his book than have actually read it. That's because it was serialised in his own magazine Pickle over the years from '92 but when the final episode was due he was offered a book deal for Hicksville through a... > Read more 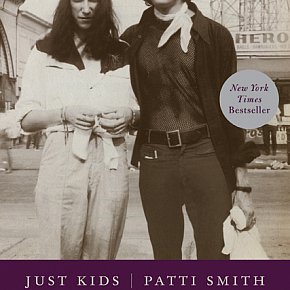 In 2004 when Patti Smith released yet another predictable album, the critic Ian Penman correctly observed, "It sounds like she hasn't heard a single thing outside her own music for about 25 years". Smith, acclaimed for her marriage of rock’n’roll and poetry in the late 70s, has been in a creative whirlpool the past four decades and her constant referencing of her... > Read more 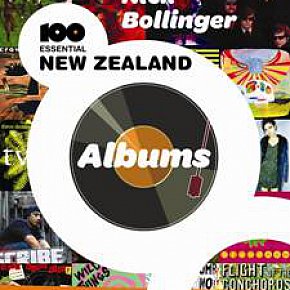 The purpose of books of lists - and the list of lists is growing by the day -- is probably two-fold: you get to look through and tick off what you've got/done/seen or whatever and make a note of other points of interest to see/collect/experience. The second point is to argue with them: in your head you question the selections, howl in disbelief at an inclusion and rail silently at an... > Read more 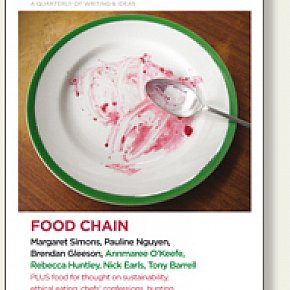 At regular lunches with a group of friends last year our conversation frequently turned to food, and not what was on our plates. We would discuss what might be called the politics of food: how many miles particular foodstuffs clocked up to get into our supermarkets and restaurants; how certain types of fishing were stripping our oceans; and how cheap and bad food is readily available but we... > Read more

Joe Ely who grew up in Lubbock, West Texas (Buddy Holly's hometown) is something of a legend in Americana/alt.country rock: he was on the road in the early 70s hitching around to play gigs far and wide but also formed the formidable band the Flatlanders with Butch Hancock and Jimmie Dale Gilmore (both of whom have gone on to remarkable careers in the own right); and his hard rockin'... > Read more 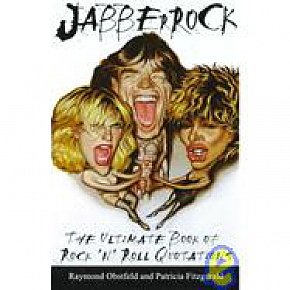 This lightweight but cheap paperback provides some funny observations (such as Elvis Costello's "Rock'n'roll is the lowest form of life known to man"), but mostly it proves we're lucky these people can sing, because their insights can be as shallow as a birdbath. Rickie Lee Jones offers: "I never knew that life was so serious and hard and cruel. You can't depend on anything... > Read more 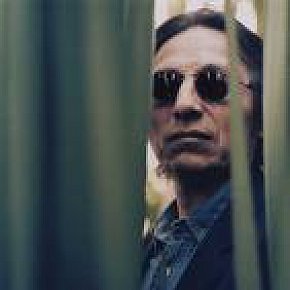 While diplomats and ambassadors exchanged platitudes and gifts in August 1992 to acknowledge the 500th anniversary of Columbus’ first voyage to the New World, others found little to celebrate at all. John Trudell, a Santee Sioux who was spokesman for the Indians of All Tribes Occupation of Alcatraz in 1970 and was for six years from 1973 national chairman of the American Indian... > Read more According to Gunther Grass the sprawling city of Calcutta is like a pile of shit dropped by God. That may or may not be true, but the Maker’s handmaiden, Mother Teresa, confirmed the impression in the minds of many that this was a city of abject misery peopled by the dying and hopelessly infirm. Only a fool would deny Calcutta its extensive poverty, but a city of 14 million souls has... > Read more In 1980 presidential candidate Jimmy Carter leaned over to journalist Larry Kane and said, "So I heard you toured with the Beatles. What were they like?" Even the 39th President of the United States wanted to know about those young men who changed the social and musical landscape of the 20th century. And Kane should know - he was the only American reporter in the official press... > Read more 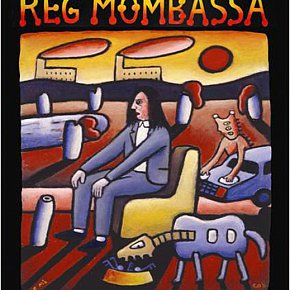 Less than a year after he had what the designer of the Sydney Olympics 2000 closing ceremony called “the biggest one-man show in history”, the artist known as Reg Mombassa was part of a group show in Wellington. For Sydney-based Mombassa -- born Chris O’Doherty in Auckland in 1951, and founder member of the Australian rock band Mental as Anything -- it was an amusing... > Read more 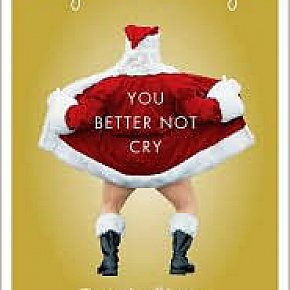 Ah Christmas: ‘Tis the season to be . . . despondent and predictable? It is the time to bemoan the commercialisation of a Christian festival, to listen as miserable souls announce “I hate Christmas” to all who will listen, and recall those ghosts of Christmas past when the festive season turned into family turmoil or personal disaster.  Few of us however have probably... > Read more 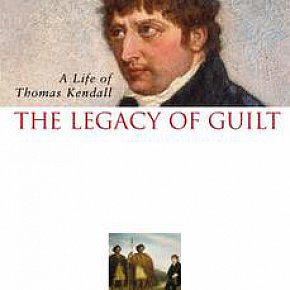 Had 19th-century missionary Thomas Kendall remained in England he may have enjoyed a rewarding, if undramatic, career ministering to a modest parish. He certainly would have had a less demanding and troubled life than that which unfolded when he arrived in New Zealand in June 1814 with his wife and five children.  Kendall was 36 and an enthusiastic advocate for the Anglican Church... > Read more 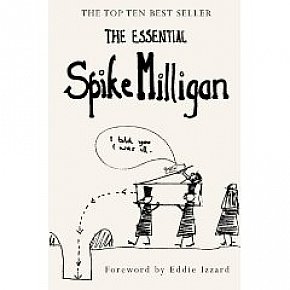 On New Zealand's national Poetry Day in 2004 a television news team buttonholed people on the street and asked them to recite a piece of poetry. One guy did an impromptu local variant of Spike Milligan's Silly Old Baboon. By coincidence, that very day a letter writer to the New Zealand Herald expressed outrage about the artist et.al being chosen as New Zealand's entry for the Venice... > Read more 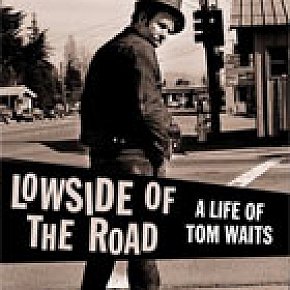 One of Tom Waits’ most eerie yet surprisingly popular songs is the speculative What’s He Building? from his 1999 album Mule Variations. In it neighbours wonder about the odd nocturnal activities of their neighbour: "He has no friends and his lawn dying ... enough formaldehyde to choke a horse, what's he building in there?" They -- and by extension the listener --... > Read more 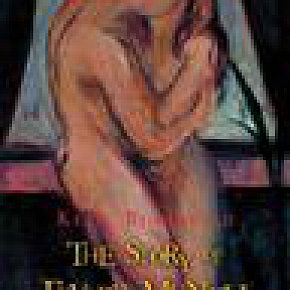 If we believe that, as is commonly said, great art is born of great suffering then Norwegian painter Edvard Munch (1863-1944) was born to make great art. He certainly exceeded his quota of great suffering. Munch's mother died of tuberculosis when he was 5 and his sister Sophie - the subject of his first major work, The Sick Child - succumbed to the same disease nine years later. His... > Read more 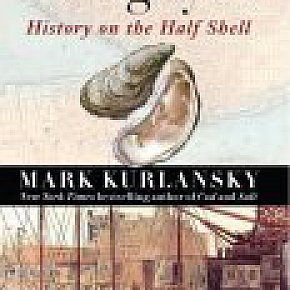 One of the conspicuous growth areas in non-fiction has been in the genre of what we might call single-issue histories where a writer takes a seemingly mundane or commonplace subject -- be it tulips in Amsterdam, the humble potato or ubiquitous chocolate -- and expand a history around it. The acknowledged master of this genre, and the most persistent and assiduous in his research, is New... > Read more 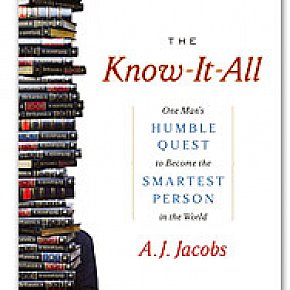 Some men cross deserts of ice and others sail solo around the world, but New York journalist Jacob’s endurance test was more demanding. Because he felt he had been smarter at university than he was working as an editor at Esquire (where he knew details of Britney's life) he decided he needed to arrest his long, slow slide into increasing dumbness. So he decided to read the... > Read more

Ian Dury: There Ain't Half Been Some Clever Bastards