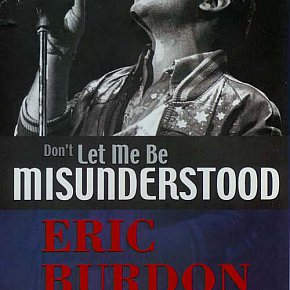 Eric Burdon -- frontman for Newcastle's ragged r'n'b band the Animals in the 60s -- tells a good story. In fact his life is a series of good stories, and before his New Zealand tour in 2001 he was spinning tales of rock yore down a phoneline from his home in California as if he was sitting at a beer-soaked table in a northern pub. And when he arrived in town to play with yet another line-up... > Read more The Japanese phenomena of manga (comics) and anime (animated films) have long commanded Westerners‘ attention: they are often violent and sexual graphic, some explore arcane myth, others are hopelessly romantic, and some are social documentaries. There have been numerous attempts at penetrating their layers of meaning (Frederick L Schodt’s Manga! Manga! from the mid 80s is... > Read more 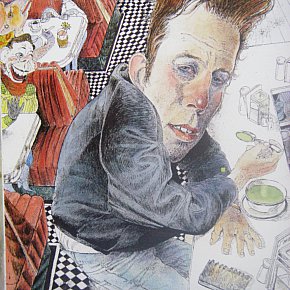 The musical journey of Tom Waits -- from bohemian barfly poet with an affection for the Beat Generation and Raymond Chandler to the clank’n’grind noir-noise of his more recent albums -- has been one of the most rewarding in rock culture. Although immediately that needs qualification: Waits has been of rock culture but never part of it. As Luc Sante of the Village Voice notes... > Read more 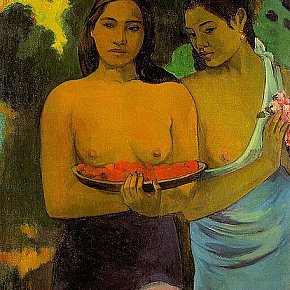 Auckland-based Pasifika poet Marsh has appeared before at Elsewhere and she's always welcome. Her poems are insightful, sometimes deliberately lacking in subtlety (because she can certainly do subtle) and always have something to say. I believe -- I hope -- there is an album coming of her readings. Because here (as with Fast Talking PI previously posted) she makes you listen and think.  > Read more

When Helen Clark offered an official government apology to the people of Samoa in 2002 it was easy to be cynical: there was an election looming (some 115,000 people in New Zealand identify themselves as Samoan), and it came around the same time as she offered apologies to the gay and Chinese communities for historic wrongs. Yet -- as this detailed and compelling account by one of the... > Read more Subtitled “eccentric characters from New Zealand’s past” this collection of short biographical articles by Dunmore -- Professor Emeritus of French at Massey, Companion of the New Zealand Order of Merit in 2001 -- is considerably more insightful than it looks. To his more than two dozen, diverse subjects -- from ambitious or oddball early settlers through to the singular MP... > Read more 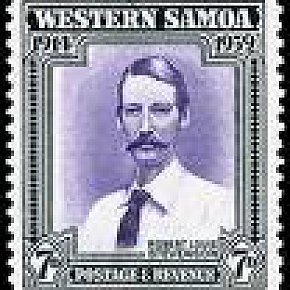 When Robert Louis Stevenson died at 44 in his Samoan home, half a world away from his birthplace of Edinburgh, he left a remarkably diverse body of work. In fewer than two decades he turned out popular romantic novels (among them Kidnapped and Treasure Island), the psycho-drama of The Strange Case of Dr Jekyll and Mr Hyde, numerous poems, insightful travel books, many essays and short stories,... > Read more 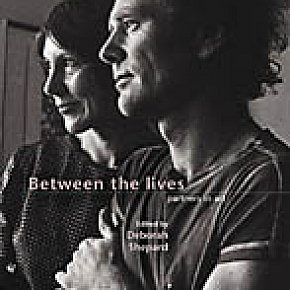 An intimate relationship between creative people may be as volatile and destructive as it can be productive and rewarding. And almost inevitably one partner, for reasons of success or force of personality, can dominate at the expense of the other. This illustrated collection of nine essays (which eschew the obscurantism of much academic writing) looks at relationships between some... > Read more 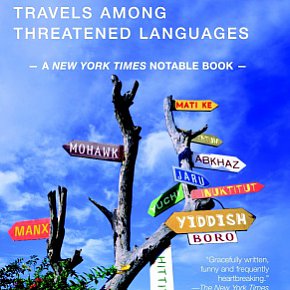 When Captain James Cook ran aground on the Great Barrier Reef he spotted an unusual animal and was told by the aboriginal people it was called “kangaroo”. When he sailed home he took a stuffed specimen and the word -- the first aboriginal word to be adopted by the English language -- back to London. Two decades later colonists at Botany Bay pointed to the animal and called it... > Read more 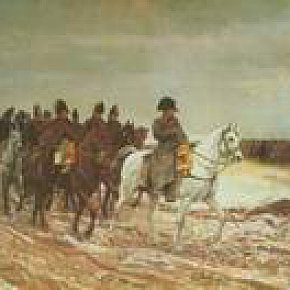 Few people -- even American Republicans these days -- still believe the invasions of Afghanistan and Iraq had much to do with containing terrorism, and various truths about the impetus for these events contend for attention. Doubtless, as with most enormous affairs in world history, time and access to more information from all sides will make things more clear. So don’t expect... > Read more 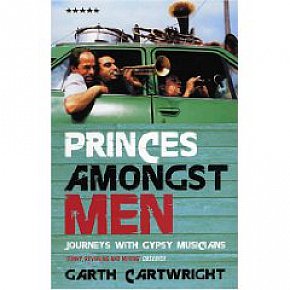 London-based author Cartwright made his name in New Zealand in the late 80s/early 90s as an opinionated and often contentious art and music critic, and an award-winning journalist. His pugnacious approach to the art establishment ensured a bad boy image, but Cartwright backed it up with acute and provocative writing, although his star was tarnished by a notorious piece of plagiarism in... > Read more 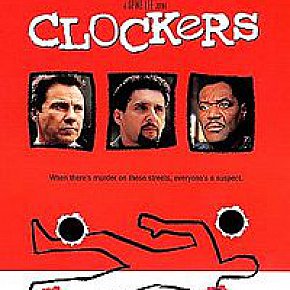 Richard Price barely has to open his mouth and you know where he’s from. The voice is direct with a “yeah, well” shoulder shrug delivery and nothin’s like, too exact, you know? Words get bitten off, sentences sprinkled with streetwise epithets and answers come before the question is finished. Fast talk because it suits the faster life. Welcome to the Bronx. This... > Read more 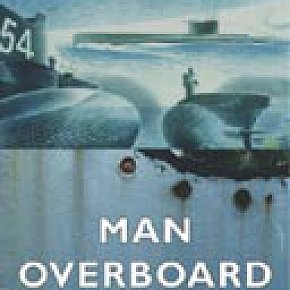 Novels based on historical characters are always fraught: one weakness in important detail or tone of the period and the whole structure collapses. Binding’s novel therefore treads in dangerous waters: it is based on the 1956 disappearance of Commander Lionel Crabb, a British war hero and frogman who was last seen near Portsmouth where a warship carrying Soviet premier Khrushchev had... > Read more 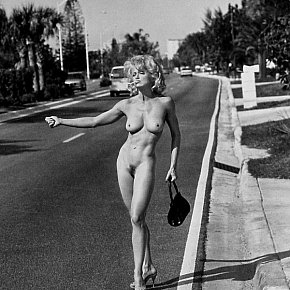 Two years before she had a hit record, Madonna told her friend Erica Bell: “I don’t just need attention. I need all the attention. I want everybody in the world to know who I am and to love me.” And the game plan for Madonna Ciccone – an all American cheerleader with an IQ of 140 – was to “travel through people”, to use them to fulfil her own needs... > Read more 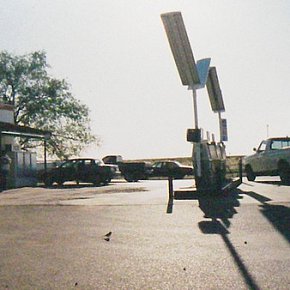 This dark and depressing novel is an impressive debut by Vlautin, the frontman and songwriter for the American alt.country band Richmond Fontaine whose music is, unfortunately, little known here. The band’s melancholy album The Fitzgerald was a result of Vlautin living in the rundown Reno casino of that name and is peopled by marginal, stale cigarette characters who live whisky-soaked... > Read more 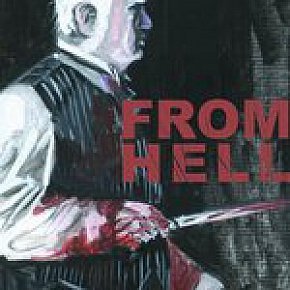 That there's yet another version of Jack the Ripper in cinemas - From Hell starring Johnny Depp, and based on this graphic novel - is hardly surprising. The mysterious Jack has fascinated generations of film-makers for three reasons: location, location, location.Think London in the late 19th century: narrow cobbled streets barely illuminated at night by flickering gas lamps; thick mist to cloak... > Read more 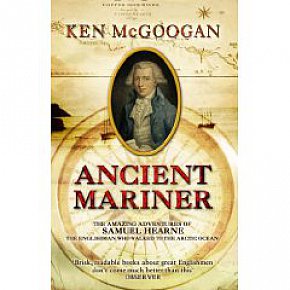 In the middle of the 18th century only 20 per cent of ordinary sailors in the Royal Navy were volunteers, the rest had been press-ganged into service. The reasons why so few willingly joined were simple: the money was lousy, the conditions woeful - on a typical frigate there would be two or three floggings a week. A Navy career also tested the immune system. During the entire Seven... > Read more 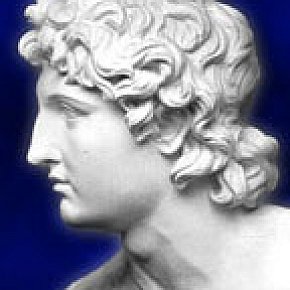 You know how it is, you see Charlton Heston parting the Red Sea and you think, “Man, I should read that book. It looks kinda neat.” Or you watch Michael Jackson: The E! Hollywood True Story and decide you’d love to read a biography of that troubled and troublesome soul. Right now there is a glut of bio-flicks in cinemas which, by the very constraints of film, sometimes... > Read more 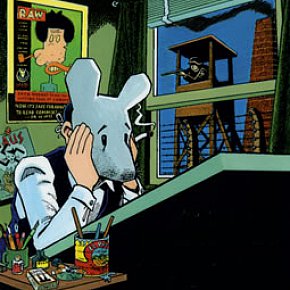 Art Spiegelman – like many authors one suspects – can’t resist looking for his book in stores. But the categories bookshops have are seldom very useful he says, and his book Maus, a 160 page paperback-sized comic, defies convenient pigeonholing. Store owners think it is “humour” because it’s a comic (”people looking there certainly aren’t... > Read more 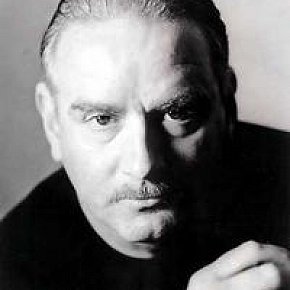 It was an afternoon in June 1846 when Charles Dickens finally broke the writing block which had been troubling him. It had been two years since his previous novel, but these last weeks present walking in the hills of Switzerland above Lausanne had allowed him to sketch out the framework of a book. In his study overlooking the lake, Dickens – a man of curious personal superstition... > Read more