Often considered a barometer of contemporary New Zealand writing, the long-running Sport can in truth no more be a measure of our literary world than a Christmas compilation CD is a clue to the state of local music. Disparate voices, topics, concerns and styles are all evident in Sport’s clean and readable layout -- but that is the attraction: here is a free-wheeling journey in the... > Read more 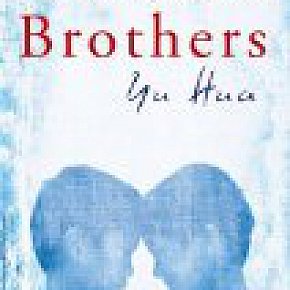 If music may be considered a universal language because it can transcend the limitations of words, conversely word-based humour is constrained by those boundaries. Western readers coming to this 640-page paperback -- which has been enormously popular in China -- may feel that such humour as there is in the first quarter to be thin, repetitive and delivered in laboriously flat prose.... > Read more 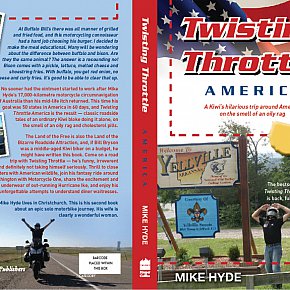 You can’t deny Mike Hyde from Christchurch has seen a lot of America -- but you’d also add quickly he barely encountered it. That’s what happens when your task is riding your Suzuki 1000cc V-Strom through 50 states in 60 days. Whole states fly by with John Denver, Roger Whittaker, Neil Diamond and Sweet in the helmet speakers: Tennessee gets three pages and very little... > Read more 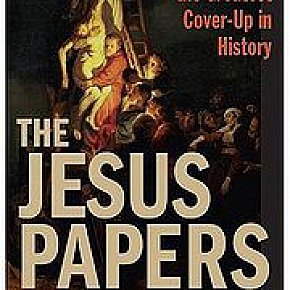 When the court case between two of the authors of The Holy Blood and the Holy Grail and Dan Brown, author of The DaVinci Code, was being played out in London a couple of years ago, commentators noted the obvious difference between their books: one was -- purportedly -- a work of non-fiction research and the other was a mystery-thriller novel. What no one commented on was how much Holy Blood,... > Read more 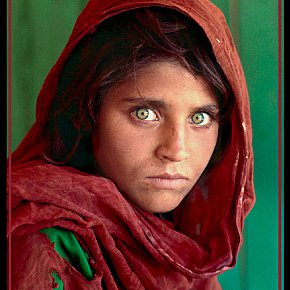 The old man emerges from a halo of half-shadow, golden light catching his white beard, pinpoints of sun creating white flares in his penetrating eyes. Like an Old Testament prophet or a portrait from Rembrandt, he seems to come from beyond time. “It was late afternoon and we were in one of the big forts with mud walls,” says photographer Steve McCurry. “Low light came... > Read more 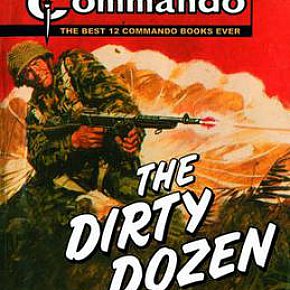 Those weary of the on-going acclaim for sophisticated graphic novels -- essentially comic books for adults with layered novelistic narratives and innovative graphic design -- will welcome this fat, old school collection of a dozen 60s comic books from the Commando series chosen by the magazine’s longtime editor George Low. Here are simple yarns of derring-do from the Second World War... > Read more 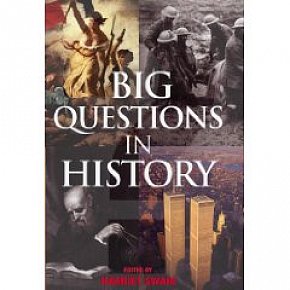 History is, as a wise man once observed, just one damned thing after another. But we remain endlessly curious about it: each new generation or political ideology seeing it through its own prism and interpreting events accordingly. Pity then the editor -- in this case Swain, deputy features editor of the Times Higher Education Supplement -- who tosses out 20 big questions to various academics... > Read more 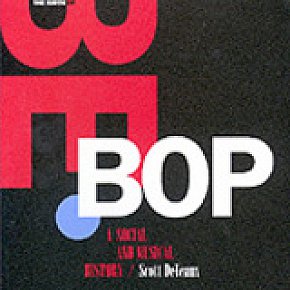 Suggesting that this engrossing, historically investigative and anecdotally amusing book should be reviewed because it asked the question, "Was bebop jazz a revolution or simply a musical evolution?" drew the response: "Yep, that's a question that keeps most people awake at nights." Fair enough. But in these scrupulously annotated, occasionally academic 450 pages, this... > Read more 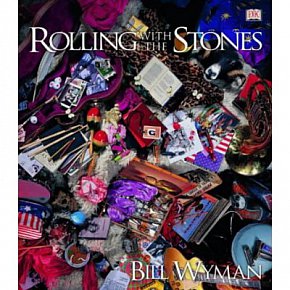 There's a widespread belief - peculiarly pervasive among rock writers, oddly enough - that Bill Wyman's Stone Alone autobiography of the Rolling Stones was boring, as if this was a surprise. Wyman, the bassist who quit in late '91, was always the odd man out. Seven years older than Mick Jagger and born with the superbly Dickensian name William Perks, Wyman stood apart from the... > Read more

The Rolling Stones: The Singer Not the Song (1965) 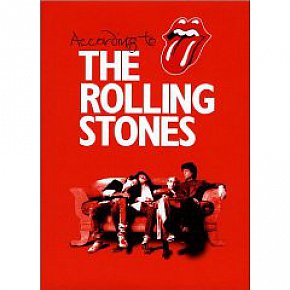 The Rolling Stones have had quite a marketing profile in their 40th-anniversary year: the reissue of all their early albums through to the mid 70s; the 40 Licks double-disc hit-stacked compilation; the 40 Licks global jaunt (billed as their "farewell tour" in some circles) which has been more musically and financially successful than any previous one; the new DVD live set; and now -... > Read more 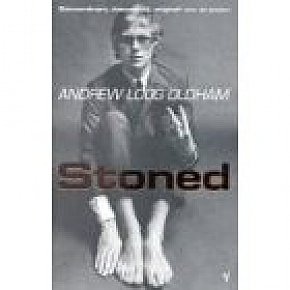 Andrew Loog Oldham enjoyed considerable notoriety in the early Sixties as the young manager/producer of the Rolling Stones. He hit the headlines in his own right for his liner notes to a Stones LP (which appeared in New Zealand as The Unstoppable Stones, an Essential Elsewhere album) in which he advised fans who didn't have the money to buy it to knock a blind man on the head and steal his... > Read more

The Rolling Stones: Under My Thumb

Before the whirlwind of success hits, there are often significant moments in the early careers of famous rock musicians: a teenage Elvis walking into Sun Records’ studio in Memphis to record a birthday song for his mother; the young Paul McCartney being introduced to a drunk John Lennon at a village fete; Mick Jagger and Keith Richards meeting on a bus . . . Such stories, with... > Read more 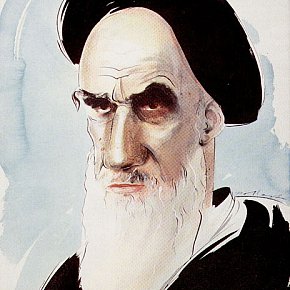 Within weeks of Ayatollah Khomeini returning to Iran in 1979 after almost 15 years in exile, the Islamic Revolution he had envisioned and agitated for was complete and a ruthless, fundamentalist theocracy had been installed in Tehran. One of the many strictures imposed was the banning of Western music which the clerics saw as a corrupting influence. When asked by an interviewer if that... > Read more 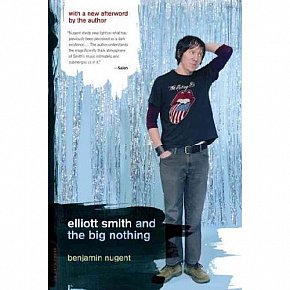 When American singer-songwriter Smith was found dead in October 2003 at age 34 it hardly came as a surprise to many of his small but loyal following. Smith’s lyrics had been suffused in gloom, and his depressive personality combined with intermittent drug addictions made his early demise seem all but inevitable. What did surprise however was the manner of his death: he was apparently... > Read more 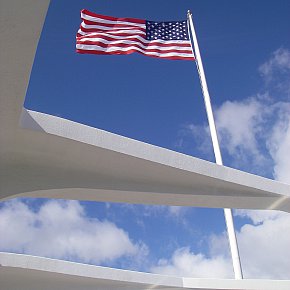 Recently a well-known New Zealand columnist asked if, given the election of the new and popular president, it was possible to like America again. Perhaps the writer was being witty. But for many -- here, but more especially in Europe -- equating America’s political reach for the amorphous, diverse and often quite extraordinary country that is “America” seems common. Since... > Read more

When posting Sonic Youth’s Daydream Nation (1988) as an Essential Elsewhere album last year, I noted that it was as emblematic of its time as the Beatles’ Sgt Pepper’s. But, as with The Velvet Underground’s influential debut album, it also stood diametrically opposed to the prevailing mood of its period. If this was the alternative nation on the rise -- as this... > Read more 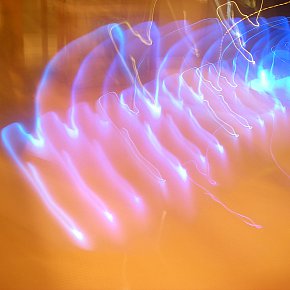 The woman on the intercity bus to Seoul wasn't paying much attention to the film flickering on the television screen above the driver's head. It was a distinctly odd choice anyway: Brother Sun, Sister Moon, Franco Zeffirelli's hippie-period life of St Francis of Assisi, with fey music by Donovan. Even dubbed into Korean, it wasn't of much interest. But abruptly she leaned forward and... > Read more

Famous and popular Brit author (High Fidelity, About A Boy, Fever Pitch) Nick Hornby writes about his 31 favourite pop songs. And we should care? But this is actually an extended, digressive, amusingly provocative essay -- and not all the songs and artists are his favourites. Of the earnest Seventies folkies Richard Thompson and his wife Linda, he says they looked like miserablists out of... > Read more 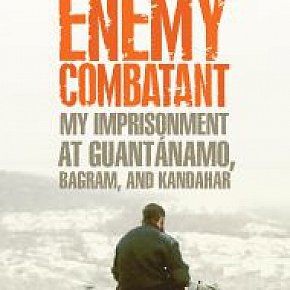 The impending closure of Guantanamo Bay prison will bring an end to an especially dark chapter in American history and geo-politics . . . But perhaps not to the Orwellian newspeak so many Americans in public life resort to: of the suicides of three detainees at Guantanamo prison in 2006 the American base commander referred to the deaths as “asymmetrical warfare”, a bewildering... > Read more 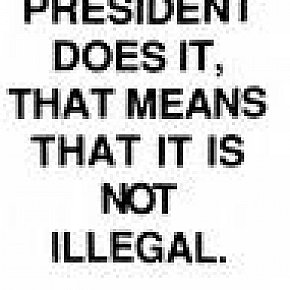 If there is a sense of deja-vu about the current political landscape in the United States it is perhaps less Barack Obama being hailed as the inheritor of the mantle bequeathed by those golden martyrs John F Kennedy and Martin Luther King than it is in the presidency itself. This Bush (“Omega Bush” as some critics call him, as opposed to his father “Alpha Bush“) has... > Read more