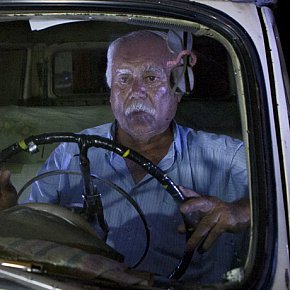 The annual festival of photography which opens in Auckland today at various locations, is more than just a showcase of the work by many and diverse photographers but also offers the viewer an insight into the lives of others. And many images also tell us something about we live. The full programme for the festival is here, but note also it includes not just exhibitions but workshops,... > Read more 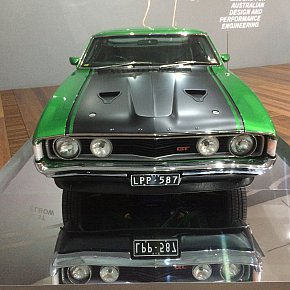 Amidst the highly polished and gleamingly seductive automobile flesh in Melbourne's National Gallery of Victoria right now is an oddity which draws a lot of attention. It is a battered, dust-coloured flatbed Ford ute from 1934. It was found under a peppercorn tree in nearby Gippsland in the 80s and is presented much as it was, untouched by restoration. In the company of... > Read more 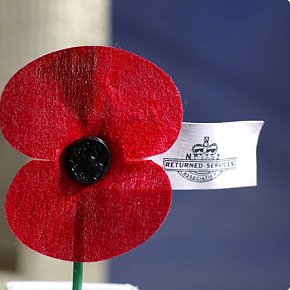 When the recording of Blue Smoke by the Ruru Karaitiana Quintette was released in February 1949, the Second World War had only been over for around three and half years. The memories of loved ones who never returned were still fresh and painful, and in many homes -- even for decades after -- their photos were on lounge walls or the top of the sideboard. Or lining the walls of marae... > Read more 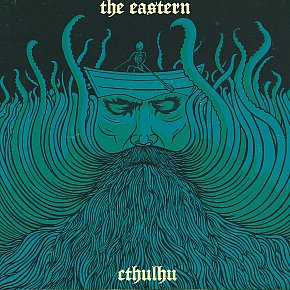 Here's something we like and use it draw your attention in advance of Record Store Day tomorrow. Rough Peel in Wellington has its own label and has done vinyl of albums by the Eastern, Mantarays. Ladi6 and many others. But they also popped an interesting single -- mine is clear plastic -- with the Eastern doing a Beastwars song (the one posted) and Beastwars doing an Eastern song (State... > Read more 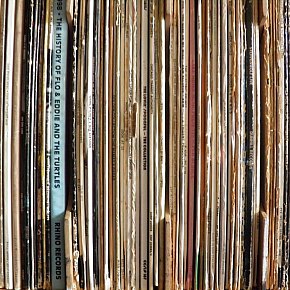 The annual Record Store Day is an opportunity to show the love for vinyl as artists local and international issue good old fashioned records, many of them limited editions and often coming in special packaging. So now is not the time to be worried about the credit card, just let it do the work this coming Saturday, April 18. We offer here a quick rundown on what stores are doing... > Read more Every year since 2010 the Taite Music Prize – named for the late journalist and music aficionado Dylan Taite – goes to an artist whose album of the previous year, irrespective of commercial success, is considered outstanding for its consistent creativity. Previous winners have been: Lawrence Arabia, Chant Darling (2010); Ladi6 ‘The Liberation Of’ (2011);... > Read more 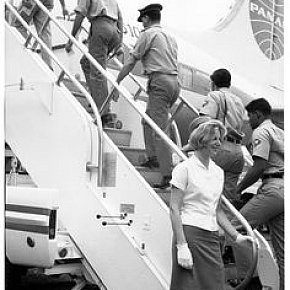 In 1969, as an 18-year old, I went to Vietnam. Not to fight of course, but as a short-term "tourist". It was a brief event in a long life but confirmed for me even at that early age that here was a war which could not be won by traditional military means. I thought the same of various countries in the Middle East when I flew over them some decades later. A few years ago I was... > Read more When Lucia Carbines says some bodies are more flexible than others you believe her, because this affable, Christchurch-born 20-year old is the elastic proof. As “Miss A In A Bubble” – wearing a stars'n'stripes one-piece, her long hair tucked into a red bob wig – Carbines performs her balletic contortions at the Empire show in the Spiegeltent to audiences hushed... > Read more The Star in Sydney – a block-occupying casino-cum-hotel with restaurant and bar complexes so large it needs needs no other name than that for a taxi driver – has at least half a dozen entrances. As I discovered. But to find the red carpet for the ARIAs – the Australian music awards – was easy. I just followed the screams. Last night among... > Read more So this is the end. The final concert on the Rolling Stones 14 on Fire tour. And there are no other tours scheduled. They won't go on the road again, and we can dismiss Keith Richards' comments like “you can never tell with this band”. Could they be bothered going through this all over again in five or more years? So this is the end. But what... > Read more Here's something I sometimes tell the young students in my New Zealand Music Studies course at the University of Auckland: The first music awards show I went to in about 1988 was held in a small room in what is now the Langham Hotel. That room must have held maybe 60 people and my recollection was – aside from Herbs who made up quite a crew – there were... > Read more Wrapped in a cover from the evocative shoot on Primrose Hill in 1966 by Gerard Mankowitz -- which gave the band their Between the Buttons album cover -- this high-end, 600 page photo-history of the Rolling Stones gives you some idea of how the mighty have risen. It comes with a foreword by former US president Bill Clinton. Not bad for a band which was once denounced in the British... > Read more

Get Off Of My Cloud Behind most hit songs -- perhaps even behind many songs -- there can be an interesting story. As songwriters tell us in the Famous Elsewhere Songwriting Questionnaire, very few songs dropped fully formed into an artist's lap. The story behind Harry Nilsson winning a Grammy in 1973 for Without You is interesting, but also comes with a patina of sadness. Badfinger were a British pop band... > Read more Police. Security. Screams. A singer comes to town. Because I've spent the past week immersed in a collection of essays and rants entitled Bubblegum Music is the Naked Truth, I'm a bit bemused but increasingly annoyed by the babble from adults about tweenie star Justin Bieber. I heard him on radio dismissed with the self-damning line from a commentator, “I'd never heard of him... > Read more ALL APOLOGIES: The insincerities of saying sorry

At last! Although seriously serious old Beatles' fans didn't have long to wait. Just fortysomething years after the band broke up . . . but a mere five years since their albums and singles were given long overdue remastered reissue, here it is. Mono Beatles at last on vinyl record again . . . a real back to the . . . Well, in truth, not "back to the... > Read more

Only a Northern Song (mono) In early 2011 I was invited by JB HiFi to collate -- for a giveaway booklet through their New Zealand stores -- the 101 albums I thought which should be in any serious music collection. That was the start and end of their input, they left me alone to deliver what I considered cornerstone albums ofr a broad-based collection. They also posted the selection on-line for comment and asked... > Read more The most extraordinary thing about the extraordinary Colin Linwood is just how ordinary he is. In his early 50s, he's married with children, has worked from the time he left school, is trim and in good condition, and when he walks into the lobby bar of the Heritage Hotel in Auckland for a chat, few in the room give him a second glance. He's an ordinary man . . . and at home he has . . .... > Read more It's a happily weird thing, especially at this time of year, to listen to taonga puoro master Horomona Horo evoke the sounds of New Zealand bush and its native birds . . . then walk outside into the 36 degree heat and hot breeze. Even with the ocean on its doorstep and the towering jungle of Mt Santubong at its back, the Damai region of Sarawak – about 40 minutes from the city... > Read more For many years now I have been contributing a 20 minute chat with music to Radio New Zealand's Upbeat segment on the Concert Programme. My brief has been broad, so broad that I might be best described as "contributor without portfolio" because I have covered world music (not just worthy ethnographic stuff, quite a lot of pop), Indian Bollywood psychedelic music, songs from the... > Read more